A 40- to 48-inch TV is an excellent size range if you need a TV for a compact space. You can sit fairly near to a 4K 40-inch smart TV without the picture quality suffering. If you have a tiny living room or limited wall space, a 43- to the 48-inch model can be a fantastic match. Some lifestyle models also serve as discussion starters and mix in seamlessly with your decor.

It’s a good idea to consider how you’ll use the TV because 40-inch TVs are so versatile and function well in a variety of settings. If you’ll be using the TV in the living room to watch movies or play games, you might want to consider a more expensive OLED model with the most recent high dynamic range (HDR) technology. A budget 1080p model would do just fine in a guest room or child’s room. 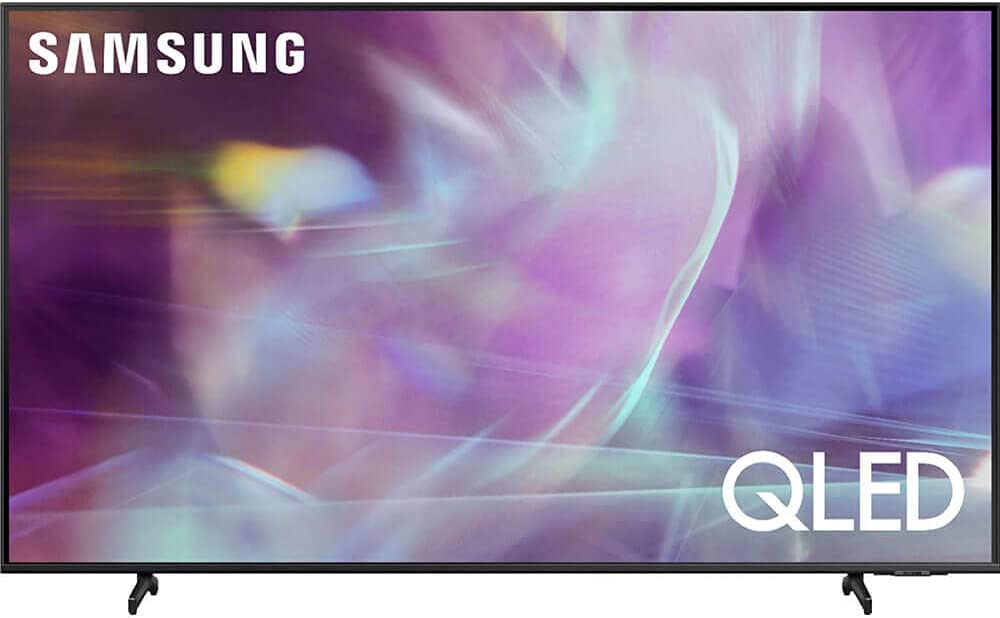 Samsung’s Q60A line’s 43-inch model achieves an almost ideal blend of features, performance, and cost. It has a 4K QLED display with HDR10+ compatibility, producing incredibly vivid colors and deep blacks. Additionally, even with a lot of natural light present in the space, it is bright enough to appear nice in most lighting situations.

You won’t have to worry about broadcast TV channels or your DVD library being pixelated on the 4K display because upscaling performs excellently as well. Another helpful feature that is not frequently seen is the solar-powered remote. You won’t ever need to worry about running out of batteries because the remote charges itself whenever it is exposed to light.

The Sony X80J’s 43-inch model has a 4K LED display that is HDR10 and Dolby Vision compatible. Although the display isn’t bright enough for colors to shine in HDR-capable movies, colors still appear fantastic in content that is supported. When price and performance are taken into account, this TV performs well overall, despite some contrast difficulties with the IPS panel.

It works well for watching TV shows, including upscaled DVD and broadcast TV material. The outstanding response speed is ideal for viewing fast-paced sports, and the remarkably minimal input latency makes it a decent enough alternative for gaming. 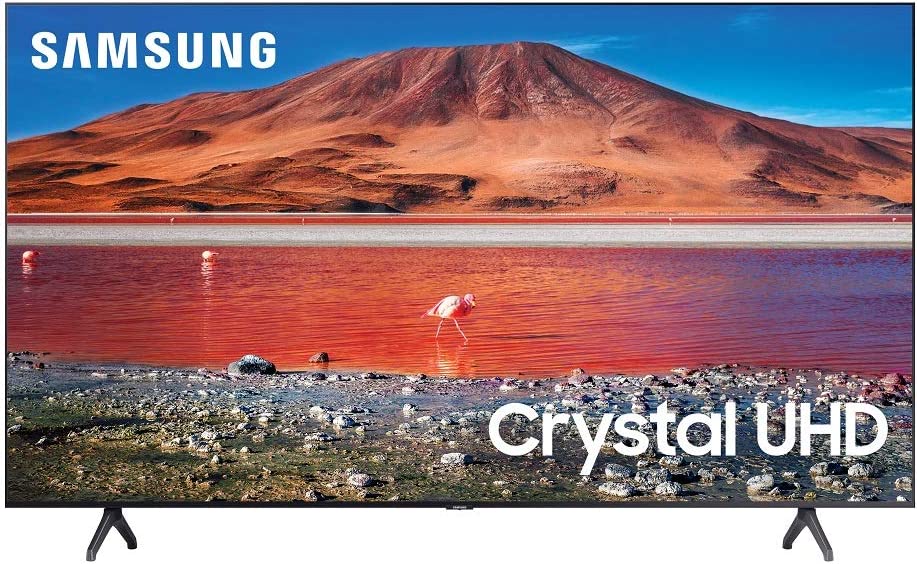 A 43-inch UHD TV with a surprising number of capabilities and an incredibly small design is the Samsung UN43AU8000. The 4K display is incredibly clear, HDR10+ support makes colors jump, and upscaled DVD and television programming looks fantastic. This variant has a voice remote that supports three different virtual assistants in place of just one, allowing you to use Bixby, Alexa, and Google Assistant hands-free.

Additionally, it has Samsung TV Plus, which offers free access to a huge selection of streaming content and even offers recommendations that are specifically targeted to help you decide what to watch next. And if you have one-touch casting enabled on a compatible Samsung Galaxy phone, you can screen share from your phone, PC, or Mac. 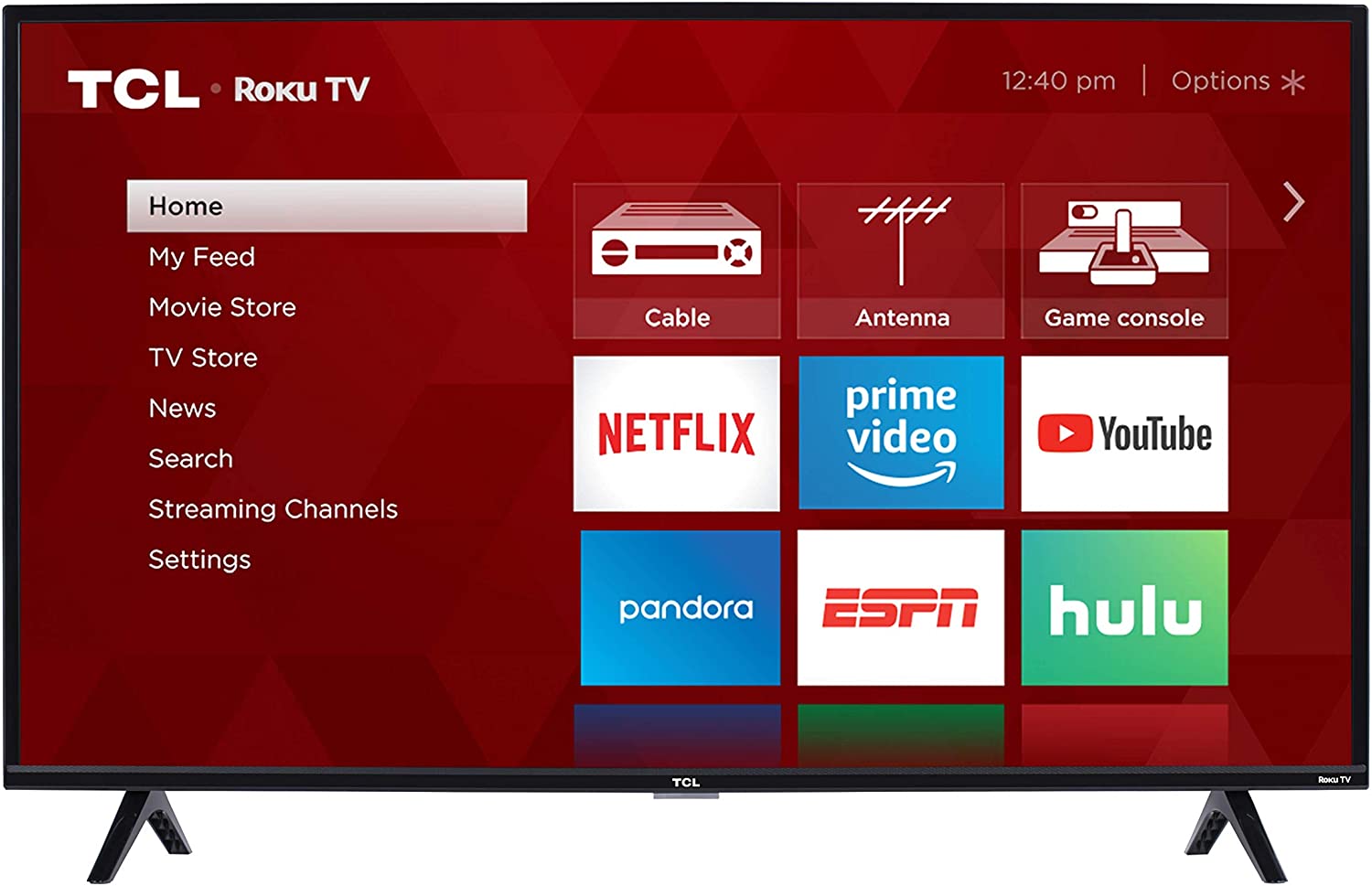 If you’re on a tight budget, the TCL 40S325 is a no-frills option that’s terrific. Full High Definition (FHD), or the ability to display a maximum resolution of 1080×1920, is provided by the 40-inch LED panel, which provides an adequate picture. At this scale, that is more than sufficient. The TCL 40S325 has a ton of features despite costing less than some more costly TVs, even though it lacks some of its capabilities.

Since Roku is already a part of it, you won’t need to spend money on a separate streaming device to access your favorite websites like Netflix and Disney+. If you have a cable or antenna, it enables broadcast TV, and you can even operate it with a coordinating smartphone app. Three HDMI connections are also included for connecting gaming consoles and other devices. 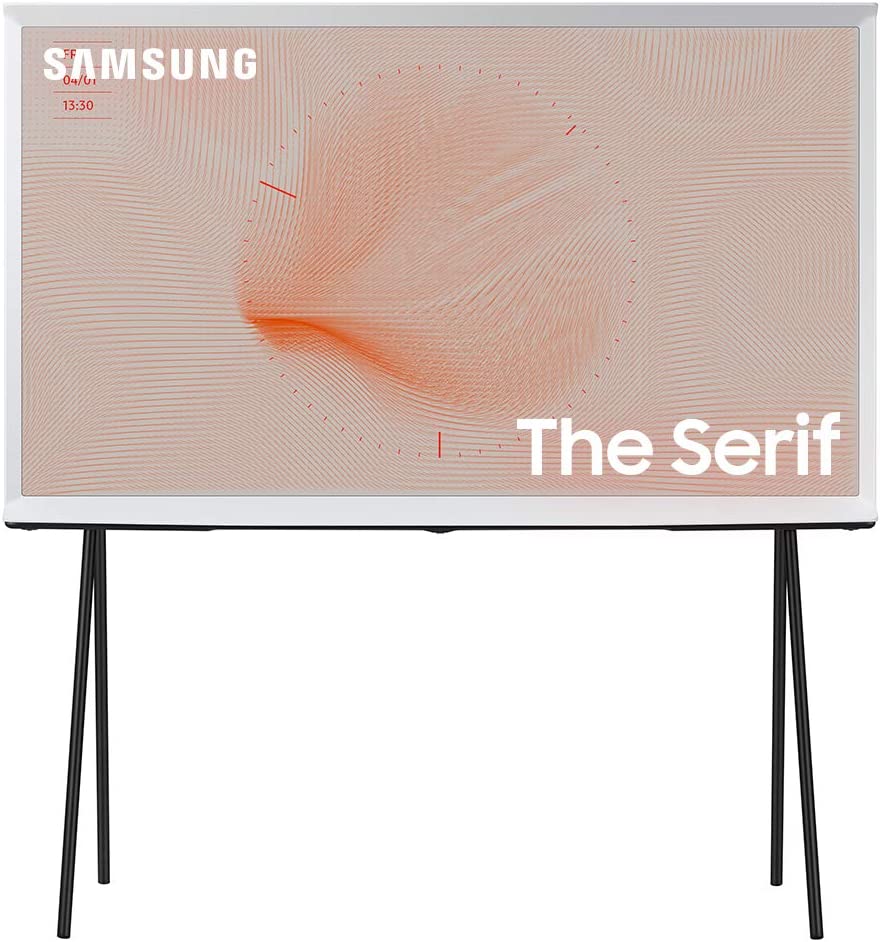 The Serif fits the bill if you’re searching for a TV that stands out and can serve as a conversation starter thanks to its distinctive I-frame design and long easel-like legs that are reminiscent of mid-century contemporary decor. Although it doesn’t have the greatest panel or support cutting-edge video technologies like HDR10+ or Dolby Vision, the image is still passable.

The fact that it doesn’t resemble a TV is its key selling point. When not in use, you can set it to display pictures or artwork. Alternatively, you can use the companion app to take a picture of the wall behind the TV, which will then be displayed on the screen to provide the illusion of a see-through effect. The Serif also offers an NFC media connection, allowing you to stream music without any hassle by placing your phone on top of the TV. 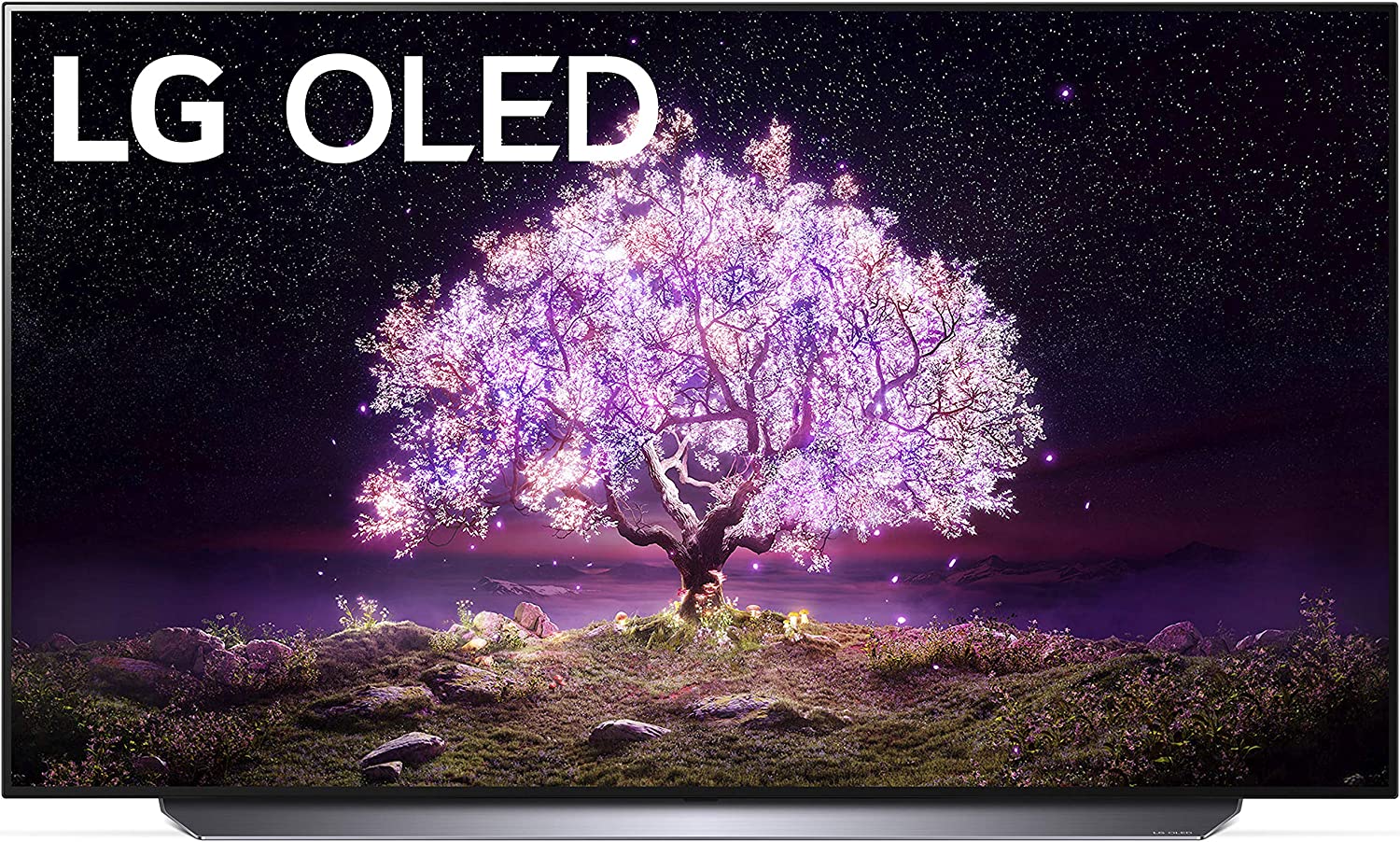 The LG OLED C1 is huge enough to put on a wall and relax on your couch for console gaming in comfort, but it’s also a PC monitor that’s worth taking into account. It’s a bit large to use as a desk monitor for PC gaming, but if your desk is large enough, the gorgeous OLED panel makes it worth the chance.

With native refresh rates of 120Hz and complete compatibility for both AMD’s FreeSync and Nvidia’s G-Sync, it is equally suited for high-end PC gaming and current-gen console gaming. 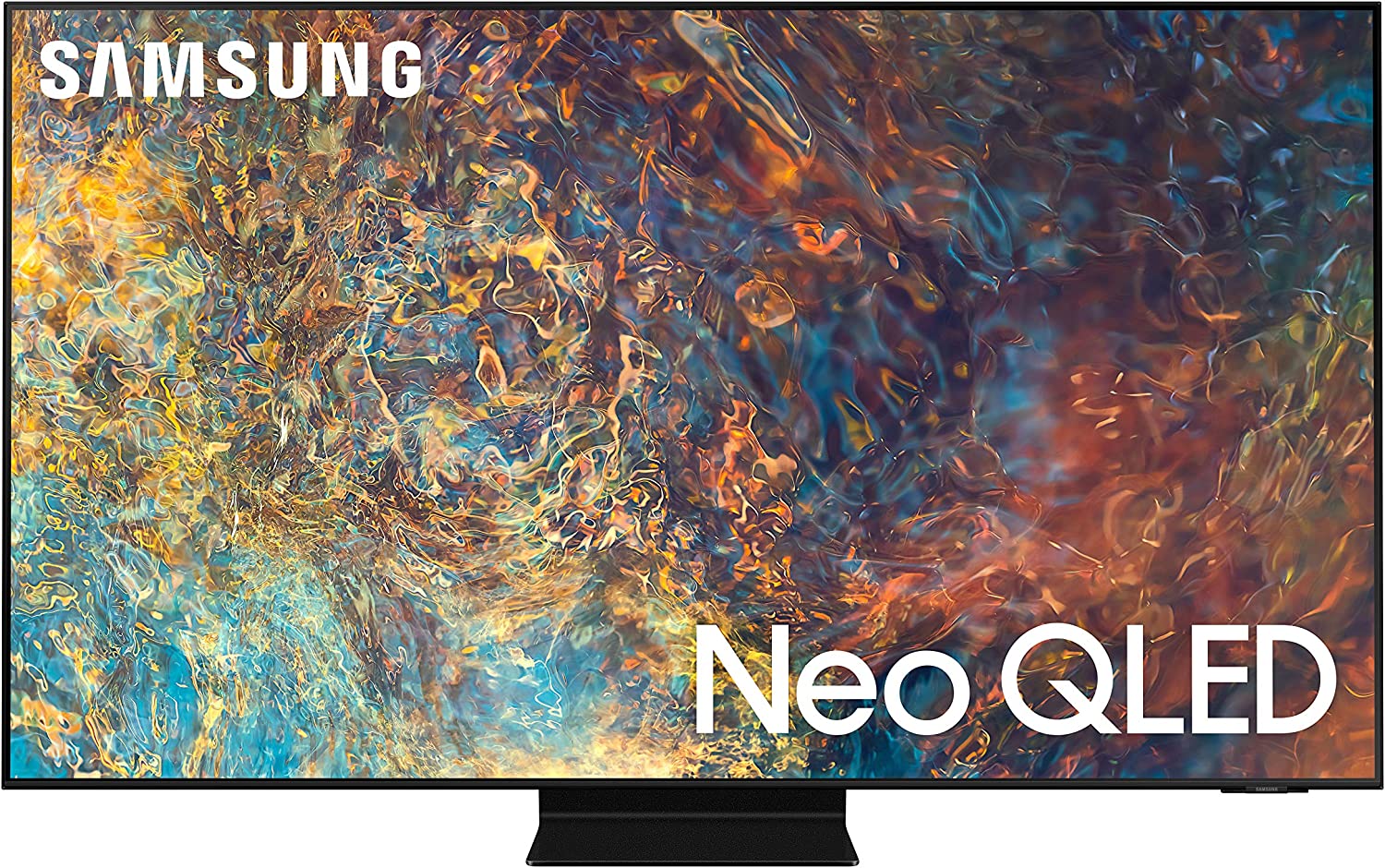 Regarding picture quality, the Samsung QN90A excels in every area. It has a 43-inch Neo QLED display, an improvement above regular QLED because Mini LEDs are used for the backlighting. This feature, called full-array local dimming, offers precise control over the brightness of particular screen regions.

Additionally, it offers outstanding viewing angles, allowing you to enjoy a clear image from virtually everywhere in the room without any fading or color shifting. Even in HDR, it is incredibly brilliant, and it supports HDR10+, a video standard that enhances contrast and brightness. Additionally, the built-in AI upscaling is excellent, so lower-resolution TV episodes and movies from DVDs and cable appear fantastic. 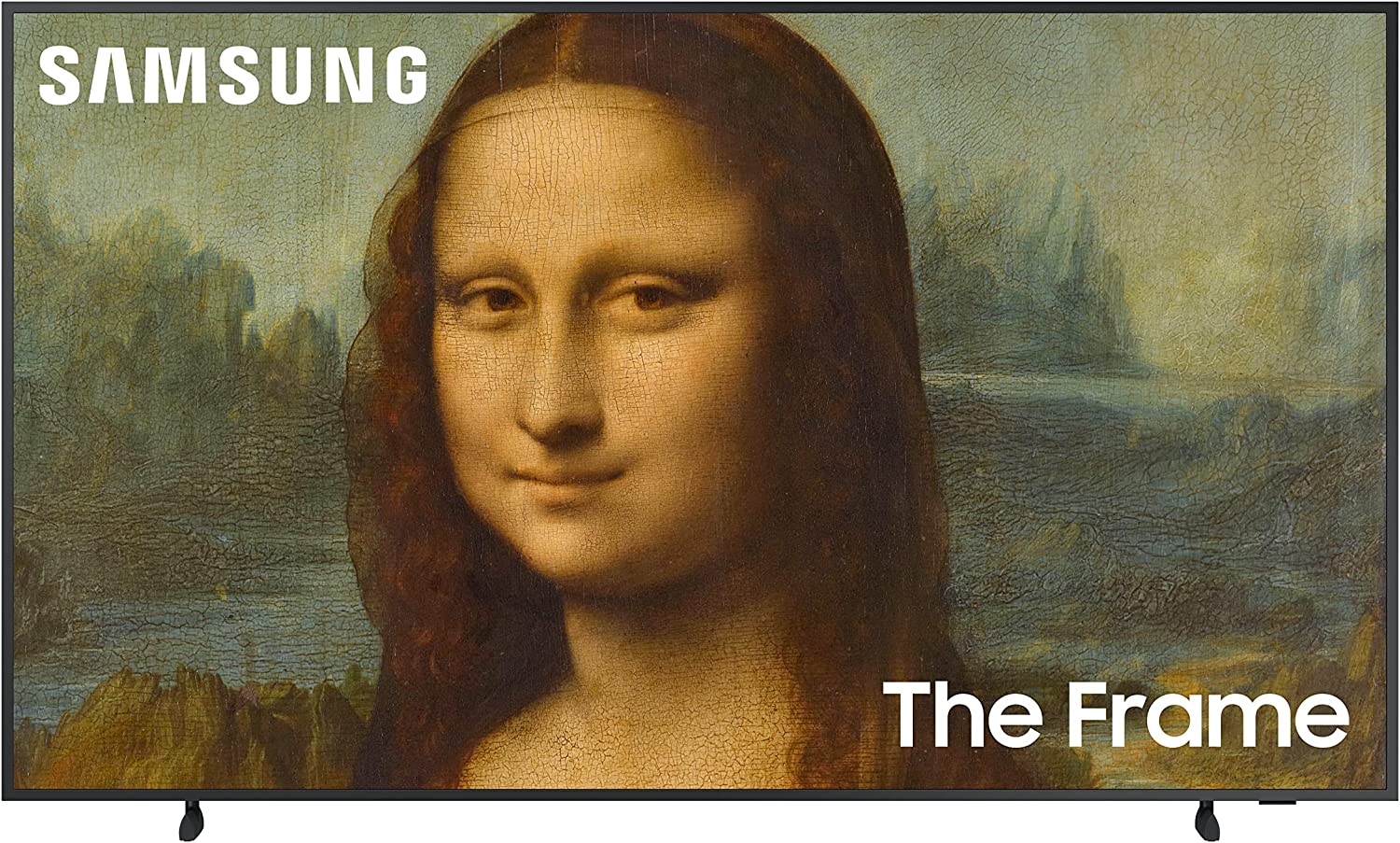 Samsung’s The Frame is a 43-inch TV that resembles a picture frame. It can be mounted flat against a wall, and when not in use, it can hold the artwork. The Frame’s Ambient Mode may dynamically transition between art and TV anytime it detects your presence in the room thanks to an integrated motion sensor. Additionally, for a cleaner installation, it uses a single, transparent connecting wire that hooks into a control box that may be concealed in a cabinet.

Thanks to the QLED panel, the 4K picture is clear and crisp to the point where, if necessary, you could even use this TV as a PC monitor. Because of the extremely minimal input latency and the fact that it looks nice in bright light, it is also excellent for video games. You can hang it in almost any room. 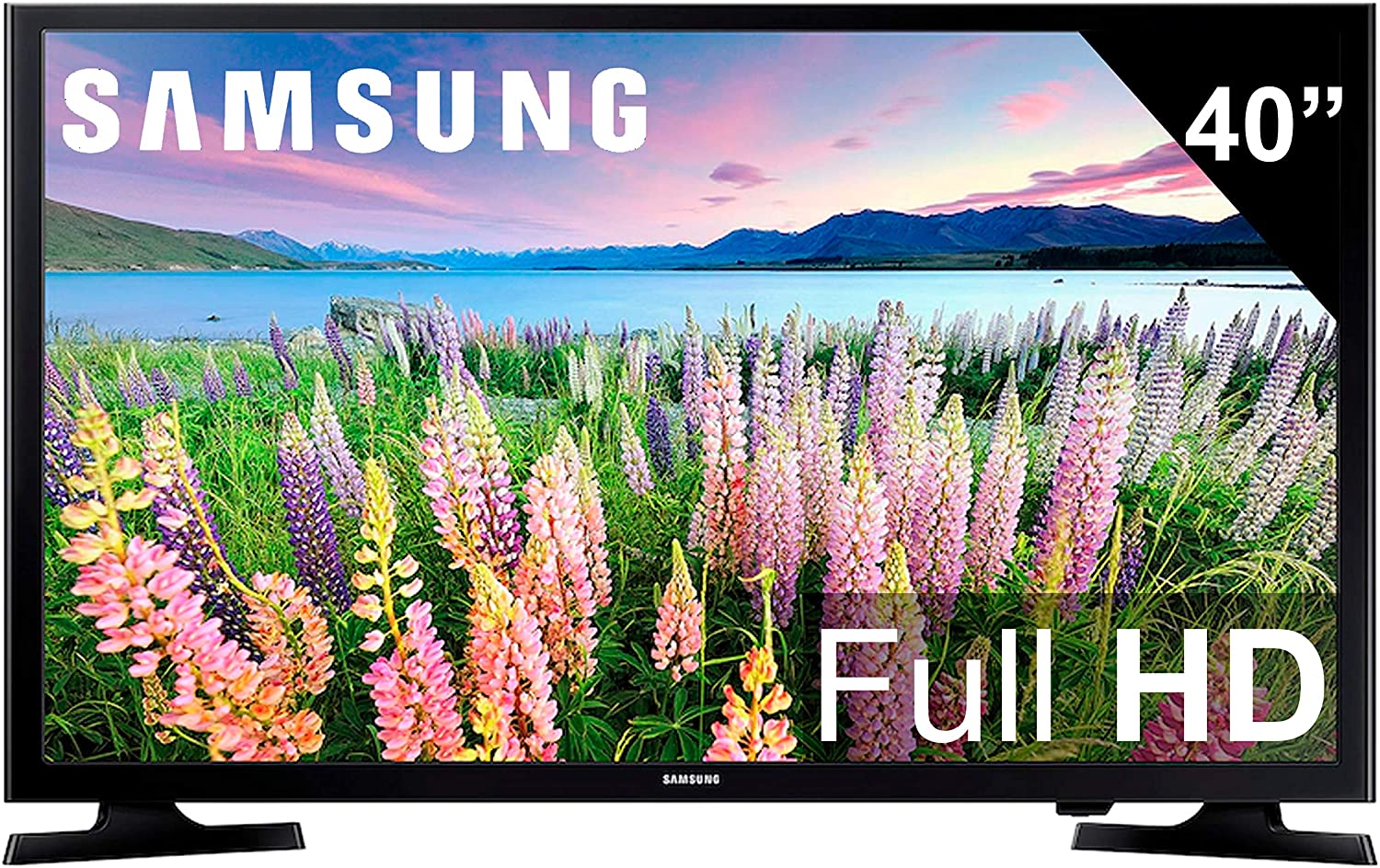 A 40-inch display with a 1080p resolution and improved contrast for deep black is the Samsung UN40N. It has Samsung’s Smart TV platform, which allows for simple access to a variety of streaming apps because it is a Samsung TV. Additionally, the display’s 60Hz refresh rate is sufficient to prevent motion blur, and an Eco Sensor is included, allowing the display to intelligently adjust its brightness in accordance with the surrounding conditions. Unfortunately, HDR content is not supported by the monitor.

Despite this, customers may still enjoy media on their phone or tablet on the TV without a wired connection thanks to the TV’s Sync & Share feature, which allows users to display material on their TV screen. Users will be able to enjoy a colorful display when watching movies, and thanks to the Full HD resolution, details are sufficiently clear for unfettered viewing. The color of the TV is also good. 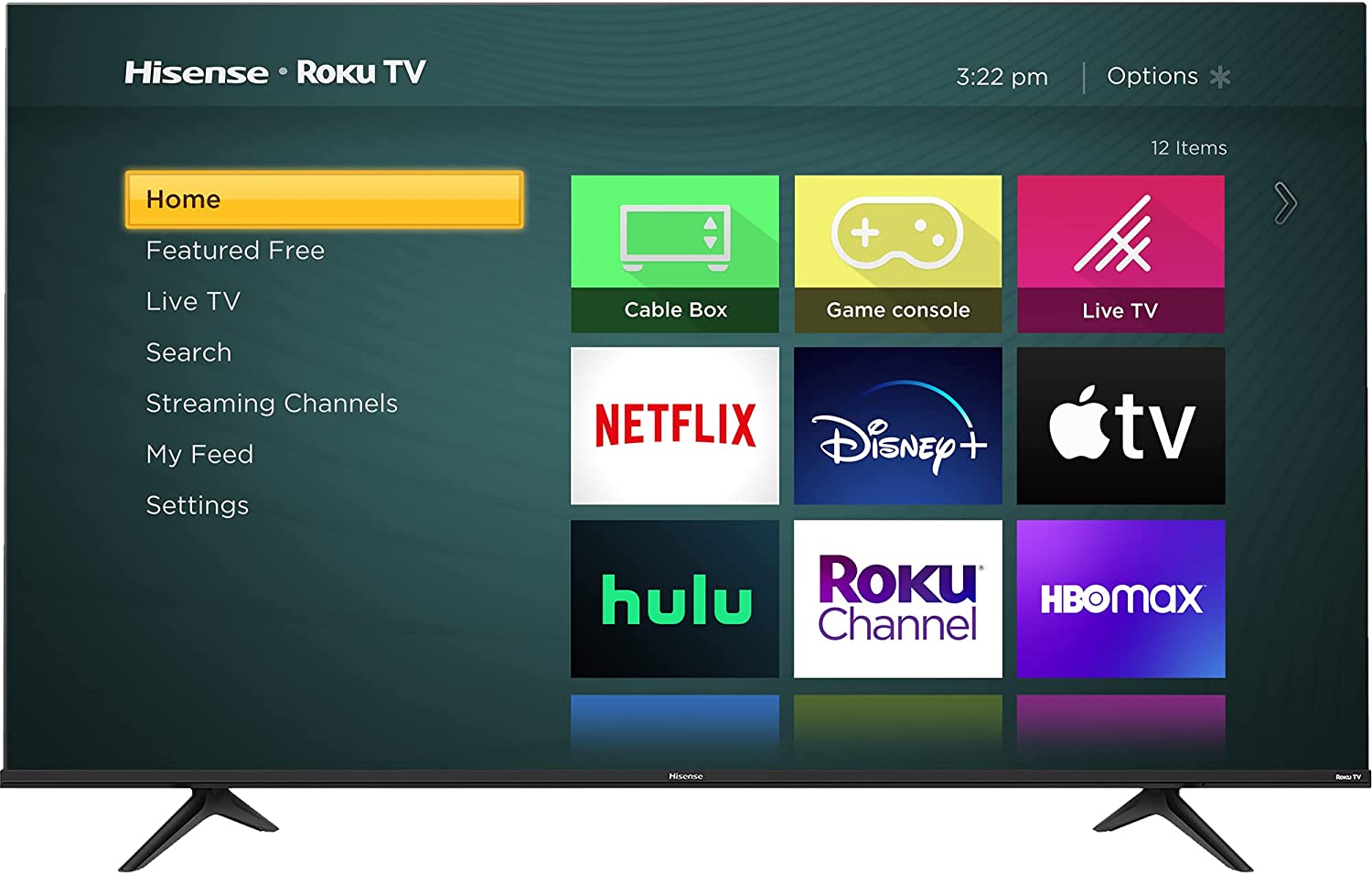 The 40-inch Full HD Hisense 40H4 F display uses the Roku TV operating system. Users who spend most of their TV time streaming movies and TV series will find it simple to use and offers a wealth of content. Given that the display uses DTS TruSurround technology for audio processing, the sound quality is excellent, and when the display is in Game Mode, the reduced input lag enables faster reaction times when playing video games. HDR content is not supported, which is unfortunate.

Streaming is largely trouble-free with Wi-Fi built-in as long as the TV is linked to a quick network. Fast action scenes look smoother and more clear thanks to Motion Rate 120, which is also voice control compatible with Google Assistant and Amazon Alexa. The TV’s two-legged stand helps it balance well when placed on a table, and users can use their phones as remotes by downloading the Roku TV software, which is now available for download. 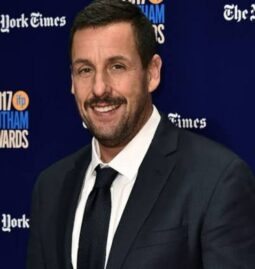 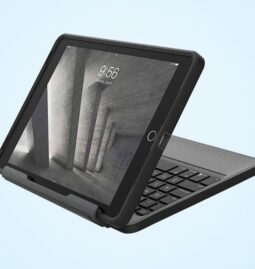 Read More
The iPads made by Apple appear fantastic on their own, but they are also incredibly delicate. You need a case to safeguard your investment against the knocks and bruises of daily living so that your tablet keeps its …