With new animated and live-action features being released on a relatively frequent basis, the number of Disney Plus movies for kids that are accessible to view on the well-known streaming service appears to be constantly increasing.

Choosing which Disney kid’s movies to watch can be time-consuming due to this library’s constant expansion. Although, it’s not required to be. Here are some of the most family-friendly children’s movies available on Disney Plus that are also quite enjoyable.

1. Trevor The Musical Disney Plus Movies 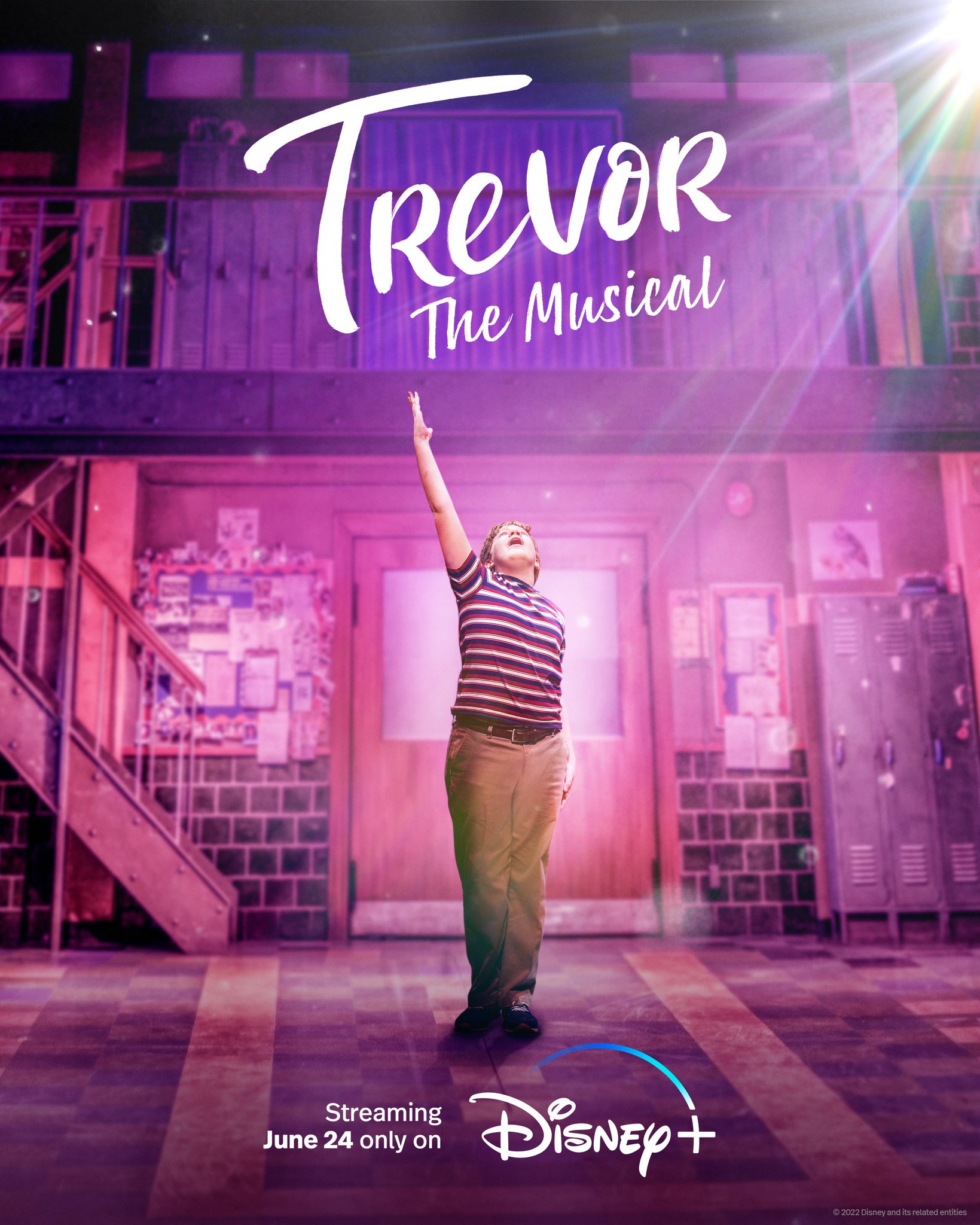 When it is discovered that a teenage kid who is enamored with Diana Ross has a crush on a male classmate, he is shunned at school. Trevor needs the people in his life to stand up for him and protect him against bullies.

The Oscar-winning short film Trevor from 1994 served as the inspiration for Trevor The Musical. Along with a musical, the original film served as an inspiration for the Trevor Project, a still-active crisis hotline for LGBT+ teenagers.

Read more on: Leonardo DiCaprio Net Worth: Is He The Most Paid Actor In The World? 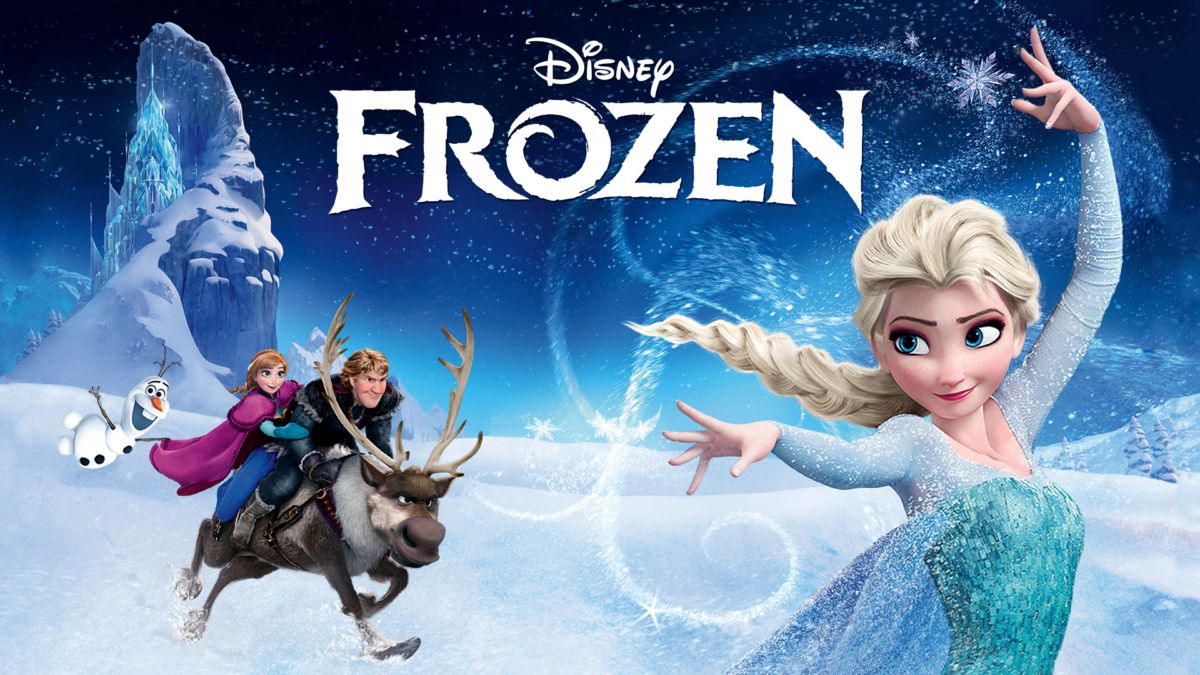 This 2013 animated film has become a worldwide sensation. In addition to earning Disney billions from merchandise alone, it inspired innumerable Halloween costumes and won two Academy Awards. A young woman struggles with her hidden talents as her sister tries to save her from herself in this timeless tale about love, family, and embracing what makes each of us special. 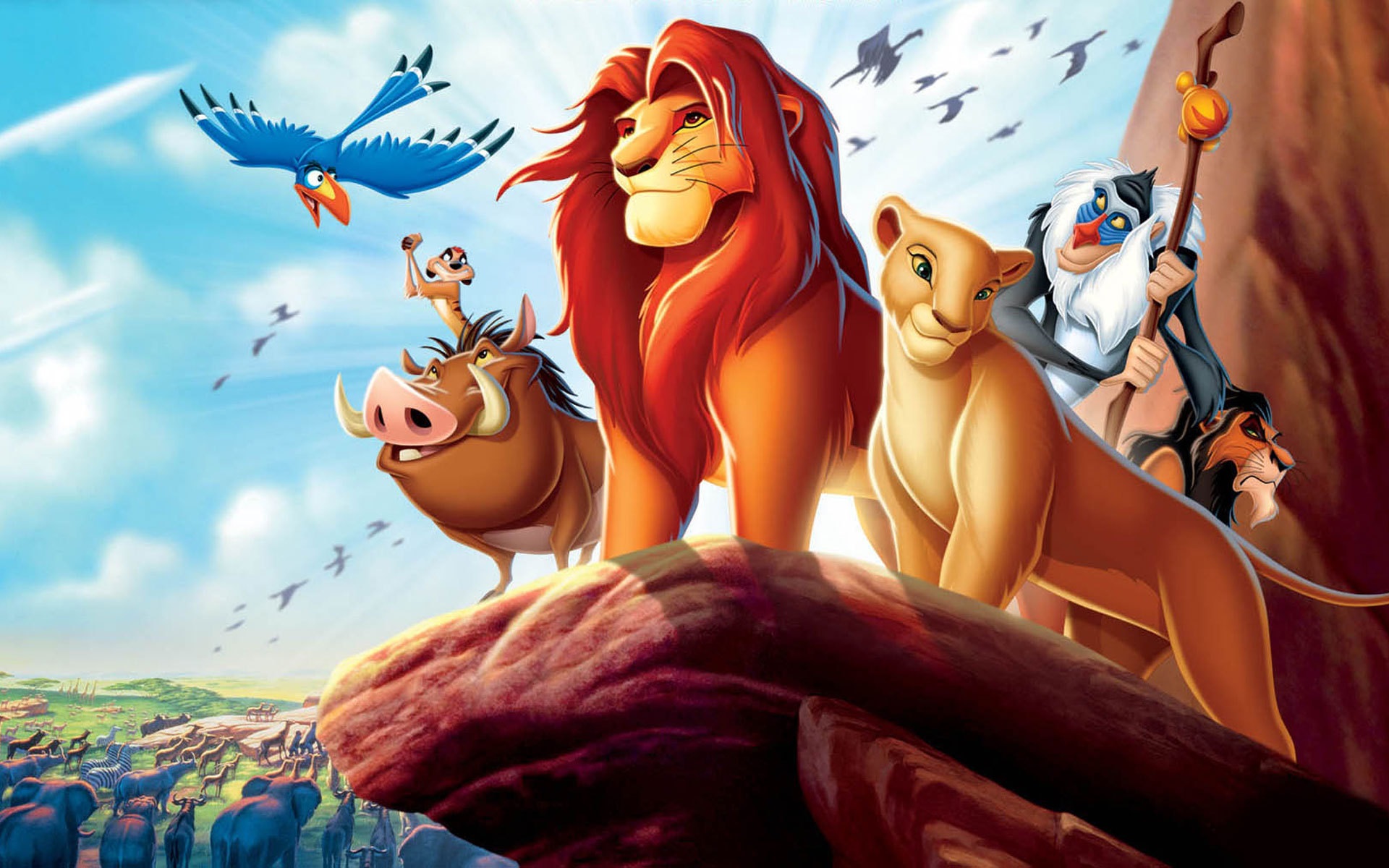 Lion cub Simba is banished from his home in The Lion King, one of the most adored Disney animated classics and among the greatest kid-friendly films on Disney Plus. In this Shakespearean family drama, Simba, who was raised in exile, plans his return with his companions to regain his rightful place as king. Disney Plus also has the 2019 CGI remake available. 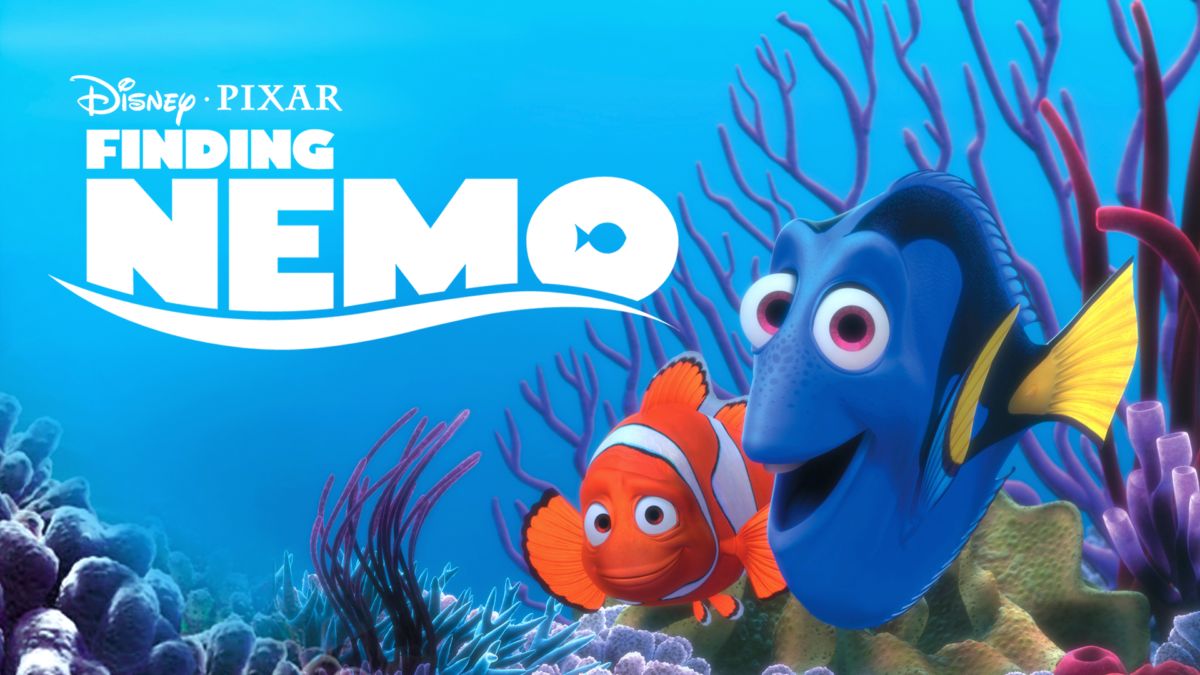 When a juvenile clownfish named Nemo is captured and placed in an aquarium at a dentist’s office, his father sets out to find him. He travels across the ocean and makes new friends while doing so. Nemo is organizing his own escape from captivity in the meantime. 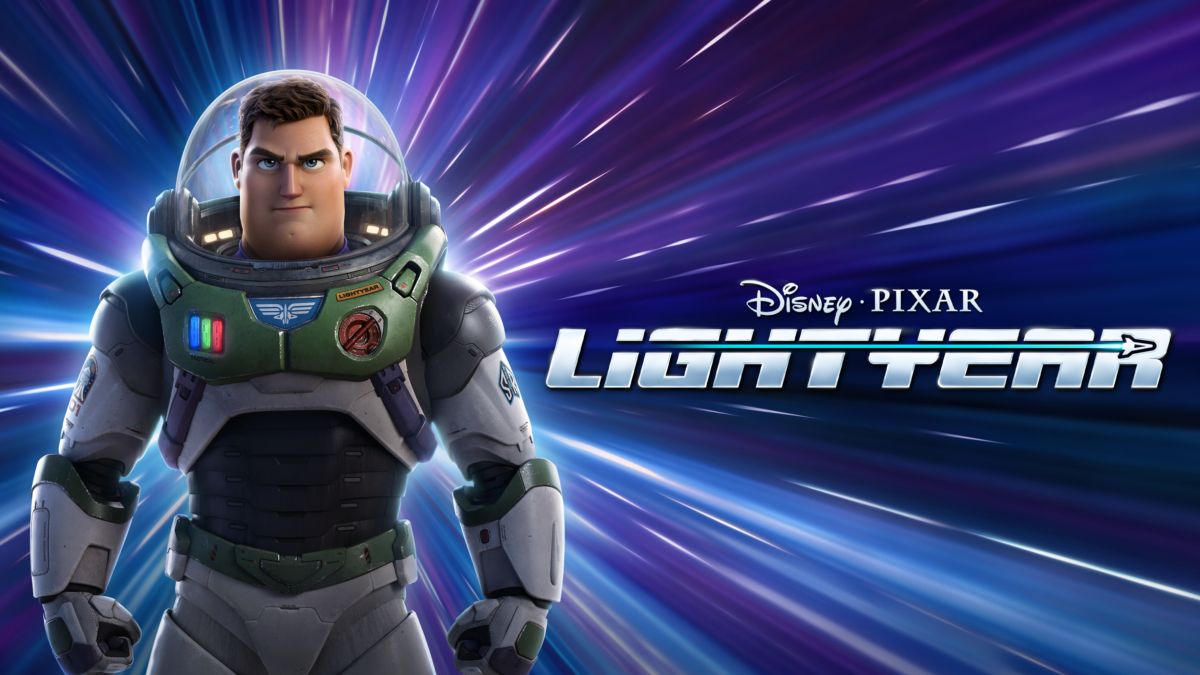 The real Buzz Lightyear (Chris Evans), the fictional character that served as the model for the adored action figure from that franchise, is the focus of this Toy Story spin-off. Buzz has to save a crew who is stranded on a distant planet ruled by hostile robots with the aid of his cat Sox (Peter Sohn).

Despite Lightyear’s box office failure, those who saw it gave it excellent reviews. Disney Plus, it is currently available for streaming with the first Toy Story. 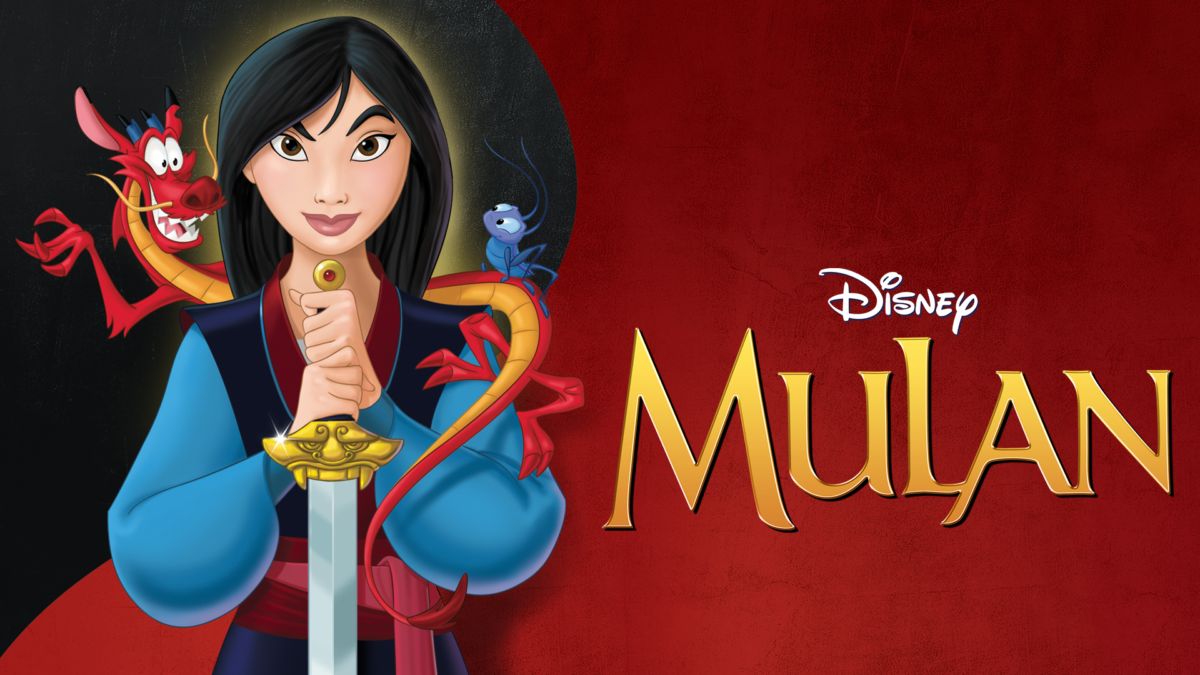 Disney’s Mulan is an incredibly entertaining animated adaptation of the Chinese folktale that includes tons of comedy, oddball characters, and action sequences that were ground-breaking when they were released back in 1998.

Ming-Na Wen, whose work on Marvel’s Agents of SHIELD, Disney Plus’ Star Wars: The Mandalorian, and The Book of Boba Fett series will be familiar to modern viewers, excels as the young woman discovering the value of family and dignity.

And Eddie Murphy, who was cleverly cast as the dragon sidekick, has become instantly recognizable. The live-action Mulan remake from 2020 has received a lot of attention, but in terms of themes, stories, characters, and entertainment value, it couldn’t compare to this animated version. 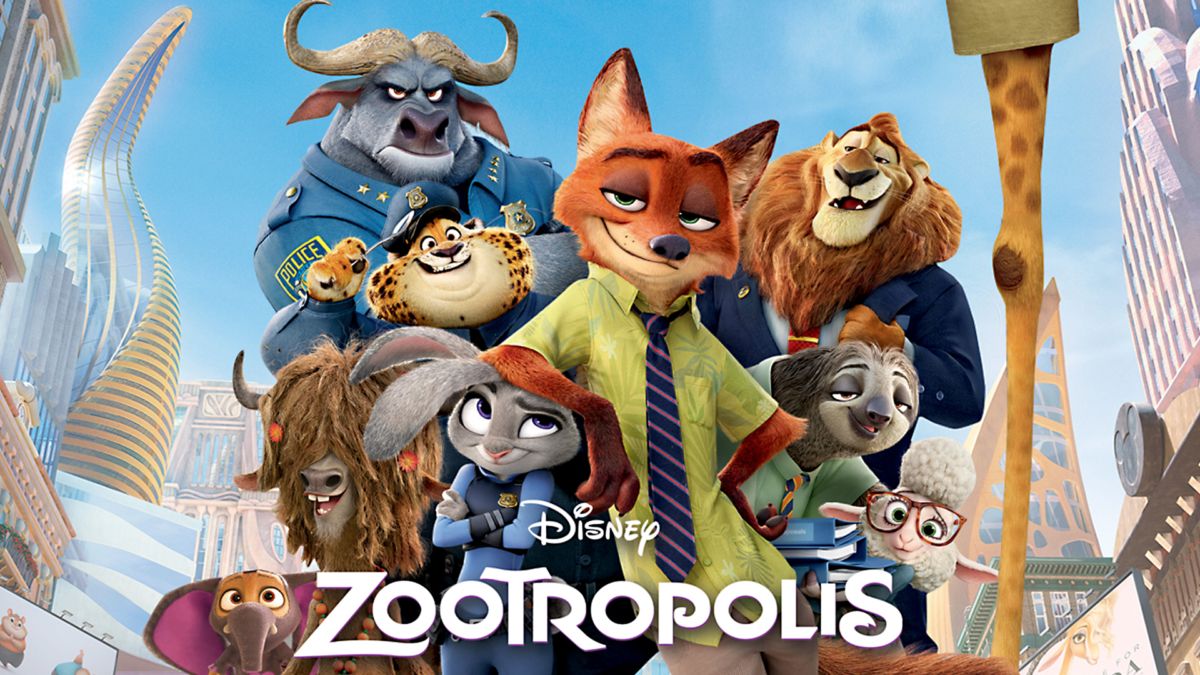 Zootopia, known as Zootropolis in certain places, is a highly thought-provoking Disney children’s film that examines racism through the prism of an animal-dominated universe in which humans have never existed.

To its credit, Zootopia doesn’t patronize viewers or oversimplify the subject; instead, it effectively manages to tackle the myriad intricacies of race in a way that is age-appropriate, genuinely enjoyable, and gorgeously drawn.

A talented supporting ensemble of performers, including Idris Elba, Bonnie Hunt, Octavia Spencer, Alan Tudyk, and Shakira, supports the two leads, Jason Bateman and Ginnifer Goodwin from the Disney Plus series Once Upon a Time. 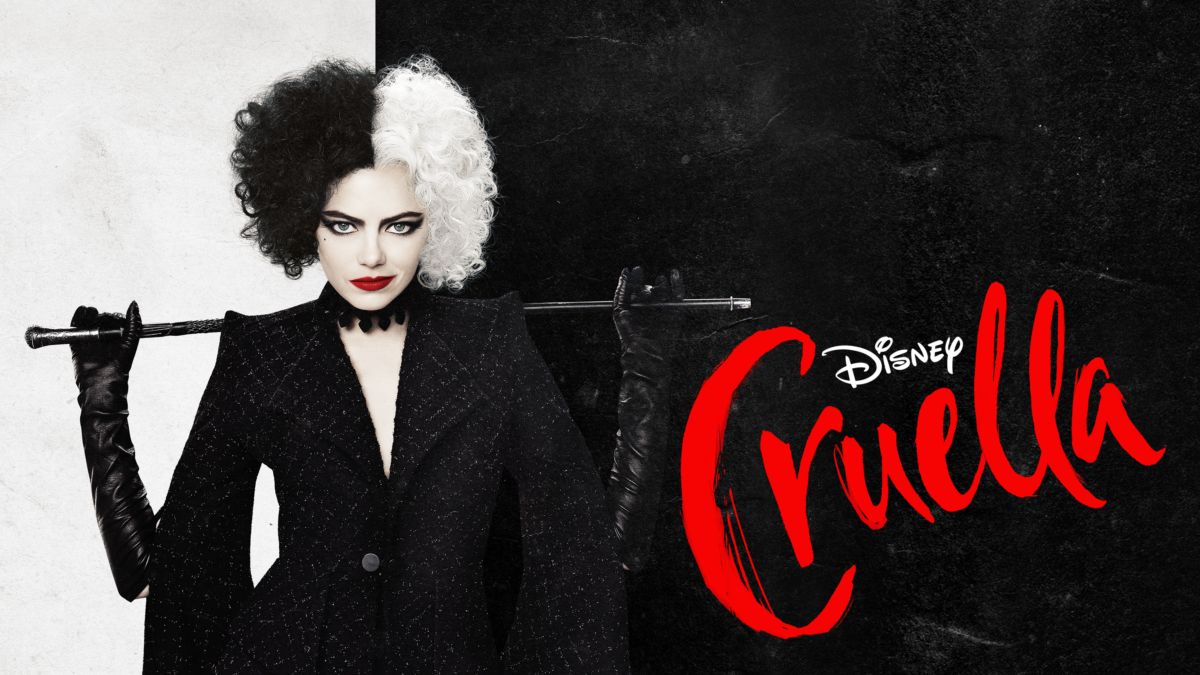 Disney did a good job at creating a backstory for their evil fairy Maleficent. Cruella de Vil, another iconic villain, is also experiencing the same. Estella (Emma Stone), a young orphan living on the streets of London, has a dream of becoming a fashion designer.

She has the chance to design a trademark piece for a rock singer one day, but she also has to contend with the cunning Baroness (Emma Thompson). The backstory of Maleficent was able to inspire two profitable films. 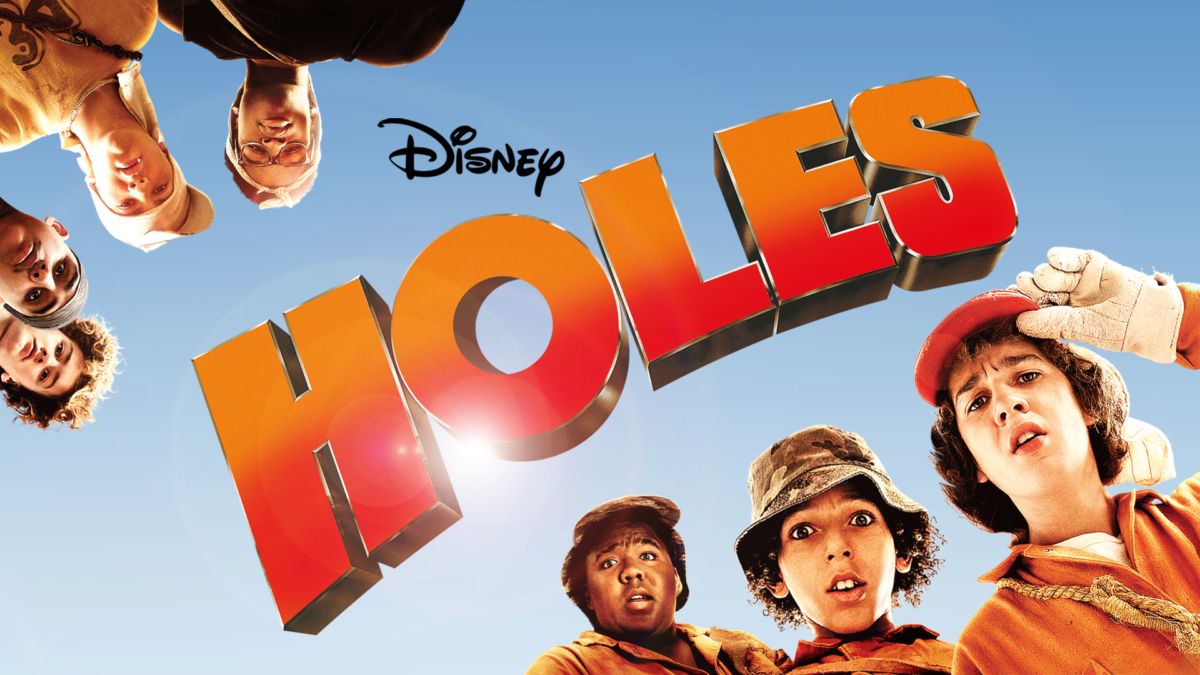 Shia LaBeouf plays Stanley Yelnats IV, a young man wrongfully convicted of theft, in the adaptation of Louis Sachar’s Holes. Stanley is then given an 18-month term of hard work at a juvenile correctional facility.

The warden, Louise Walker (Sigourney Weaver), is making the children in her care dig ditches in order to find a treasure that the infamous bandit Kissin’ Kate Barlow concealed more than a century before (Patricia Arquette). Stanley learns that he has a personal link to the treasure that the warden is so desperate to find after making friends with Hector “Zero” Zeroni (Khleo Thomas) while serving his sentence. 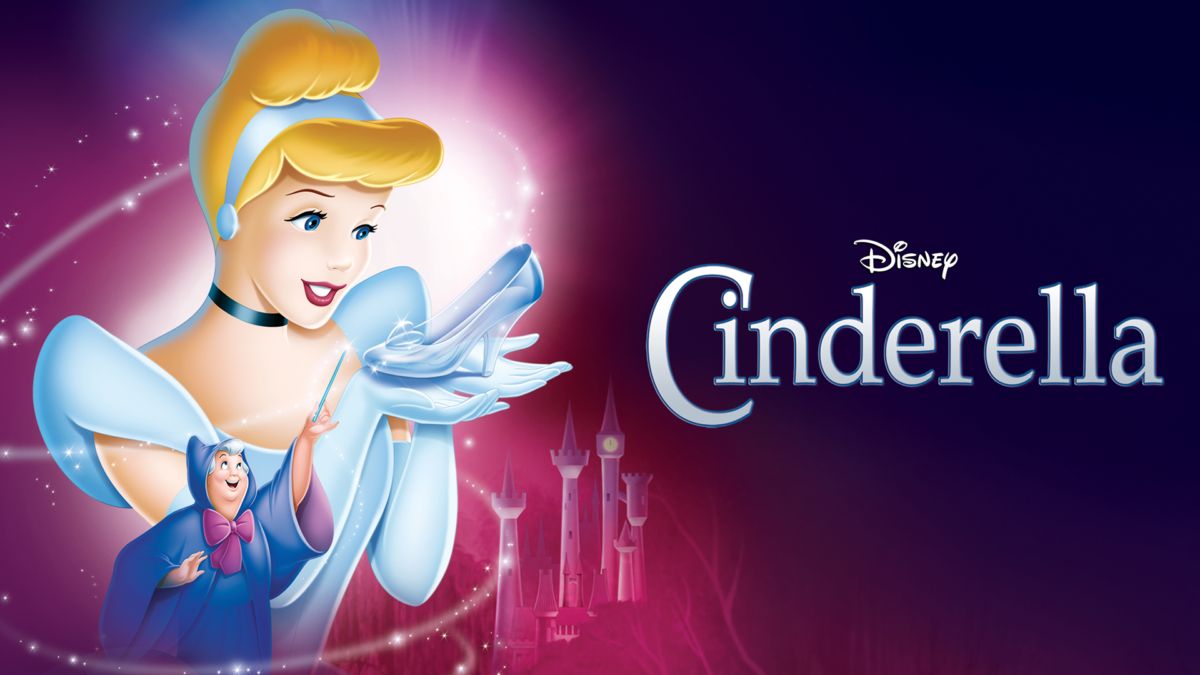 Based on the same-named fairy tale by Charles Perrault, Cinderella follows the title character, a descendant of royalty who becomes a scullion for her evil stepmother and stepsisters (Ilene Woods). Cinderella’s nefarious heirs forbid her from attending the royal ball when word of it spreads.

Thankfully, a lovable Fairy Godmother (Verna Felton) shows up just in time to give the dejected Cinderella royal clothes and turn her pet companions into members of her royal court. Before the spell wears off at midnight, the oppressed Cinderella has one evening to charm the dashing Prince Charming. Cinderella is a timeless classic and a monumental Disney film with enduring music, gorgeous hand-drawn animation, and endearing characters. 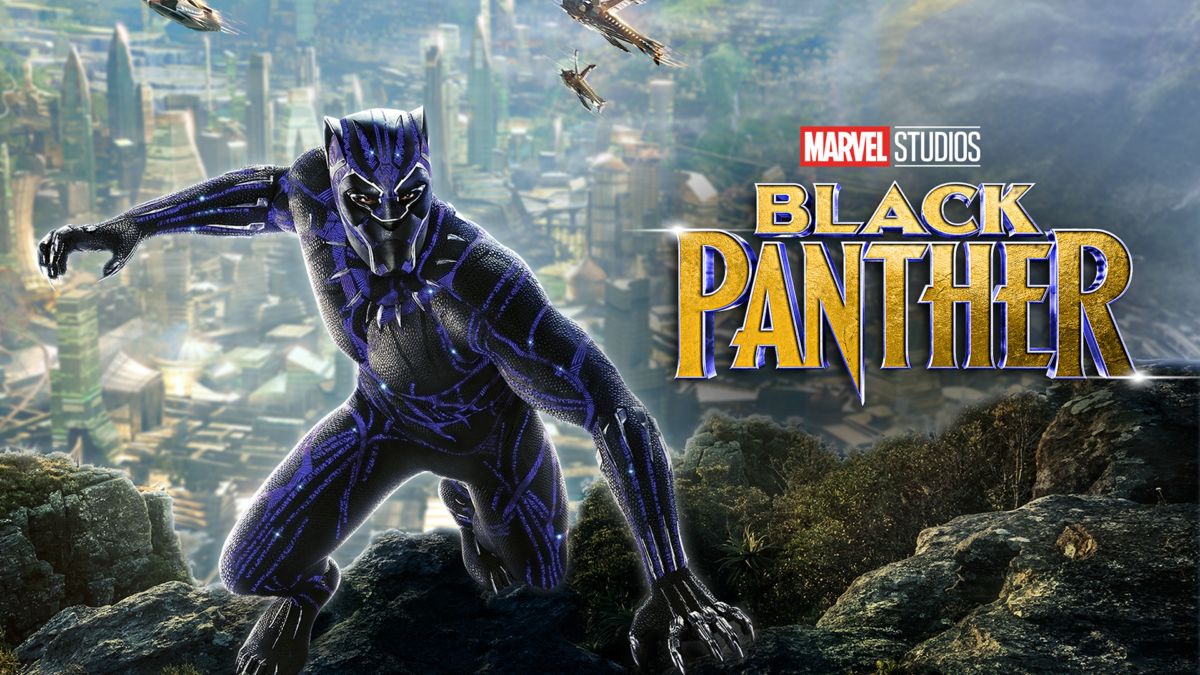 With its expertly staged action sequences, entertaining cast, and the debut of the fictional, dystopian city of Wakanda on the big screen, Black Panther was a significant cultural moment when it debuted back in 2018. A strong sense of family and a strong message about the shortcomings of protectionism are constantly present throughout, so it’s not all fun and action.

Black Panther, like Guardians of the Galaxy, requires minimal prior knowledge of the Marvel Cinematic Universe and can be thoroughly enjoyed on its own. And Avengers: Infinity War, another movie on Disney Plus, picks up the tale where this one left off.

Read more on: Ben Affleck Net Worth: Check Out The Amount Of Money He Has Made As An Actor And A Director 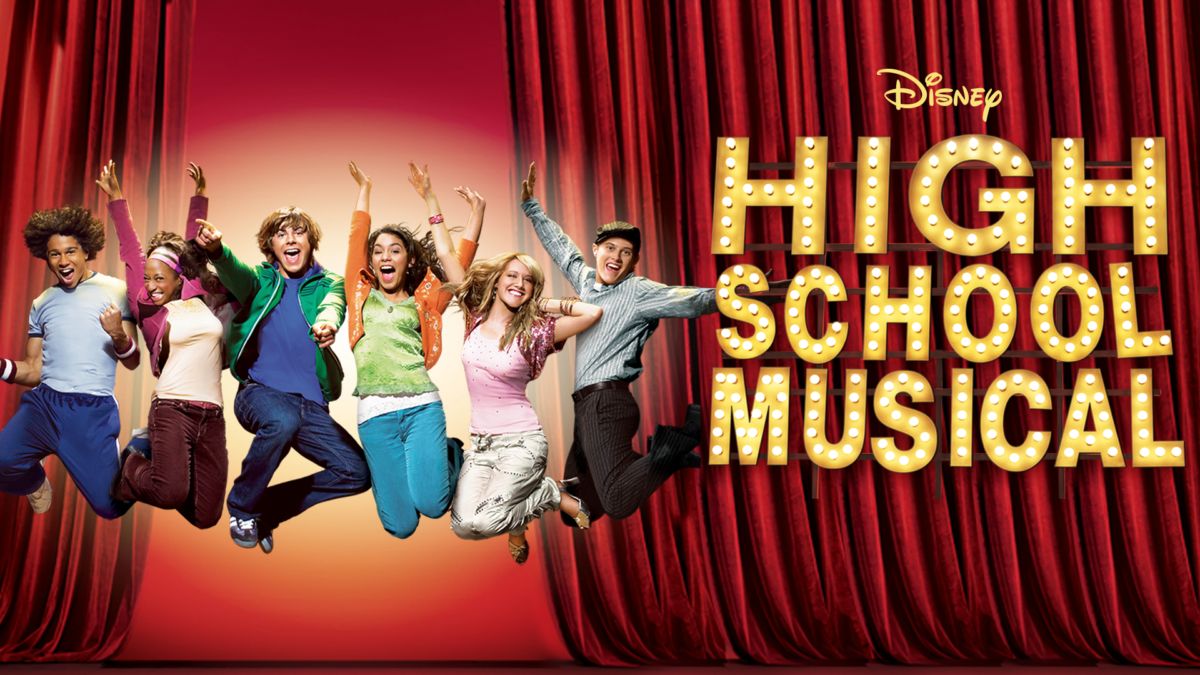 In addition to starting a franchise, the first High School Musical movie elevated Zac Efron and Vanessa Hudgens to stardom. Efron and Hudgens respectively portray Troy Bolton and Gabriella Montez in this movie. When Gabriella enrolls at Troy’s school, they start to feel a connection right away.

Despite their athletic and academic callings, the pair musters the guts to audition for the school musical both jointly and individually. Their classmate Sharpay Evans (Ashley Tisdale) hatches a plan to keep them out of the play in order to keep herself in the spotlight. The couple is fortunate to have some devoted pals. 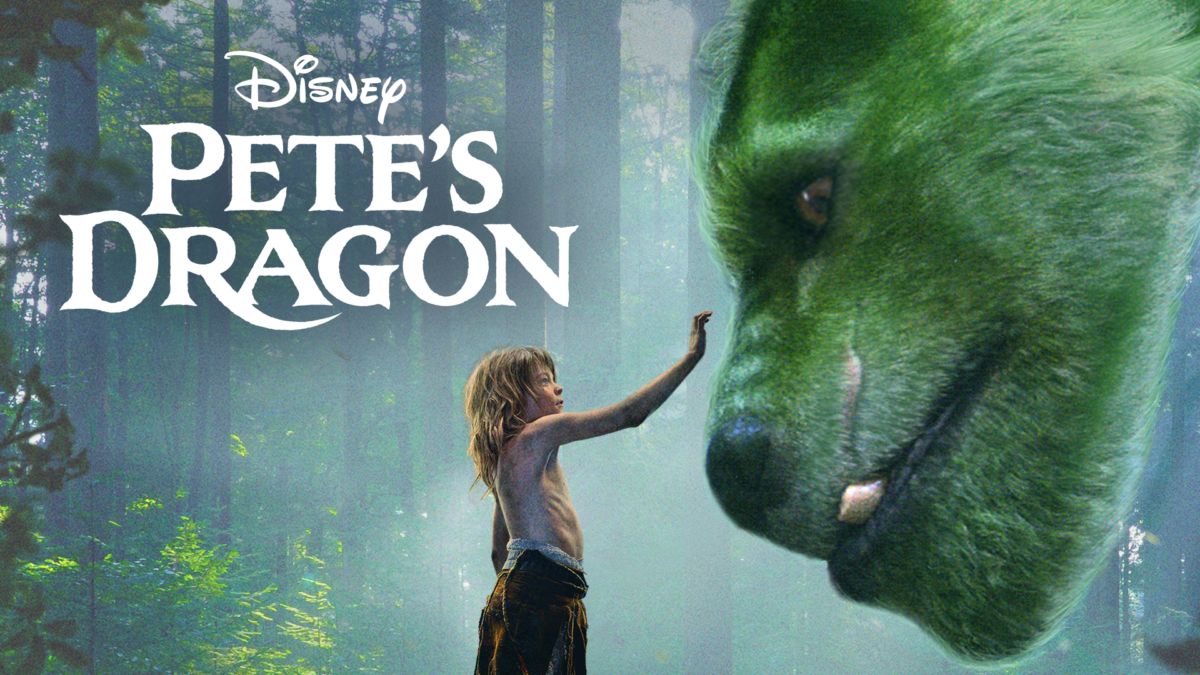 The 2016 remake of Pete’s Dragon is ultimately superior to the 1993 original, despite the latter’s charm. A 10-year-old child named Pete Haley (Oakes Fegley), who has spent five years in the wild after a tragic tragedy, is found by forest ranger Grace Meacham, played by Bryce Dallas Howard. Elliot, a dragon that can occasionally turn invisible, is Pete’s devoted companion. Pete and his adopted family go to tremendous measures to protect the dragon, just as he had protected Pete for years, once the community learns of Elliot’s existence. 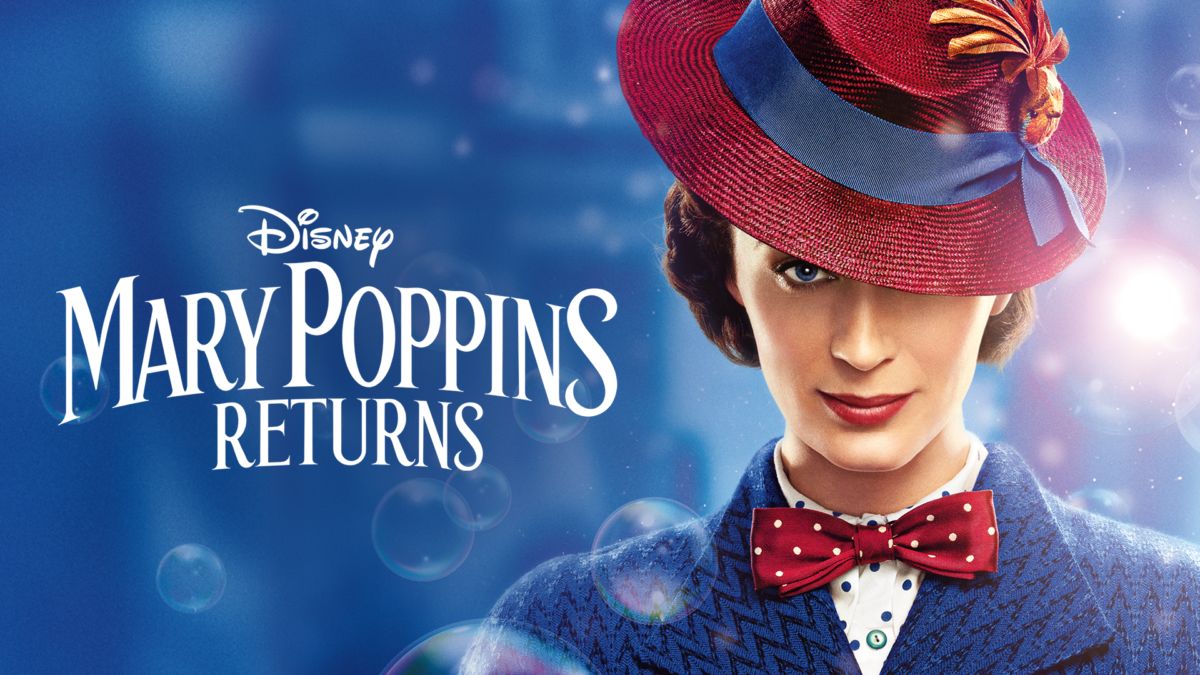 The sequel to the beloved movie Mary Poppins, Mary Poppins Returns, focuses on the two kids that Mary Poppins cared for all those years ago. They are now dealing with grownup issues like unemployment and financial hardships. Like the first film, Mary Poppins Returns masterfully juggles entertaining animated scenes that keep the audience interested with deep life lessons about embracing your inner child and taking time to smell the flowers.

Instead of just repeating several classic songs from the original, the directors blended them into the soundtrack of the new film. It gives Mary Poppins Returns a chance to stand on its own rather than relying on nostalgia and name recognition, as well as space for numerous new songs. A Disney Plus film is suitable for both children and adults.

Read more on: 10 Ways To Get Free Shipping When You Shop

15. Guardians of the Galaxy Disney Plus Movies 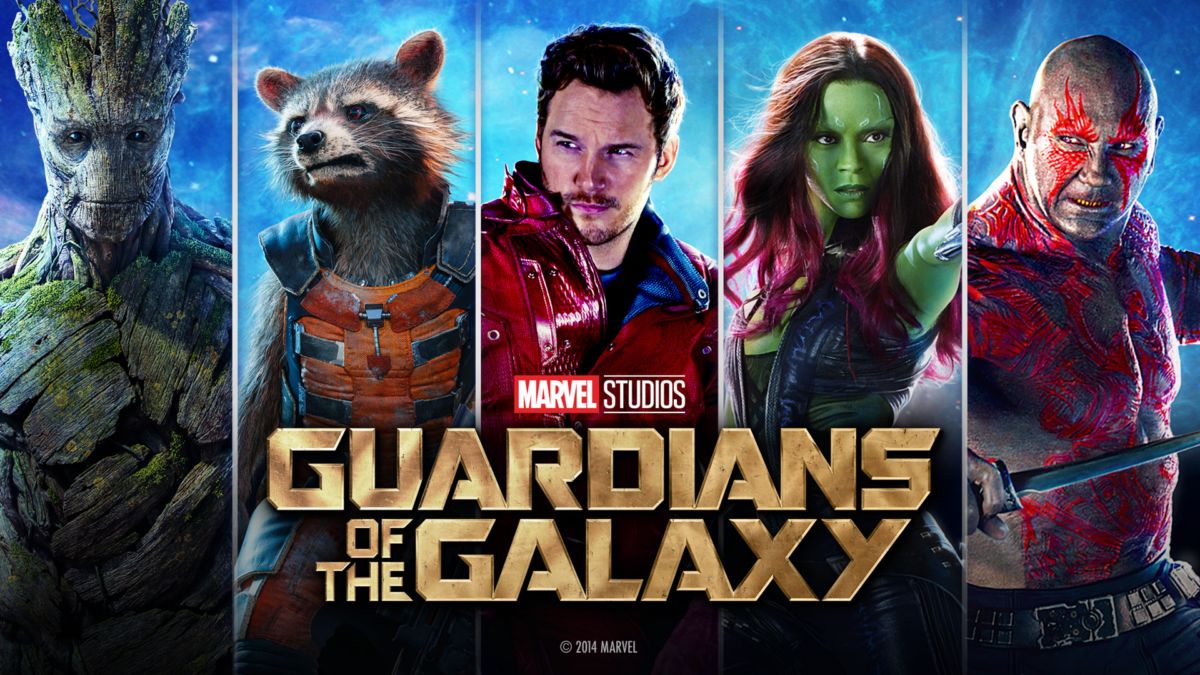 The engaging atmosphere, diverse array of characters, and strong emphasis on family-friendly action and spectacle make Guardians of the Galaxy Vol. 1 one of the finest Disney Plus films for kids. Although the scope of this science fiction film can get rather large, the main focus is on the band of misfit aliens who gradually come to rely on and accept one another as family.

One of the best things about the two films Guardians of the Galaxy Vol. 2 is also available on Disney Plus is that they both stand very much on their own in the Marvel Cinematic Universe and don’t require the viewing of any other TV programs or movies to comprehend or appreciate them. However, both Guardians movies will significantly increase your enjoyment of Avengers: Infinity War or Endgame if you intend to watch those two. Read More
Virtual assistants must continue to be effective when operating remotely. Fortunately, there are many apps available to help. Being a virtual assistant can be challenging, especially if you have to perform various or comparable jobs for many clients. … 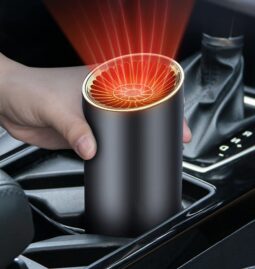 Read More
Even though cigarette lighters are less common in modern automobile models, the majority still contain the 12V plug that powered them. It is possible to use the 12V connection as a power source for a variety of various …