You can store a lot more games on Nintendo’s hybrid console with the best SD cards for Switch. You may greatly increase the Switch’s existing 32GB of internal storage (or 64GB if you possess the OLED model), potentially increasing its size to 2TB, depending on the card’s capacity.

If you frequently purchase video games from the Nintendo Switch eShop, you’ll need to either expand the storage capacity on your Nintendo Switch or frequently remove and reinstall titles when you inevitably run out of space. That might not bother some people, but it can start to frustrate you, especially because you can just as easily pick up a Nintendo Switch SD card and expand your storage.

The good news is that adding more storage to your Nintendo Switch, Nintendo Switch Lite, or Nintendo Switch OLED is a simple process. The Nintendo Switch has a built-in micro SD card slot that can be used to store memory cards, so all you have to do to use it is insert it. However, if you type “SD card” into any online store, you’ll see that there are numerous brands and sizes to pick from.

What’s the best place to start? To help you choose which micro SD card is ideal for you, we’ve put together this guide on the top ones for the Switch. Initial impressions may lead you to believe that 32GB or 64GB of internal storage is adequate, and in certain cases, they are. But even without the images and videos, you’ll unavoidably be capturing, most people will discover that internal storage won’t last very long with all the finest Nintendo Switch games available. 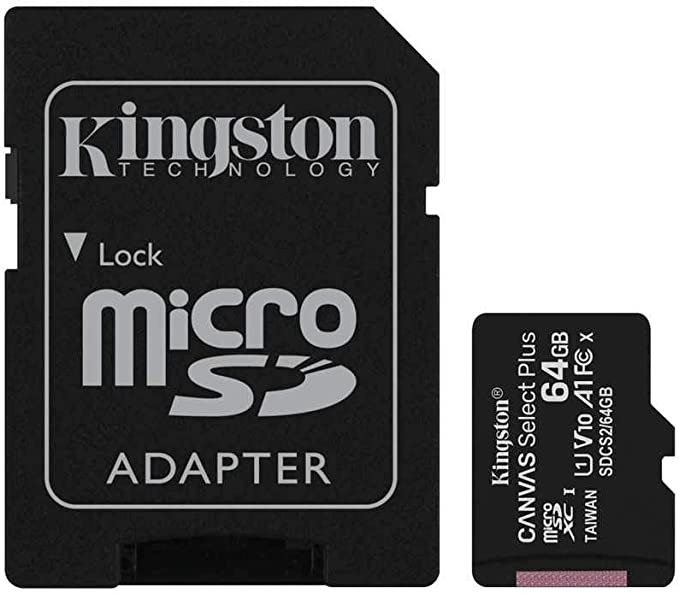 Kingston’s 128GB memory card costs a few cents less per gigabyte than its Sandisk cousin, while not being quite as official and still being a fairly respected brand.

You can choose between 16GB, 32GB, 64GB, 128GB, or 256GB models, which come with a slightly slower load speed (80mb/s) but is still well within Nintendo’s SD card restrictions. This Nintendo Switch memory card is the best option for you if the value is your top priority. 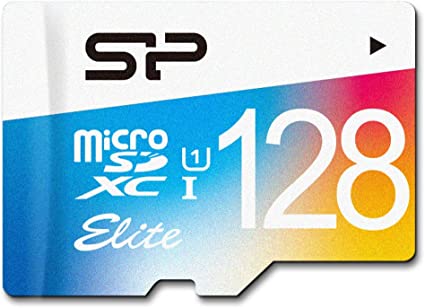 We suggest the Silicon Power 128GB microSDXC if you don’t want to spend a lot of money on a large-capacity microSD. You can get four times as much storage as what comes with the standard Nintendo Switch system for just $14. You might be able to save enough money to have lunch with the savings since similar products of this size generally cost between $20 and $25!

This inexpensive price, nevertheless, has a price. Although Silicon Power claims to read and writes rates of up to 100MBps and 80MBps, respectively, customers have noted a range of speeds. While some users report speeds that are reasonably similar to advertising, some users reported that the speeds aren’t as high as advertised. This is an excellent option if you want to save a little money but bear in mind that the performance might not be reliable. 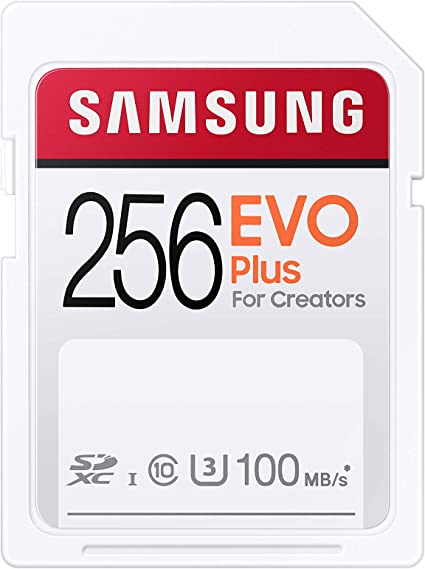 The Samsung EVO 256GB is a good option if you’re a consumer seeking the best compromise among all the categories that have been discussed so far. Its read speed can reach 100MBps, and its write speed is 90MBps.

Additionally, it has 256GB of storage, which is more than adequate to meet the demands of the typical Nintendo Switch user. If you use your Nintendo Switch system on a moderate basis, this size should be adequate for many years. The best thing is? Just $36 will do. For those looking for a balance between reliable storage space, affordability, and quick transfer speeds, this makes a fantastic option.

Although it does function on the Nintendo Switch, this was not created with the console in mind. This indicates the possibility of compatibility problems; although most users claim the card functions without a problem, some have reported less-than-ideal performance. 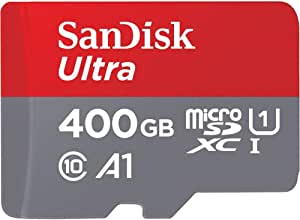 The SanDisk Ultra 400GB Micro SDXC UHS-I has an enormous capacity and may easily house your complete gaming collection. Additionally, it provides swift 100 MB/s transfer rates, so loading times won’t be an issue. It’s a great option for any device, including the Nintendo Switch, smartphones, and other gadgets. You also know it’s built to last because it’s from SanDisk.

The price of this card, which is barely more than a 256GB card but provides half as much storage, is what’s surprising. This is without a doubt the greatest value Switch card available. 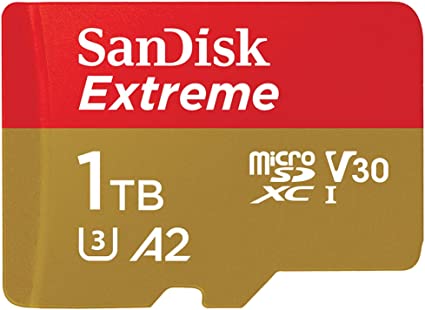 When money is no object and you just want the very finest, the SanDisk 1TB Extreme MicroSDXC UHS-I Memory Card is the clear pick. With this SD card, you’ll be able to store all of your Switch game downloads on it with plenty of room left over for years’ worth of photos and gameplay videos. It is also resilient to shocks, water, and all other things the world may throw at it.

The outrageous price is the only drawback. This card costs more than $230, which is more than a brand-new Nintendo Switch Lite, but for the devoted gamer with significant cash and a sizable game library, this is the clear pick. 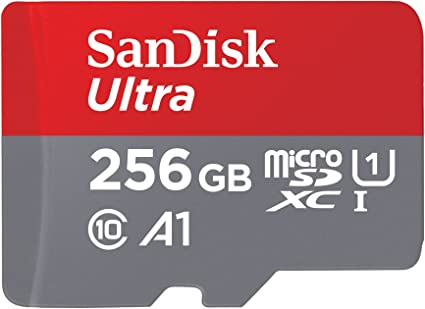 This SanDisk card with a bright yellow switch logo stands out from the competition and for good reason. The SanDisk 256GB MicroSDXC UHS-I Memory Card is designed specifically for the Nintendo Switch and has received Nintendo certification. That represents the strongest possible assurance of complete Switch compatibility, and SanDisk backs it up with a great warranty.

Furthermore, this SD card isn’t slow, so you won’t have to wait around for games to load. The price difference between this card and a conventional SanDisk card due to the Nintendo logo is its sole drawback; once the card is in your Switch, you won’t even notice it. 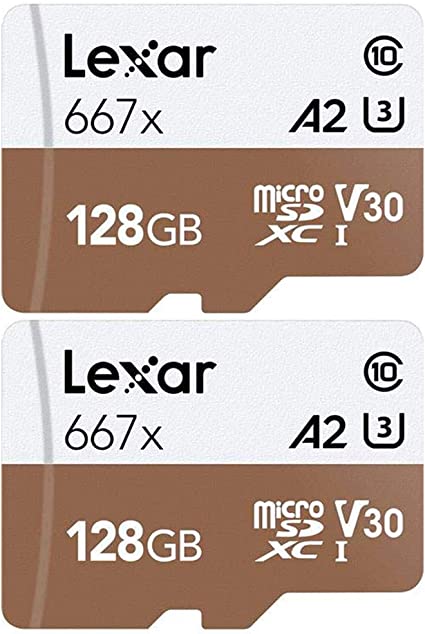 The Lexar Professional 1000x microSDHC 128GB UHS-II/U3 offers lightning-fast performance at a very reasonable price point if you’re on a tight budget. 128GB may seem insignificant in comparison to the cards on this list with considerably higher capacities, but you’ll be more than doubling the Switch’s original storage capacity with this amount of space. Having said that, it is important to keep in mind that, despite being a low-cost alternative, it offers poor value given its price-to-capacity ratio.

The outstanding 100MB/sec read performance of this SD card is what really sets it apart. It significantly cuts down on load times and boosts data transmission rates to finish any operation quickly. The exceptional guarantee and free download of Lexar’s Image Rescue Software that ensures you can recover your data in the event of a problem also add to the company’s commitment to customer satisfaction.

How to pick your personal ideal Nintendo Switch microSD

How frequently you download games from the Nintendo eShop is a serious question you should think about before choosing which microSDXC to buy for your Nintendo Switch. If you bought the console four years ago and haven’t downloaded more than five or six titles, you can get by with a lesser capacity card. You should be able to meet your demands with something like the Silicon Power 128GB microSDXC.

There are a couple of options, though, if you’re an ardent Switch gamer seeking to save a few dozen titles on your microSDXC. Given that this additional optimization can be highly beneficial, we advise purchasing the SanDisk microSDXC Card made especially for Nintendo Switch consoles. Additionally, each card contains a cute illustration of a well-known game franchise.

We might suggest the SanDisk 1TB Extreme microSDXC if you want something even bigger. In comparison to the other cards in our list, it has a 1TB storage capacity and supports far greater speeds. Sadly, it costs $230, making it an expensive purchase for any gamer. Finally, the Samsung EVO 256GB offers a fantastic compromise between cost, storage capacity, and transfer rates. Read More
Despite the popularity of mirrorless cameras, DSLRs are still competitive in the photography world. The lengthy history of the DSLR means there is a healthy market for high-quality glass if you are not yet ready to make the … Read More
Finding what you’re looking for can be difficult because there are so many different word synonyms. So, here are helpful online synonym dictionaries. When you can’t spell the first term, you use its synonym. That was merely a …