American social media star, dancer, actor, and singer Addison Rae Easterling. She was recognized by Forbes as the TikTok personality with the highest earnings in August 2020. The Forbes “30 Under 30” list of social media influencers included Addison Rae in 2021. In addition to two People’s Choice Awards and three Kids’ Choice Awards nominations, she has received four Streamy Award nominations.

Addison Rae began actively publishing content on TikTok in July 2019. Her dance videos quickly gained popularity there, and as of July 31, 2022, she had garnered over 88 million followers, ranking her as the fourth most popular user on the app. She debuted as an actress in the 2021 Netflix original movie He’s All That, a gender-flipped version of the 1999 movie She’s All That, and she also recorded her first single, “Obsessed.” Parents Monty Lopez and Sheri Easterling reared Addison Rae Easterling in Lafayette, Louisiana. Enzo and Lucas Lopez, Rae’s younger brothers, are brothers to him. Before getting remarried in 2017, Addison’s parents initially got divorced when she was a little kid and lived apart frequently throughout her childhood. Monty has 5 million followers on TikTok, while Sheri has 14 million. Both parents have their own accounts there.

Rae began dancing competitively at the age of six and has since competed all across the nation. The dancer temporarily attended Louisiana State University (LSU) where she studied sports broadcasting in the fall before relocating to Los Angeles (LA) to pursue her TikTok career, but she left when she started to become well-known on the platform.  Addison Rae discusses her decision to relocate to Los Angeles in an interview with Elle magazine, saying, “a few people in LA reached out to me, and I was like ‘I need to go. I need to go.’ So my parents supported me fully.”

When Addison posted her debut dancing videos to TikTok in 2019, her career officially got underway. In 2019, she also became a member of the collective known as the Hype House. This group enables numerous content producers to work on various projects and create videos together. After joining the platform, Rae quickly accumulated over a million followers. She felt that if she took her TikTok presence seriously enough, she could transform it into a real job, which led her to decide to drop out of university. Rae also increased her presence on other websites around this time, namely YouTube and Instagram. She secured a contract with WME, a talent agency, in 2020.

Addison has demonstrated an aptitude for comedic skits, lip-syncing, trends, and a variety of other well-liked themes for her TikTok videos in addition to her dancing videos.

Rae had signed her first brand endorsement contract by July 2020. She started out with American Eagle, where she was featured in their “Back to School” campaign as Addison in a “virtual photoshoot” that took place in her bedroom. She then started a podcast with her mother and debuted the Item Beauty cosmetics line. Within this business, Rae acts as the Chief Innovation Officer.

She had an appearance in the 2021 remake of the 1999 classic movie “She’s All That,” “He’s All That.” In the modernized gender-swapped reboot, Addison portrays a character modeled by Freddie Prinze Jr. in the original movie. Then it was announced that she has a contract with Netflix. According to reports, Addison would star in several upcoming films for the streaming behemoth as part of this multi-picture agreement. Rae’s debut single was made available in 2021 as well.

Read More On: Jada Pinkett Smith: Amazing Facts About Her

Rae was said to have canceled a scheduled appearance at the iHeart Radio Music Festival in late 2021. It wasn’t fair to her fans, she said, if she didn’t feel fully committed to the show, and she was “not ready to offer 110%.” She went to New York Fashion Week and the Met Gala at this time.

Rae revealed through a number of social media posts that she was dating TikToker Bryce Hall in October 2020, but the two parted ways the following year. In January 2021, Rae gave her $1 million prize money from winning the Stay At Home Slam, an all-star Mario Tennis Aces tournament, to the organization No Kid Hungry. Omer Fedi, a musician from Tel-Aviv, Israel, and Rae started dating in June 2021.

In addition, she is well known for her close platonic friendships with Kourtney Kardashian and other Kardashian family members. Addison made an appearance on the popular reality series “Keeping Up with the Kardashians” after becoming close with Kourtney.

Rae appeared on Jimmy Fallon’s The Tonight Show on March 26, 2021. Rae received harsh criticism for teaching Fallon eight popular TikTok dances without giving the dances’ original producers credit. The majority of the criticism came from Twitter, where some alleged that the fact that most of the dances’ creators are black was evidence of systematic racism.

Rae told TMZ about the controversy, saying, “I think they were all credited in the original YouTube posting, but it’s kind of hard to credit during the show. But they all know that I love them so much and, I mean, I support all of them so much. And hopefully one day we can all meet up and dance together.”

After appearing on Fallon’s show in New York City amid the ongoing COVID-19 pandemic, Rae donned what looked to be a handheld glass face shield, which fans criticized for not being sufficient against the coronavirus. Rae stood up during a UFC match in July 2021 to welcome former president Donald Trump, which sparked rumors that she was a supporter of his.

She did not respond to inquiries about her support for the former president, which increased rumors. She liked multiple tweets praising Trump in 2016, including one encouraging users to “like” the tweet if they supported Trump, according to a BuzzFeed examination of her liked tweets. However, a spokeswoman for Rae said that the liked tweets were a bug. 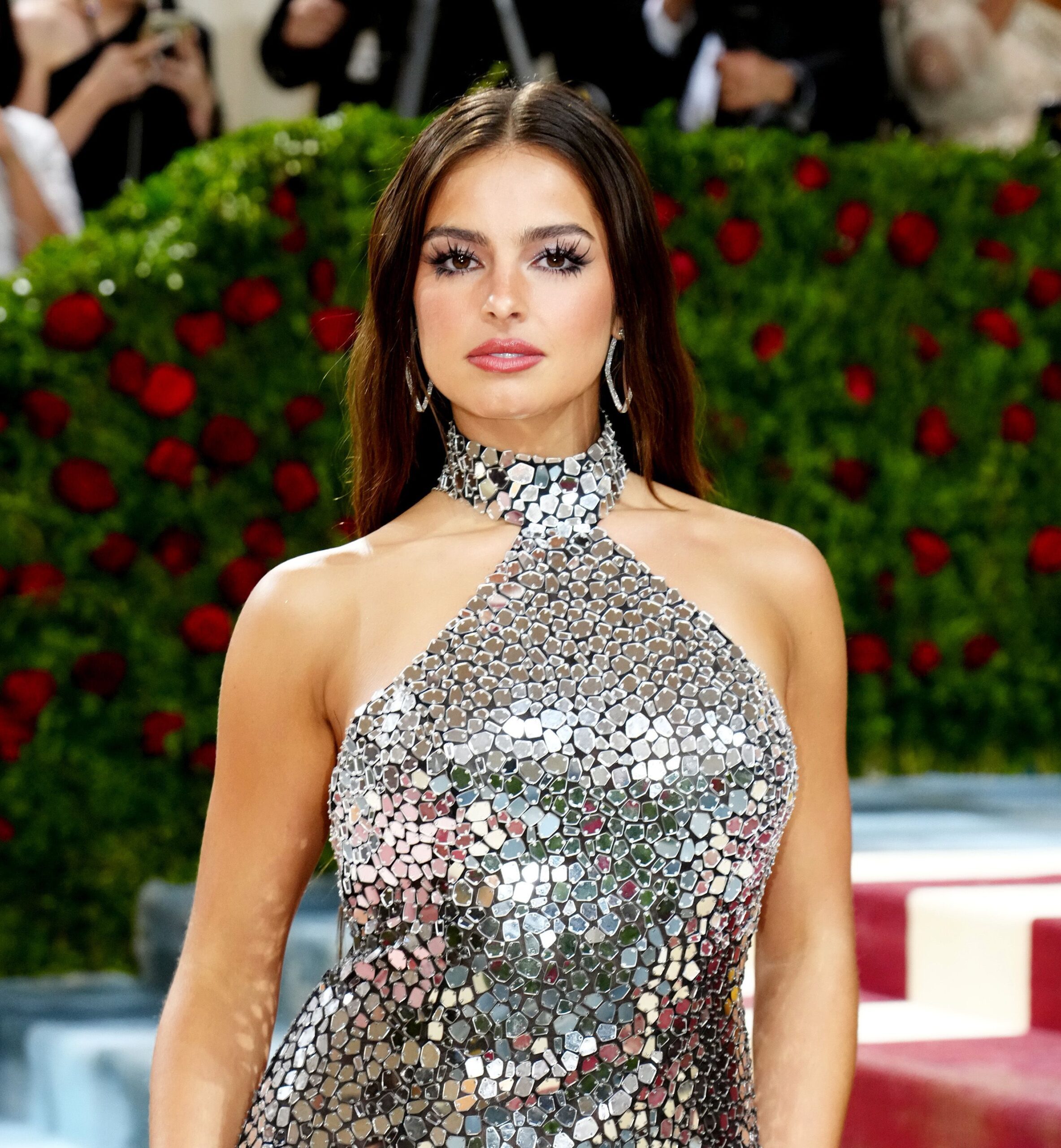 According to a report from Forbes in August 2020, Rae was the highest-paid TikTok star in the past year through June after earning $5 million from her different sponsorship deals and merchandising. Rae’s popularity on TikTok has given her the opportunity to work with brands including Reebok, L’Oréal, Hollister, and American Eagle.

She collaborated with American Eagle in July 2020 on the company’s #AExME Back to School ’20 advertisements, which marked the brand’s first virtual photoshoot and included images taken in Addison’s bedroom owing to the epidemic.

The “Stay At Home Slam,” an all-star “Mario Tennis Aces” video game competition, was won by Addison Rae in 2020. She then gave her $1 million award to the No Kid Hungry organization.

Addison made $9 million in revenue in 2021. Charli D’Amelio earned over $18 million in the same period.

It’s important to note that the majority of her income comes from sponsorships, collaborations, and brand endorsement arrangements with numerous well-known firms.

Read More On:Lil Baby: About His Great Success In The Music Industry And His Upcoming Album

A $3 million residence belonging to Addison Rae is situated in the Tarzana district of Los Angeles, California. According to real estate records, she paid $3.006 million for this house in 2019. This house has 6 bedrooms and 0.58 acres of land. 6,399 square feet of living area, an infinity pool, marble countertops, a sizable walk-in closet, and outstanding panoramic views of the neighborhood are just a few more highlights. There is a gorgeously groomed yard outside with lots of palm trees.

An American internet celebrity named Addison Rae has a $15 million dollar fortune. She earned $5 million in pre-tax profits in 2020, making her the highest-paid TikTok personality in the entire world. That earned $1 million more than Charli D’Amelio, the user with the highest followers on TikTok. Addison Rae made $9 million in 2021.

The revenue for Addison comes from sponsorships, item sales, and production agreements. has more than 80 million followers as of the time of this writing on her TikTok account, @addisonre.

Addison Rae became well-known thanks to numerous dancing videos. Addison started using TikTok in 2019, and by the end of the year, she had acquired over 80 million followers there. Along with Charli D’Amelio and Khaby Lame, she was one of the top three users on the app. The fact that she was reportedly the highest-paid TikTok personality in 2020 is maybe the most significant. The revenue for Addison comes from sponsorships, item sales, and production agreements. has more than 80 million followers as of the time of this writing on her TikTok account, @addisonre.

In addition to her TikTok work, Addison has ventured into acting and music. “Obsessed,” her first song, was released in 2021. She also made her acting debut in 2021’s “He’s All That,” the Netflix remake of “She’s All That.” Read More
Even though the phrase “Bennifer” may bring back memories of butterfly clips and frosted lip gloss, everything goes out of style eventually. Nearly 20 years after their romance made headlines around the world, Ben Affleck and Jennifer Lopez …