According to patent filings, Apple has been experimenting with virtual reality and augmented reality technologies for almost 20 years. However, as virtual and augmented reality gain popularity thanks to the release of ARKit, Apple’s experiments are becoming more serious and are anticipated to result in an Apple VR or Apple AR product in 2023.

There is a research division at Apple with hundreds of staff members studying the potential applications of AR and VR in upcoming Apple products. Over the past few years, employment for AR/VR has increased, and Apple has bought a number of AR/VR businesses to advance its work in the field.

Apple is working on at least two augmented reality projects, the first of which is a headset that will be available in 2023 and the second of which is a more stylish pair of glasses. It was unclear what would be released when because of the two initiatives, but it is now obvious that an AR/VR (or mixed reality) headset will be released first, followed by augmented reality glasses.

Read More On: The Best Virtual Reality Headsets to Purchase in 2022

Apple’s AR/VR headset was rumored to launch in 2022 at some point, possibly at WWDC in June, but there are still problems with the development process that the company needs to fix. It seems likely that the AR/VR headset won’t be available until 2023 at the current time. The headset is most likely to be released in 2023, with the glasses following in 2024 or 2025, according to reliable sources like Apple analyst Ming-Chi Kuo and Bloomberg’s Mark Gurman.

Apple is developing an AR/VR headset that will be a standalone device with potent A-series CPUs that will match Apple’s Macs in capability. It will have two chips inside that will enable it to manage virtual reality capabilities and conduct difficult jobs. It will also be able to function without an iPhone or a Mac.

The headset will have a similar appearance to current headsets on the market, such as the Facebook Oculus Quest, but it will be slimmer and lighter to assure comfort. An immersive viewing experience will be provided by two high-resolution micro OLED screens with up to 3,000 pixels per inch, and there might also be an additional display on the side for peripheral vision.

A number of trademark applications, according to Bloomberg, suggest that Apple may title its VR headset the Reality One or the Reality Pro. Both of these titles might refer to different models, too.

There haven’t been any more Apple trademark applications that suggest a reality headset, even though this hasn’t been confirmed yet. These names are therefore the most likely ones at this time.

Reality One and Reality Pro Might Have Their Own OS

There was a prior trademark application for RealityOS along with the ones for Reality One and Reality Pro. This indicates that watchOS for the Apple Watch and tvOS for Apple TV will likely be the specialized operating systems for Apple’s VR devices.

Although we don’t know much about RealityOS, the system will probably be equipped with the M2 chip, which is also included in the updated MacBook Air. This indicates that the system ought to have no trouble handling sophisticated programs.

With a design that isn’t too unlike the Facebook Oculus Quest virtual reality headset, Apple’s augmented reality/virtual reality headset will resemble several other VR headsets now on the market. We know what to anticipate because certain design specifics have been discussed in rumors and even seen in a prototype by The Information.

To provide a comfortable fit, the headset will be made of textiles and lightweight materials. It sports a “sleek, curving visor linked to the face by a mesh material and swappable headbands,” according to the description. Based on these headset descriptions, designer Ian Zelbo created the renderings below.

The headset will be held on the user’s head by a band in the back made of a material like an Apple Watch band, and a soft mesh will make the fit comfortable against the front of the face. Headbands can be changed out and their sizes adjusted.

One headband is said to use spatial audio technology, similar to what is found in the AirPods Pro, to simulate surround sound, while another is said to offer more battery life while you’re on the road. One headset prototype included a physical dial on the side of the visor, and it would be able to respond to the wearer’s eye movements and hand motions as well.

The design prevents light from entering the wearer’s field of vision by obstructing peripheral vision, and it’s probable that there will be an outward-facing visor for displaying graphics to others.

According to reports, current headset prototypes weigh between 200 and 300 grams. However, if technological issues can be resolved, Apple hopes to decrease the final headset weight to between 100 and 200 grams, making it lighter than current VR devices.

The AR/VR headgear is rumored to include two to three displays. Two high-definition 4K micro OLED displays with up to 3,000 pixels per inch will be used. Apple is anticipated to use display modules from Sony, though it may also use some Samsung OLED displays.

Because micro OLED displays are constructed directly on chip wafers rather than a glass substrate, they are more compact, thinner, and power-efficient. They are perfect for augmented reality (AR) and virtual reality (VR) applications because they provide pixel sizes between four and twenty micrometers, as opposed to 40 to 300 micrometers with normal OLED panels. They also have a faster response time of a few microseconds.

Apple uses “Pancake” lenses, which enable a thin and light design. Although more expensive than the Fresnel lens technology used in other VR headsets, pancake lenses will produce a much thinner device.

Users won’t be able to wear glasses because the headset fits so closely to the face, but there may be a way to cover the screens with prescription lenses.

More than a dozen optical cameras will be included in the headgear to scan the environment, track hand gestures, and show visual experiences. Lifelike avatars with precise facial characteristics captured by the built-in cameras are considered to be one of the headset’s standout features.

Eye-detecting cameras are reportedly going to enable users to “read microscopic writing” and see persons standing in front of and behind virtual things. The headgear will be able to accurately map the surfaces, edges, and measurements of rooms.

Additionally, two downward-facing cameras that are specifically designed to record leg movement are reportedly being added by Apple. This novel addition will improve motion tracking.

For the AR/VR headset, Apple is experimenting with a number of input techniques, such as eye tracking, hand gestures, and input from a wearable device that is connected to the headset.

The headset will include voice control and support for Siri commands, as well as four 3D-sensing modules for spatially detecting hand gestures and nearby objects. Additionally, it can possibly track expression and detect skin.

A “thimble-like device to be worn on a person’s finger” is one of the various control mechanisms that Apple is developing.

Read More On: Check Out The Best 7 Smart Glasses

Iris scanning will work similarly to Face ID and Touch ID on iPhone, iPad, and Mac devices when used with an AR/VR headset. It could make it possible for two individuals to utilize one headset, and it is a capability that rival headsets like Meta’s new Quest Pro don’t have.

The AR/VR headset will have two Mac-level M2 processors, providing wearable computing capabilities never before seen. Apple used the same processors that were first used in the MacBook Air. Due to the powerful CPUs, Apple will reportedly use a 96W power adaptor to charge the headset.

A high-end main processor and a lower-end processor for controlling the components of the device related to the sensors will be present. These two chips might be 4-nanometer chips, the most recent TSMC technology, and 5-nanometer chips. The headset will have autonomous power and storage, and it won’t be dependent on an iPhone or Mac for computing power.

The SoCs for the AR/VR headset has been finished by Apple, and they will be optimized for wireless data transmission, video compression and decompression, and power efficiency for long battery life, even though they lack a neural engine like some of Apple’s other chips.

The newest WiFi protocol, WiFi 6E, will be supported by Apple’s future mixed-reality headset. According to reports, WiFi 6E will be used by Apple to deliver a premium, immersive experience with reliable wireless access. In order to increase bandwidth and reduce device interference, WiFi 6E adds a 6GHz spectrum to the 2.4GHz and 5GHz bands in addition to all of the other benefits of WiFi 6.

The headset’s price could start at roughly $3,000, making it far more expensive than an iPhone. It will first be positioned as a tool for experts, content makers, and developers rather than average consumers.

Apple has informed vendors that it anticipates sales of seven to ten million headsets within the first year of availability, although it only intends to sell one headset per day per retail location.

The AR/VR headset was supposed to be unveiled at WWDC 2022, but given the problems mentioned above, it now appears that Apple will release the headgear no earlier than late 2022, with 2023 maybe being even more likely.

According to Apple analyst Ming-Chi Kuo, the headset will be unveiled in January 2023, with a launch to follow. According to Bloomberg’s Mark Gurman, Apple had originally planned to debut the headset in the middle of the year but has since moved that date up to the end of the year or 2023.

According to DigiTimes, Apple completed important production testing (EVT 2) for its AR/VR headset in February 2022, ensuring that prototype units can adhere to Apple’s design objectives and requirements. In contrast to other speculations we’ve heard about delays and a 2023 debut, DigiTimes predicts that the headset will go into full production in the months of August and September, with a release scheduled for before the end of the year. 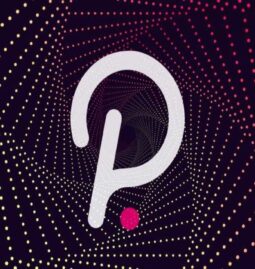 Read More
However, there is a new cryptocurrency currently gaining popularity known as Polkadot. Launched in May 2020, Polkadot is a digital currency that connects the technology of blockchain from many different cryptocurrencies. Although, Bitcoin is still at the top …
Read More
Although it hurts when it does, it is a fact of life. Humans misplace things. keys, wallets, phones, bags, scarves, and pants. Anything you can think of, we’ve probably lost. And it applies to both inside and outside … Read More
For most of us, a number plate is just a piece of stamped metal with an identification number. However, those plates represent a doorway to prestige and swagger for the fan. They’re prepared to pay for it as …