Attack on Titan has proven to be one of those rare anime series where fans actively support the villains from its inception. The series is full of likable villains that fans have grown to admire, whether it’s due to their charming personalities, calm manner, or understandable motivations. Eren is seen as a savior by Floch, who believes he will bring in a new Eldian Empire. Fans have learned to appreciate Floch’s zeal and genuine dedication to his cause, despite his admission that he is a coward. Floch discovers an inner strength and a feeling of purpose that allows him to conquer his worries after dedicating himself to following Eren. Porco Galliard, Marcel’s younger brother, is the current wielder of the Jaw Titan and a member of the Warrior Unit. Porco is popular among fans because he is fearless in fights and loyal to his teammates. He is frequently seen racing into battle and fighting with a ferocity that is hostile even when compared to his Titan peers.

Despite his occasional rudeness and condescension toward Braun, whom he blames for his brother’s murder, he is willing to put his life on the line to protect his colleagues. Porco is a fearless warrior who battles first and asks questions later, which makes him popular among his followers. Dina Jaeger, Grisha Jaeger’s first wife, is more of a victim than a villain. Dina’s existence before becoming an Abnormal Titan is little known, except for her belief in the Eldian Restorationists’ cause.

What is known is that after being changed into a Titan, Dina proceeded to consume Carla Jaeger and Hannes, two adored characters. Even if she cannot be held liable for her activities as a Titan, those facts alone are enough to make most fans dislike her. Pieck Finger, another member of Marley’s Warrior Unit, presently wields the Cart Titan’s power. Due to the amount of time she has spent in her Cart Titan form, Pieck is somewhat weird and loves to go around on all fours. She is incredibly bright and can rapidly assess a situation, as she demonstrated during the attack on Liberio when she determined that something was afoot.

Pieck is popular among fans because she is not only brave and strong, but she also cares profoundly about her family and fellow Eldians. Her primary purpose for becoming a Warrior is to care for her ailing father, and she has no grudges against the inhabitants of Paradis Island. Willy Tybur, the powerful Tybur family’s leader, had all the makings of a sympathetic villain. He was charming and bright, and his Eldian forefathers’ misdeeds against the Marleyans seemed to worry him deeply. His determination to tell the truth about his family’s rise to power and their contract with King Fritz was unquestionably honorable and courageous.

However, his aim for disclosing the truth was ultimately a power play to persuade the world to wage genocide on the people of Paradis Island. Tybur’s journey was cut short by Eren’s unexpected attack on Liberio, thus fans will never know what may have happened if he had finally become a key opponent. Zeke Jaeger’s personality is mostly based on his laid-back demeanor and tragic past. As a child, Zeke was practically abandoned and enlisted in Marley’s Warrior Unit.

Zeke formed extremely harsh views of Eldians as a result of his upbringing, and he eventually came to feel that it would have been better if all of Ymir’s Subjects had never been born.

While he does not enjoy killing and shows regret for the lives lost as a result of what he considers fruitless resistance, he is also willing to go to any length to complete his objective, and often acts in a cold and distant manner even toward his teammates. The Female Titan’s identity was one of the most well-guarded mysteries during Season 1, and many fans were taken aback when Annie’s hidden identity was finally revealed. Her calm manner and dark personality have garnered a lot of fans since then.

Annie is cynical, and her deadpan humor frequently surprises-both other characters and fans. Her feeling of duty clashes with the sorrow she feels for killing humanity and betraying her Scout friends as she fights with her role as a Warrior. Annie, at the end of the day, merely wants to live a normal life, and her desire to do so makes her all the more appealing. Kenny Ackerman was the only man on Paradis Island who could compete with Levi Ackerman for the title of the most dangerous man. Kenny was merciless in his pursuit of power, putting nothing in his way.

He admired individuals who earned his respect, such as Uri Reiss and his more capable subordinates, and he cared deeply about Levi and his late grandfather.

He despised himself for his lack of empathy, and he didn’t think he’d be a good surrogate parent for Levi. Kenny saw himself as a tool whose only value was in his ability to murder, a perception that he carried with him for the rest of his life. Reiner Braun is difficult to dislike, even though he betrayed his fellow cadets and willfully acted in a way that resulted in the deaths of thousands of civilians. Reiner used to think of the residents of Paradis Island as devils, but his time as a cadet changed his mind.

Those events severely shattered his faith in himself and the Warriors’ objective, and he now fights to reconcile his identities as a person and as a soldier. Reiner eventually forgives the people of Paradis Island and attempts to live with the traumas of his past while attempting to defend his colleagues. Eren Jaeger, the ultimate anti-hero, is one of the most divisive characters in the series, yet many fans believe he can do no wrong.

Although Eren finally turns on his Scout’s companions, he does so only because he believes he is the only one who can safeguard humanity behind the walls and the people from their foes.

Eren is a tenacious goal-setter who will go to any length to achieve his objectives, despite the fact that this dedication has earned him a slew of enemies along the road.

At the same time, many admirers have grown to admire Eren’s never-say-die attitude and sympathize with his viewpoint. In any case, Eren has wandered from his heroic path, yet he remains one of the series’ most popular characters, if not the most popular. 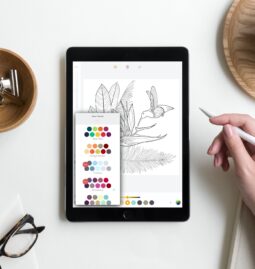 Read More
What at first seems trivial could quickly become your favorite activity. Yes, people do experience that kind of change as a result of using adult coloring apps. Above all, they are affordable, inventive, and stress-relieving. You’ve arrived at …
Read More
The little black dress of the beauty industry is nude makeup. It’s a go-to for a natural “no makeup” vibe but can also give seductive and smoky glam for evening situations because it’s easy, adaptable, and practical. You … 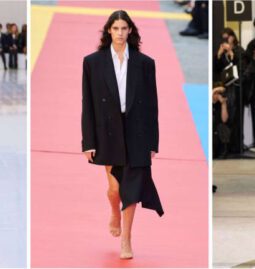 Read More
A fashion week is a one-week fashion industry event during which fashion designers, brands, or “houses” present their current collections to buyers and the media in runway fashion shows. These events have an impact on the current and …