The resurgence of beards is well known. Black males are now again adopting facial hair, including the traditional goatee, the chin strap, and even mutton chops. And it makes sense growing a beard elevates your appearance, reveals your individuality, and draws attention to your greatest qualities.

And even better, ladies adore them, whether they have a full, traditional beard or just a full five o’clock stubble. Check out the best beard styles for black men whether you’re thinking about growing your beard or want to switch up your look. One of the most common black men’s beard styles in the past was the full beard, and for good reason. The good news is that this traditional full beard style has recently become more popular, proving that what was once old is now modern.

The full beard style may be molded and sculpted to fit almost any black man’s face, regardless of haircut or hair growth pattern. The long beard appearance will be simple for black males with well-coiffed hair to pull off.
Lovers of vintage beard styles who can appreciate this aged look are also big fans of the full beard style. The anchor is a mustache and pointed goatee-style beard; this combination gives the beard its name since it has the appearance of an anchor. The Tony Stark beard, named after the Marvel superhero, is another name for it. When it comes to the anchor beard, grooming is crucial; routine trimming is necessary to maintain the shape. The anchor beard style looks best on guys with round, rectangle, or square faces. The 19th-century Italian general Giuseppe Garibaldi, who was renowned for his bravery in combat, is honored by the term Garibaldi’s beard. It blends a mustache with a broad, rounded beard to create a powerful, manly appearance. James Harden, an NBA great, sports a ducktail, a version of the Garibaldi beard. In that look, the beard’s base is shaped into a little point. Get regular cuts from your barber to keep your beard looking like Garibaldi. By doing this, you promote hair growth and eliminate broken ends, which, if they remain, can give your beard a scraggly appearance. Nothing beats a traditional, full beard. It’s an effortlessly masculine appearance that is timeless and adaptable. Due to its adaptability and popularity in the 1970s, black men are once again sporting full beards. Your barber can trim your beard to balance out a round, wide, or narrow face or to provide the appearance of a stronger jawline. A classic beard complements a wide range of hairstyles, including Afros, locs, and completely shaved heads. Mutton chops are a different vintage trend that is currently popular. They are appropriate for men seeking a distinctive and aggressive beard style. Wide-angled sideburns that are long and full give the appearance its signature. Mutton chops run the risk of appearing to be a costume because they are so closely related to the men of the Old West. Grow the chops into a beard to give them a contemporary touch, and maintain them with routine sessions with the barber. Mutton chops will offer you a full face and an old-school macho look if cared for properly in this manner.

6. Short Beard with Shape Up The shape-up is a common option for many black men when it comes to beard upkeep. To make a clean break between your skin and hair, you must shave your cheeks. When compared to a curved line, a straight line might make your face appear more angular. While a shape-up can be worn with any type of facial hair, NBA player LeBron James is known for wearing his angled shape-up with a full beard, but a short beard looks the best. By adding and attaching the mustache to the short beard style, black men with round faces can really maximize their appearance. The black men’s goatee beard style draws attention to whether the edges are kept thin or allowed to grow thicker, especially when they are allowed to grow into a full beard. For black males, this is likely the most straightforward beard style. It bestows upon them a distinctive short beard style with an imperial air. The soul patch, a different take on the goatee, is only a short, trimmable strip of facial hair that runs from the lower lip to the chin.

The mustache is a distinctive approach to complement this short beard style and can stretch all the way to the middle of the chin to form the chin strap in addition to the soul patch. All black men who sport this ensemble will undoubtedly attract some attention.

Read more on: Best Home Theater Receivers in the Midrange for 2022 The Van Dyke beard is a truly original take on the standard goatee. It is neat, crisp, and sharp. Anthony Van Dyke, a Flemish artist, popularized the short beard style, which is simply a short beard on the chin attached to a goatee and little to no mustache.

Daily trimming is required to keep the imperial Van Dyke seem presentable. This is undoubtedly an acquired taste, but it also gives black men a lot of creative freedom when it comes to enlarging their soul patches or shaping their chin beards. Any man can pull off the bold look of the bushy beard. A larger beard can be trimmed to define your jawline or balance your features, lengthening your face, because it conceals the lower half of your face. These beards can make you appear older and more mature because they take longer to grow and need a strong base of hair. Donald Glover adopted the bushy beard in 2018, giving him a 1970s-inspired appearance. He had previously preferred the barely-shaven beard and the mustache. The striking appearance of the biker beard draws attention. It entails trimming your beard such that it is extra long at the chin and straight on the sides. A biker beard must be grown out over time and with little extra attention to avoid seeming unkempt or unruly. Regular trims and the use of beard oil for hydration are essential. Lanolin-based oils should be avoided by black males since they can clog your pores. Instead, to keep your skin and beard looking their best, pick a cream that contains coconut, argan, tea tree, and jojoba oils. A traditional male appearance is the five o’clock beard, also referred to as a five o’clock shadow. It entails letting your beard grow for one or two days before shaving it down with an electric shaver, much like the barely shaved beard. You only need to properly shave the margins of your beard on your neck and cheeks to achieve this straightforward, natural look. To keep this beard’s casual vibe, make sure the line is gradual rather than crisp. The bald guy’s beard is a classic that never really seems to go out of style when it comes to black men’s beards. The full beard, which was thick and opulent and reached the edge of the ear before a crisp line was drawn and no hair was allowed to climb higher, was made popular by men who were beginning to go bald but could still grow one.

Even black males with a full head of hair would shave it off in order to acquire the advantages and attention that the full beard look commands. This isn’t your standard neckbeard; instead, it’s one of the several black men’s beard designs that have been extremely fashionable in recent years. Take a look at James Harden playing basketball to see how his ducktail beard style grabs the attention of 50,000 shouting spectators in a large arena.

The secret to the ducktail beard style is to let the chin hair grow out as long as it can, giving it the appearance of a full beard and a duck’s tail, and then shape it any way you wish. Fits perfectly on black males who want to wear a t-shirt with jeans or a business suit with sunglasses. Allow your beard to develop into a full beard and as it begins to grow past the chin, you can split it in half. With the advent of Jack Sparrow and each new Pirates of the Caribbean film, this killer black men’s beard style has grown popular. Many black men who wish to project an air of spontaneity and wildness while maintaining composure and coolness find this beard style appealing. The chin beard, which was popularized by actors Michael Ealy and Jamie Foxx, mixes a fuller goatee with a shorter, barely shaven mustache. Trim your sideburns and any cheek hair with a razor. By doing this, you maintain attention on your beard and the middle of your face. Men with diamond and triangular face shapes look good in it. When you trim facial hair, it looks like stubble just before it reaches a particular growth threshold, which will probably happen in 4–7 days. The important thing to remember is that you are not trying for the quick-fix five o’clock shadow appearance; instead, you want the facial hair to develop to the point where it almost resembles a full beard but is still not quite there.

It may take some talent and commitment to perfect a stubble beard style, but the rewards far outweigh the costs. All black males within arm’s reach are drawn to this timeless style, and even a 1/2 inch of growth will do. Be cautious because if you err, you instantly transform from a classy star to a booze-soaked hobo. 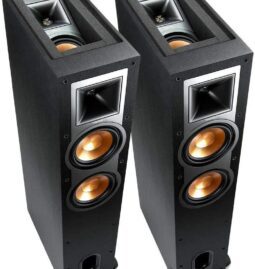 Read More
The best Klipsch speakers combine form and function, as do all great speakers. As our hand-picked list demonstrates, Klipsch has a reputation for producing well-engineered speakers with a focus on sound quality and a sophisticated feature set. Take … Read More
For its fair debate threads, memes, and some of its contentious gray items, 4Chan is actually quite well-liked (almost sounds like The Happening). You won’t encounter any issues if you surf 4chan on a PC, however, 4chan is … 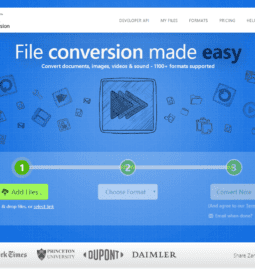