TV personality, author, and businesswoman Bethenny Frankel hails from the United States. She is a motivational speaker in addition to being the creator of the renowned alcoholic beverage firm “SkinnyGirl Cocktails.” Additionally, she has made a number of TV appearances and launched her own talk show called “Bethenny.”

In the course of her career, she also wrote four self-help books, making her a multi-talented individual. Bethenny had a really challenging childhood while being born and raised in New York. When she was 4 years old, her parents divorced, and there was nothing particularly positive about her mother’s connection with her second husband.

Beginning in the early 1990s, Bethenny worked as a TV personality, regularly appearing on a variety of reality programs like “The Apprentice: Martha Stewart” and “The Real Housewives of New York City.” She wrote a successful first book titled “Naturally Thin: Unleash Your SkinnyGirl and Free Yourself from a Lifetime of Dieting” in 2009. After that, Bethenny published three more books, solidifying her status as a best-selling author. Her company, “SkinnyGirl Cocktails,” which she established in 2011, was eventually sold for $100 million.

Who is Bethenny Frankel?

Robert J. Frankel and Bernadette Birk welcomed Bethenny Frankel into the world on November 4, 1970 in Queens, New York City. Her father was an accomplished horse trainer who had won numerous “Eclipse Awards.” His mother worked in the industry. Being the family’s lone child, the antagonistic atmosphere in the home quickly changed after she was born. When Bethenny was 4 years old, her father abandoned her mother.

As soon as Bethenny’s father stopped giving them money, the mother-daughter team experienced financial hardship. The following year, Bethenny’s mother wed John Parisella, another horse trainer, who was regrettably worse than her original father. Bethenny saw her mother wallow in depression and become an alcoholic as John mistreated them.

Bethenny began helping her biological father at his stable because she was having financial difficulties. She kept up with her studies in the interim. When Bethenny reached adolescence, her mother began traveling rather frequently, and Bethenny followed her and attended numerous schools as a result.

In order to stabilize her academic career, her mother eventually managed to enroll her at a boarding school in the middle of the 1980s. Bethenny completed her education at Florida’s Pine Crest School in 1988.

Even though she was a teenager with a variety of interests, acting was her first love. She was a physically fit and health-conscious young woman. This inspired her to think about modeling as a possible career. She opted to support acting, nevertheless. She attended “New York University” to study communications and psychology. She relocated to Los Angeles as soon as she received her degree from the college in order to pursue acting professionally.

Read more on: Sean Hannity: About His Career And Net Worth

Beginning in the early 1990s, Bethenny relocated to Los Angeles and began attending small-screen and television auditions. Her failures soon became a constant. A production assistant position on the set of the sitcom “Saved by the Bell” was eventually secured by her after considerable difficulty.

But not long after the job ended, Bethenny was bankrupt. The difficulty of affording a good life in Los Angeles forced her to work numerous menial jobs to make ends meet.

Soon after, she started working as a nanny, and on one occasion, she took care of Paris Hilton, who was still a teenager at the time. She continued to struggle until she was able to land a stable position as Jerry Bruckheimer’s personal assistant, an acclaimed producer.

The position promised her a promising future in the entertainment sector because it paid her well and introduced her to many influential people. She immediately started her own business.

In the late 1990s, she started a party organizing company, but it was a complete failure. The business she afterward established selling pashmina scarves did not succeed either. She returned to school in 2002 to pursue a gourmet concentration at the “Natural Gourmet Institute” since she was fed up with her ongoing challenges. She wanted to work as a chef. Her experience with bad eating habits as a child inspired her to pursue a career in culinary arts.

Her family’s troubles as a child caused her to lack confidence, which made her extremely self-conscious about her figure and occasionally forced her to adhere to restrictive diets.

After completing her education at the facility, she founded Bethenny Bakes. Her business caters to opulent gatherings in New York City and offered delicious and healthful cookies. However, “Bethenny Bakes” was a complete disaster, much like all of her previous endeavors, leaving Bethenny more in debt.

However, she was able to enter the American reality TV market thanks to her endeavor. Bethenny’s experience in baking helped her get a spot as a participant on the reality series “The Apprentice: Martha Stewart” in 2005. Bethenny advanced to the final two contestants by the end of the night.

Her appearance on this show made her a household name in the US and opened doors for her to feature on other reality TV programs, including “The Real Housewives of New York City.” The most well-liked competitor on the popular show that aired in 2008 was Bethenny.

The producers capitalized on Bethenny’s quick rise to fame in the US by developing another show with her as the star. The ‘Bethenny Getting Married?’ television program followed her path to marriage. The program had a successful start in 2010 and eventually gained popularity among viewers. The show’s second season, titled “Bethenny Ever After,” debuted in 2011.

After the popularity of the program, Bethenny made the decision to capitalize on her fame and published a book in 2009 called “Naturally Thin: Unleash Your SkinnyGirl and Free Yourself from a Lifetime of Dieting.” Because of the success of the book, Bethenny went on to publish three more books and establish her brand as “SkinnyGirl.”

In 2011, Bethenny launched her most successful business endeavor to date. She founded the drink brand “SkinnyGirl Cocktails,” which offered its consumers low-calorie alcohol with a delicious flavor while dismissing the risk of gaining weight. Bethenny expanded the brand by beginning to sell shapewear and women’s accessories under the same name.

Excited by the popularity of her brand, she launched her very own talk show in 2013 under the name “Bethenny,” which ran for just one season.

Peter Sussman, an executive in the entertainment industry, and Frankel were wed from 1996 to 1997. She wed Jason Hoppy, a pharmaceutical sales executive, in March 2010. Bryn is their only child. Frankel filed for divorce in January 2013 after the couple’s separation in December 2012. In June 2014, a custody agreement was completed, and in July 2016, a financial settlement. In January 2021, Frankel and Hoppy’s divorce became legally binding. Paul Bernon, a producer of movies, is her fiancé.

Frankel was admitted to the hospital in December 2018 after swallowing fish-containing soup despite having a severe fish allergy. Since then, she has pushed for planes to stop serving fish, claiming that doing so puts passengers with fish allergies at risk. This is because cooked seafood is dangerous to have around in an enclosed commercial airliner. Read More
Marcel Young is the son of Dr. Dre and Michel’le Toussant, who is a singer. Young is Dre’s sixth child and his mother’s first child. Young, unlike Dre’s other children, has kept his personal and professional lives very … 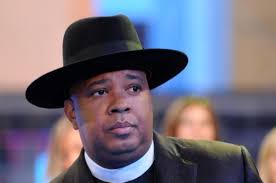