How can alcohol be instantly made more enjoyable? Blue it up. Hpnotiq, the aquamarine-colored concoction of fruit juices, vodka, and cognac that quickly rose to the top of the US liqueur charts, exudes a special charm and enduring fascination.

Pronounced similarly to “hypnotic,” but with an alternate spelling that no one seems to be able to recall (Hypnotiq? Hpnotique? Hpnotic?)

This amazing beverage has a delightful and opulent feel to it. It is instantly interesting and in no way gimmicky.

At the start of the millennium, hpnotiq was first made public. There is no better beverage to mark the beginning of a new century than this striking liqueur, which is the hue of tropical seas and summer skies.

A fruit liqueur called Hpnotiq has a flavor that is a cross between mango and passion fruit. It has a light mouthfeel, is refreshing and simple to drink, and is unmatched in its ability to hold its own when mixed with a variety of cocktail ingredients.

You’re not alone while sipping Hpnotiq. The liqueur has been at all the top events, including the Grammys, Oscars, and New York Fashion Week, earning it the title of “celebrity drink of choice” according to NBC.

Yes, compared to more traditional spirits like whisky, brandy, and bourbon, it hasn’t been around as long. Nevertheless, despite its youth, Hpnotiq—or Hypno, if you’re in the know—is already well-known.

The origins of the brand Hpnotiq

Raphael Yakoby invented the Hpnotiq technology. Yakoby dropped out of college when he was 25, and he was still residing with his parents. He then caught a glimpse of a blue perfume bottle while shopping at Bloomingdale’s in New York City in the early 2000s.

Immediately seductive, the color was. Alcohol may be included under the same heading.

The creation of a blue liqueur recipe was thus started by Yakoby. Even though he lacked any commercial expertise, the concept was sound. He teamed up with Nick Storm once the combination had been perfected.

Hpnotiq was a tremendous hit at a Sony party where Storm brought a case of it. After that, he carried it around to parties, clubs, and promotional events while spreading the word with the help of his contacts in the music business.

Soon after, Storm succeeded in getting a bottle into the Fabolous music video Trade It All. Although alcohol is frequently advertised in music videos today (think Busta Rhymes and Courvoisier), at the time, it was novel.

Hpnotiq gained popularity overnight. Everything had it. The liqueur was one of the fastest-growing spirits in history after the couple sold 1 million cases of it in just three years. With Sean Combs, Nick Storm co-founded the Cîroc vodka brand and later earned the nickname “million case guy.”

By consenting to carry the liquor at his New York restaurant chain, Justin’s, Combs played a significant role in the growth of Hpnotiq. Soon after, a number of other well-known people, like Missy Elliot and Kanye West, began endorsing Hpnotiq, solidifying the company’s position as a key component of club, hip-hop, and popular culture. The Jersey Shore television program included it as well.

Regarding Yakoby, He had made $50 million one year after his debut. Then in 2018, when his Versaille-inspired Long Island estate was put on the market for $60 million, he grabbed headlines once more.

Looking further, what precisely is Hpnotiq?

Hpnotiq’s brilliant pale blue color will catch your attention right away. The drink and its frosted Champagne-shaped bottle are easily identifiable thanks to this fascinating color, which resembles the waters of a Caribbean island.

The taste is another factor. Tropical, in a word. It has flavors of mango, passion fruit, and citrus and has an ABV of 17%, or 35 proof, which gives it an unmistakable alcohol punch.

Hpnotiq is a triple-distilled French grain vodka produced and bottled in the Cognac area of France. Before being mixed with five distinct cognacs, each of which has been aged in wood, it is filtered through charcoal for maximum smoothness.

A master blender also adds an unidentified mixture of fruit juices to the spirits. What’s the cause of the blue color? Sadly, that is a top-secret matter. Maybe it has to do with the fruit being macerated?

The 2014 introduction of Hpnotiq Sparkle expands on the original Hpnotiq, which is a blue and tropical taste. It is identical to the original but contains bubbles like Champagne. It’s the ideal holiday beverage, and it was released around Christmas with an advertising campaign spearheaded by Khloe Kardashian.

The brand unveiled Hpnotiq Harmonie to the world in 2011. The ingredients of this purple Hpnotiq are Cognac, fruit, flowers, and vodka. It is a wonderful sweet delight and popular among young female drinkers in particular thanks to its lavender, violet, and berry infusion. When combined with equal parts Champagne, it tastes wonderful.

Rapper Fat Joe, who was one of the first celebrities to promote Hpnotiq in the early 2000s, joined the brand’s ambassador program in 2019 and unveiled the Hpnotiq OG limited edition bottle.

How to take Hpnotiq

There are no established guidelines for drinking hpnotiq because it is a unique beverage.

You can drink it directly from the fridge as an aperitif in a glass of your choosing or over ice. Depending on how much you plan to drink, a tumbler or shot glass is recommended.

But it’s when this extraordinary blue liqueur is combined with other flavors in drinks that it really shines. It complements a wide variety of flavors, especially those that are lighter in spirit, like rum, vodka, Champagne, sparkling wine, or gin.

Hpnotiq is a true party beverage and is best enjoyed with others. Pick up a bottle of Hpnotiq online, invite your pals over, and start preparing one of the exotic concoctions or traditional Martinis listed below.

The Hulk was a smash with male drinkers in particular after it was first launched in one of Sean Combs’ restaurants in New York City and quickly became a fan favorite. The fruity sweetness of Hpnotiq is given a little sharpness by the addition of Hennessy.

Add ice to a lowball glass. The Cognac and Hpnotiq should be added last. The drink will turn greener as you add more Hpnotiq.

Prepared for a vacation? This drink’s intoxicating blend of pineapple and coconut rum will carry you off to a tropical island. The ideal drink for poolside. Cocktail umbrellas are required.

Add sugar to the glass’s rim. In a shaker with ice, combine the Hpnotiq, rum, and pineapple juice. Shake to combine. Into a glass, strain. Slices of pineapple and an umbrella are garnishes.

This two-ingredient drink, a radical revision of a time-honored favorite, appears to be very easy. One is extremely smooth and tastes sophisticated and tasty even after being shaken for less than 30 seconds.

Just shake every component with ice, strain it into a cocktail glass, and top it with a lemon slice.

Is Hpnotiq safe to consume straight?

Hpnotiq can be consumed neat, chilled, or over ice. You can take a shot of it or have a long drink. The Incredible Hulk drink, which combines hypnotiq with Hennessy Cognac, is perhaps the most famous example of how well hypnotiq mixes.

What type of booze is hypnotiq?

Since Hpnotiq is a sweetened spirit with flavorings added, it is a liqueur as opposed to liquor. It starts with a base of vodka and is then mixed with fresh fruit juice and a touch of cognac.

Is Hpnotiq required to be chilled?

Since hypnotiq is best consumed cold, it can be kept in the refrigerator or freezer. But it also keeps well outside of the refrigerator. To chill it, you may simply shake it with ice in a cocktail shaker or pour it over ice.

What does a Hpnotiq cost?

The type of bottle determines how much Hpnotiq costs. Hpnotiq comes in regular 750 ml bottles that run about $20. Hpnotiq is sold in 1-liter bottles for $35. The company also sells the Hpnotiq Sparkle version, which is priced at about $20. In addition, Hpnotiq Harmonie, which has a 750 ml price tag, is available. Read More
Employers look for a few abilities in job candidates regardless of the open position, and having these skills might make you more valuable to recruiters. Communication, problem-solving, and teamwork are among these abilities. In this post, we’ll go … Read More
Qatar is a Western Asian country. It occupies the small Qatar Peninsula on the Arabian Peninsula’s northeastern coast, sharing its only land boundary to the south with the Gulf Cooperation Council monarchy of Saudi Arabia, with the remainder … 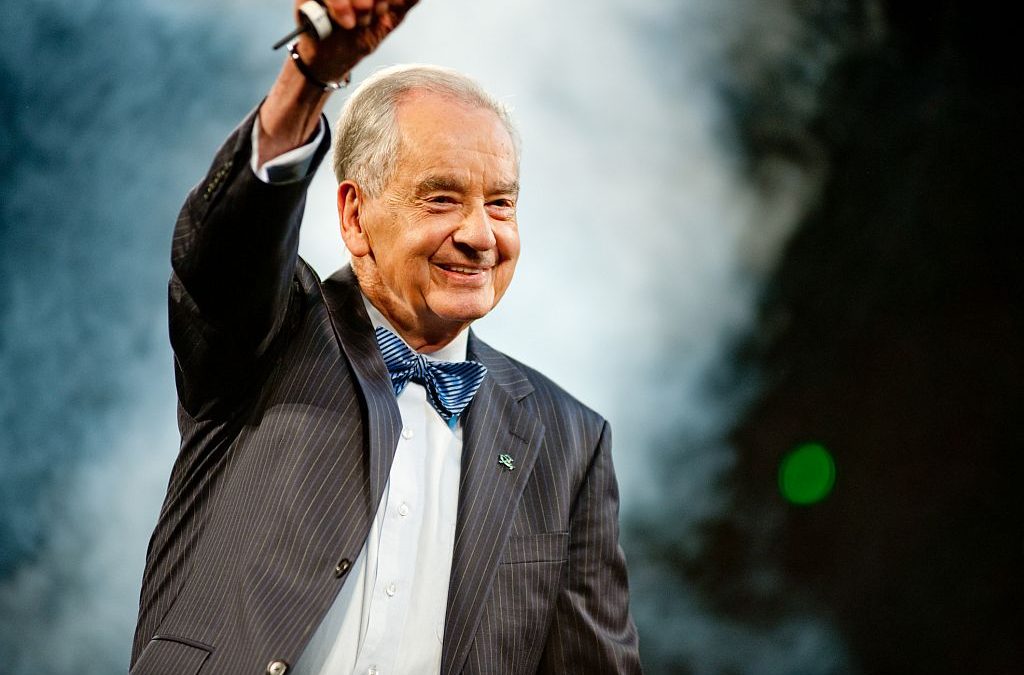 Read More
Hilary Hinton Ziglar was an American author, motivational speaker, and salesman. Best known as Zig Ziglar, he gained recognition because of his commitment to his work and motivational speeches. Zig Ziglar’s net worth at the time of his …