A smart lock might be the answer if your home’s outdated deadbolt is simply not high-tech enough. You can lock and unlock your door using your phone or voice with the reasonably priced Bosma Aegis Smart Lock.

It supports a large number of different smart devices via IFTTT, is very simple to install, and operates silently. It isn’t nearly as frictionless as our Editor’s Choice winner, the Ultraloq U-Bolt Pro Wi-Fi, though, because a hub is needed (which is included), and a wireless keyboard with fingerprint scanning costs extra.

Prior to recently, there weren’t many options available for buying excellent smart home devices. However, a number of amazing new businesses have gained notoriety during the past few years. Bosma is one of those businesses. Its product offering once included intelligent doorbells, intrusion sensors, and lights. The Aegis—named after Zeus’ fabled shield—the company’s newest interior-only smart door lock—aims to give tenants and homeowners alike the convenience of a smart lock.

But can this new technology hold its own against formidable rivals like August and Wyze? In this thorough Bosma Aegis smart lock review, we address that query as well as a few others.

Overall, we truly appreciate the Bosma Aegis smart lock. The product is excellent and reasonably priced. While Aegis may not be suitable for everyone, we are certain that the majority of smart homeowners will be pleased with its outstanding performance and premium quality. The best way to sum up Bosma Aegis is to say that it is an improvement over your present door lock. You can keep your keys with the Bosma Aegis, which sets it apart from other security systems. It accomplishes this by merely changing the inner part of your existing lock. The Wyze Lock and August Smart Lock, two of Aegis’ main rivals, are comparable to this configuration.

The Bosma Aegis has an uncanny resemblance in design to the August Smart Lock. It employs a comparable mounting plate, a comparable rotational design, a coordinating set of plastic inserts for the deadbolt’s cam bar, and even comparable packaging. Nevertheless, this isn’t always a terrible thing. From the standpoint of the customer, a wider variety of the same products frequently enhances both quality and choice.

The built-in door-detecting feature of Bosma Aegis can also notify you if your door has been left open. Without the help of extra sensors or magnets that stick on, Bosma Aegis accomplishes this. AES 128-bit encryption is used by Aegis to transfer all data in a secure manner. With this additional layer of security, data sniffers who would try to commit a crime are prevented from possibly accessing data.

Both Google Home and Amazon Alexa are supported by Bosma Aegis. Therefore, it is a possibility if you want to use your voice to operate your smart lock. The Bosma Aegis is now available on the Bosma website for $119 when purchased separately and $249 when combined with the Bosma Sentry video doorbell.

Who Is the Bosma Aegis For?

Both homeowners and renters will love the Bosma Aegis because it doesn’t require permanently changing the door lock. The gadget is especially excellent for households with a mix of tech-savvy and non-technical residents.

Family members have the option to use a normal key to open the Aegis lock, for instance, if they wish. Smart home users can decide to completely do away with the keys if they would rather have the adaptability of an app.

Bosma also makes the Sentry Video Doorbell, which recognizes fingerprints to control the smart lock without the need for a phone, if you’d prefer to employ biometrics with the Aegis. The doorbell appears to work well, but we were unable to test it.

The Aegis does not, however, currently support Apple HomeKit, if that is what you’re looking for in a smart lock. Aegis can only now be used with Google Home and Amazon Alexa, though that may change in a later version.

What’s in the Package?

The lock itself, the Bosma Gateway, four AA batteries, a set of three adapters, a roll of painter’s tape, and an instruction manual are all contained inside the Bosma Aegis’ premium package. I don’t typically remark on how anything is presented, but I think it’s important to point out how beautiful Aegis’ packaging is. It just seems like a sophisticated product to me.

It’s simple to install the Aegis smart lock. In less than ten minutes, I had this lock installed and set up. The deadbolt’s front portion needs to have a piece of painter’s tape applied over it, the supporting screws from the back need to be taken out, and the mounting bracket needs to be put in place. Pick the adapter that works best with the cam bar, then slide the lock piece on and the wings to secure it.

For those who aren’t particularly handy, the installation is surprisingly easy. The only issue I ran across when putting the lock together was that I initially didn’t understand the battery compartment’s lid was magnetic.

At first, I believed that the tabs inside the lock’s body were what held the cover to the assembly, so I made an effort to press-fit the cover together. I struggled for a while before rotating the lid, which caused it to magnetically snap into place. Despite the fact that this wasn’t a big problem, I believe Bosma should include a warning about magnetic cover attachment in its unit instructions.

The Aegis must be connected to the supplied Gateway device after installation. A power outlet must be used, a button must be held down until the Gateway’s light begins to flicker, and then the lock must be activated. Another simple situation.

In order to calibrate the lock, Bosma also provides an app. Bosma has gone to great lengths to make sure that this calibration process is error-free and that this application guides the user through it. The installation of this lock should be simple for anyone to complete.

I tested the smart lock for a week after installing the Aegis to see how it operated in both ideal and less-than-perfect circumstances. I began by testing the lock and unlock features of the app from various locations across my home. The lock always worked flawlessly as long as the wifi network was active. To test if I could confuse it and make it jam, I even attempted quickly locking and unlocking the Aegis. Even after about a half-hour of nonstop locking and unlocking, I was unable to make this work.

The next thing I did was to try to see what would happen if I “broke into” my house while the Aegis was in effect. Its “door-breaking” detection is a major component of Aegis. When a door is forced open, this detection lets the homeowner know. To avoid the neighbors thinking I was nuts, I put the Aegis on my back door. I then kicked the door a few times in an attempt to open it.

When the Aegis detected the collision, a siren was heard from within the door and I got a notification on my phone. Bosma says that its siren is 80 dB, yet a close-up test of the alarm revealed a sound between 68 and 76 dB. The brief Aegis siren was loud enough to be heard on the other side of the closed door, albeit it only lasted a few seconds.

Even though this noise might be adequate to scare off potential criminals, I believe the more important component is the notification I got. I could have simply called the police if I had been out running errands when I saw this notification. This is a fantastic feature, and I like the extra security provided by Aegis without the need to acquire any more hardware.

Next, I was interested in how Bosma’s product fared in a scenario that occurs frequently in New England: door swell. Doors that swell frequently don’t close all the way, which is a concern. The deadbolt and the strike plate on the door frame will instead make a little amount of contact. I repeatedly pushed and pulled on my back door to simulate this situation until the deadbolt became stuck just past the strike plate.

The Aegis motor activated as I had anticipated, somewhat extended the lock, then stuck when it was unable to fast advance past the strike plate. I pushed against the door to make the deadbolt clear the strike plate, manually locked the door, and then tried to unlock it to correct the situation. The Aegis became a little agitated at this point, but as soon as the strike plate was free, the lock fell into position.

Even though this test wasn’t the most rigorous, it deserves to be mentioned. This smart lock may not be the best option for your home if your doors are prone to swelling. On the other hand, Aegis works brilliantly if your front door doesn’t stick and has lots of clearance.

I also wanted to test this lock’s compatibility with Amazon Alexa. You must install the Bosma skill in the Alexa app in order to achieve it. I could lock and unlock the Aegis by asking Alexa to do so after configuring the skill and setting a passcode. Passcode integration further assures that no one from outside your house can enter by using your smart assistant.

Pros About the Aegis?

The Aegis, in my opinion, has a lot of positive aspects, but its main selling point is that it can be used for a variety of tasks. The Aegis smart lock is ideal if you rent a home and don’t want other people to know that you have one. Additionally, since it is detachable, moving requires no effort to replace it. Its functionality will not be compromised if you move from one home to another.

Another useful feature for controlling this lock remotely is the integrated Gateway. As a result, you may easily grant access to friends or family while you’re gone with just a few taps on your device.

Aegis is undoubtedly one of the simplest smart home solutions I’ve ever set up, and it’s also one of the most effective. I wish other products I’ve bought over the years were as easy to set up and use as this one. You can quickly add Aegis to your house if you know how to use a screwdriver.

Cons About the Aegis?

The only minor issues I have with this smart lock are a couple of them. The lock’s position when closed is the first consideration. The Aegis’ exterior has a Bosma logo on its hexagonal shell. When erected, the logo in a perfect world would be perpendicular to the ground. The unit twists a little bit past the parallel mark when the deadbolt extends, though, which I believe is caused by some play in the lock shell. 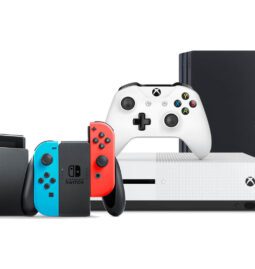 Read More
What are game consoles? They are electronic devices that produce an image to show a video that can be controlled through a game controller. Game consoles are a devoted form of home computer which is often traded on … Read More
Google Chrome for desktop allows add-ons that enhance both productivity and the web browsing experience. Unfortunately, Android users of Google Chrome are not treated equally. This is due to Google’s mobile browser not having a means to add … Read More
Automated housework devices are a necessary component of existence whether you love them or hate them and we think we know which of those it is. We all try to keep our homes as tidy and clean as …