American actor Brenda Strong is most known for playing “Mary Alice Young,” the show’s narrator, in “Desperate Housewives.” Her breakout performance is an interesting voiceover, as the character tells the tale after her “death.” Brenda received “Screen Actors Guild Awards” and “Emmy” nominations for the vocal part (shared).

She has a charming career as an actor that comprises a variety of films and TV projects.  She graduated from “Arizona State University” with a degree in musical theater. Brenda has had a number of important film appearances, but she is better known for her work on television, where she has had a variety of parts in shows like “Seinfeld” (1989), “Party of Five” (1994), “Sports Night” (1998), “Dallas” (2012), and its spin-off.

She has provided narration for a few further projects. Brenda has produced and directed movies in addition to being highly involved in the theater scene. Brenda has a reputation outside of the entertainment world as well. She promotes yoga for fertility and is a trained yoga teacher.

Numerous health publications, including “Alternative Medicine Magazine,” “Origin,” “Conceive,” and “Shape Fit Pregnancy,” have featured Brenda. Brenda has constantly worked for more than 20 years to support couples as they embark on motherhood, and numerous health and wellness groups have rightly acknowledged her efforts.

Strong, who graduated from Sandy Union High School in 1978, was born in Portland, Oregon, the daughter of Jean (née Weatherford) and Jack Strong. She grew up in Brightwood. Later, she relocated to Arizona to pursue her education, attending Arizona State University where she earned a Bachelor of Music in musical theater. In 1980, Strong received the Miss Arizona title.

In the 1984 Billy Crystal song “You Look Marvelous” music video, Brenda made her professional debut. The next year, she appeared on television for the first time in a few episodes of “St. Elsewhere,” “MacGyver,” and “Cheers.”

Soon later, Brenda appeared in the 1986 independent film “Weekend Warriors” as “Danielle,” making her acting debut. But her first notable performance was as “Captain Deladier” in the satirical military science-fiction/action movie “Starship Troopers” in 1997.

She appeared in “Starship Troopers 2: Hero of the Federation” in 2004, although this time as “Sergeant Dede Rake,” as “Captain Deladier” from the first series had passed away. Brenda made an appearance as “Desiree” in the 1987 television film “Kenny Rogers as The Gambler, Part III: The Legend Continues” and as “Jones” in four episodes of the ABC drama series “Twin Peaks.”

Brenda had the lead role in the CBS sitcom “Scorch” in 1992. She was chosen to portray ‘Allison King,’ one of the main characters, in six episodes. Unfortunately, the show only broadcast three episodes before it was canceled. Later, she played “Lauren Sutliffe” in the television film “Stepfather III.”

The 1994 science fiction TV film “Island City” starred Brenda as the title character, “Dr. Sammy Helding.” In the second season of the “Fox” teen and family drama “Party of Five,” Brenda played wealthy TV producer “Kathleen Isley,” who was portrayed as manipulating her boyfriend (Matthew Fox as “Charlie Salinger”) in 1996.

Brenda appeared as Sue Ellen Mischke in the eighth season of the NBC sitcom “Seinfeld” that year (regular). She appeared in seven episodes of the “ABC” drama “Sports Night” as “Sally Sasser,” a TV producer of a made-up news program (1998–2000). Her subsequent eight-episode recurring part was as “Mrs. Carmen Mackoul” in “The WB” drama “7th Heaven” (2000–2002).

In the 2000 anthology dark comedy/horror film “Terror Tract,” a chapter titled “Come to Granny” featured Brenda as “Dr. Helen Corey.” She starred as “Susan Andrews” in the independent comedy “Exposed” in 2003.

Brenda’s first appearance as a departed wife was in the brief recurring character of “Julia Brown” in “The WB” drama “Everwood” (2002-2005). She also played ‘Marsha Palmer’ in the ‘ABC’ legal drama ‘The Court’ (2002) and ‘Iris’ in the ‘FX’ medical drama ‘Nip/Tuck’ in two additional brief recurring appearances (2003).

Brenda’s acting talent was shown in powerful roles such as ‘Mary Ann Steed’ in the historical drama film ‘The Work and the Glory’ (2004), ‘Paula’ the therapist in the drama ‘You’ (2009), ‘Ellen Behr’ the teaching staff in the independent comedy ‘Teacher of the Year‘ (2014), and ‘Charlotte’ the wealthy matriarch in the comedy ‘The Leisure Class’ (2015).

Brenda played the deceased “Mary Alice Young,” narrating from the afterlife, in all but two of the episodes of the “ABC” mystery comedy-drama “Desperate Housewives” from 2004 to 2012. This was Brenda’s breakout role. She received two “Emmy Award” nominations in 2011 and 2012 for her performance. In 2005 and 2006, she also shared two “Screen Actors Guild Awards.”

Brenda returned to her character in the third installment of “The Work and the Glory” in 2006, and she also appeared as “Arlene Ridgeway” in four episodes of the ephemeral ABC comedy series “Help Me Help You.” Brenda was cast in the role of “Ann Ewing,” the third wife of “Bobby Ewing” (played by Patrick Duffy), in the “TNT” primetime soap opera “Dallas,” which was a spinoff of the “CBS” drama of the same name.

Brenda had, however, already made a cameo appearance in the original season in 1987 as Cliff’s one-night stand partner. Brenda began her work as a narrator in the “Investigation Discovery” documentary series “Blood Relatives” while filming for “Dallas.” She has kept up the documentary series to this point.

Brenda joined the cast of “The 100,” a post-apocalyptic thriller on “The CW,” in 2015 as “Nia, Queen of the Ice Nation.” She made the transition to production that year with the festival-winning short “I Did Not Forget You.”

She played “Ilene Stowe” in the second season of the “AMC” post-apocalyptic horror film “Fear the Walking Dead” in 2016. Later on, she started portraying Lillian Luthor, the head of “Project Cadmus” and the secondary antagonist in “Supergirl,” a superhero drama on “The CW.”

A guest appearance by Brenda as “Nora Walker” in the second season of the Netflix series “13 Reasons Why” took place in 2018. The following season gave her character the status of regular. A life-size cardboard cutout and an army wife are the subjects of Brenda’s debut film, “#3 Normandy Lane,” which she unveiled as her first endeavor as a director in 2019. The film is funny and uplifting.

She played “Ilene Stowe” in the second season of the “AMC” post-apocalyptic horror film “Fear the Walking Dead” in 2016. Later on, she started portraying Lillian Luthor, the head of “Project Cadmus” and the secondary antagonist in “Supergirl,” a superhero drama on “The CW.”

Brenda is a fertility specialist and a qualified yoga instructor. She had previously taught at the University of California, Los Angeles’ Mind/Body Institute (UCLA). She is the creator of the program “Strong Yoga 4Women.” Additionally, Brenda designed the online course “Soulful Conceptions” and the educational session “The Four Fields of Fertility.”

Brenda was named the American Fertility Association’s national spokeswoman in 2005. In 2018, she was named a spokesperson for Path2Parenthood, the leading patient advocacy organization for prospective LGBTQ parents. Together with the pharmaceutical business “Pfizer,” Brenda has started a women’s health campaign.

Read more on: Leslie Bibb: What To Know About The Actress And Her Husband, Sam Rockwell

Strong, a fertility specialist and certified yoga instructor, has taught at UCLA’s Mind/Body Institute. In July 1989, Strong wed Tom Henri; the couple had a son named Zakery Henri. On January 14, 2011, she submitted her divorce petition. She wed actor-director John Farmanesh-Bocca in May 2015.

For her feature film debut in 2019, the actor was honored with the Best First-Time Filmmaker Award at the GI Film Festival San Diego. Normandy Road.

Read more on: Teri Polo: About Her Biography And Her Ex-Husband, Jamie Wollam

Brenda Strong’s main source of income is as an actress and yoga instructor. Her estimated net worth is $12 million USD. 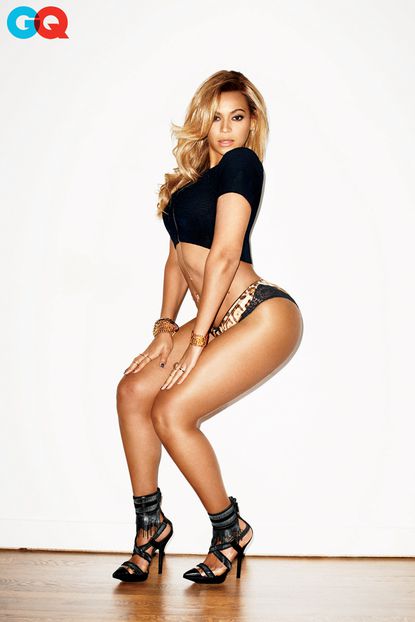 Read More
Aside from their music, some female artists have proven to portray their prowess with their stunning looks. In the music industry today, all the hot female singers are stealing the attention of the majority. However, there are a …