Bresha Webb is an American actor best known for her appearances in comedic movies and television shows. In the comedy-drama “Love That Girl!” on “TV One,” in which she starred as “Imunique Jefferson,” Webb, a graduate of the “California Institute of the Arts,” first gained notoriety as a TV actor. In the television shows “Marlon” and “Truth Be Told,” respectively, she has received praise for her recurring roles as “Yvette” and “Angie.”

Webb was born to Garfield and Shea Webb in Baltimore, Maryland. She graduated from Baltimore School for the Arts in 2002. She claims that her parents have been a solid source of support for her and that comedians and actors like Will Smith and Angela Bassett have encouraged her to pursue a career in comedy and acting. She follows Christ with fervor. She has said that she firmly believes in praying and keeping God first in her life. She earned a BFA in acting from the California Institute of the Arts in 2007.

With one-episode roles in “State of Mind” as “Lola,” “K-Ville” as “Shania Duplessis,” and “Lincoln Heights” as “Eva,” Webb launched her acting career in 2007. She made a fleeting cameo in the short movie “Zombie Love.”

She appeared in the TV One sitcom “Love That Girl!” in 2010 as “Immunique Jefferson,” a worker at “Del-Jones Realty.” After three seasons, the recurrent role became a regular after Tatyana Ali, the previous protagonist, was unable to return for the subsequent seasons.

In 2013, Webb took part in a special “Saturday Night Live” showcase for female comics of African-American heritage.
She then had one-off cameos such as “Tiny” in “In the Flow with Affion Crockett,” “Private Practice” (as “Melanie White”), and “Weeds” (as “Charlemagne”). The medical program Grey’s Anatomy on ABC cast Webb to play “Teresa Morris” in six episodes.

She played “Lorraine” in the unaired “ABC” TV comedy pilot “Keep It Together” from 2014. Kevin Hart was the producer of it. She made a brief but significant appearance as a comatose “Julie Mercade” in the 2014 independent horror film “Hollows Grove” after acting as “Mother Bernice Watson” in the short film “Heckle or Hell” and having an uncredited role in the drama movie “Return to Zero.”

The short-lived NBC sitcom “Truth Be Told” featured Webb in the role of “Dr. Angie” the following year. She was cast in the 2016 American horror-comedy “Meet the Blacks” as “Allie” (with Mike Epps). In the comedic movie Ride Along 2, Webb played the role of “Shayla” in 2016.

She portrayed “Yvette,” a God-fearing woman with a complicated history, in the “NBC” sitcom “Marlon” from 2017 to 2018. Two seasons of the show were cut short. In Tyler Perry’s 2018 psychological thriller movie “Acrimony,” Webb played the younger version of Ptosha Storey’s character “Brenda” the following year.

In the 2018 comedy Night School, Webb co-starred alongside Kevin Hart (who played “Teddy,” appearing as his on-screen sister, “Denise Walker”). She starred as “Marie Daniels” opposite Marlon Wayans (as “Alan Daniels”) in the comedy “Sextuplets” in 2019. In the television film “Merry Liddle Christmas,” Webb portrayed “Kiara,” and in four episodes of the “TBS” sitcom “The Last O.G.,” she portrayed “Faith.”

In Perry’s thriller movie “A Fall from Grace,” Webb played the public defense “Jasmine Bryant” opposite Matthew Law, who played her on-screen husband, police officer “Jordan.” Crystal R. Fox played the lead role in the movie. In the comedy series “Run the World” on “Starz,” she was given the role of “Renee,” a series regular. Additionally, Webb provided the voice of “Billie” for the video games “Wolfenstein II: The New Colossus” in 2017 and “Infamous 2” in 2011. 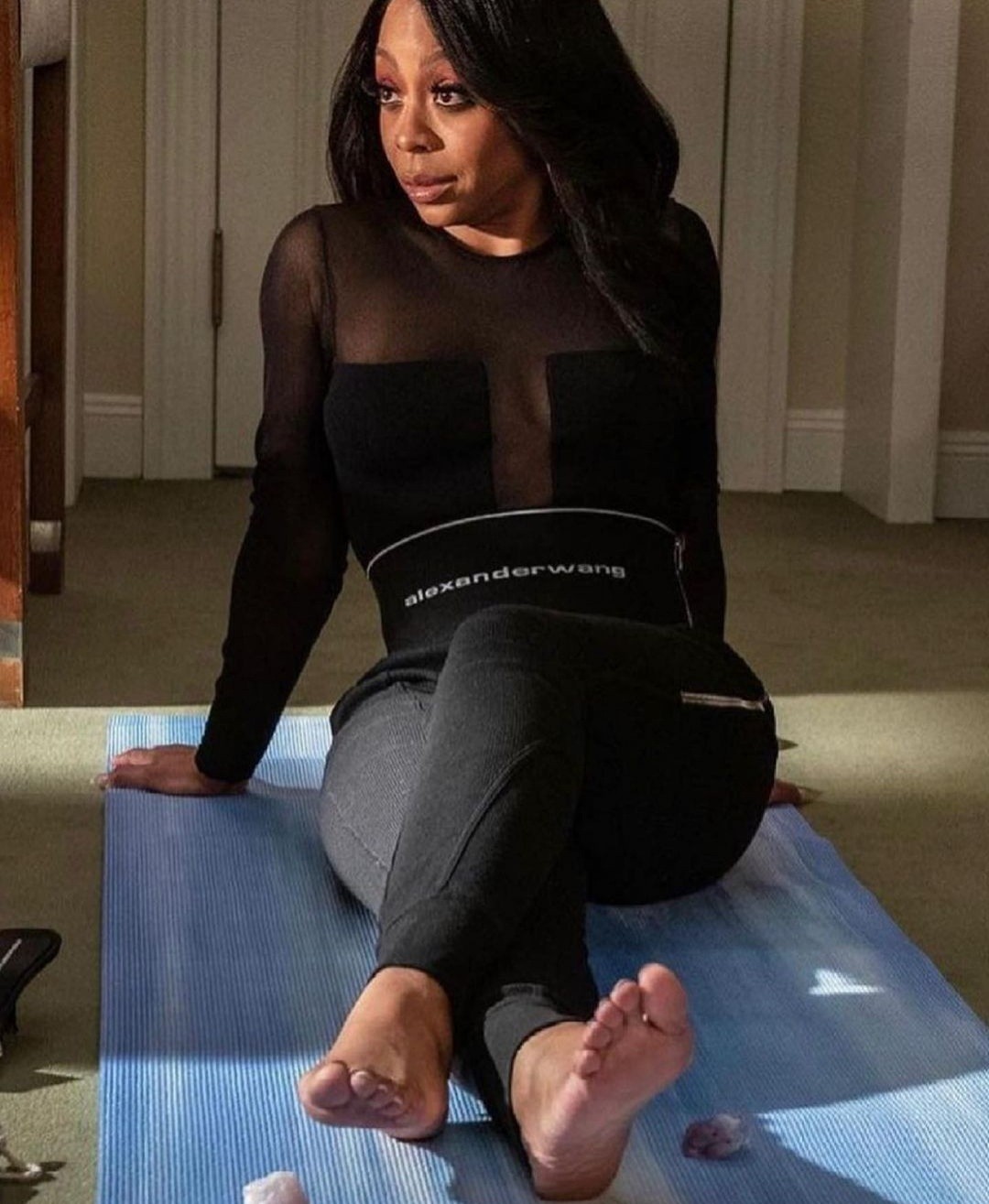 Read more on: Lela Rochon: Fascinating Facts About Her

Bresha Webb’s real-world personal life is improving, despite the fact that her on-screen character in the Starz hit Run the World is going through a divorce. The hilarious actress, best known for her work in The Last OG, Meet the Blacks, and Merry Liddle Christmas, announced her engagement to TV writer Nick Jones, Jr. over the holiday weekend of July 4.

Webb said to Charli Penn, a journalist with Essence, “We were both searching for the same thing. Real love and genuine connection. We had the same morals and beliefs and understood each other’s needs for one another. I’m still learning and growing. Love happened very quickly. By the time I came out of Canadian quarantine, I was in a whole relationship. I was floating. We dated on FaceTime the entire time I was in Canada and when we finally met in person it was OVA! We were together-together!”

Loni Love, the co-host of The Real, set up the couple, while Meagan Good and Kelly Rowland each played a part in the blossoming romance. Jones and Loni met while working on a TV project together, and Love claimed that when he expressed the wish to find someone special, she immediately thought of Webb.

Love told Essence, “I asked Nick about Bresha and he was smitten,” “The one question I asked Nick was: Are you serious? Meaning what was he looking for in a relationship. He told me he wanted to marry, so when I hit up Bresha I didn’t say all that I just asked her if she would want to meet him and to check out his IG: I told Nick to add a few more pics of himself looking finnnnee. The rest is their love story.”

During a podcast interview, Good advised Webb to be purposeful in her quest for a partner. The actress, who is married to businessman Devon Franklin, said she made sure to “journal, pray, and focus on my own healing and manifest the husband I wanted” throughout her quest because “if God don’t do it, it won’t get done,” she said.

When Webb accomplished this, she was rewarded with a fiancé who proposed to her at Wally’s Restaurant in Beverly Hills while Love was present. Webb’s best friend Whitney surreptitiously sent Rowland Webb’s Pinterest board, which Rowland used to help Jones locate the ring. Rowland is Webb’s close friend. 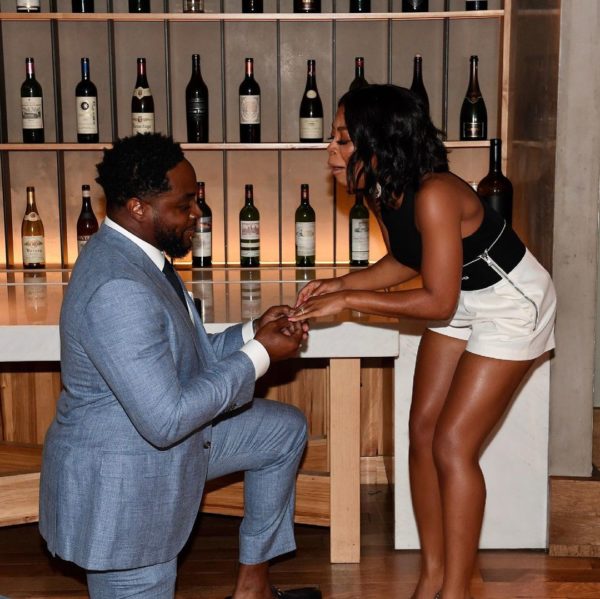 Read more on: Kelly Clarkson: Amazing Facts About This Songwriter Read More
Charlie Puth Net Worth Charlie Puth net worth is estimated to be $25 million as an American singer, songwriter, and producer. Puth became well-known thanks to his YouTube music sharing. Among the well-known musicians that Charlie has collaborated …