Bruce Buffer, also known as the “Veteran Voice of the Octagon,” is an American professional mixed martial arts ring announcer and the official Octagon announcer for UFC events. He was born on May 21, 1957. “It’s time!” is Buffer’s catchphrase, which he proclaims before the UFC main event. He is the President and CEO of their company, The Buffer Partnership, and is the half-brother of boxing and professional wrestling ring announcer Michael Buffer. Buffer is a Tang Soo Do black belt who has also battled as a kickboxer.

Bruce Anthony Buffer was born in Tulsa, Oklahoma. While his family was living in Philadelphia, he began studying martial arts as a teenager. He finally got a judo green belt and a Tang Soo Do black belt. When Buffer was 15, he and his family relocated to Malibu. He continued his martial arts training in California and even got acquainted with Chuck Norris. Tang Soo Do was presented to him by Chuck. Buffer also practiced kickboxing for a few years before his doctors advised him he’d had too many concussions.

Bruce is labeled as the “Veteran Voice of the Octagon” during UFC events. He’s also recognized for his signature motions and catchphrases. “Ladies and gentlemen, we…are…live!” he says at the start of each event. Before introducing the final two fighters, Buffer declares, “This is the main event of the evening,” followed by, “This is the moment you’ve all been waiting for,” and then, “It’s time!” He also uses his unique move, the “Buffer 180,” in which he moves across the Octagon and then swiftly spins 180 degrees to indicate the new corner.

Buffer works as an announcer for a variety of events in addition to the UFC, including foreign MMA and K-1 events, the HBO boxing event Joel Casamayor vs. Michael Katsidis in 2008, and the biannual Abu Dhabi Combat Club (ADCC) submission wrestling competition. He’s also the official announcer for the World Series of Beer Pong, and his voice can be heard in the computer game Smite and DJs Steve Aoki and Laidback Luke’s UFC-inspired song “Its Time.”

Buffer is a strong poker player who has competed in the World Series of Poker Main Event on ESPN and has also been on an episode of the TV show Poker After Dark. At the final table of the 2010 World Series of Poker, he said, “Shuffle up and deal!” and the Luxor Las Vegas poker room was named after him. Buffer has also been in episodes of “Friends” and “Entourage,” as well as films such as “Here Comes the Boom” (2012), “Hot Tub Time Machine 2” (2015), and “Holmes & Watson“(2018).

Michael Buffer, a well-known boxing announcer, is Buffer’s half-brother. In 1989, their father, Joe Buffer, introduced them. They own a company called “The Buffer Partnership” together. Michael’s now-famous catchphrase “Let’s get ready to rumble!” was coined by Bruce. Michael would gain hundreds of millions of dollars from the term as a result of licensing deals and appearance fees.

Bruce and Michael’s grandfather, Johnny Buff, was a well-known fighter. Buffer previously married Annie Buffer, but the two divorced in 2015. Dougie Buffer is the couple’s son.

Bruce Buffer has a net worth of $10 million as a UFC announcer in the United States. As the main Octagon ring announcer for the Ultimate Fighting Championship, he has amassed a substantial net worth (UFC).

Who Is Michael Buffer?

Michael Buffer (born November 2, 1944) is an American ring announcer who has worked in boxing, professional wrestling, and NFL games. “Let’s get ready to rumble!” he says in his trademarked catchphrase.

Michael Buffer was born on November 2, 1944, in Philadelphia, Pennsylvania. Lancaster, Pennsylvania is where he grew up. At the time of his birth, his father was serving in the United States Navy during World War II. Buffer was raised by a set of foster parents, a school bus driver, and his wife after his parents divorced when he was just 11 months old. Buffer served in the United States Army from the ages of 20 to 23 during the Vietnam War. Following his military duty, he worked as a car salesperson, a model, and an actor.

In 1982, he began his career as a ring announcer, and by 1983, he was announcing all of ESPN’s boxing matches. It has garnered him fame and wealth, particularly after Michael shrewdly trademarked his iconic catchphrase, the aforementioned “Let’s Get Ready to Rumble!” in 1984. In 1992, he obtained a federal trademark for the term after a protracted process. In the mid-’80s, he began the process of obtaining it. In the late 1980s, Buffer was the sole ring announcer for boxing matches performed in Donald Trump’s casinos.

Many boxing legends, including Sugar Ray Leonard, have praised Buffer’s announcing skills. “When you introduce a fighter, it makes him want to fight,” Leonard once told Buffer. During his career, Buffer has made a total of $400 million from trademark licensing alone. Buffer struck a deal with DAZN to be the network’s sole ring announcer for all boxing programs. In 2007, at Madison Square Garden in a boxing battle between Evander Holyfield and Matt Hardy, Buffer memorably proclaimed on Saturday Night’s Main Event XXXV. He was the announcer for a YouTube boxing battle between Logan Paul and KSI on August 25, 2018.

Buffer served as the sole ring commentator for World Championship Wrestling (WCW) main events starring Hulk Hogan and other megastars until 2001. Buffer continues to function as the lead commentator for Time Warner’s pay-per-view matches, even though the WCW has disbanded. Several matches from promoter Top Rank are shown on HBO. He was previously barred from announcing for the UFC due to his exclusive deal, but after WCW disbanded, he was permitted to announce for other wrestling promotions.

Buffer has announced for the occasional MLB World Series, Stanley Cup Finals, NBA Finals, Volunteer 500 at Bristol Motor Speedway, and NFL playoff games in addition to wrestling and boxing. On July 19, 2008, Buffer was announced for the Affliction: Banned mixed martial arts show. Later that year, he announced a match between players Peter Eastgate and Ivan Demidov at the 2008 World Series of Poker final. “Let’s get ready to shuffle up and deal,” he changed his slogan too. In 2017, he served as a guest announcer during the 2017 US Grand Prix.

Buffer has appeared as a guest on David Letterman, Jay Leno, Arsenio Hall, Conan O’Brien, and Jimmy Kimmel’s talk shows. He has also been on Saturday Night Live, In Living Color, Mad TV, and the Howard Stern Show as a guest star.

Buffer has acted in several films and television shows, including Creed (as himself), Grudge Match, America’s Next Top Model, The Bold and the Beautiful, 2012, You Don’t Mess with the Zohan, Rocky Balboa (as himself), Dickie Roberts: Former Child Star, Ready to Rumble, The Simpsons, Rocky V, and others. On NBC’s Deal or No Deal in 2007, he appeared in an episode. “Let’s get ready for Dumbo!” says Buffer in the 2019 version of Dumbo.

Michael’s long-lost half-brother, UFC announcer Bruce Buffer, advised filing a trademark application. After hearing how NBA coach Pat Riley made a tiny fortune by trademarking the term “three-peat,” Bruce came up with the concept. Because Michael owns the trademark, anyone who wants to use the phrase must pay him. Michael has licensed the phrase for usage in songs, video games, movies, TV series, and a variety of goods since 1992.

The video game “Ready to Rumble” was one of the most well-known licensing arrangements. Midway reportedly paid Buffer $100 million to license his term in perpetuity after the game was a tremendous success. Not bad for a former actor who now works as a boxing commentator.

Buffer married when he was 21 years old, but they divorced seven years later. Michael and Matthew, the couple’s two kids, are the result of their union. He did not remarry until 1999, and his second marriage ended in divorce in 2003. Buffer proposed to Christine, his third wife, while he was appearing on the Tonight Show with Jay Leno. They’re still together. Christine and Michael Buffer live in the Los Angeles area. 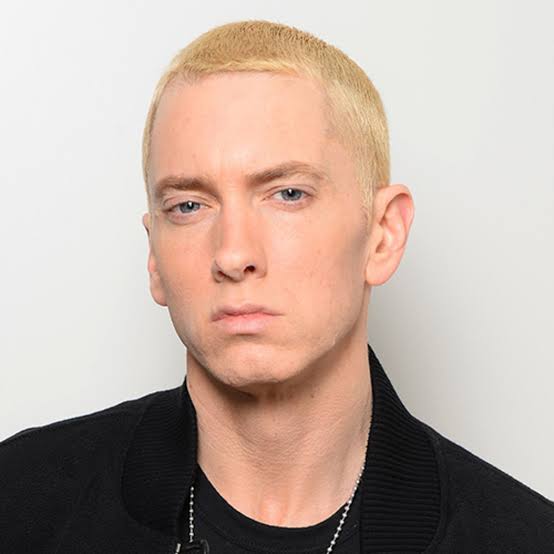 Read More
Randy Chrisley is best known for being the younger brother of Todd Chrisley, a real estate mogul, and emerging fashion sensation. After starring in the smash reality TV show Chrisley Knows Best, the businessman became quite well-known. Todd’s …