Burst fade haircuts are identified by the hair having a tapered, frequently rounded, semi-circular appearance, around the ear and the back of the head. The hairline border is the center of attention, and the hair on the neck is left longer. It is highly adaptable and works well with a range of hair lengths, textures, and styles. Straight, wavy, or curly hair may all look great with a burst fade.

You can wear it with a side part or a Caesar cut for a more formal look, or go for a mohawk for a more daring look. To learn everything there is to know about this amazing fade, keep reading. There is something to fit every preference. For a man who wants a look with volume but yet looks sleek and structured, a burst fade and pompadour are a terrific alternative. Despite being introduced in the 1950s, the pompadour hairdo is still a favorite today. It has a voluminous top and is a timeless, modern appearance for men; nevertheless, adding a fade is a wise move if you want to give your cut an even more modern feel. The burst fade lends itself well to the pompadour because it is not overly dramatic and makes it easy to wear while also giving the appearance of a bigger top with more height. The burst fade has a lot of versatility, and combining it with a Caesar cut is a great way to get a timeless, attractive haircut. The Caesar cut has endured the test of time and is still a mainstay among men’s hairstyles. Traditionally, it would have uniform length throughout, but when worn with the burst fade, it looks modern and fresh. A stylish appearance is created by gradually shortening the sides from the top of the head downward. Regardless of the length or texture of your hair, the burst fade is a highly adaptable and fashionable alternative. Try out this look if you want to give your afro hairdo a contemporary twist. A fade can assist create a fascinating contrast and balance because afros are textured and full-bodied. Men who desire a tidy hairstyle with an edge will appreciate the sleek finish that results. Short mohawks or faux hawk haircuts offer a welcome alternative to the long mohawk, which is a look that demands a lot of courage to pull off. This option is considerably less striking than the original and much easier to wear. It produces a more natural and chic appearance when matched with a burst fade that integrates the hair smoothly and generates fascinating proportions.

Additionally, it is much more adaptable and works well in a variety of scenarios. This includes formal ones because they are less demanding and more doable. A messy fringe has an amazing appeal and a ruggedly gorgeous look. The way your hair falls on your face has a sexiness about it that makes people want to run their fingers through it. Although the unkempt appearance may give the impression that you have just gotten out of bed, the appeal of this relaxed style is that it is very wearable and versatile. A burst fade can help you modernize your classic messy haircut by giving it a cleaner, more defined appearance. One of the most well-liked ways to wear a burst fade is to combine it with a lengthy mohawk. The mohawk is a striking cut that stands out; it has punk culture roots, but the addition of the fade gives it a contemporary twist. Around the ear and the back of the skull, the burst fade slopes downward.

The mohawk looks even more dramatic on people with curly or wavy hair and makes for an intriguing contrast when worn with a fade. It results in a bold look that is easier to wear than the conventional method of creating mohawks while still looking sharp and edgy.

7. Burst Fade with Line Up What could be hotter than mixing a line-up with a burst fade? The line-up haircut commands interest and draws focus to the shape it produces. Around the hairline, this can be accomplished using angles or straight lines. The line-up has the advantage of being adaptable and pairing well with fades, which makes them stand out even more. Getting a haircut that best reflects your sense of fashion and personality works with your barber.

Read More: Nose Piercing: The Best Guide You Should Know The hair is tapered around the ear and the back of the head, giving the illusion of a semi-circular shape, and this is what defines a burst fade. This is the ideal choice for someone who wants to customize their hair, and it can blend in well with the fade for an edgy yet contemporary look.

There are so many various alternatives for hair designs, which are a great way to showcase your personality and sense of style. You have a choice between a lightning bolt, zigzag pattern, geometric pattern, or a less obvious line.

There is no doubt that this is a style that will draw attention to you and leave a lasting impression. Consider your goals and the sector you operate in before making a decision. The burst fade’s ability to be done with hair of any length and texture, even wavy hair, is one of its best features. It benefits this hair type in particular since it offers a little contrast. The combination of fades and waves can assist to emphasize your natural wave while also enhancing the neatness and shine of your hair. This facilitates styling and can be really attractive.

10. Burst Fade with Side Part A side part and burst fade are the best hairstyles for men who wish to look dapper. It is a terrific hairstyle for a man because it is adaptable and classic, but the fade gives it a bit more contemporary flair. A side part is a great option for a polished and everyday look and can be performed on a variety of hair lengths and textures. The burst fade can simultaneously add dimension and edginess, giving the top of your hair a fuller appearance. Both bearded and non-bearded men may pull off the comb over burst fade hairdo. The way you style this hairstyle gives it its name. You control your Mohawk with your comb once the sides have faded. The hair is often combed on the side and in the same direction.

You have the option of choosing a burst fade with no hair left on or one that does. Whatever makes you feel at ease will give you a new appearance. It is one of the most crazily attractive appearances you can choose from in 2020. You must grow out your top hair longer to obtain the ponytail man bun.

Your head is the focal point of the burst fade, which is typically maintained high. To offer you a daringly elegant look, the edges are sharply finished.

With this style, your thick hair will never let you down. You can easily style your hair and sport the appearance you desire with your natural hair when you have a burst taper fade haircut.

You do not need to expose your flesh to wear this haircut. Its explosion leaves some hair behind since keeping your hair straight is crucial. To give your style a sharp definition, you might need to trim those hair tips. 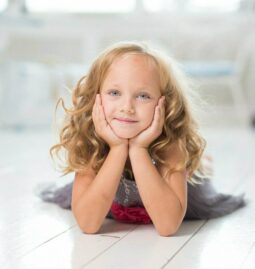 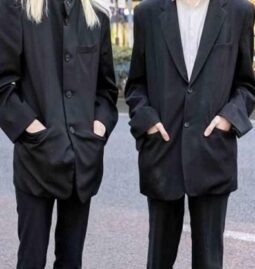 Read More
Becoming a model is one of the known ways of being famous and popular. A good look and an incredible body physique are some of the requirements for having a successful career as a model. Nevertheless, having a … 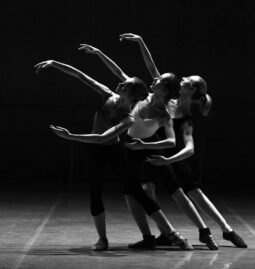