The probability of not liking Dustin Milligan is closer to zero than a whole number. Yes, we said it. The only reason you may feel dislike towards him is probably because you haven’t watched him acting. Milligan has imbued himself as a fan favourite over the years.

And you know what, it is the choice of characters that he plays. It is almost as if he is picky about the roles because he knows he will ‘kill’ them! And boy, has he killed those roles! This article intends to cover some facts you probably didn’t know about him.

While he has been outstanding in his roles, Dustin Milligan is widely regarded for Ted Mullens in the hugely successful Schitt’s Creek show. The creator Dan Levy probably thought about a show that could make people laugh. But what it turned out to be is a show that became an instant hit because of the awesomeness of the actors. The actors were able to interpret their roles well and give meaning to the show, which in turn drew in thousands if not millions of fans worldwide.

This article focuses on Ted Mullens, errm, sorry, Dustin Milligan. See, the series is that good!
To know more about a man, you need to know what he does, likes, and detests. We will be looking at little-known facts about Dustin Milligan.

1. Dustin Milligan is A Canadian

Not many people know that Milligan is Canadian. Can we get a “thank you grin?” Great! Milligan was born in an area known as the Yellowknife on July 28, 1985. Yellowknife is located in the Northwest Territories of Canada. It is not a popular place. He grew up having his mother as a councilor in the small town.

Another TV show that has done remarkably well in recent years is 90210. Not many know that Dustin is a cast on 90210. He played the role of Ethan Ward, the boyfriend of Naomi at West Beverly Hills High School. He was the first actor to land his role. If you saw someone that looked like him on that show, well, we just juggled your memory. You are welcome.

Milligan and the creator of Schitt’s Creek, Dan Levy, have always been friends. As a result, they usually hang out together. During one of those hangouts, Levy offered Milligan the role of Ted Mullens, which he generously accepted.

4. Oops! Dustin Milligan Is Not Single

We are sorry to break your hearts; Dustin is taken, ladies! We have seen many people drool about the physical features of Milligan, and we are here to tell you that someone else that is not you has won the heart of our man. Dustin is in a relationship with Amanda Crew, a Canadian actress too. So permit us to break your spirits even more? Not granted, but we will say nonetheless, he and Amanda have been together for over ten years now. Hopefully, their long-term relationship will lead to marriage. But then again, this is Hollywood, where long-term relationships crash just when you thought they were about to reinforce it.

Both Catherine and Eugene are incredibly talented actors, and so, it didn’t come as a surprise when Milligan announced that he loved working with them. Who wouldn’t want to work with the best?

You know when they have to shove paper towels under your armpits to avoid showing wet armpits in a movie set – crazy. But we cannot fault Dustin Milligan for a large amount of sweat his body gives out. He cannot help it. Interestingly, fans had to use Milligan during takes for a scene to avoid him sweating. It must have been tough, but then again, he is just answering nature.

How did we know this? Remember in the scene where Ted rode a motorcycle past Alexis after breaking his heart? Okay, for those who haven’t seen the series: Alexis is Ted’s love interest, but somehow, there was another guy, Mutt, who Alexis chose over Ted. As a result of this, Ted had to leave where Alexis stayed. He then showed up later looking “hot” on a motorcycle. But the movie directors revealed that the person who rode the bike expertly wasn’t Ted. So yeah, that is how we know Milligan cannot ride a motorbike.

8. Milligan is Worth $8 million

With the success of the shows and movies he has played a role in, it is not farfetched to say he has amassed some level of wealth. If he played a memorable character, he should earn extraordinary money, don’t you think?

Dustin Milligan is relatively young, and we believe he still has a lot of roles in his sleeves for us. He also has projects he is working on. 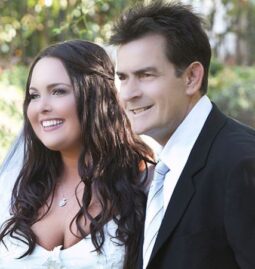 Read More
The oldest child of Two and a Half Men actor Charlie Sheen is Cassandra Jade Estevez. She has spent the majority of her life keeping to herself. It is known, nevertheless, that she made the same decision as … 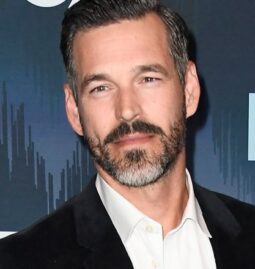 Read More
Eddie Cibrian, also known as Edward Carl Cibrian is an American actor who was born on June 16, 1973. He is most known for his roles as Cole Deschanel in Sunset Beach, Jimmy Doherty in Third Watch, Russell …