For guys, the Edgar haircut is a daring, rebellious hairstyle. Guys with short hair can now have a new, tidy, fashionable haircut thanks to this design. The Edgar cut, which is popular among Latino guys, starts with longer hair on top and a fade or undercut on the sides to give a stylish appearance. The Edgar hairstyle, one of the best short haircuts, exudes attitude and confidence and is ideal for guys seeking contemporary, edgy hair.

Short hair is used on the sides, back, and top of the Edgar haircut for men. The Edgar haircut can be worn with any style of taper fade or undercut. The most common styles feature a mid-to-high skin fade, short, thick hair on top, and a little length in the front.

The fringe in front, which is also known as bangs, is typically combed forward and downward to partially conceal the forehead. For a textured finish and fuller look, guys could apply a matte hair product like pomade, wax, or powder. Edgar haircut is stylish, handsomely rough, and daring, like the European French crop or the classic Caesar cut. The traditional Edgar looks best on straight hair, but a wavy Edgar lets you show off your hair’s natural texture and has a more distinctive and odd appearance. Your barber will still skin fade the sides of your hair, but he’ll leave the top longer to give the appearance of an undercut. Your hair will be swept forward and clipped to form a straight line over your forehead, similar to the traditional Edgar. Try a high fade Edgar for a modest change of pace if you already have a high-and-tight haircut. The sides will be buzzed as normal into a brief, crisp high fade. The top portion will be brushed forward into a tiny Caesar rather than being cropped similarly short. It will add some modernity and freshness to your really short haircut. The classic Edgar cut combines the forward-combed top of the Caesar cut with the high sides fade. You will appear clean-cut with attitude with this haircut thanks to the traditional Edgar’s defined, crisp appearance. Try using clay or pomade to add spiky texture to the top area of your hair to give your Edgar cut an edgy appearance. Keep your hair smooth and product-free in the front, though, to preserve the Edgar cut’s distinctive straight fringe. By combining the short, spiky Edgar haircut with a less blended fade, you may create a strong undercut appearance that will bring more emphasis to your hair. For adolescent boys and young men who wish to give their hairstyle a daring individuality, the high fade Edgar haircut is ideal. Simply allow the top to slightly expand while maintaining your standard high fade on the sides. When your hair is long enough on top, comb it forward to create that recognizable flat forehead line. Choppy hair complements the Edgar haircut effectively to produce a distinctive appearance that is cool and seductive. The straight, precise fringe contrasts with the natural choppiness to give a playful and contrasting style. Have your hair cut in a jagged cut on top while maintaining a perfect straight across in front to achieve this haircut. Then, for a textured, sloppy look, combine the sides with a taper and style with a matte pomade. For a look that will stand out from the crowd, pair your Edgar cut with golden blonde hair. The addition of platinum hair will enhance the Edgar cut’s already-dated appearance. It’s a great time to wear this look because blonde highlights and colored hair have recently become more fashionable with pop stars and in popular culture. Fans of the high-and-tight also have the option of blending it with the Edgar haircut’s angular lines. The high-and-tight Edgar, in contrast to the high fade Edgar, requires extending the straight forehead line around the head to contrast the buzzed sides in a disjointed manner. The end result is a “lidded” appearance that draws the eye up without being overtly noticeable. The Edgar haircut combined with a bald fade is a terrific alternative for guys with extremely short hair. By stretching the forehead ‘line’ around your head, it produces a dramatic “lidded” look similar to the high-and-tight Edgar.

The sides of the Edgar cut are buzzed short rather than integrating into the longer top area, creating an even more pronounced contrast with the bald fade. This design has a sleek yet edgy edge, making it perfect for men whose sense of style leans more toward athleisure or streetwear. If you want a different spin on the haircut, try your Edgar style with a mid-fade. In this form, a clear separation is made by extending the straight line from your forehead to the back of your head. This hairstyle will produce an edgy image for men with short to medium-length hair. For those who wish to radically alter their appearance, growing out your beard is a fantastic alternative. A beard can help you look older and define your cheekbones and jaw. The greatest beard to go with an Edgar hairstyle is one that shares the same features as the haircut, which is short, angular, and modern. Choose a short shape-up or anchor beard if you want your facial hair to have clean lines.

The Edgar haircut is a short, angular, and sassy style. The Edgar has short sides, a back, and a top with a high fade or undercut, but the styling is comparable to a Caesar. It looks best with a squared-off front and forward-brushed bulk and is best suited for thick hair. Teenagers in Mexico first adopted the Edgar hairstyle as a version of the Caesar cut. Since then, Latin males have taken a huge liking to it. Read More
Maintaining your nails is just as significant as choosing a fantastic outfit for an evening outing. Taking pleasure in your appearance is important, and what better way to accomplish it than by turning your fingernails into ultra-chic stilettos. … 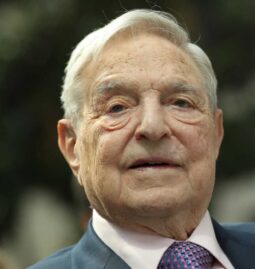