A fashion week is a one-week fashion industry event during which fashion designers, brands, or “houses” present their current collections to buyers and the media in runway fashion shows. These events have an impact on the current and forthcoming seasons’ trends.

The most important fashion weeks take place in the world’s fashion capitals: Paris, Milan, London, and New York, also known as the “Big Four,” which attract the greatest press coverage. 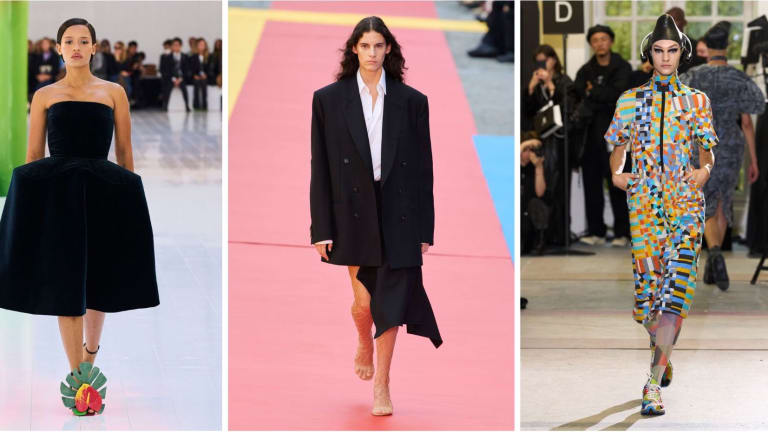 Though not as well-known as some of the world’s most prominent cultural towns, Los Angeles hosts a biannual fashion week that showcases the latest collections from both local and international designers. Many countries hold fashion weeks twice a year, in the spring and the fall.

There are fashion weeks in China, Brazil, Turkey, and Japan. However major cities, where the most recognized designers in the world present their collections, are New York, London, Milan, and Paris

Although there are other prominent fashion weeks around the world, only the “Big Four” are well-known: Paris, Milan, London, and New York.

Some fashion weeks, such as the Rio Summer fashion week, which specializes in swimwear, are genre-specific. Miami Swim Week is a separate event from Miami Fashion Week, the haute couture presentations in Paris that showcase one-of-a-kind designer originals, and Indonesia Islamic Fashion Week for Muslim fashion.

Fashion weeks were traditionally staged many months ahead of the season to provide the press and consumers a sneak peek at the upcoming season’s fashion designs. Designers showed their fall and winter collections in February and March.

Designers showed their spring and summer collections in September and October. This schedule was largely devised to correspond to the slower “retail cycle” of the time. In other words, it gave retailers enough time to buy the designers and incorporate them into their retail campaigns. However, as customer expectations have risen, so has the retail cycle. As a result, designers began to shift to “in-season” displays in 2016.

Here are the big 4 fashion weeks in the world: 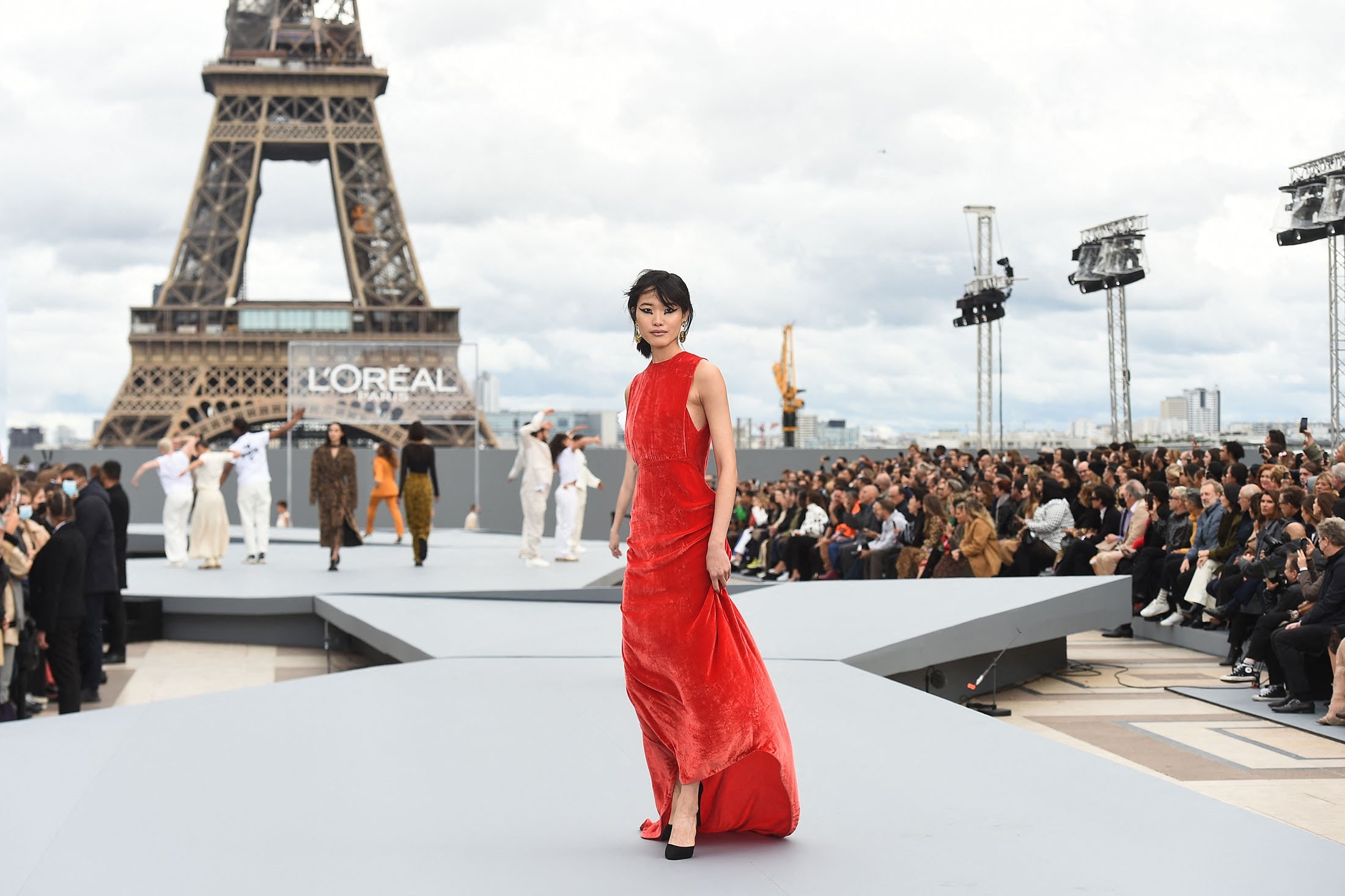 Paris Fashion Week is a semi-annual series of designer presentations hosted in Paris, France, with spring/summer and autumn/winter events occurring each year. The French Fashion Federation determines the dates. Paris Fashion Week takes place in a variety of locations throughout the city.

Men’s and haute couture displays, in addition to ready-to-wear shows, are held semiannually for the spring/summer and autumn/winter seasons. Famous companies like Dior, Chanel, Louis Vuitton, Givenchy, and Céline also have annual fashion shows at historic locations such as the Carrousel du Louvre and the Grand Palais.

The first fashion week was conducted in New York, and the event was inspired by “salon displays” in Paris couture salons (“défilés de mode” in French, literally “fashion parades”).

The occasion was a fundraiser for the restoration of the Palace of Versailles. The anticipated cost of repairing the palace is US$60 million, or 53,026,956 Euros. The fundraising was initiated after the French government claimed that the expense of the restorations would be too much for them to bear.

Eleanor Lambert, the creator of New York Press Week, which is now known as New York Fashion Week, was in charge of organizing the event. Marie Antoinette’s dressing room, Louis XV’s children’s playroom, and a staircase that was started in 1722 but never finished were among the restorations and upgrades. Anne Klein, Bill Blass, Stephen Burrows, Oscar de la Renta, Hubert de Givenchy, and Yves Saint Laurent were among the American and Parisian designers who attended the event. Each of the French designers had their show with things such as a rocket ship, a pumpkin coach, and a rhinoceros hauling a gypsy caravan.

Due to measurement conversion issues, the American designers collaborated on a single presentation with a similar theme of Paris, featuring both Caucasian and African-American models.

The use of diversity in models by the American designers made the event the first time African-American models walked a French runway. Because of the designers involved, the event was dubbed “The Battle of Versailles” due to its location and the tensions that existed between the American and Parisian designers during the show’s run.

Models with a body mass index of 0 are not permitted to attend Fashion Week in France, according to French legislation. The size 0 law is sometimes misunderstood by those looking to break into the fashion industry as a rule that prohibits size 0 models from walking in shows.

Models under the age of 18 are not permitted to participate in Paris Fashion Week. “No model under the age of 16 will be hired to take part in fashion shows or photographic sessions representing adults,” according to premium labels such as LVMH and Kering.

Read More On: Top Models: What You Need To Know About Them The National Chamber for Italian Fashion (Camera Nazionale Della Moda Italiana), a non-profit organization that disciplines, coordinates, and promotes the growth of Italian fashion, is responsible for hosting fashion events and shows during Milan Fashion Week. On June 11, 1958, the Camera Sindacale Della Moda Italiana was founded.

This was the precursor of the Camera Nazionale Della Moda Italiana, which later became the Camera Nazionale Della Moda Italiana. Proprietors of the most important establishments in Italy, including some private establishments, which, in those days, played a crucial role in the promotion of this sector, were present at the Memorandum of Association: Roberto Capucci, Emilio Schuberth, Maria Antonelli, Princess Caracciolo Ginnetti, Alberto Fagiani, Giovanni Cesare Guidi, Germana Marucelli, Simonetta Colonna Di Cesarò, Jole Veneziani, Francesco Borrello, Giovanni Battista Giorgini, and the lawyer Pietro Parisio.

Each season, Milan fashion week features over 40 presentations and converts the city into a tourism hotspot by simply constructing numerous venues for the events, selecting the most magnificent and influential palaces to serve as the design stage. Palazzo Reale, Palazzo Serbelloni, and many others are examples of locations. London Fashion Week (LFW) is a trade expo for clothes that takes place twice a year in London, in February and September. It is one of the ‘Big Four’ fashion weeks, along with New York, Milan, and Paris, and features around 250 designers for a global audience of key media and merchants.

London Fashion Week was founded in October 1983 by the British Fashion Council (BFC) for the London Development Agency, with support from the Department for Business, Innovation, and Skills.  It currently ranks alongside New York, Paris, and Milan as one of the ‘Big Four’ fashion weeks. It sells itself to funders as a trade show that also garners a lot of press attention and provides a lot of value to taxpayers. It claims that over 5,000 journalists and purchasers would attend, with projected orders worth more than £100 million. The London Fashion Week Festival, a retail-focused event open to the general public, takes place immediately afterward at the same venue.

The London Fashion Week, held in September 2018, was the first major fashion week to be fur-free, following a surge in anti-fur demonstrators.

London Fashion Week became the first of the Big four fashion weeks to offer designers showcasing collections on the runway at Somerset House the opportunity to stream their shows live on the Internet in spring 2010.  The British Fashion Council has announced that the event will be streamed live online from Thursday, September 17 to Tuesday, September 22, 2020, and will include both digital activations on www.londonfashionweek.co.uk and physical events, while adhering to Government guidelines on social distancing.

This LFW digital portal, which debuted in June, will continue to function as the Official Digital Hub and will be open to everyone, including industry experts and worldwide fashion consumers. Exclusive multimedia material from designers and brand partners will be hosted on this platform, allowing for collaboration and bringing fashion, culture, and technology together.

London debuted London Collections: Men in June 2012, in addition to the spring/summer and autumn/winter collections presentations. The showcase has risen by 67 percent since its initial edition in June 2015, when it featured 77 different designers. From the Autumn/Winter 2017 season forward, London Collections: Men was renamed London Fashion Week Men’s to better represent the event’s growing consumer focus.

Consumers can shop a curated edit of designer collections at show-exclusive prices, sit front row at catwalk shows by London Fashion Week designers, get a head start on the key trends of the coming season, and listen to talks by industry experts at LFWF, which takes place at The Store Studios, 180 The Strand. New York Fashion Week is a semi-annual series of events (usually lasting 7–9 days) where worldwide fashion collections are displayed to buyers, the press, and the general public. It takes place in February and September each year.  Although cities like London were already utilizing their city’s name in conjunction with the terms fashion week in the 1980s, the Council of Fashion Designers of America (CFDA) introduced the contemporary notion of a centralized “New York Fashion Week” in 1993. The New York Fashion Week is based on a far older series of activities known as “Press Week,” which began in 1943.

Press Week was a triumph, and fashion magazines such as Vogue, which were formerly dominated by French designers, began to include more American designs. The event was dubbed “Press Week of New York” by the mid-1950s. The 16th Annual Press Week in New York was held in the spring of 1951 (February 1951). It was also intended to highlight American designers for fashion journalists who have hitherto overlooked American fashion breakthroughs.

Spring Studios, located at 50 Varick Street, is the main and current venue for New York Fashion Week.  A beachfront carnival-converted railway station and a former post office have all been used as venues. Read More
With one of these top hair clippers for 2022, you can give yourself the best at-home haircut ever. A DIY cut is the best option if you can’t go to the barber or if you want to save … Read More
What is Kevin Samuels net worth? Fewer careers are blooming than being a YouTuber. It is like an entire career on its own. If you ever wondered why so many people are moving to become YouTubers, well, it …