While Finland is not strictly a Scandinavian country, it has many of the same characteristics as its neighbors. Finland’s favorable features include breathtaking beauty, a pristine environment, and a reasonably liberal, modern political system. In the winter, the Northern Lights may be seen in the country’s far north, while in the summer, many Finns flock to their summer cottages to enjoy swimming, fishing, barbecuing, and, most importantly, saunas.

While it is natural to visit Helsinki when visiting Finland, your itinerary should also include other sites outside of the city. This list highlights the top places to visit in Finland, ranging from small villages to natural wonders. Finland is a relatively undiscovered part of Europe, from the bustling art-filled towns of Helsinki and Turku to the depths of the northern forests and the sparsely populated outlying islands.

This is likely due to its remote location from major tourist routes, yet the country’s various cultural and historical attractions, combined with its unspoiled natural settings, make it a perfect vacation spot. With its lakes, falls, rivers, and huge wild regions, as well as the assurance of snow in the winter, it’s a Nordic playground for both winter and summer sports.

Here are the most amazing places in Finland:

Helsinki, the country’s capital, is the most popular tourist attraction in Finland and one you won’t want to miss. Because Helsinki was established in 1812 to emulate the Russian city’s style, it looks a lot like St. Petersburg. The Lutheran Cathedral, the Church in the Rock, and the Uspenski Cathedral are three of the most notable churches in Helsinki today.

The art deco architecture of the Parliament House, as well as the stadium that hosted the 1952 Olympics, are also worth seeing. While Helsinki has hundreds of outstanding museums and galleries, the National Museum of Finland is one of the greatest to see. It does a good job of charting Finnish history across time.

Rovaniemi is the greatest entryway to all of Lapland’s beauty. At the end of WWII, Rovaniemi, the capital of Finnish Lapland, was utterly destroyed. As a result, a lot of the architecture is brutalist and mid-century. While Rovaniemi has a lot to offer, the fact that it is the official Finnish home of Santa Claus is surely a highlight.

Visitors can see Santa Claus Village, purchase stamps from the Santa Claus Post Office, and even go underground to a Santa-themed amusement park. The Korundi House of Culture, the Pilke Science Center, and the Jätkänkynttilä Bridge are among Rovaniemi’s non-Christmas attractions.

Savonlinna, a delightful historic resort in the heart of Finnish Lakeland, is well worth a visit on your next vacation to Finland. The area’s most famous sight is certainly Olavinlinna, or St. Olaf’s Castle, which was erected in the 15th century and is located amid Lake Saimma on a series of islands. The castle’s location was neither strategically nor militarily significant for centuries, it has survived the test of time and is largely intact and furnished.

The Orthodox Museum, the Savonlinna Provincial Museum, and adjacent Kerimäki, where the world’s largest wooden church is located, are also worth seeing in Savonlinna. Make sure to try muikku, or a local herring dish, from one of the numerous vendors in Savonlinna’s market square.

Due to its amazing unique accommodation, this stunning, serene resort is in high demand. The world-famous glass igloos, which are located in Kakslauttanen, Finland, are the main attraction. They allow you to experience the sense of sleeping under the stars and, of course, make the most of the Northern Light if it appears.

This place isn’t inexpensive, but it’s the stuff of fantasies, surrounded by deep forest, the Kakslauttanen river, and blanketed in snow throughout the winter months.

Porvoo, Finland’s second-oldest town, is famed for its one-of-a-kind and attractive wooden houses.

You may spot landmarks from the 13th century as you meander through the cobblestone lanes of Old Porvoo, also known as Vanha Porvoo by locals, while much of the wooden construction was built at the end of the 19th century.

Touring the 11th-century Porvoo Cathedral, examining local art and tradition at the Porvoo Museum, and indulging in wonderful local pastries and candies at the Brunberg shop, an iconic business in the city, are all excellent ways to pass the time in Porvoo.

Turku, located on the southern coast of Finland, was the country’s capital for much of the nineteenth century and is thought to be the country’s oldest city. Although Helsinki has long been the capital, Turku is a popular tourist destination in Finland, with several historic sites and cultural icons.

The 13th-century Turku Castle, the Aboa Vetus & Ars Nova twin museums, and the Luostarinmäki neighborhood, which is one of the few areas with architecture that survived the city’s early 19th-century fire, are just a few of the top things to visit in Turku.

Finnish Lakeland, as the name implies, is a region in Finland with a large number of lakes. There are over 55,000 lakes with a width of at least 200 meters (660 feet) in this area! The region stretches over central and eastern Finland, bordered by the beautiful Salpausselkä Ridges and the Russian border.

Lake Saimaa is the district’s largest lake, where you can swim, boat, or simply wander the perimeter and take in the scenery. You can also visit the university town of Jyväskylä or the medieval St. Olaf’s Castle while in Finnish Lakeland.

In terms of industry, Kemi is a city in Finnish Lapland best known for its pulp mills. Travelers, on the other hand, are most familiar with Kemi as the site of the famous snow castle. The castle is built every year and can reach a height of three floors, serving as a venue for weddings and live musical performances.

Travelers can even spend the night in the snow hotel if they so desire.  Kemi also has a vibrant nightlife scene, and it is from here that you can embark on an arctic icebreaker excursion, which weaves through the northern waters in search of stunning icebergs and breathtaking views.

The Aland Islands are a self-governing archipelago situated between Sweden and Finland. It is a mostly Swedish-speaking Finnish province made up of a few big islands and almost 10,000 smaller ones. It has a distinct history. Sweden gave it to Russia in 1809.

The islands were taken by a combined British-French fleet in 1854, which destroyed the citadel. Following that, the entire archipelago was demilitarized, and it still is today.

It has a population of around 27,500 people, with roughly 11,000 living in Mariehamn, the principal town. Shipping and trade have long been the islands’ principal industries, the Nautical Museum, the Museum Ship Pommern, and the Maritime Quarter in Mariehamn are all worth visiting to learn more about the islands’ interesting maritime heritage.

The Jan Karlsgrden open-air museum near Kastelholm is well worth a visit, where you can see what a typical island farm looked like in 1890. The pristine environment and gorgeous landscapes of land, on the other hand, are a huge lure these days.

It celebrates the longest day of the year with a magnificent and ancient celebration on midsummer’s eve. Artists enjoy it because of the beautiful landscapes and seascapes, and tourists flock here by boat from Turku and Stockholm to visit their studios and galleries.

Tampere is Finland’s third-largest city, although it is still a small city that feels more like a collection of neighborhoods than a major metropolis.

Visit the Vapriikki, a museum complex that houses the Natural History Museum and the Finnish Hockey Hall of Fame, among other things, to gain a better appreciation of Tampere’s history and traditions.

Skiing and hockey are popular outdoor activities in Tampere, but those who aren’t as active can take a stroll through outdoor centers like Duck Park or the Hatanpää Arboretum. On the outskirts of town, the popular Särkänniemi Adventure Park houses an aquarium, a planetarium, a children’s zoo, an art museum, and an observation tower with spectacular views of the forests and lakes. Read More
The formal name of the country is the Kingdom of the Netherlands, or simply the Netherlands. The term alludes to the land’s flatness and low elevation. It’s mostly at or below sea level. The Dutch are also known … 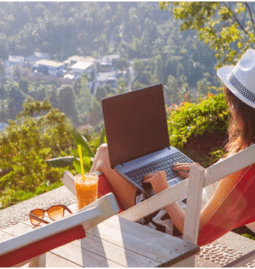