It may come as a surprise to you when you find out that the name “Flex” came from his ability to dance and that he wasn’t christened that name from birth. Flex Alexander will be familiar with people who grew up in the early/mid-2000s. If you ever saw the sitcom One on One, the Flex Washington character caught your attention. Flex became a hit character with his comedic performance as a single father. For some, he was the essential character that made the show go on for a long time. One would have thought that his performance on One on One would have catapulted him to even more significant fame. But, the world does not work like that.

Unfortunately for Flex Alexander, his brilliant performance in One on One didn’t shoot him to the stars. Nonetheless, he has made several appearances in other movies, but they were not as spotlighted as his sterling performance in the One on One sitcom. Since the show’s end in 2006, we can count the number of times Flex has featured in movies. To think that he was multi-talented, yet no tangible result to show for his uniqueness. This is not to say he has had a terrible career, but we expected more with the way he started. We can’t blame the poor man.

We have curated facts you probably never knew of Flex Alexander.

1. Flex is His Nickname

Flex’ name is originally Mark Alexander Knox. He got the nickname because of his dancing skills. He was born on April 15, 1970, in Harlem, New York City.

2. Flex is a Proud Member of Sigma

There are so many affiliations with the Greek letter organization by the African American community. These guys form fraternities where they carry out duties. Some show off their association, and others would rather not. Flex Alexander is part of the former. He is a proud member of the Phi Beta Sigma Fraternity and has been for a while now.

3. He Once Played the Character of Michael Jackson

4. Flex Was a Dancer

Flex got the name “flex” when he was an active dancer. Many see Flex as an actor these days, but he was first a dancer. Interestingly, he was discovered by Salt-n-Pepa’s DJ, DJ Spinderella. We do not have information on where he was found, but he went on tour with the group for three years after his discovery. Flex has been featured in Mary J Blige’s music video. He has also choreographed many other music videos for famous stars.

5. His Wife, Shanice Wilson, is a Grammy Award Nominee

Flex Alexander is the husband of a Grammy award nominee. His wife, Shanice Wilson, whom he has been married to since 2000, was nominated for the Grammy’s Best Female R&B Vocal Performance for her hit single “I Love Your Smile” in 1993. The couple has two children, and they have not had problems at least known to the public about their marriage.

6. Flex Alexander Was A Stand-up Comedian

When we said Flex was multi-talented, we weren’t playing. Man can act, dance, and is funny. If you ever doubted his comic abilities, you may need to watch the sitcom One on One. While he was a dancer, Flex also had some gigs as a stand-up comedian. The difference between Flex and comedians of his generation is that he makes clean jokes devoid of slurs and vulgar language.

7. Flex Made His Acting Debut on Juice

It may not have been a huge appearance, but Flex made his acting debut in the 1992 film, Juice. He played the character of a hopeful contestant in a DJing contest. It was the first time Flex would be on the screens. Later, he would land a leading role in the series Homeboys in Outer Space.

There are some people who, because of poor money management, have become broke even though they made good money in their careers. This was the same for Flex. Though he made enough money from his time in One on One (a series that became hugely popular), Flex Alexander still found a way not to be financially prudent. There was a story that Flex had to borrow a loan of $350 from a friend to tax his wife out for their wedding anniversary. It is not a good thing. Thankfully, things have gotten better for him.

Flex, over the years, has renewed his belief in God after life’s difficult times brought him closer to God. Since then, he has proclaimed how prayers and his faith in God have helped him so far.

Find out the net worth of popular Youtuber Matt Carriker here

10. Flex Alexander Wants A Sequel to One on One Series

These days, there have been reboots to many of the hit series in the 1990s, and Flex Alexander is hoping that One on One gets One too. He has been loud about wanting a reboot of the hugely successful series. However, there has been nothing announced yet. Hopefully, works are going on in the pipes. 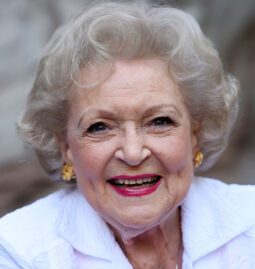 Read More
American actress and comedian Betty White was born on January 17, 1922, and she passed away on December 31, 2021. Known for her extensive work in the entertainment industry and for being one of the first women to … Read More
HoYeon Jung, sometimes known as Jung Ho-yeon, is a South Korean model and actress who was born on June 23, 1994. In 2010, she started working as an independent model, spending two years walking in shows at Seoul …