It was argued by one of the media outlets that one of the reasons why the Turkish movie industry is gaining momentum globally is due to the handsomeness of their actors. Hence, many now watch Turkish movies so they can catch a glimpse of their favourite handsome actors.

Have you ever thought of what could have made these actors famous and rich?

The 7 Most Handsome Turkish Actors and Famous

To be noticed and successful as a male actor in the Turkey movie industry, you have to be talented, handsome, and consistent. As an actor, you begin to pull a lot of traffic with your looks, smartness, and allure.

In this article, we made a pick of the seven topmost handsome and famous Turkish actors who are consistently on the audience’s lips. They’ve made a name for themselves through the hard work, skills, and amazing content they always put out. However, these actors have won many awards and are still counting.

Here are our top pick

Burak Ozcivit is a 39-year-old actor and model, born December 24th, 1994, in Istanbul, Turkey. The talented, famous, and handsome actor Burak is followed on Instagram by 20.2 million people. Such a huge fan base. He is one of the most popular actors Turkish cinema has. Burak Ozcivit graduated from the tertiary institution of learning Marmara, where he studied Fine Art and Photography. He’s married to the love of his life Fahriye Eve, and they have a son together, Karan.

Burak started his career as a model in 2003 and was among the top-picked modelling in Turkey. After which, he began working with top Agencies as their model after successful participation in his first appearance. His audience increased, and he became more famous. In addition, he was selected as the second-best world model in 2005. However, he started acting in a movie titled Calikusu, and his roles got him more fans from 2013 to 2014.

The actor and model was featured in numerous movies, such as Musallat as Suat in 2007, Kardesim Benim as Hakan in 2016, and season 2 of Kardesim Benim was in 2017. In 2018, he played the role of Captain Alparslan in a movie titled Can Feda. Burak also filmed many television series like Thanet, known as Emir, in 2010, Calikusu Kamran was from 2010 to 2014. However, he played the role of Kemal Soydere in Kara Sevda. He is also a part of Kurulus: Osman as Osman Bay.

Ozcivit has won many awards. In 2016, he won the Jury Special Award. He won the most admired actor, most popular man of the year and most successful celebrity of the year in 2017. He also won best male actor of the year in 2020 and 2021 respectively.

He’s currently worth $8 million. He has also received lots of ambassadorship and endorsement deals.

Karem Burcin, the small screen handsome celebrity, was born in 1987, on June 4th. The famous actor resided in many countries, among which are the United Arab Emirates, Turkey, the United States of America, Scotland, etc.

He had his university studies at Emerson College, under marketing Communication. He is worth more than $4.6, and He’s 35 years old. The actor, during his school years, was a recognized Basketball and Volleyball player.

Karem Burcin, the now-famous actor, was once a Driver before his acting career. He became popular with his role in a movie as Karem Sayer on Kanal D’s Genesis. Furthermore, he took part in many movie series such as; Wendigo, where he played the role of Andy, Iyi Oyun as Ferhat in 2018, Palace of Damned, where he started as Adam in 2013 with so many others I can’t name here.

Karem Burcin had some of his tv series as Ulan Istanbul Aynen Aynen as Deniz from 2020 until 2021. He took part in Sen Cal Kapimi as Serkan Bolat. He was a major character in Forbidden apple as Yasak Elma and many others, making him famous. However, he won the best Breakthrough actor of the year 2016 twice. That wasn’t his first-time win; he won in 2012.

Murat Yildirim is a famous and handsome actor. He was born in Konya in Turkey in 1997, on April  13th, and his network Equals $1.5m. The actor had his tertiary education at the Technical University of Istanbul, Turkey, Yildiz.

He finished as a mechanical engineering student. When Yildirim was a young boy, he developed a passion for theatre, art, and music. However, this made him join his school acting team and take acting tutorials during his days at the university.

About his family? Yes!! He was born to his Turkish father, and his mother was an Arabian woman. His father was a teacher who taught literature studies in one of the colleges in Konya. He started acting officially after his performance in the theatre, which lasted for three years. One of the audience who watched him perform recommended him to attend a cast in Besiktas Kultur Merkezi further.

Murat was a talented actor whose first role was in Olumsuz Ask, which Yilmaz Erdogan wrote. However, Yildirim has featured in many films, including Kirmili as Sadik Turan, Sonsuz Ask as Can in 2017, Sancisi as Behcet, and others.

The skilled actor took part in television series as Asi, where he. Played the role of Demir Dogan, Fortuna, and Ali. He appeared in Buyuk Yalan as Okan in the second season. He also anchored a Tv program titled Kim Milyoner in 2017. He is thriving and famous.

He likes stability and organized life, he also loves to solve problems with logical and technical approaches.

Engin Akyurek Is a handsome, successful, and talented screen actor. He was born in Ankara, Turkey, in the year 1981on 12th Oct. The screen king finished at the University of Ankara, where he studied geography, history, and d language studies.

Nonetheless, Engin did not attend any special acting Academy; he was interested in drama, acting, and writing while growing up. The genius actor is one of the most handsome and famous actors in the Turkish movie industry. His Instagram fan base continues to grow due to their love for his act style.

The engineer, his first debut in acting, was in 2004, after finishing university. However, he participated in a Turkey star Television contest titled Turkiye nin Yildizlari. After, he was appointed to feature in a television series called Yabanci Damat due to his success in the game.

The successful actor Engin Continued his acting career and was featured in the movie Kader in which he played the role of Cavet, and the Small September affair was in 2014 as Tek. Among the television series he starred in was Kara Para Ask as Omer Demir between 2014 – 2015. Karayilan as Nizipli Halim 2007 was to 2008  and Sefiri Kizi as Sancar was through 2019 to 2021.

I know you’d love to meet this outstanding actor, a model, and a musician, Halil İbrahim Ceyhan, in this write-up. In recent times this handsome actor has been making waves with his multiple talents of playing so many roles in movies. Halil, as nicknamed,  was born in 1986 in Turkey. He is currently 36 years old and single.

Halil is an incredible and skilled personality whose first appearance was in 2007, when he took part in a contest tagged, The best model of turkey. He came top on the list. I mean, why won’t he, he’s handsome and talented, and this gave him the title, Best promising male model. Halil, during his childhood, had so much passion for becoming an actor and a musician. He started up his career as a musician in 2007 when he dropped his first song Kaybettim.

Halil Ibrahim Ceyhan didn’t stop there. He released another single he named “leave yourself to me,” The music sparked traffic and made him more popular. He took many self-development studies on acting, after which he officially started working in 2019.

The star actor was starred in the series EMENET as Yaman Kirimli, and the firm continued as he gained more fans due to his acting style and allure. Many said he has a way of expressing his feelings without words. But before that, he was featured in a humour movie Hemen Demeriz in 2019.

Onur Tuna, a Turkish-born actor, model, and musician, was born in a city, Canakkale, in Turkey. The handsome actor was born in 1983 on July 2nd; he’s currently 36 years old. He studied Economics at the University, Dokuz Eylul.

However, he took a course at Ege University Conservatory, Turkish classical music. Onur modelled for many fashion brands for four years. His current net worth is between $1m to $5m, and he falls on the list of one of the richest actors now. It

Onur, after taking courses to sharpen his acting skills, began his acting career with a television series titled Hayat Devam Editor in 2011.

He appeared in a movie of Kucuk Eylul Meselesi, where he took the role, Of Atil, and in the year 2020, he was featured on the set of Agir Romantik as Kerem. However, he has numerous television appearances, such as Filinta, he bore Filinta Mustafa’s name. Also, he took the role of Firat Bulut in 2021 with so many others

Serkan Cayoglu was born in Germany in 1987, on the 31st of May. He is a talented Turkish actor and a model who graduated from the University Of Erlangen, studying economics. He was also taking an acting course from Dolunay alongside Umit Cirak in Cirak’s acting Academy in 2012. His first acting appearance was in a movie, the Kuzwy Guney Tv series. The skilled actor proceeded to play the role of Burak Altayli in 2014 in Zeytin Tepesi.

Cayoglu, however, in the year 2014 to 2015, took a major character as Ayaz Dincer in a tv series titled Kiraz Mevimi, Aya Ulgen in Boru in 2018. The actor perfectly acted out the leading role in Halka. He answered Cihangir Tepeli and several others before Birzanlar Kibris, where he was the leading character from 2021 till the present.

His fans greatly love Serkan Cayoglu. He has 4.3m followers on his Instagram handle currently.  He has won many awards in his acting career. In 2015, he was awarded the 6th KTU media award for Best Debut.

Furthermore, in 2016 he won two awards: ist YBU media award and the 42nd Pantene Golden Butterfly Awards. The star is handsome and puts a lot of allure into acting. Serkan is worth over $20 million. However, he leaves his relationship status confidential.

In conclusion, becoming famous in the Turkish movie industry has many challenges as their actors are mostly creative and charming.

Most of the actors mentioned above are no doubt the most handsome in the industry. Their body physique has been the first point of attraction before they are being noticed for their talents.

Their height, the physique is capable of giving you goosebumps, not only their height but also their beards, cheekbones, broad chest, toned abs muscle and even their coarse voice. This has earned them followers from all parts of the world. 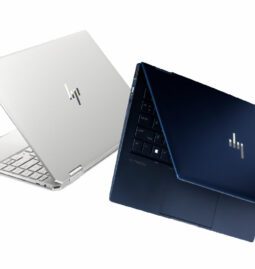 Read More
The best HP laptops are powerful, adaptable, and portable, and they are available in a wide variety of designs that are tailored to match almost every market. Although they have a sleek appearance that makes them stand out …