Acting is a form of art that involves representing another character, it could be done before a lot of cameras or on stage. It does not just involve you having talents or the ability to quickly switch facial expressions in every scene, it also requires a certain level of confidence. What about the never ending list of actors? Since it is very competitive out there, one has to stand out. Involved in this competitive form of art, is a very talented actress; Hannah Kepple.

She is an upcoming American actress with beautiful dark-brown eyes, unmatchable confidence and outstanding acting skill that was visible to everyone who watched the ongoing American Netflix series; Cobra Kai. In this article, you will know more about Hannah Kepple, who is known for her recurring role as Moon on the Netflix series, Cobra Kai, and her visible, undeniable passion for the entertainment industry.

The Early Life of Hannah Kepple

She was born into a Christian family on November 20, 2000, in Brevard, North Carolina, United States. Although information on her parents; Rich Kepple and Julie Kepple is not publicly known, Hannah has two siblings, Ben Kepple and Ella Kepple.

Just one man is publicly known to have captured the heart of the beautiful American actress. Hannah Kepple found love with an actor, Xolo Mariduena, who co-starred in the Netflix series Cobra Kai. They started their love journey in 2019, after the completion of season one of the comedy-drama series, and made their relationship publicly known by posting pictures of themselves on their social media pages.

However, the couple broke up for unknown reasons. The relationship turned sour and it was made obvious when they deleted pictures of themselves on their social media accounts. Currently Hannah Kepple is single, and pouring all her attention, care and love on her pet dog. She enjoys travelling and exploring different countries when not working. One can tell how much she loves to enjoy herself outdoors from her Instagram posts. She also loves to keep fit, ensuring that she exercises often while complimenting her efforts with a good diet, to maintain her slim, beautiful shape.

Hannah Kepple discovered she had a passion for musical theatre at age 10, then she got signed into a Junior production of Annie at Asheville Community Theatre, by her mother, after she had noticed her daughter’s passion for the cameras. After her top notch delivery was noticed, she got a role on the Wizard of Oz, at Flat Rock Playhouse, by then Hannah Kepple knew she wanted to be an actress and a famous celebrity. She decided to take a huge step in the line of her career, by going to a training centre which was also a talent agency called Screen Artists Co-op.

In an interview, Hannah Kepple said her biggest influence is Jon Menick, who is the founder of the training centre she went to. She said Jon Menick taught her everything she needed to know at the start of her career, being a good mentor and teacher all through. She also said he taught her how much can be shown in an expression when acting, and how she should carry herself when doing what she knows how to do best. Hannah took ballet dance classes while in school and went for several auditions for shows and documentaries.

Is Brianna Hildebrand returning on Deadpool 3? Read here to find out.

In 2018, she worked on the podcast, The Man Cave Chronicles, and also appeared in a documentary, Your Worst Nightmare, in 2019. Hannah got her first film role in 2018, in a Comedy-drama series, Cobra Kai, where she got the recurring role of ‘Moon.’

Hannah Kepple posts on Instagram can show you an insight on her takes on what is going on around the world. Her post expresses her views on human rights, sexual assault, racism, gender equality and politics. She currently has a net worth of 800,000 dollars, and is planning her next move that will take a huge turn for her career. 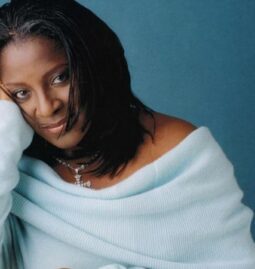 Read More
LaTanya Richardson is an American actor and producer who began her career very young with off-Broadway productions before moving on to acting in films and television, primarily in supporting roles. She also happens to be Samuel Jackson’s wife, …