ESPN was the first to announce that LeBron James had signed a two-year, $97.1 million contract deal with the Los Angeles Lakers, making him the highest-paid player in NBA history.

According to pay tracking website Spotrac, James will exceed Kevin Durant in career earnings with the new contract, earning at least $528.9 million in guaranteed income.

Despite James’ domination on the court for almost two decades, his career earnings have just barely surpassed those of the league’s younger players. The other players on this list are in their 20s or early 30s, unlike James who is 37.

James was a top draft pick in 2003, but he only made a little over $4 million in his first season, compared to top picks nowadays who can make up to $10 million.

The contract extension comes after James achieves another goal. According to Forbes, he achieved billionaire status earlier this year, becoming the first active NBA player to do so. James’ $1.2 billion net worth consists of money from endorsement deals, business ventures, and his own entertainment production firm in addition to his NBA salary.

James was approaching the end of his Lakers contract, which will pay him $44.5 million in the 2022–2023 season. He will earn an estimated $46.7 million thanks to the agreement for the 2023–24 campaign. It includes a player’s option for a third season, giving James the choice to either sign a contract extension or join another team for the 2024–25 season.

James is ineligible for a no-trade clause because it is a contract extension and not a new contract, but it does have a trade kicker that pays him a bonus equal to 15% of his salary if he is traded to another team.

The four-time champion and enduring NBA All-Star will play in his 20th season this autumn and look to capture another title with the Lakers after their victory in 2020.

James fared well last season despite the Lakers missing the playoffs. His average of 30.3 points per game was his highest since the 2005–06 campaign.

According to Forbes, the superstar’s net worth is $1 billion. James is the first active NBA player to enter the billionaire’s list, missing the playoffs this year for just the fourth time in 19 seasons. (Michael Jordan, the only other basketball billionaire, didn’t reach that mark until 2014, more than 10 years after he retired, thanks to a smart investment in the Charlotte Hornets basketball franchise.)

It’s my biggest milestone, James said in a prescient 2014 interview with GQ. “Obviously. I want to maximize my business. And if I happen to get it, if I happen to be a billion-dollar athlete, ho. Hip hip hooray! Oh, my God, I’m gonna be excited.”

James has successfully maximized his business, resulting in pretax earnings of more than $1.2 billion. The Cleveland Cavaliers, Miami Heat, and Los Angeles Lakers have given him more than $385 million in compensation, making him the highest-paid active player in the NBA. He has earned over $900 million off the court through endorsement deals and other business endeavors.

James was raised by a variety of family members, friends, neighbors, and his peewee football coach during the three years before he became the most anticipated high school basketball prospect in history. James was born to a struggling, 16-year-old single mother in Akron, Ohio.

At the age of 18, he signed his first contract with Nike, notably turning down offers from Reebok and Adidas in favor of what he believed to be the more reliable long-term business partner. a wise choice He signed a lifetime contract with Nike in late 2015 after more than ten years of success, which will pay him tens of millions of dollars every year. He was the second-highest-earning athlete in the world last year thanks to Nike, along with endorsement deals with companies like AT&T, PepsiCo, and Walmart.

The underlying secret to James’ billion-dollar success is that he has done more than just act as a pitchman. James has long negotiated contracts that grant him stock in the brands he partners with, allowing him to share in the gains rather than just get a one-time payment. James abandoned a four-year, $15 million endorsement deal with McDonald’s in 2015 to stake his future on the rapidly expanding Blaze Pizza restaurant, in which he also owns stock. Along with Lyft, he has acquired equity stakes in companies like smart gym manufacturer Tonal.

SpringHill Entertainment, which was established in 2007 as a production vehicle for the award-winning documentary More Than A Game about James’ high school years, combined three businesses into one. It was named after the Akron, Ohio, apartment complex where James and his mother finally found stability.

After raising $100 million from investors, including James’ investment advisor Paul Wachter and Elisabeth Murdoch, the daughter of News Corp tycoon Rupert Murdoch, James and Carter combined everything into The SpringHill Company in 2020.

James sold a “substantial minority stake” to a select group of investors in October of last year for $725 million, including RedBird Capital Partners, Fenway Sports Group, Nike, and Epic Games. James is the company’s greatest individual stakeholder, albeit it’s thought that his ownership does not surpass 50%.

SpringHill is now working on a biography about James’ early years and a remake of the 1990 comedy House Party, which is expected to hit HBO Max in July. SpringHill helped create 2021’s Space Jam: A New Legacy (starring James) and a recent Netflix docuseries on tennis star Naomi Osaka.

James has expressed his desire to one day own an NBA team in public. He’s making good progress. The NBA star already owns professional hockey, baseball, and soccer teams.

When James’ sports marketing company partnered with Fenway Sports Group in 2011, he acquired small ownership in Liverpool F.C., an English Premier League soccer team. He and Maverick Carter traded their shares in Liverpool for a portion in FSG last year.

The Boston Red Sox, Fenway Park, Liverpool, half of Roush Fenway Racing, and 80% of the New England Sports Network are all properties owned by the firm, of which James is thought to own about 1%. FSG decided to pay around $900 million in late 2021 to expand its portfolio by acquiring the NHL’s Pittsburgh Penguins.

And last, there is SpringHill, a TV and film production company that James and his business partner Maverick Carter founded. At a $725 million valuation, the venture which contributed to the production of the HBO documentary What’s My Name: Muhammad Ali and the $163 million (global box office gross) Space Jam: A New Legacy—was purchased by outside investors including Boston Red Sox owner Fenway Sports Group and Epic Games in October. Of course, James continues to be the largest shareholder.

James had long since been living the high life. At least three properties worth a combined $80 million are under his ownership. He constructed a $10 million estate close to Akron, Ohio, his hometown. In 2017, he paid $23 million for an eight-bedroom mansion in the affluent Brentwood district of Los Angeles. A 13,000-square-foot Beverly Hills house was his most recent indulgence. James spent $36.75 million purchasing the 1930s hilltop house, which he has already demolished in order to build his own palace.

James has invested his entire life in Blaze Pizza for many years, including working behind the counter and going door-to-door to distribute pies to spread the word about the company. It’s easy to understand his passion. In 2012, he reportedly paid less than $1 million for a 10% stake in the made-to-order, assembly-line-style pizza chain; since then, it has expanded to more than 300 company-owned and franchised locations across the United States and Canada. According to Forbes, the value of James’ investment in the company and his little share of the 18 franchised Blaze restaurants operated by restaurateur Larry Levy in Florida and Illinois totals around $30 million.

Even after taking into account managers, agents, lawyers, and a superstar’s spending habits, Forbes still believes James has more than a half-billion dollars in net assets over and beyond what is indicated above. It is expensive to live like LeBron. This includes earnings from significant deals, such as the $3 billion sale of Beats by Dre to Apple in 2014 (James was a spokesperson and owned a tiny portion of this company), as well as shares of publicly traded fitness company Beachbody, which acquired Ladder, the sports nutrition company James, cofounded with Arnold Schwarzenegger in 2020 for $28 million in stock. 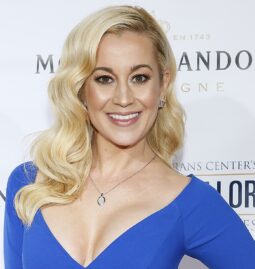 Read More
Phoenix Robert Lachey of the United States of America opened his eyes to this beautiful planet on December 24. His zodiac sign is Capricorn, and he is six years old. He has a birthday celebration on December 24. …