After the two demonstrated their stark size disparities in a matchup, Jake Paul’s promotional organization is selling his forthcoming battle with Hasim Rahman Jr as “David vs. Goliath.”

Paul and Rahman Jr. have already sparred back in 2020, but on Tuesday in New York, they faced off for the first time as adversaries to announce their impending battle. When Tommy Fury was forced to withdraw due to visa complications, the Baltimore native, whose father was the world heavyweight champion Hasim Rahman, came in at the last minute to take his place.

Rahman Jr. is a real heavyweight who will have a significant size advantage over his opponent, having most recently touched the scales at 224 pounds, around 33 pounds more than Paul did for his most recent contest. He will need to weigh in at 200 pounds for cruiserweight and 215 pounds the following morning, but at their three-week-ahead pre-fight press conference, he appeared much larger than Paul.

The battle is being staged by Paul’s Most Valuable Promotions and Showtime Boxing in America, and it is being dubbed David vs. Goliath. They announced the battle on August 6 in a tweet that was published after the event, however, Paul appeared much smaller in the image despite only being two inches shorter.

Rahman Jr., however, believes that Paul is acting dishonestly by emphasizing the size disparity between the two due to his contractual duties. He will be the YouTuber’s toughest opponent by a wide margin because of his 12-1 record, but his strength will be much diminished due to the drastic weight loss.

Who Is Jake Paul?

Pamela Stepnick and Gregory Paul welcomed Jake Joseph Paul into the world on January 17, 1997, in Westlake, Ohio. Logan, his only sibling, is a well-known YouTube personality. Jake began sharing videos on the now-defunct video-sharing site Vine. When Vine was discontinued, he had approximately 5.5 million followers and 2 billion views.

In September 2013, Jake started a career in online video. Disney hired Jake when Vine shut down in January 2017 to appear in the comedy “Bizaardvark.” His show’s catchphrase was “It’s Everyday Bro!” (Side note: That catchphrase doesn’t follow proper grammar rules. “Everyday” can also signify normal, commonplace, or mundane, as in, “these are my everyday run-of=the-mill socks.” Jake probably meant to say “It’s Every Day, Bro!” which would imply something that occurs every day…)

While the second season of “Bizaardvark” was being filmed in July 2017, Jake was let go. Paul had already caused a number of difficulties at that point, including complaints from his neighbors about crazy parties, practical jokes, fire dangers, and the sizeable numbers of teenage followers who gathered on the street outside of Paul’s rented home after he posted his address on social media. Paul said in an interview with The Hollywood Reporter that the controversy surrounding his parties and the local media’s coverage of it led to his termination from the Disney Channel show.

Team 10 was launched in January 2017 by Jake Paul. Teenage entertainment is produced and promoted by Team 10, a creative agency and digital influencer marketing network. He released “It’s Everyday Bro” as a song and music video in May of that same year. In one month, the video received more than 70 million views.

Paul posted a video in early January 2018 titled “I lost my virginity.” The thumbnail for the video featured Paul and his then-girlfriend Erika Costell cuddling up next to each other semi-naked. As a result, YouTube age-restricted the video. Paul replaced the thumbnail with a picture of the pair dressed.

On January 20, 2020, Paul made his professional boxing debut in Miami. He competed against Gib, another YouTuber. Jake won the match with a TKO at 2:18 into the opening frame.

Paul’s neighbors in Los Angeles gathered with members of the city council and law enforcement agents on July 18, 2017, with the goal of accusing the YouTube star of being a public nuisance. Large groups of admirers gathered outside Paul’s rented residence in the Beverly Grove district when he made the address public. Finally, Paul’s landlords filed a $2.5 million lawsuit against him.

In 2018, Paul began dating model Erika Costello. They split in November of last year. He dated Chloe Bennet, who played Agents of S.H.I.E.L.D., in the same year.

From April 2019 to January 2020, Paul dated Tana Mongeau, a social media personality. At a widely reported wedding in July, the couple got engaged. The wedding ended up being nothing more than a marketing gimmick.

Paul hosted a sizable celebration in 2019 at his property in Calabasas, California. Authorities looked into whether or not some of the young, female attendees’ beverages were poisoned. The Los Angeles County Sheriff’s Department received a report from at least one person who claimed that their beverage had been drugged.

A Facebook user posted “A concerned mother posted on the “Moms of Conejo Valley” page:  “My daughter was at a party in Calabasas last night for YouTube Jake Paul. The house was a mansion filled with young people. She ended up in the hospital with eight other girls who had been drugged and ended up at West Hills Hospital incoherent.”  The mother said that the girls were mute and only partially clothed.

Paul was eating at P.F. Changs at the Scottsdale Fashion Square shopping center on May 30, 2020, during the George Floyd/Black Lives Matter demonstrations. People started plundering the mall. In order to film what was happening, Paul and his pals dove into the heart of the looting. He was accused of unlawful assembly and criminal trespassing, both of which are minor offenses. He wasn’t detained. He must show up in court in Arizona.

Jake Paul received a lot of flak in the summer of 2020 for the large house parties he hosted during the coronavirus pandemic. Paul’s events didn’t require face masks or social separation. Furthermore, Paul has no intention of ceasing to host his unlawful meetings despite local laws since he simply wants to “live his life.” The mayor of Calabasas, Alicia Weintraub, criticized a party that took place on July 14, 2020.

Jake Paul has a $30 million net worth as of this writing. Jake typically earns between $20 million and $40 million a year, making him one of the highest-paid YouTube stars in the world (before taxes).

Jake Paul moved out of his Beverly Grove apartment in 2017 and into a 15,000-square-foot estate in Calabasas, California, which he paid $6.925 million for. The house is situated on 3.5 acres and has a three-story foyer with a spiral staircase, Italian tile, and hardwood. It is accessible by a gated driveway. Floor-to-ceiling picture windows and a fireplace can be seen in the living area.

The formal dining room and kitchen, which has four ovens and a sizable central island, are accessible through arched doorways. One of the eight-bedroom suites in the house, the wood-accented master bedroom boasts two walk-in closets in addition to a balcony. The bathroom’s spacious shower includes Bluetooth connectivity, aromatherapy, and steam functionality. On the lushly landscaped grounds, which also have two grills and numerous patios with canyon views, there is a pool and spa with two waterfalls.

Professional boxer Hasim Rahman Jr.’s father competed in more than 100 combat sports matches. He was offered a post in 2017. He has a height of six feet three inches. 31-year-old Hasim Rahman Jr. has a stellar record of 12 wins, six knockouts, and only one defeat.

However, for those who are unaware, the 31-year-old boxer started his career with three TKO triumphs and has competed at a weight of 269 pounds in the past. Over the past year, he had three victories, two of which were via knockout. He has a $1 million net worth.

Hasim Rahman Sr., Rahman’s father, began boxing when he was 20 years old and made his professional debut in 1994. Rahman won the USBA heavyweight championship after defeating Jeff Wooden in 1997 and Trevor Berbick by unanimous decision in 1996. He had a split record with Lennox Lewis in 2001, defeating him by KO to win the WBC, IBF, and IBO heavyweight belts. 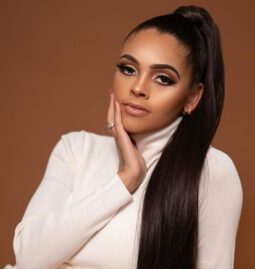 Read More
When recent pictures of Jack Depp surfaced, there was no way anyone could have said the legendary Johnny Depp needed a paternity test. The semblance is so striking that when Jack Depp’s picture is compared to a 19-year-old …