In 1991, Sun Microsystems‘ James Gosling created Java, a general-purpose, object-oriented programming language. Java applications are compiled into bytecode, which may be run on any platform using the Java Virtual Machine. Java is known as a WORA (write once, run everywhere) language as a result of this. Java is utilized in both simple and complicated projects to produce customizable, light, and speedy programs. Because Java is compatible with practically all devices and platforms, you may find yourself working with it frequently as an Android developer or app designer (macOS, Windows, Linux).

Read More: 6 Things You Should Know Before You Start Coding

Java is one of the most widely used programming languages on the planet. According to Oracle blogs, it is used by 9 million developers and runs on around 7 billion devices worldwide. Java developers are in high demand due to the strong need for Java, and they hold some of the highest-paying professions in the business. The typical annual compensation for a Java Developer ranges from $47,169 to $106,610.

Java developers are among the highest-paid specialists in the IT industry due to the language’s widespread use. According to Glassdoor, the average annual salary for a Java developer in the United States is $93,118.

2. Java Is Easy To Learn

One of the most compelling arguments for learning Java is that it has a relatively low learning curve. If you’re familiar with its predecessors, such as C++ or C#, learning Java grammar will be simple.

It might be difficult to learn a new programming language. There are numerous things that a developer must master, ranging from grammar to structure to the programming interface.

Since it has a syntax that is comparable to English, Java is simple to learn and understand in a short period of time. GeeksforGeeks Java Tutorials are also a good place to start. This tutorial will show you how to get started with Java and become an expert on it.

Read More: What Is Cryptocurrency? And Amazing Facts About It

3. A cross-platform language with only a few limitations

Java can be used on a variety of platforms, including PCs, mobile devices, and Internet of Things devices and technologies. In truth, the Java Virtual Machine (JVM) is at the heart of Android app development as well.

As a result, if you want to work in Android application development, knowing and comprehending Java should be your first step.

Java is an application because the compiler converts Java source code to byte code, which can subsequently be run on any platform using the Java Virtual Machine. Because of its platform independence, Java is often known as a WORA (write once, run everywhere) language.

Because of Java’s platform independence, most Java programs are developed in a Windows environment and executed on a UNIX platform.

4. Java has a large user base

There is a significant online community of Java users, ranging from beginner to advanced to expert, who are especially helpful in the event that assistance is necessary. StackOverflow, Java Forums, and other online learning forums are examples. There are also many resources on the internet for Java, such as GeeksforGeeks and others.

The Java community is always growing, as evidenced by StackOverflow, Java Forums, and other online learning forums. There are also many resources for Java on the internet, such as GitHub and StackOverflow, to help you with your questions and errors.

Java has a large Application Programming Interface (API) with many Java classes, packages, interfaces, and other features. This is useful for building apps without necessarily knowing how they are implemented on the inside.

Official Java core APIs, Optional official Java APIs, and Unofficial APIs are the three types of APIs available in Java. Almost everything is done with these APIs, including networking, I/O, databases, media, XML parsing, speech synthesis, and so on.

Read More: How to Secure Your Cryptocurrency Wallet from Threat

6. Many libraries are open to the public.

Java programming offers its own set of benefits. The availability of multiple open-source libraries that you can employ in your applications is the most important factor. As a result, you may not even need to develop from scratch for many modules.

Instead, you can leverage open-source code and include ready-to-use features in your own code.

In Java, there are a variety of integrated development environments (IDEs) that provide programmers with various tools for developing software. Eclipse, NetBeans, IntelliJ IDEA, and other powerful Java IDEs have all contributed to Java’s success.
Debugging, syntax highlighting, code completion, language support, automated refactoring, and other features of these IDEs make developing in Java easier and faster.
Java was chosen by about 90% of Fortune 500 organizations to develop a large number of back-end applications for the Android operating system. It also helps with Apache Hadoop data processing, Amazon Web Services, and Windows Azure, among other things.

The fact that Java is free under the Oracle Binary Code License (BCL) is one of the reasons it is so popular among independent programmers. This means that Java is free for development and testing environments, but a nominal price is required for commercial use.

Java is extremely adaptable, as it can be used to develop apps for the web, mobile, desktop, and other platforms. Java also includes a number of properties that make it highly versatile, such as dynamic coding, multiple security features, platform-independent characteristics, network-centric design, and so on.

If you want to learn Java from the ground up without any prior programming knowledge, the Java Foundation Course is for you. This course is developed specifically for complete novices who wish to learn how to program using the Java programming language. This course is for anyone interested in learning to code, regardless of whether they are in high school or in their first year of college. 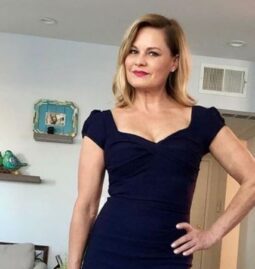 Read More
Both experts and amateurs in the field of home design can gain from employing software to help turn their wildest concepts into stunning visual representations. The correct house design software may assist you in achieving your objectives, from … 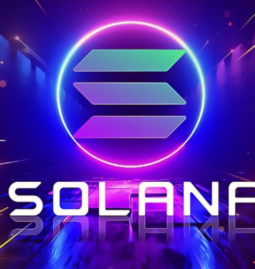 Read More
Solana is a web-scale blockchain that offers fast, procure, scalable, decentralized apps and marketplaces. The system presently backs 50,000 TPS (Transactions per second) and 400ms Block Times. The arching over aim of the Solana software is to present … Read More
Samsung introduced its fourth generation of foldable phones at its yearly Unpacked August event. A new Galaxy Z Flip 4 clamshell phone with a screen that splits in half to fit in your pocket is also available. And …