Jennifer Shrader Lawrence is an actress from the United States. Her films have grossed more than $6 billion globally, making her the highest-paid actress in the world in 2015 and 2016. In 2013, she was named to Time’s list of the 100 most influential people in the world, and from 2013 to 2016, she was named to Forbes’ Celebrity 100 list.

Jennifer Lawrence was found while on vacation with her family in New York City when she was 14 years old. She received roles in films like Winter’s Bone, The Burning Plain, X-Men: First Class, and The Hunger Games after soon landing a position in the TV series The Bill Engvall Show.

She went on to repeat her role as Katniss Everdeen in Catching Fire and the two-part Mockingjay films Lawrence received an Academy Award for her performance in David O. Russell’s Silver Linings Playbook (2012), and then went on to work with him on American Hustle and Joy, winning Golden Globes for all three films.

Who is Jennifer Lawrence?

Her mother taught her to be “tough” like her brothers, and she was forbidden from playing with other girls in kindergarten because she was “too harsh” with them. Lawrence attended Kammerer Middle School in Louisville where he received his education.

Due to her hyperactivity and social anxiety, she had a difficult upbringing and saw herself as an outcast among her peers. Her fears dissipated when she was on stage, and she felt accomplished. Cheerleading, softball, field hockey, and basketball were among her extracurricular interests at school, where she was a member of a boys’ team coached by her father.

Lawrence enjoyed horseback riding as a child and used to go to a local horse farm regularly. As a consequence of being thrown from a horse, she has a broken tailbone.

She used to dress up as a clown or a ballerina for her father when he worked from home. Her first acting job was as a prostitute in a church play based on the Book of Jonah when she was nine years old. She continued to act in church productions and school musicals over the next few years.

Lawrence was 14 years old and on a family holiday in New York City when she was approached on the street by a talent scout, who set up auditions for her with talent agents.

Lawrence’s mother was opposed to her pursuing an acting profession, but she moved her family to New York for a brief period to allow Lawrence to audition for parts. The agents said her first cold reading was the finest they’d ever heard from a child; nevertheless, her mother persuaded her that they were bluffing.

Lawrence described her early experiences as trying since she felt alone and without friends. Her parents agreed to let her audition for opportunities in Los Angeles once she signed with the CESD Talent Agency. Despite her mother’s encouragement, she insisted on pursuing acting, which she saw as a “natural fit” for her abilities, and initially rejected multiple modeling offers.

At the age of 14, she dropped out of school without getting a GED or diploma. She describes herself as “self-educated” and says her career is her first concern. She returned to Louisville, where she worked as an assistant nurse at her mother’s camp, regularly in between her acting roles in the city.

Jennifer Lawrence debuted in the film The Company Town in 2006. She appears in three television shows in 2007, including The Medium, Cold Case, and The Bill Engvall Show. Her film debut was The Garden Party. Jennifer has had an enviable track record of achievement in the film industry since that time in 2008.

Jennifer Lawrence appeared in the films Poker House and The Burning Plain in 2008, in addition to The Garden Party. She starred in Like Crazy, The Beaver, and X-Men: First Class as Sam, Norah, and Raven Darkhölme/Mystique in 2011. She rose to fame and fortune after starring as Katniss Everdeen in The Hunger Games in 2012. Silver Linings Playbook and House at the End of the Street were both released the same year, and she appeared in both.

Jennifer Lawrence appeared in 12 films between 2012 and 2015, including installments in the X-Men and Hunger Games franchises. Joy, in which she played Joy Mangano, a difficult single mother who got wealthy after inventing the Miracle Mop, was not well accepted, despite positive reviews. During the production in Boston, she even quarreled with producer Russell.

Jennifer Lawrence kicked off the year with A Beautiful Planet, a documentary shot from the International Space Station that explores Earth. Mother! (2017), Red Sparrow (2018), and Dark Phoenix are among her six films from 2016 to 2019, and Don’t look up(2021).

From 2011 until 2013, she was in a relationship with her X-Men co-star Nicholas Hoult. She had an on-again, off-again romance with Chris Martin of Coldplay a year later, which terminated in the summer of 2015.

After dating Mother director Darren Aronofsky, the actress admitted in a November 2017 presentation on the Actors on Actors series with Adam Sandler that their relationship ended due to work obligations.

Lawrence and New York art gallery director Cooke Maroney announced their engagement in February 2019. In October of that year, the couple married in Newport, Rhode Island.

The Jennifer Lawrence Foundation was founded by the actress to help mistreated children, those with intellectual disabilities, and others in need of medical treatment.

Jennifer Lawrence married on October 19th, at one of the season’s most star-studded parties. In an ultra-luxurious gown custom-designed by the French fashion label, the 29-year-old Dior ambassador married art gallerist Cooke Maroney at the Belcourt of Newport home in Rhode Island.

Lawrence and Maroney met through mutual acquaintances in mid-2018 and were engaged in February 2019, according to the bride’s publicist. In May, they had their engagement party, and stylists Jill and Jordan shared this photo of Jen’s stunning engagement party gown on Instagram.

“I wasn’t at a position where I was like, “I’m ready to get married….,” Lawrence previously stated about marrying Maroney. Cooke was the first man I met, and I immediately fell in love with him. We both desired to marry. We wanted to give everything we had.”

Jennifer Lawrence and her husband, Cooke Maroney, an art gallery owner, have given birth to their first child. Lawrence’s pregnancy was announced in September 2021 by the pair.

The actress was born in Los Angeles County, according to TMZ. The date of birth and gender of the child, however, has yet to be announced.

Jennifer Lawrence’s Net Worth And Awards

Jennifer Lawrence’s net worth is estimated to be $160 million, according to web sources. She is a well-known American actress, model, and film producer.

Jennifer Lawrence’s net worth is primarily derived from her work as a model and actor. Jennifer Lawrence, for example, was paid $500,000 for the first Hunger Games film, but her pay was significantly enhanced after the film’s tremendous box office success.

Jennifer Lawrence was nominated for an Academy Award for her performance in Winter’s Bone, despite winning an award from the National Board of Review that same year. Lawrence has won eight Teen Choice Awards, six People’s Choice Awards, and 29 Critics Association Awards to date. That’s not all, though!

After Jennifer Aniston and Emma Stone, she has the reputation of being the third highest-paid actress. She was also named one of the 100 Most Influential People by Time Magazine.

Naturally, film directors and producers make certain that the actors or actresses playing the written character match the description. Jennifer Lawrence’s height, weight, and acting skills have garnered her the leading roles in which she has excelled. Knowing her body measurements will be useful.

Jennifer Lawrence, a multi-racial American actress who enjoys basketball and Nachos, has been deaf for a week. Every time she shot the Hunger Games movie, she made this sacrifice. JenLaw, unfazed, continues to serve others by making charitable donations.

She enjoys playing guitar, singing, dancing, traveling, reading, and painting. She owns the Jennifer Lawrence Foundation and is fond of gold and blue. 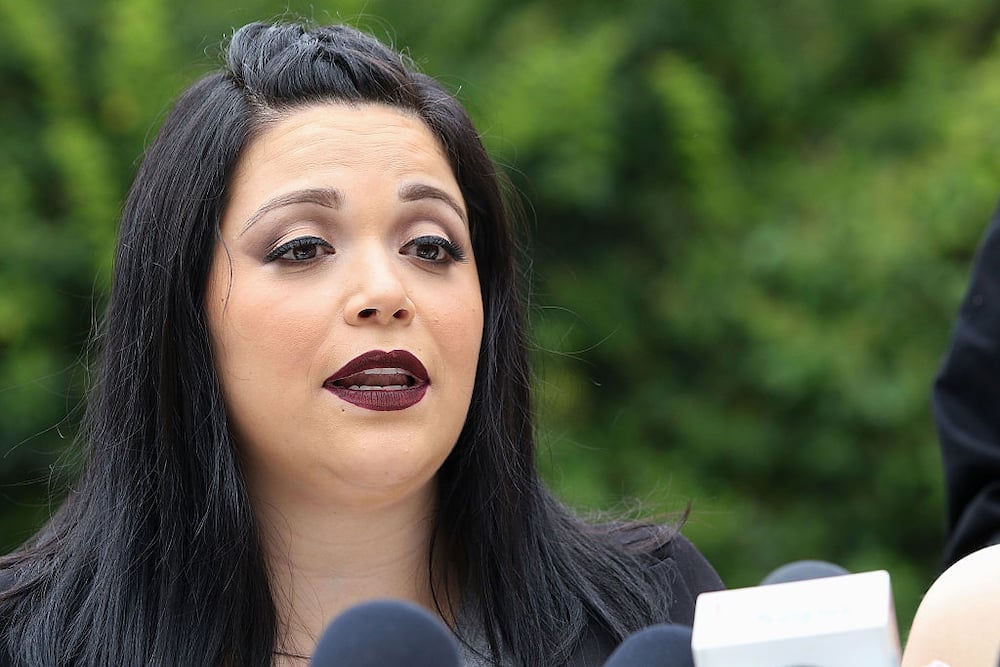