John McAfee was a British-American computer programmer, businessman, and two-time presidential candidate who ran for the Libertarian Party candidacy in 2016 and 2020 but lost both times. He built the first commercial anti-virus software in 1987 and founded McAfee Associates to sell it. In 1994, he quit and sold his remaining stock in the company.

McAfee was born on 18th September 1945 on a U.S. Army installation (of the 596th Ordnance Ammunition Company) in Cinderford, Gloucestershire, England, to an American father, Don McAfee, who was stationed there, and a British mother, Joan McAfee (Williams). McAfee was born and raised in Salem, Virginia. His father was from Roanoke. He stated that he felt equally British and American. His father, whom a BBC commentator described as “an aggressive alcoholic,” murdered himself with a gun when he was 15 years old. He had spent his youth terrified of being beaten by his father at any moment, and he struggled to understand why this was happening to him.

McAfee graduated from Roanoke College in Virginia with a bachelor’s degree in mathematics in 1967 and was later awarded an honorary Doctor of Science degree in 2008. Following his bachelor’s degree, McAfee enrolled at Northeast Louisiana State College to pursue a Ph.D. in mathematics but was dismissed in 1968 due to a relationship with an undergraduate girl who later became his first wife.

McAfee worked at NASA‘s Institute for Space Studies in New York City from 1968 to 1970 after graduating from college. He worked on the application as a programmer. He worked as a software designer for Univac after leaving NASA, and subsequently as an operating system architect at Xerox. When McAfee joined the Computer Sciences Corporation as a software consultant in 1978, he made the switch to consulting. He then worked for the consulting firm Booz Allen Hamilton for two years, from 1980 to 1982.

McAfee started working on building virus-fighting software while working for Lockheed in the 1980s. After getting a copy of the Brain-computer virus, he began developing anti-virus software. McAfee left his employment in 1987 to found McAfee Associates, a computer anti-virus company. The corporation was formed in the state of Delaware a few years later, in 1992. He stayed at the company for another two years before leaving in 1994. Then, two years after McAfee Associates went public, he became dissatisfied with the software industry and sold his whole interest for $100 million.

McAfee Associates merged with Network General to form Network Associates in 1997. Network Associates became McAfee, Inc. seven years later. Intel acquired McAfee Inc. in August 2010. It had its own identity until January 2014, when McAfee-related products were rebranded as Intel Security. McAfee, LLC, a joint company between Intel and TPG Capital, was split off from Intel in 2017.

McAfee lost millions of dollars due to a series of disastrous investments, including a huge bet on Lehman Brothers’ bonds, and was forced to sell real estate and other assets for pennies on the dollar. McAfee, for example, paid $5.7 million for a $25 million Colorado home. He also sold a Hawaii residence, a New Mexico ranch, and a Cessna private plane.

Read More: Who is Jacob Pechenik? Net Worth, Age, Wife, Children and Family

McAfee used to live in Belize’s Orange Walk Town. The Belizean Police Department’s Gang Suppression Unit raided his residence in April 2012. McAfee was arrested by authorities for manufacturing unlawful drugs and possessing an unlicensed weapon, but he was later freed without prosecution.

The Belizean police began investigating McAfee as a person of interest in the death of an American expatriate later that year, in November 2012. On November 11, 2012, Gregory Viant Faull was discovered dead in his Belizean house.

McAfee had been Faull’s neighbor, which is why investigators were interested in looking into his ties to him. After police pursued McAfee for questioning in connection with Faull’s murder, he fled Belize. He sought to seek asylum in Guatemala City, but on December 5, 2012, he was arrested for illegally entering Guatemala. His asylum request was denied while he was detained, and he was forced to wait for deportation in a Guatemalan detention center.

McAfee was eventually released and deported from Guatemala to the United States on December 6, 2012, after suffering two small heart attacks in the holding center, according to ABC News. McAfee later admitted that he staged the heart attacks to purchase time for his lawyer to launch an appeal on his behalf.

Since then, McAfee has had numerous legal encounters. He was arrested in Tennessee in August 2015 for drunk driving and gun possession. Then, in November 2018, a wrongful death case filed against McAfee for Faull’s death in Guatemala was denied by an Orlando Circuit Court. A Grand Jury was constituted in early 2019 to indict him on tax-related allegations. In January 2019, he announced that he was fleeing the United States and living on a boat.

He’s been arrested a few more times since then. His yacht was parked in Puerto Plata, Dominican Republic, when he was detained in July 2019. He was released after four days in custody. He was arrested in Spain in October 2020, after the US Department of Justice demanded his detention for tax evasion.

The Spanish government stated on June 23, 2021, that John would be extradited back to the United States. Later that day, John tragically committed suicide. He was 75.

Read More: The Richest Person In Utah And Their Net Worth

Tax evasion accusations and extradition to the United States

Following the formation of a grand jury to prosecute him, his wife, and four of his 2020 Libertarian Party presidential primary workers on tax evasion accusations, McAfee revealed that he was on the run from US authorities and living on a yacht. The Internal Revenue Service has not confirmed the existence of any such indictment at the time.

John McAfee was detained in Spain on October 5, 2020, at the request of the US Department of Justice for tax evasion. The indictment, which was unsealed after his detention in June, claimed he earned millions of dollars and neglected to file income tax returns from 2014 to 2018.

The Securities and Exchange Commission (SEC) of the United States filed a complaint on October 6 alleging that he and his bodyguard marketed certain initial coin offerings (ICOs) as part of a fraudulent cryptocurrency pump and dump scheme. It says that despite receiving $23 million in digital assets in exchange for promoting the ICOs, he posed himself as an unbiased investor.

The United States Attorney’s Office for the Southern District of New York indicted him and an executive adviser on these counts on March 5, 2021. He is being held in a Spanish jail awaiting extradition to the United States.

The Spanish National Court allowed his extradition to face charges in Tennessee on June 23, 2021; however, John McAfee is believed to have committed suicide shortly after the authorization. A lower Spanish court was still hearing the extradition case from New York.

Who is John McAfee’s Wife? Who is Janice Dyson?

McAfee has had three marriages. While pursuing a doctorate at Northeast Louisiana State College, he met his first wife, who was an undergraduate student at the time.

His expulsion from college followed their affair. Judy, a former American Airlines flight attendant, was his second wife, whom he married in 1987 and divorced in 2002. He was approached by and slept with Janice Dyson, a sex worker 30 years his junior at South Beach, Miami Beach, Florida, the night after he returned to the United States after being deported from Guatemala in December 2012. They started dating and married in 2013. He allegedly saved her from human traffickers, according to her. The couple decided to relocate to Portland, Oregon.

McAfee was discovered dead in his prison cell at the Brians 2 Penitentiary Center near Barcelona on June 23, 2021, just hours after the Spanish National Court ordered his extradition to the United States on criminal accusations brought by the US Department of Justice Tax Division in Tennessee. According to the Catalan Justice Department, “everything indicates him hanging himself.” His suicide was confirmed by an official autopsy. 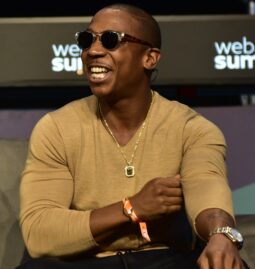 Read More
Ja Rule, real name Jeffrey Bruce Atkins, is an actor and entrepreneur, but he is best known for being a successful rapper in the late 1990s and early 2000s who released platinum hits with artists like Missy Elliot …