Who Is John Travolta Dating?

John Travolta is currently single as of 2022. In the 1976 movie Boy in the plastic bottle, starring John Travolta, he first met the love of his life. In a brief time, Diana Hyland and John Travolta developed a deeper bond. Unfortunately, Diana Hyland lost her life suddenly to breast cancer the next year after they began dating and decided to get married. Since that time, John Travolta has not been in a committed relationship.

Before meeting Kelly Preston in 1990, he had no interest in getting married or sharing a committed relationship.

They began dating and got hitched in 1991. They remained in love with one another for a very long time. They were both blissfully married, but once more, fate intervened to ruin their joy. In 2020, Kelly Preston also passed away from breast cancer. He has not been in a relationship serious or platonic since Kelly Preston’s death.

It’s very obvious that Travolta is still in mourning over the passing of his wife and children’s mother. The Look Who’s Talking actor said,  “I learned that mourning someone, dealing with grief is something very personal,”  “Mourning is individual, and experiencing your own journey is what can lead you to heal. Your grief is different from another person’s journey.”

On his Instagram, he regularly shares touching tributes to the late actress, such as a recent Mother’s Day video with the remark, “We love and miss you Kelly, Happy Mother’s Day.”

Travolta took a break from acting following Preston’s passing to devote himself to his two children, who are now 22 and 11 years old. The Academy Award nominee, however, appears to have lately re-entered the filmmaking industry. The criminal drama Paradise City, which also stars Travolta’s Pulp Fiction co-star Bruce Willis, and the thriller American Metal are both now in post-production, according to IMDB.

Travolta was the youngest of six children and was born on February 18, 1954. Before becoming a high school teacher, his mother, Helen Cecilia, was a successful actress and singer who was a member of the radio vocal group The Sunshine Sisters. Salvatore, his father, was a former semi-pro American football player who now sells tires.

Travolta relocated to New York City after quitting high school at the age of 17 in 1971 and landed a part in the Broadway production of Over Here!

as well as in the Grease touring cast. He moved to Los Angeles shortly after that to advance his profession. His first notable screen appearance after moving to California was in the 1976 horror movie Carrie. Additionally, he was cast as Vinnie Barbarino in the ABC sitcom Welcome Back Kotter.

Travolta saw a tremendous deal of success both on and off the screen throughout the following several years, from the 1970s through to the early 1980s. In July 1976, his breakthrough song “Let Her In” peaked at number 10 on the Billboard Hot 100 chart.

Additionally, he appeared in a number of movies, with the most notable ones being Saturday Night Fever (1977), Grease (1978), and Urban Cowboy (1980). At the age of 24, Travolta became one of the youngest actors to ever gain this degree of attention when he was nominated for an Academy Award for Best Actor for his performance in Saturday Night Fever.

His career suffered in the 1980s as a result of a string of failures following the success he experienced in the 1970s. While the 1983 sequel to Saturday Night Fever, Staying Alive, was a business success, grossing over $65 million, critics weren’t impressed. His films Two of a Kind (1983) and Perfect (1985) were both commercial and critical flops.

Despite these difficulties, Travolta made a remarkable comeback in 1989 with Look Who’s Talking, his second-highest-grossing movie after Grease, which brought in $297 million. With his Academy Award-nominated performance in Quentin Tarantino’s Pulp Fiction, he established and solidified his resurrected A-list reputation. The 1990s were successful for Travolta due to a surge in movie offers. He starred in a number of noteworthy movies during that time, including Get Shorty (1995), Face/Off (1997), and A Civil Action(1998).

Travolta also attempted novel initiatives around this time, diverging from his earlier, more conventional acting roles. He also pursued a pet project of his in 2000, when he both starred in and co-produced the science fiction film Battlefield Earth. He voiced the title character for the animated film Bolt in 2008, provided voiceovers for the 2005 documentary film Magnificent Desolation: Walking on the Moon 3D and voiced several characters in other works.

The movie is based on L. Frank Baum’s book of the same name. Since the book’s initial publication in 1982, when Ron Hubbard personally wrote to Travolta to ask for aid in developing a cinematic adaptation of the book, it has been one of Travolta’s dream projects.

Since 2010, the majority of Travolta’s acting roles have been in action and thriller movies. His works from this time period include In a Valley of Violence (2013), Killing Season (2013), and Savages (2012). (2016). Additionally, he has kept up his production work, acting in and serving as executive producer for the movies Gotti (2018) and Criminal Activities (2015).

In 1991, Travolta wed actress Kelly Preston, and the two went on to have three kids. On January 2, 2009, Jett, their oldest child, died in the Bahamas while on vacation at the age of 16. An epileptic episode was given as the official cause of death. Travolta has acknowledged that his son experienced regular seizures in addition to autism. Travolta founded the Jett Travolta Foundation, which is devoted to helping kids with special needs, in honor of his son.

Kelly Preston tragically passed away on July 12, 2020, at the age of 57, following a battle with breast cancer.

Despite coming from a Catholic household, Travolta joined the Church of Scientology in 1975 and has continued to do so ever since. He attributes the support he received from Scientology and his immediate family for helping him deal with the loss of his son.

A male masseur who wishes to remain unnamed sued Travolta in May 2012, alleging abuse and sexual assault. The charges were “total fiction and fabrication,” according to a lawyer for Travolta. Additionally, Travolta’s attorney suggested that his client would be able to demonstrate that he was not in California on a relevant day and claimed that after the case was dismissed, Travolta would “sue the attorney and Plaintiff for malicious prosecution.” Later, a second masseuse filed a lawsuit with comparable allegations. Following the complainants’ withdrawal, both claims were dismissed without prejudice.

On September 27, 2012, Los Angeles Superior Court Judge Malcolm Mackey dismissed a defamation lawsuit brought by author Robert Randolph against actor John Travolta and his lawyer Marty Singer because he determined that a letter written by Singer in response to claims made in Randolph’s book was protected by free speech.

The Travoltas invested $3.5 million in a 2.35-acre house in LA’s Brentwood district in 1993. The property has a main house with an area of 8,100 square feet, 7 bedrooms, 8 bathrooms, a tennis court, a playground, and a sizable pool. They sold the house to Scooter Braun, a mega-producer/manager who lives next door, for $18 million in January 2020. The parcel next door was bought by Braun and his wife Yael Cohen for $13.1 million in 2014. In Calabasas, John and Kelly live in a $2.65 million house they bought in September 2019. 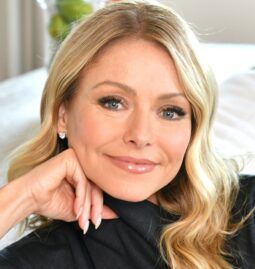 Read More
Apollo Bowie-Flynn Rossdale, who was born on February 28, 2014, in California, comes from a famous family. He is Gwen Stefani and Gavin Rossdale’s third child. The two middle names of Bowie and Flynn have special significance because …