Jojo Siwa popularly known as Joelle Joanie Siwa, is an American dancer, actor, singer, and social media sensation. She was the youngest competitor in the second season of Abby’s Ultimate Dance Competition, and she rose to fame after participating in the fifth and sixth seasons of the Dance Moms reality series.

As a guest performer, she has also performed in skits for Nickelodeon’s Not-So-Valentine Special. Boomerang, her debut song, became a YouTube sensation and earned her the prestigious RIAA: Gold award. Her music is incredibly empowering and outspoken against cyberbullying.

She is a successful entrepreneur as well and sells her goods and accessories in brick-and-mortar shops as well as online. With the help of iReach/Amulet Books, Jojo Siwa acquired a book contract and had JoJo’s Guide to Sweet Life published. Her book describes how she overcame the negativity on social media and maintained an optimistic outlook on life. A York Times bestseller was made out of the book.

Who is Jojo Siwa?

On May 19, 2003, Joelle Joanie Siwa was born in Omaha, Nebraska, to dance instructor Jessalyn and chiropractor Tom Siwa. Jayden is her older brother.

One of Siwa’s first big hits was the 2016 song “Boomerang,” in which she speaks about cyberbullying and the strength to rise above negativity.

A few months later, the candy queen stepped up the tempo with “Hold the Drama,” another pop song that encourages listeners to live their best lives and ignore the naysayers. It features sparkle, lively dancing moves, and the candy queen’s trademark huge, vivid bows.

D.R.E.A.M. The Music (2018) and Celebrate are Siwa’s two EPs that came after (2019). In May 2019, she began her tour, D.R.E.A.M. The social media star revealed she has been infatuated with bows since preschool, and as she’s gotten older, they have only become bigger and bigger. She continued by saying that bows represent “strength, confidence, believing-ness” for her.

Siwa, of course, turned her love for bows into a company and introduced her own brand. Young schoolgirls have taken such a liking to her bows that it has reportedly caused disruptions in the classroom and prompted rival companies to produce less priced, identical models.

Siwa began making appearances on children’s television programs including Bizaardvark, The Thundermans, and School of Rock after her early reality TV career. After being signed by Nickelodeon, she started hosting Lip Sync Battle Shorties alongside Nick Cannon.

The next year, Siwa had her acting debut in Nickelodeon’s Blurt, and she and her cherished Teacup Yorkie were given the animated treatment in The JoJo & BowBow Show Show.

The next year, Siwa had her acting debut in Nickelodeon’s Blurt, and she and her cherished Teacup Yorkie were given the animated treatment in The JoJo & BowBow Show Show. After landing a voice part in The Angry Birds Movie 2 in 2019, she made an appearance as T-Rex on the TV talent competition series The Masked Singer in early 2020. The Masked Singer’s third season featured Siwa as “T-Rex,” although she was ultimately ousted in the ninth episode.

The entertainer, who first gained notoriety on YouTube with the channel JoJo Siwa Vlogs, later divided her presence there into two channels: JoJo Siwa Music and Its JoJo Siwa. The latter channel features clips from her daily life, such as one in which she lets a two-year-old cut her hair and another in which she makes a slime factory at home with the help of arts and crafts.

According to reports, Siwa is the only one who comes up with the ideas for her films; her mother, who also serves as her manager, helps out by chauffeuring her around town to buy supplies. Regarding making her vlogs, Siwa told USA TODAY, “It’s really fun for me. It’s like going to the park in my opinion.

From August to November 2020, Siwa was dating TikTok celebrity, Mark Bontempo. In January 2021, Siwa publicly declared that she was a member of the LGBTQ+ community. When a fan enquired as to her label, Siwa responded that she “doesn’t really know this answer” and does not categorize her sexuality.

Siwa disclosed her relationship with her best friend Kylie Prew in February 2021. Kylie had proposed to Siwa a month earlier. In a later interview, she said, “Technically I would say that I am pansexual, because that’s how I have always been my whole life is just like, my human is my human.”

Read more on: Shakira: What To Know About Her Career, Net Worth And Relationship Status

She received a nomination for “Dancers Choice Awards Favorite Dancer 17 & Under” at the 2015 Industry Dance Awards. For her role in Dance Moms, she won the Reality Television Awards – Most Heartfelt Moment in 2016. For her preferred viral music artist in 2017, she received the Nickelodeon Kids Choice Award.

A well-known social media star is JoJo Siwa. On her Its JoJo Siwa YouTube account, where she publishes comedic sketches, Q&As, challenges, and other entertaining videos, she has over 6.4 million subscribers.

JoJo Siwa is made fun of for having a net worth that is thought to be between $15 million and $20 million. She makes a lot of money via her YouTube channel, which is thought to be her main source of revenue. 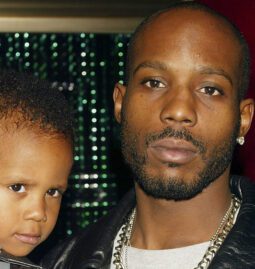