Although it hurts when it does, it is a fact of life. Humans misplace things. keys, wallets, phones, bags, scarves, and pants. Anything you can think of, we’ve probably lost. And it applies to both inside and outside the house.

According to research, the average person in the UK spends 110 days of their life frantically looking for lost objects. Tech companies have been creating Bluetooth item trackers of all types and sizes in an effort to address this age-old issue and reunite us with our misplaced possessions. It might be argued that American company Tile was where it all began in 2013.

For many years, Tile was the only company making key finders, but since then, third-party rivals like Chipolo and, most recently, Samsung and Apple, have entered the market. The latter two have already started pushing Tile off the podium even though they are still relatively new to the market.

If you use Android or iOS, the Tile pro is the brand’s most expensive item tracker and a great option. And it’s only gotten better with the 2022 upgrade. It has abandoned its previous squared-off appearance in favor of a more streamlined shape resembling a car key fob.

The metal keyring hole is still present but has been repositioned to the center for a simpler key attachment. As a result, it now rests flush rather than protruding at an angle. Using the Tile app makes setup quite easy.

It is one of the loudest key finders we’ve tested and has the largest range of any tracker on this list, pinging your item from up to 122m away.

This little guy was pinging away on the other side of the house, and we could hear him. We don’t mind that it’s a touch heavier than some other key finders if that’s because it has to make room for a louder speaker.

Additionally, it is IP67 waterproof, so your Tile will be unharmed if you unintentionally drop your keys into a swimming pool. Unfortunately, the Tile pro lacks ultra-wideband technology, therefore precision finding is not possible like with the AirTag or Samsung Galaxy smarttag+.

It functions in two ways, just like every other Tile. Have keys gone missing? Ask Google Assistant or ping it through the app on your phone. Have your keys but lost your phone? If your phone is within range, double-pressing the Tile Pro’s side button will cause it to ring.

Simply open the app and configure it to send you a notification whenever a Tile user comes into contact with your item if your keys are out of range and missing. The rear of the new 2022 Tile pro is also imprinted with a QR code, allowing anyone who finds your Tile to quickly access your contact information by scanning the code.

An optional premium subscription to Tile is available for £29.99 per year or £2.99 per month. You get access to free battery replacements and smart notifications (so you’re alerted if you leave your item behind).

Read More On: What Are PopSockets? 8 Reasons Why You Should Consider Buying One

The AirTag epitomizes an Apple product. It’s a tiny stainless steel disc measuring 32mm in diameter that is enclosed in a white casing. Apple’s emblem sits on the top, and you can add an emoji or your initials to the back. Despite the fact that the metal is somewhat susceptible to scratches, it is lovely and compact and doesn’t really stick out when attached to your items.

Unfortunately, the AirTag doesn’t have a keyring hole, so you’ll need to purchase an AirTag attachment, which can significantly increase the cost. But due to its usage of ultra-wideband technology, it really excels as an item tracker when it comes to physically locating your belongings (UWB).

You receive incredibly exact turn-by-turn directions to your device in an augmented reality setting because of UWB’s superior precision over Bluetooth. The UWB augmented-reality experience does help in that area, but it doesn’t have the loudest speakers and we were a little annoyed that it only chirps three times before we had to ping it again.

Other nearby Apple devices will start pinging your missing item when it is out of range, providing you with ongoing information on its whereabouts. Considering how many Apple devices there are in the world, that is one major edge over its rivals.

A handy NFC feature is also included, allowing anyone who finds your lost item and touches their phone against your AirTag to view your contact information.

With the addition of “left-behind” alerts in iOS 15, AirTags may now notify you if you leave the bar with your keys remaining on the table.

The Chipolo one spot is the key finder for you if you’re looking for a somewhat less expensive alternative to the AirTag, which does away with most of Apple’s nitpicks. Given that it integrates with the Apple Find My app, it is a little odd.

The Chipolo tracker, which has a smaller user base than the AirTag but is considerably more useful, will alert you if your lost item comes into contact with an Apple device because it has access to the complete network of Apple products.

While the one spot lacks the AirTag’s cool augmented reality precise finding capability, it does have a keyring hole, saving you the trouble of going out and purchasing accessories.

The speaker is also noticeably louder than that of its Apple counterpart. Similar to the AirTag, it allows you to ping it from the Find My app and track it on a map.

Unfortunately, it just has water resistance, making it unlikely to withstand a swim in the pool, but it still has one-year battery life. The battery is a little more difficult to remove than the one in the AirTag, so be forewarned.

Although it doesn’t look as good as the AirTag, it is more durable and less likely to get scratched. It’s an excellent substitute for the Apple device. One location, however, won’t function with the Chipolo app, so if you use an Android device or want a key finder that functions with both Apple and Android devices, take a look at the basic Chipolo one tracker below.

Read More On: 12 Things iOS 16 Allows You to Do That You Couldn’t Before

Samsung, in typical Samsung fashion, had already outdone its opponent before the release of the AirTag and its clever precision-finding capability.

The size of the Galaxy smarttag+ is roughly double that of the AirTag, and it has a square shape with a bulge in the middle. Although it doesn’t have the same aesthetic appeal as the AirTag, it does have a little keychain hole in the corner that makes it simple to connect to your keys.

In the event that you misplace your phone but still have your smarttag+, you will be able to play an alarm on your phone by pushing a button thanks to the innovative augmented reality environment and Tile’s incredibly helpful reverse ring button. You may choose from 10 different ringtones and change the speaker level on the Smarttag+.

The SmartThings app makes finding your belongings really simple by switching to augmented reality as you approach. When out of range, it crowdsources its location from other Galaxy devices, just like other Bluetooth trackers do.

However, it also features automation, which is a game-changing feature that has nothing to do with finding stuff. By holding down the button on the smarttag+, you can activate automation, such as starting your connected coffee maker.

Strangely, Samsung claims that the battery would only last five months while using the same coin cell battery as the Tile Pro and Apple AirTag. Additionally, it is not as waterproof as its two main competitors.

The Tile mate is the most widely used key finder offered by the business, and this is mostly due to the fact that it is the most cost-effective of the four alternatives. The key finder is still one of the best on the market despite the device’s most recent update, which makes little changes and adds a few more features.

While it still has the same squared-off shape as all the other models and the convenient keychain hole in the corner, it is now a little bit thicker. And, of course, it now has a QR code engraved on the reverse, so anyone can scan it and assist in returning your item to you if they come across it – a commendable concession for the absence of NFC connectivity.

The reverse locating button, which lets you ring your phone if you can’t find your keys inside your house, is located on the opposite side of the key finder and continues to function flawlessly as it always has.

The mate’s range has also been extended. Up to 76 meters away from the tracker, which is 15 meters farther than in the previous edition, you can now detect it. The speaker was louder than the AirTag and Galaxy smarttag+, so we could hear it from the other side of the room, even though it still isn’t as loud as the pro.

This tracker is for you if you simply want a basic key finder that won’t break the cash. The new buddy now has an IP67 waterproof designation, but regrettably, the battery is no longer replaceable, so you’ll need to replace the entire device after three years.

Read More On: The Advantages of a Thunderbolt Dock And 5 Best To Buy

How to pick the ideal key finder for your needs

When looking for a key finder, have the following characteristics in mind. 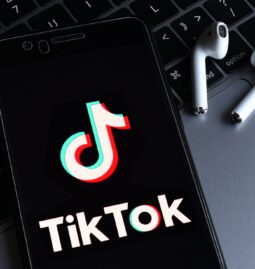 Read More
Business on TikTok is a keen mode to get your brand noticed by new views. TikTok users are extremely involved, love sharing content, and login into their TikTok account often time a day. Businesses can flaunt their inventive … Read More
CES is the world’s most prominent technology event, serving as a testing ground for new technologies and worldwide innovators. This is where the world’s most well-known brands conduct business and meet new partners, as well as the brightest …