Khloe Alexandra Kardashian popularly known as Khloe Kardashian is a socialite, model, television personality, and businesswoman from the United States. Her claim to fame was her participation in the reality television drama series “Keeping Up with the Kardashians,” which included her mother, siblings, and other family members. Khloe and her sisters became well-known in the United States as a result of the show’s success and its spin-offs.

In addition, she made an appearance on a reality program with her ex-husband, NBA basketball player Lamar Odom, whom she later divorced. When she was young, her parents got divorced, and when she was 18, her father passed away. She became closer to her mother as a result of this. Her mother had raised numerous biological and stepchildren from both of her marriages.

Their reality program, which featured their individual personalities, romantic relationships, arguments, and professional careers, adopted this as its theme. Lamar Odom and Khloe have their own unisex fragrance on the market. She opened a business with a clothesline and jewelry along with her siblings.

Khloe has also promoted a company that sells eco-friendly goods and hosted a number of chat shows. She also has a brand of cosmetics, and she and her sisters have published two novels. Khloe now has a sizable fan base on social media sites like Instagram and Twitter. Khloé Alexandra Kardashian was born on June 27, 1984, to parents Robert and Kris Kardashian in Los Angeles, California. O.J. Simpson was represented by renowned lawyer Robert Kardashian during his widely reported murder trial. Kim and Kourtney are Khloé’s two older sisters, and Rob is her younger brother.

Khloé’s parents separated in 1989. Bruce Jenner, an Olympic gold winner, and her mother Kris remarried in 1991. Burt, Casey, Brandon, and Brody Jenner are Khloé’s four stepbrothers as a result of the marriage. Kendall and Kylie, Khloé’s younger half-sisters, were born to Kris and Bruce together, along with two other daughters.

At the age of 18, Khloé experienced a tragic loss when she learned that her father, Robert, had passed away from esophageal cancer just two months after being diagnosed.

In 2007, “Keeping Up with the Kardashians” premiered as a reality program. Khloe appears in it alongside her mother, brothers, and stepfather Bruce. The program was a huge hit and inspired the similarly popular spin-offs “Kourtney and Khloe Take Miami” and “Khloe & Lamar.”

The Kardashian family members’ love lives, domestic disputes, and career goals were all tracked in the reality shows. Khloe gained a following among viewers thanks to the show’s reputation for her sharp wit and frank honesty. Her accomplishment led to an invitation to the “Celebrity Apprentice” competition in 2009, where she placed tenth.

In Miami, Khloe and her sisters established the “D-A-S-H” network of boutiques as a part of the family business. They also launched the apparel and jewelry company “Bebe,” and later on the QVC teleshopping network, they launched another clothing line called “K-Dash.”

She participated in the PETA ad “I’d Rather Go Naked Than Wear Fur” around this time, and she also collaborated with the Natural Products Association to launch the “Idol White” teeth-whitening pen. Additionally, she promoted a fake tan dubbed “Glamour Tan.”

In 2009, Khloe Kardashian began hosting a weekly discussion show on Miami’s “Top 40 Mainstream” radio station, “WHYI.” In the ‘90210’ drama series’ third season premiere, she and her sister Kourtney both made brief cameos. She was spotted making another cameo in “Kourtney and Kim Take New York” in 2011.

In 2010, Khloe and her siblings published their book “Kardashian Konfidential,” which helped them gain notoriety. The Kardashian family drama is the subject of the book. It also includes advice on how to live a meaningful life, along with a ton of glossy pictures.

They published a book the following year called “Dollhouse,” which is about becoming famous as a child. Along with her then-husband Odom, she also promoted the unisex fragrances “Unbreakable” and “Unbreakable Joy.”

She debuted an hour-long, commercial-free radio program called “The Mix Up with Khloe Kardashian Odom” in 2012. Due to the success of the program, Kardashian and Mario Lopez were given the opportunity to co-host the second season of the American version of “X Factor.”

Another Keeping Up with the Kardashians spinoff, “Kourtney & Khloe Take the Hamptons,” was released in 2014. The discussion show “Kocktails with Khloe,” hosted by Khloe, came after that. In December 2018, Khloe Kardashian took part in a corn test using the brand’s electric toothbrush after being named the spokesperson for “Burst Oral Care.”

The new season of the Investigation Discovery program Twisted Sisters, which will feature 10 hour-long episodes about sisters who turned on one another, will feature Kardashian as an executive producer, according to a statement she made in August 2019. For Kim’s fragrance line KKW Fragrance, Kardashian collaborated with her sisters Kourtney and Kim to develop three new perfumes one for each sister in November 2019.

Khloé’s Pink Diamond, Kourtney’s Yellow Diamond, and Kim’s Pure Diamond are all included in the collection. She, Kim, and Kourtney independently inspired and created each fragrance. She was named the co-owner and brand ambassador of Kiwi collagen supplement firm Dose & Co. in October 2020.

The inaugural competition for Candy Crush Saga was held in September 2021, thanks to Khloe Kardashian. The competition took place within the app from September 23 to October 7.

Read more on: Wolf Webster: What To Know About Kylie Jenner And Travis Scott’s Son

In 2009, Khloé definitely experienced a lot of events. She married NBA player Lamar Odom on September 27 of that same year, exactly a month after they started dating. The couple’s marriage swiftly gave rise to its own reality show, aptly yet simply titled Khloé and Lamar, which was featured on Keeping Up with the Kardashians.

The broadcast included discussions about the couple’s desire and struggles to have children along with other families and sports-related issues. Khloé addressed speculations that she and Lamar intended to halt filming their program because the NBA disapproved in 2011 by saying that they will continue. Actually, since the couple started dating, Odom’s metrics had gotten better. In 2012, the show’s last episode was shown.

The connection between Kardashian and Odom was the subject of rumors starting in August 2013. Other claims of drug addiction also started to emerge after TMZ published reports of infidelity.

It was reported shortly after that Kardashian had reported Odom missing by several media publications. Lamar’s whereabouts and whereabouts were made public after 72 hours by an unknown source via ESPN, although it was also confirmed in the statement that Odom was receiving assistance from friends for a persistent drug misuse issue.

On August 30, 2013, Odom was detained on suspicion of impaired driving. The troubled athlete entered treatment after being arrested at Kardashian’s urging, but after spending a little more than 24 hours there, he fled.

Later that year, Kardashian and Lamar officially divorced. She began dating other individuals, such as French Montana, a rapper, and James Harden, a basketball player, but she continued to worry about her spouse as he struggled with personal issues.

When Lamar was discovered unconscious at a Nevada brothel in October 2015, Kardashian and Odom had not yet finalized their divorce. Even though they had been apart for a while, Kardashian hurried to the hospital where Odom was brought and made decisions regarding his care.

Lamar left the hospital in January 2016 and started to concentrate on his recuperation. In October 2016, the estranged couple made their divorce final.

Tristan Thompson, an NBA player, and Khloe Kardashian have been dating since July 2016. After several weeks of rumors, the reality TV actress revealed she was expecting on Instagram in December 2017. Shortly after, she tweeted again, writing: “I was so nervous to post our announcement but WOWWW I am overwhelmed with the response by you guys!!! Thank you! Thank you!” she wrote.

Khloé would be having a daughter, it was confirmed in the season finale of Keeping Up with the Kardashians in March 2018. Footage of a number of situations in which Thompson was seen being intimate with other women in nightclubs emerged just before she was set to give birth.

The basketball player remained by Khloé’s side when she gave birth to their daughter, True Thompson, early on April 12 in a hospital near Cleveland, Ohio, despite what appeared to be evidence of his infidelity. It was revealed in February of the following year that Khloé and Thompson had broken up after he admitted having an extramarital affair with Jordyn Woods, Kylie’s best friend.

Kardashian sustained a severe brain injury in a vehicle accident in 2001. She crashed through the windshield, suffering a serious concussion that left her with long-term memory loss. Kardashian has suffered from migraines since she was in sixth grade. She then became a spokesman for the migraine medication Nurtec ODT, which she claims has benefited her.

Kardashian shared a video on social media on October 28, 2020, saying that she had been given the COVID-19 diagnosis. She remarked in the video, “I get migraines, but this was the craziest pain.”  Kardashian revealed on October 29, 2021, that both she and her three-year-old daughter True have tested positive for COVID-19. In a tweet, Kardashian stated: “True and I tested positive for Covid. I’ve had to cancel several commitments and I’m sorry I won’t be able to make those happen. Luckily I have been vaccinated so all will be ok.”

Khloe’s $60 million net worth is mostly the result of the money she earns through reality television, sponsorship deals, and her own businesses. 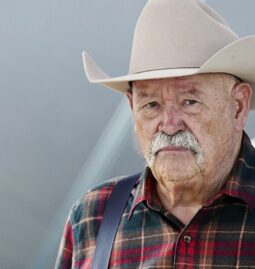 Read More
Assume who’s on Brian Flores’ side as he takes on the NFL in court? Brian Flores’s wife, to be exact. She has demonstrated unwavering support for her husband’s career time and time again, so it should come as …