Kristen Carroll Wiig, an American actress, comedian, screenwriter, and producer, was born on August 22, 1973. She was raised in Lancaster, Pennsylvania, and Rochester, New York. She was born in Canandaigua, New York. She relocated to Los Angeles, where she became a member of the Groundlings improv comedy group and made her television debut as Dr. Pat on The Joe Schmo Show (2003).

Kristen Wiig was born in Canandaigua, New York, the daughter of Laurie (née Johnston), an artist, and Jon Wiig, who managed a lake marina in Western New York Erik is her older brother. Her mother is English and Scottish, while her father is of Norwegian and Irish origin. The Norwegian region of Vik in Sogn og Fjordane is where the word Wiig originates. Gunnar Wiig, Kristen’s paternal grandfather, immigrated to the United States as a young child from Norway. He grew up in Rochester, New York, where he was a skilled baseball announcer for the Rochester Red Wings and later worked as an executive at WHEC radio, WHEC-TV, and WROC-TV.

At the age of three, Kristen Wiig’s family relocated to Lancaster, Pennsylvania, where she later attended Manheim Township Middle School and Nitrauer Elementary School through the eighth grade. She and her family moved back to Rochester when she was 13 years old, where she finished high school at Brighton High School after attending Allendale Columbia School for her ninth and tenth grades.

While attending Roanoke College, Kristen Wiig quickly moved back to Rochester. She completed a three-month program in outdoor living in addition to community college. She wasn’t interested in performing at the moment. Later, Kristen Wiig majored in art while attending the University of Arizona. She took an acting class to fulfill a prerequisite for the course, and the instructor advised her to keep performing. The day before the project started, she decided to relocate to Los Angeles to pursue an acting career. She had been employed by a plastic surgery clinic to illustrate postoperative bodies.

Kristen Wiig moved to Los Angeles to pursue acting while supporting herself by taking on odd jobs. She performed with The Groundlings and Empty Stage Comedy Theatre. She believed that improv was more appropriate than acting and that joining the comedy group helped her develop her abilities. She portrayed Dr. Pat, a quack marriage counselor, in the reality television parody The Joe Schmo Show on Spike TV in 2003.

She gave a Mad TV audition. Wiig’s management pushed her to send a tape of her audition to Saturday Night Live while she was performing at The Groundlings. On a portion of her audition tape, she played the Target Lady. On November 12, 2005, early in the 31st season, she made her SNL debut. At the start of SNL’s 32nd season in 2006, she made it through a budget cut and joined the cast in its entirety.

For her role on SNL, she received four Primetime Emmy nominations for Outstanding Supporting Actress in a Comedy Series (2009 to 2012). The 2009 Christmas special SNL Presents A Very Gilly Christmas, which featured new sketches with Kristen Wiig as Gilly and highlights of earlier SNL episodes, featured Wiig as the show’s host. For her numerous impersonations on Saturday Night Live, she was included in Entertainment Weekly’s list of 15 Great Performances (December 2008), as well as their list of the 25 Funniest Women in Hollywood (April 2009). From 2011 until 2014, she provided the voice of Lola Bunny in the TV show The Looney Tunes Show.

Kristen Wiig made her acting debut in the 2006 holiday picture Unaccompanied Minors. She later played a passive-aggressive assistant in Judd Apatow’s 2007 comedy Knocked Up. She appeared in Walk Hard, another Apatow-produced movie, as well. She played supporting roles in several studio comedies between 2008 and 2010, all of which were to varying degrees successful. She reconnected with SNL veteran Will Ferrell when she appeared as Bear Trainer Girl in the 2008 comedy Semi-Pro. She portrayed a self-absorbed surgeon in David Koepp’s Ghost Town and a yoga instructor in Forgetting Sarah Marshall.

In addition to playing a roller derby competitor in Whip It, directed by Drew Barrymore, Kristen Wiig also co-starred in Greg Mottola’s 2009 coming-of-age comedy Adventureland, voiced a beaver mother in the animated adventure movie Ice Age: Dawn of the Dinosaurs, and portrayed the wife of a flavoring-extracts company owner in Mike Judge’s Extract. She appeared briefly in Andrew Jarecki’s 2010 thriller All Good Things, co-starred in MacGruber with Ryan Phillippe and Will Forte, and provided the voices for two high-profile animated films, Despicable Me and How to Train Your Dragon, which launched two wildly successful movie franchises.

A major shift in Wiig’s career occurred in 2011. She co-wrote the comedy Bridesmaids with fellow Groundling Annie Mumolo, and Universal Pictures released it that spring to favorable reviews. It earned US$167 million in North America and US$280 million globally. She played a single woman who experienced a string of bad luck after being asked to be her best friend’s maid of honor in the movie’s lead role.

Wiig was nominated for the Academy Award for Best Original Screenplay and the Golden Globe Award for Best Actress – Motion Picture Comedy or Musical for her performance in the movie. Her most recent movie from 2011 was the romantic comedy Friends with Kids, in which she starred with Bridemaids co-star Maya Rudolph as one half of a sex-obsessed couple.

Kristen Wiig was a well-known actor in Hollywood in the 2010s, appearing in both main and supporting parts. Her first film of 2012 was the underappreciated dramedy Revenge for Jolly!, which had its world premiere at the Tribeca Film Festival. She co-starred with Annette Bening in the comedy Girl Most Likely as a playwright who fakes her own death to win back her ex, only to end up in the care of her gambling-addicted mother. Based on 85 reviews, Rotten Tomatoes gave it a 20% rating, with the consensus reading: “Largely witless and disappointingly dull, Girl Most Likely strands the gifted Kristen Wiig in a blandly hollow foray into scattershot sitcom territory.”

Season 37, episode 22 of Saturday Night Live, which aired on May 19, 2012, and was hosted by Mick Jagger, including her final appearance as a cast member. She was joined by former SNL cast members Steve Martin, Jon Hamm, Chris Kattan, Chris Parnell, Will Forte, and Rachel Dratch for the final celebration of her stint on the program. Since then, she has repeatedly come back to host the show.

Kristen Wiig voiced Sexy Kitten in the critically acclaimed sci-fi romantic comedy Her as well as Despicable Me 2, which was released in June 2013. (2013). In the 2013 adventure comedy The Secret Life of Walter Mitty, which also starred Ben Stiller and Sean Penn, she played the love interest and coworker of the title character. The film received mixed reviews but was a minor commercial success.

Alongside Ben Stiller and Will Ferrell, Wiig played a villain and the “Queen of Haute Couture” in the 2016 comedy Zoolander 2. She disclosed that she spent about eight hours per day applying and removing her look in order to get the outlandish appearance of her character. Zoolander 2 was a box office and critical flop.

Kristen Wiig played a writer who teams up with other paranormal enthusiasts to stop an extraterrestrial menace in the much-maligned all-female reboot Ghostbusters (also 2016), which had a budget of over US$140 million but grossed US$229 million. She also played a woman plotting a robbery in Masterminds and provided the voice of a hot dog bun in the animated comedy Sausage Party in 2016.

In addition to lending her voice to Despicable Me 3 in 2017, Wiig also made appearances in Darren Aronofsky’s Mother! (her first horror movie) and Downsizing, reuniting with Damon. She had been set to star in and executive produce a brand-new, untitled 30-minute comedy series for Apple and Reese Witherspoon’s Hello Sunshine, but she later dropped out of the project.

She next portrayed the antagonist Cheetah in Wonder Woman 1984, which was released in 2020. She also co-wrote and co-starred in the well-reviewed 2021 comedy Barb and Star Go to Vista Del Mar with Annie Mumolo, and she also as Aunt Carlotta in the Netflix film A Boy Called Christmas.

In 2016, Wiig started dating actor Avi Rothman. In 2019, they got engaged. In addition to writing and acting, Rothman attended The Groundlings. Wiig and Rothman had twins through surrogacy in 2020. 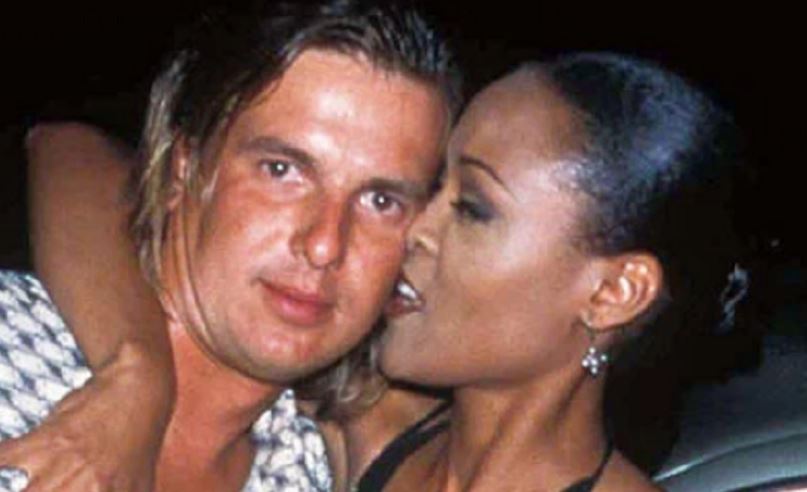 Read More
Robin Givens and Svetozar Marinkovic career benefitted from their seven minutes marriage. The reason for the breakup is not widely known. In this article, we will shed some light on their relationship. Robin Givens early life and career …