Manny Montana is the California-born American actor who played the role of Rio in the recently canceled NBC series Good Girls. Rio was a sweetheart on the show, and he was loved by many, ladies especially. Montana started his career by playing support roles in various TV shows; he gained recognition when he played Johnny Tuturro in Graceland, released in 2015, then landed a significant role in the Good Girls series, which aired between 2018 and 2021. This article tells you as many interesting facts as you can think of about Manny Montana.

Manny Montana is a 38-year-old talented American actor, six feet and one inch tall. He was born in Long Beach, California, on September 26, 1983. Montana is an American citizen but is of Mexican ethnicity. He featured in several students films after graduating in 2006. In 2012, he got a role in Graceland, starred in Michael Mann’s Blackhat in 2015, and he was part of the main of NBC’s Good Girls between 2018 and 2021.

Montana graduated from Jordan High School as a fantastic footballer and was offered a football scholarship to California State University Sacramento, which he took. He later quit following an injury the caused his shoulder to dislocate for the eighth time. He then moved to California State University Long Beach, where he studied Journalism and Broadcasting. He worked as a DJ in a student’s radio station while in school, and this gave him the opportunity to intern at Power 100.3

Also, read: Anthony Padilla – All you need to know about the ex-smosh star

Acting as a career started for Manny Montana when he began to play minor roles in different TV shows and several student films that made him appear as a guest star in single episodes of TV series. TV series he appeared in include ER, an American drama series created by Michael Crichton, a novelist, and a medical doctor. ER aired a total of 15 seasons with 331 episodes on NBC. Another TV series with Manny in it is Raising the Bar, an American legal drama.

In 2010, Manny Montana was featured in a film titled 30. Manny got an opportunity to cast the main role in Graceland. This film brought him to the limelight, and his career took a new turn. In 2015, he appeared in Michael Mann’s Blackhat, where he played the role of a wanted criminal, and in 2018, he joined the main cast of NBC’s series titled Good Girls as Rio. While on the cast of this series, Manny featured as Axl in The Mule, an American crime drama film. In his almost 14 years of being an actor, he has featured in about 41 movies.

Some other projects (films and TV Shows) that Manny Montana featured in are listed below;

Manny is happily married to his wife, whom he described in one of his interviews as his rock, where he said, “I’m married to my best friend. She’s my rock. It’s so funny man, you always wish you find that ideal marriage, whatever that means to you, and you want it, but in the back of your mind, you think it’s farfetched. I found that, man. We do everything together. She’s sacrificed so much for me, she gave me my beautiful baby, and we’re just familying it up!” Her name is Adelfa Marr, a beautiful and intelligent writer, and blogger. Manny and Adelfa have been married for several years; they are deeply in love and have one child (a son) together.

Rio, the money laundering criminal, played by Manny Montana in Good Girls, has a neck tattoo that got fans and lovers wondering if it is real or not. The neck tattoos are fake; however, he has a matching tattoo with his wife.

Manny earns a good amount of money as a successful actor and his networth is estimated around $82million all of which was earned from his acting career. This allows him to live a blissful and luxurios life style. 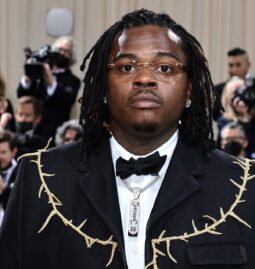 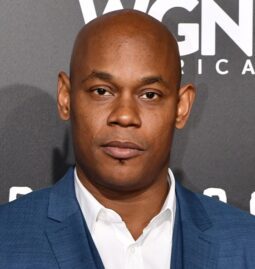 Read More
An American actor and ventriloquist by the name of Bokeem Woodbine. His most well-known roles are Mike Milligan in the television drama Fargo and Leon Cooley in the drama Saving Grace. The X-Files, CSI: Miami, The Evidence, Law …