Marie Avgeropoulos is arguably one of the most prominent actresses in Canada. Not only is she an actress, but she is also a professional model, and that’s not surprising, given her beautiful face and body frame. Avgeropoulos is most known for her role as Octavia Blake on the CW’s science fiction TV series The 100. The show has gained popularity after running for seven years. In this article, we will encircle the life of Marie Avgeropoulos and see how she moved from being a tomboy to becoming a global superstar.

Most things about Marie have always been positive except for when she was misunderstood to be fighting her then boyfriend. This incident painted a bad image of her in public. But, she has repaired that image after investigations revealed it was all a misunderstanding. Another challenge the beautiful star faced was having her vocal cords removed because of a tumor that had found a way to her chest. Marie needed surgery, and today, she is doing well. However, she cannot scream, making her lose her voice. Read on to find out more details about the Canadian actress.

Who is Marie Avgeropoulos?

Marie Avgeropoulos was born on June 17, 1986, in Thunder Bay, Ontario. If her name hasn’t given her up yet as someone from Greece, well, she was born to Greek parents. As a young girl, she learned how to fish, hunt and camp. She was the typical tomboy.

At the age of 14, she learned how to play the drums. As a young girl, she fancied being a journalist, but she didn’t like the idea that she would be reporting bad news for the most of the day. Anyway, she still went ahead to study broadcast journalism for two years in Ontario. After these years, she moved to Europe. After looking for green pastures, she would later come back to Canada to settle.

How Marie Avgeropoulos’ Career Kicked Off

It would help if you kept good friends who will always look out for you. For Marie, she was lucky to have a friend who looked out for her. Knowing that Avgeropoulos was a good drummer, her friend invited her for a casting call in Vancouver. She was loved by a talent agent who then asked her to appear in several commercials across the country. Marie’s first film role came in I Love You, Beth Cooper, directed by Chris Columbus. Her role paved the way for other opportunities for her. Marie would go on to star in Hunt to Kill, where she played Kim Rhodes.

She featured in a couple more films. But her breakout role came in the CW’s show Cult. However, the series didn’t do too well commercially. The show was canceled after seven episodes. Then came the new TV series by CW, The 100. This series highlights Marie Avgeropoulos’ career as it has made her so popular with fans of the show, which made her their favorite character.

Many do not know this, but Avgeropoulos also played soccer at the beginning of her career. For someone who already did things associated with boys, it shouldn’t come as a surprise that she was good at playing soccer. Marie played in a charity match with the Vancouver Whitecaps soccer team in 2019.

She Formed A Band With Her Fellow The 100 Cast

Being a pretty good drummer herself, she formed a band called Praimfaya. The band plays at parties, charity events and has other gigs. The band is so popular that they played in Vancouver at the 4th Annual Hunker down Xmas Showdown in 2017.

Her Role As Octavia Blake in The 100

Marie had always wanted to play a role in a sci-fi movie. So she was excited when she got the position to play Octavia Blake on The 100. In an interview with Huffington Post, she revealed that she was delirious to find out that she would play the role of Blake. She said, “Wow, what would that be like… to set foot on Earth for the first time.” Marie Avgeropoulos spent seven years playing the role of Octavia, which she said has become a crucial part of her life.

Viewed by many as one of the sexiest Instagram stars, Brittany Renner has a problem! Read here to find out more

Marie is Part of the DC Universe

With her athleticism, it didn’t take long for one of the biggest film enterprises, DC Universe, to price her to their fold. Marie voiced the character of Vanessa Kapatelis, aka Silver Swan, in the animated film Wonder Woman: Bloodlines.

Is Marie Avgeropoulos in A Relationship?

Avgeropoulos has had relationship runs with a couple of famous stars, one of which is Taylor Lautner. They met in 2013 on a movie set. However, the relationship didn’t last as they split in 2014, according to E! We do not know who she is with right now. Perhaps when she decides to open up about it, we will let you know.

Zion Williamson is fast becoming a household name. But who is his girlfriend? All you are looking for is here.

Marie Avgeropoulos rose above the challenges and has become a star in her rights. She also gives back to the community. We expect to see her on our screens soon. 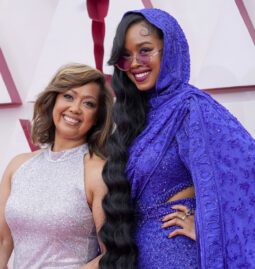