Milana Vayntrub was a series regular on the Yahoo! Screen science fiction comedy Other Space (2015) and had a recurring part on the NBC drama This Is Us (2016–2017) in addition to her commercial appearances. Since 2018, Vayntrub has also voiced Squirrel Girl in the Marvel Rising franchise, after being cast as the character in the unaired New Warriors television pilot. Milana Vayntrub is Jewish and was born in Tashkent, Uzbek Soviet Socialist Republic, USSR. She and her parents emigrated to the United States as refugees when she was two years old to escape antisemitism, living in West Hollywood. Due to her family’s financial difficulties, she began acting in Mattel Barbie advertisements at the age of five.

Read More On: Ash Kash: Amazing Facts About The Rumour Of Her Death

Milana Vayntrub attended Beverly Hills High School for a year before dropping out during her sophomore year, earning her GED and going on to get a Bachelor of Arts in Communication from the University of California, San Diego. With the Upright Citizens Brigade, she practiced improv comedy.

Milana Vayntrub described the family’s arrival in America as follows: “My mom worked in a factory that manufactured airplane parts and cleaned medical buildings at night, all while completing a program offered by the Jewish Federation to become a registered nurse at Cedars-Sinai Hospital. And my dad, he worked as a donut delivery man.”

In 1995, Vayntrub made her acting debut in three episodes of the NBC television show ER. She and Stevie Nelson teamed up to create the Live Prude Girls YouTube comedy channel, where they produced a number of shorts. Live Prude Girls was placed number 93 on New Media Rockstars’ Top 100 Channels list.

Milana Vayntrub has appeared in films and television shows such as Life Happens and Silicon Valley in minor parts. She’s also been in a number of CollegeHumor videos.

From 2013 to 2016, Milana Vayntrub appeared in a series of AT&T advertisements as Lily Adams, a saleswoman. In 2020, she returned to the post. She also appeared as Tina Shukshin as a series regular on Paul Feig’s Yahoo! Screen series Other Space in 2015.

She joined Other Space cast members Neil Casey, Eugene Cordero, Bess Rous, and Karan Soni in Feig’s Ghostbusters reboot the following year. She portrayed Sloane Sandburg in the television series This Is Us from 2016 to 2017.

Milana Vayntrub was cast in the lead role of Marvel Comics superheroine Squirrel Girl in the Freeform television pilot New Warriors in July 2017. The series was eventually canceled after Freeform passed on it in November, despite attempts to relocate it to another network.

Despite the show’s demise, Milana Vayntrub appeared in the Marvel Rising franchise as Squirrel Girl. She will reprise her role in Marvel’s Squirrel Girl: The Unbeatable Radio Show, a six-episode scripted podcast from Marvel and Sirius XM. Vayntrub also played Jill in the Eko interactive online television series That Moment When, which aired in 2017.

In 2019, she starred in the South by Southwest-premiered film Mother’s Little Helpers. Three skits starring Milana Vayntrub and Akilah Hughes were released on Comedy Central’s YouTube channel in April 2020 as part of a new digital sketch series called Making Fun With Akilah and Milana. In July 2020, she played Hannah in the Quibi streaming television series Die Hart and the short film The Shabbos Goy. 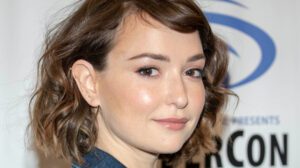 After visiting Greece on vacation and meeting refugee families fleeing the Syrian Civil War, Milana co-founded the social media movement and website Can’t Do Nothing in 2016. “Designed to help everyday citizens have a really good effect and support refugees globally,” says the Can’t Do Nothing campaign. Milana Vayntrub is the mother of one child.

From 2013 to 2016, Milana Vayntrub worked with AT&T before taking a break and returning in 2020. Over 40 ads for the corporation have featured the actor. Milana Vayntrub’s AT&T pay is confidential, however, she made a lot of money and is a millionaire.

Unfortunately, AT&T’s commercial actress Milana Vayntrub, who has played Lily Adams for years, has been affected by body criticism. The actress asked her admirers to refrain from spreading objectifying memes on the internet. They’d tamper with her old photos and talk about her curvy figure in a sexually suggestive manner. The general populace took notice and stopped attacking her.

Milana Vayntrub is speaking out against those who believe they have the right to make comments about her body. Lily Adams, the AT&T commercial star, reacted to inquiries about why she’s standing behind a desk in recent commercials or picking poses that just show her face. “Been getting a lot of ‘why are they placing her body like that in those ads?”

On March 20, 2021, Milana Vayntrub tweeted. “Well, I direct the ads. I place myself like that. And it’s because of the thousands of unwelcome comments I receive about my body. You’ve lost the privilege of looking at it until I feel safe again.”

According to CinemaBlend, Milana Vayntrub has dealt with body shamers as well as vulgar and sexual comments. We won’t repeat them here to avoid giving them more strength, but it’s evident that the star is suffering from unwelcome criticism. This isn’t the first time Milana Vayntrub has spoken out about these sexually charged remarks.

A fan tweeted her TikTok video in August 2020, in which Milana Vayntrub commented, “Let me tell you, I am not consenting to any of this. I do not want any of this.” 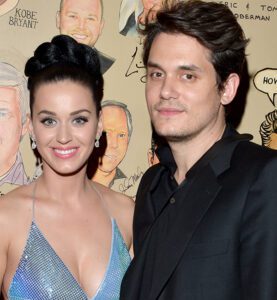 In 2006, Milana Vayntrub and John Mayer called it quits. When they broke up, she was 19 and the famous singer and songwriter was 28 years old. Every single person they know wishes they were married.

Milana Vayntrub mentioned that she plans to marry a fantastic chef. She was also more apprehensive about revealing her guy to her admirers than she was about discussing her love relationship with her parents. Following Milana, John dated Jennifer Aniston, Katy Perry, Jessica Simpson, and Cameron Diaz, among others.

Yes, the actress is a mother right now. She recently shared a photo from a photoshoot she did last year of herself pregnant. After hours of labor, the actress gave birth to a bouncing boy, she told.

Milana Vayntrub’s baby father’s identity is unknown. She also said that she had an abortion eleven years prior. She considers this to be one of the best decisions she’s ever made because she wasn’t ready to be a mother.

Milana Vayntrub’s physical measurements are 32-25-36 inches in length, width, and height (81-63-91 cm). Her hair is blonde, and her eyes are brown. Milana’s body has unfortunately made her a target of online sexual harassment.

On her Instagram account in 2020, she chastised admirers for uploading objectifying memes and edited photographs. She claimed she felt sexually assaulted as a result of the dehumanizing behavior. Some even went so far as to criticize her posts.

Activism is another line of work that Milana is interested in. She founded the Can’t Do Nothing movement in 2016 to raise awareness about Europe’s immigration issue. After visiting Greece and seeing Syrian Civil War victims who had fled their country, the initiative was launched.

She’s also been active in politics and social problems, mostly through her social media platform. She has endorsed or campaigned for politicians Stacey Abrams, Jon Ossof, and Raphael Warnock, for example. Her Instagram account also features regular posts regarding racial justice, gender equality, and climate change.

Read More On: Jay-Z: From Being A Music Icon To A Successful Entrepreneur

Her net worth is estimated to be around $3 million, according to Celebrity Net Worth. Her success as Lily Adams in AT&T advertisements has helped her amass the majority of her riches. Her acting profession also earns her a respectable living.

At the 2018 Webby Awards, she won a People’s Voice award for Video – Best Use of Interactive Video for “That Moment When.” Milana was nominated for a Streamy Award for Best Writing for “Making Fun with Akilah and Milana” in 2020.

Milana Vayntrub is most recognized for her role as Lily Adams in the long-running AT&T commercial series. Many of the commercials were directed by Milana Vayntrub. She has almost 60 acting credits to her record, including roles in films such as ‘Life Happens,’ ‘Ghostbusters,’ ‘ER,’ ‘Other Space,’ and ‘This Is Us.’ This incredible woman has written for ‘College Humor Originals,’ ‘Robot Chicken,’ and the film ‘Mother’s Little Helpers.’

Milana Vayntrub is a great businesswoman who has accomplished a lot in her profession. She is well-known for her comedy and acting roles. Milana is also a well-known activist who has done a lot of good work for European migrants and issues relating to them.

She has made a name for herself on a global scale. Her movement prompted millions of others to reconsider the subject. She is currently working hard and succeeding in her life and job.