Nancy Putkoski is the ex-wife of Anthony Bourdain, the late famous chef, travel documentarian, author, and TV personality. Even after she was married to Anthony, Nancy made few public appearances. As a result, little is known about her life. Nancy and Anthony met in high school and were high school sweethearts.

In 1985, they married. In 2005, their two-decade marriage came to an untimely end. Anthony’s busy schedule had an impact on their marriage, resulting in an emotional chasm between them. Anthony’s frequent work travel patterns fueled suspicions of his extramarital affairs, which were also blamed for their divorce. She is currently enjoying life away from the limelight of the media. On the other side, Anthony had remarried. He was reported to have committed suicide when he died in 2018. 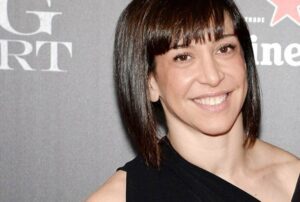 Who Is Nancy Putkoski?

Given the scarcity of public information regarding Anthony Bourdain’s first wife, Nancy Putkoski, it’s understandable if you’ve considered, to quote Mark Twain, that “rumors of Bourdain’s first marriage have been grossly exaggerated.” That, however, is just not true. In the words of Anthony Bourdain, “Nancy and I have been together for over two decades, either as a couple or married. She was my partner in crime, my wife, and my girlfriend before that “via Bourdain’s interview with Daily Life in 2012.

Read More On: Rob Kardashian: The Amazing Facts Why Blac Chyna Left Him

“At high school, I mixed in with the typical bad crew but I also fell in love with Nancy Putkoski,” Bourdain told Daily Life. Nancy was older than him, and she graduated from high school a year before he would have if he hadn’t graduated early.

Nancy Putkoski grew up in the United States. Her actual birth date and location are unclear. She was raised in a loving family. Nancy went to the same school as Anthony, the ‘Dwight-Englewood’ School in Englewood, New Jersey. Nancy’s education after she graduated from high school is unknown.

Nancy Putkoski’s Life Before and During Marriage

Nancy Putkoski was a “bad girl” in high school, according to Anthony Bourdain

If Nancy Putkoski went to a private high school in New Jersey before going on to Vassar College in upstate New York, then she, like Bourdain, was raised in a household with at least moderate financial means. According to Daily Life, Putkoski may have rebelled against the suburban status quo, just as Bourdain described himself as an “angry and alienated youngster” who was “liked… yet loathed the normalcy of [his] household.”

Nancy Putkoski, according to Bourdain, was “a nasty girl” who was older than him and “part of a druggy crowd.” He didn’t think this was a bad thing. In fact, he admitted that he was “smitten,” which is at least part of the reason why he chose to graduate from high school early. The next step for him was to follow Putkoski to Vassar College.

In college, Nancy Putkoski and Anthony Bourdain may or may not have had a committed relationship

According to Anthony Bourdain’s own statements and accounts about the relationship, he and Nancy Putkoski were high school sweethearts. Whether or not they were romantically involved while still in high school, Bourdain made it clear to Daily Life that he was “smitten” with the older Putkoski, to the point where he graduated a year early to follow her to Vassar College, where he was one of the few men to matriculate there at the time.

According to Bourdain, Vassar was an “excellent university for women.” “They had only recently begun admitting guys, so I was an outlier when I came at the age of 17. I was an inexperienced, immature young man in the company of a large number of female wolves who essentially taught me how to live.”

It appears that Bourdain was hinting that Nancy Putkoski was not the only lady he had a romantic relationship with during his undergraduate years. Despite following Putkoski to Vassar, Bourdain left after two years to attend culinary school at the Culinary Institute of America, which is only a 15-minute drive away.

Nevertheless, “As Bourdain pointed out, “there was enough of love,” and the two “went through a lot of periods, many of them great, many of them awful.” It’s that easy – or that difficult.” 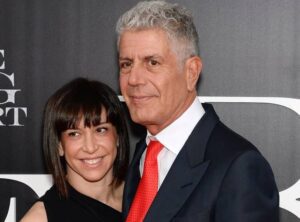 The Marriage of Nancy Putkoski and Anthony Bourdain

In 1985, Nancy and Anthony married. They were in a great partnership for 20 years before parting ways. Lisa and Anthony were a great match in the early days of their marriage. The main grounds for the divorce were Anthony’s hectic schedule and unwillingness to dedicate time to his family.

Anthony was also said to have had multiple extramarital encounters. This could have also contributed to their breakup. Anthony would travel for the majority of the year, which harmed his relationship with Nancy. Anthony addressed several of his indiscretions while traveling for work in his book ‘Kitchen Confidential,’ which was published in 2000.

Nancy and Anthony divorced in 2005 after they announced their separation in 2004. They didn’t have any children of their own. As a result, they never had a child custody dispute. Lisa kept a low profile after her divorce. She is thought to be single right now. Anthony, on the other hand, had a colorful existence that was often in the news. He married Ottavia Busia, a mixed martial artist, two years after his divorce from Nancy. Ariane was their daughter.

Read Also On: Kellie Pickler: Career And Net Worth 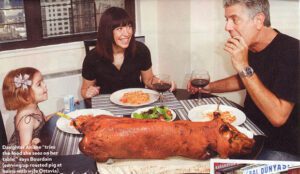 The Divorce of Nancy Putkoski and Anthony Bourdain

In early 2017, Anthony Bourdain informed The New Yorker that he was offered a TV deal after his best-selling “Kitchen Confidential: Adventures in the Culinary Underbelly” was published in 2000. His wife at the time, Nancy Putkoski, “recognized television early on as an existential threat to the marriage,” according to Bourdain. “I had the impression that the entire world was opening up to me. I’d seen a lot of stuff. I’d gotten a whiff of something. I was desperate for more. And she viewed everything as a cancer.”

As it turned out, she wasn’t entirely wrong, or was it a self-fulfilling prophecy? “I spent over two years traveling and filming ‘A Cook’s Tour,’ and as a result, my marriage fell apart,” Bourdain told Daily Life. However, it appears that repairing his friendship with Putkoski was important enough for Bourdain to concentrate on reconciling their differences.

Bourdain’s desire and curiosity, on the other hand, eventually built a gap between him and Putkoski. He told The New Yorker, “I was ambitious, she wasn’t.” “I have an insatiable interest about everything, and I believe she was content to be with me.”

The marriage eventually came to an end due to the incompatibility of Putkoski’s passivity and Bourdain’s intrepid impulses. It became official in 2005. He still considers that decision to be his life’s “biggest betrayal” twelve years later.

Nancy Putkoski would rather be in the shadows than in the spotlight.

Nancy Putkoski’s decision to spend her life outside of the public eye may have contributed to the downfall of her marriage to Anthony Bourdain, the late chef, and culinary hero via The New Yorker. Nonetheless, it appears that Nancy Putkoski has never wavered from her decision, even in the wake of Bourdain’s untimely death.

Perhaps most notably, Putkoski refused to speak on the record with Morgan Neville, the documentary filmmaker whose film “Roadrunner: A Film About Anthony Bourdain” recently premiered to acclaim and speculation about why the film did not include any first-person commentary from either Putkoski or Argento about Bourdain and their respective relationships with him via Patriot Ledger.

While Neville has stated that he chose not to interview Argento for his documentary via Vulture, the filmmaker has not stated why Putkoski’s voice is missing from the film. What is known, though, is Putkoski’s attitude toward celebrity throughout her time with Bourdain and for years following. In The New Yorker, journalist Patrick Radden Keefe wrote, “She told me lately that her ideal degree of renown would be that of a Supreme Court Justice.” “Almost no one knows who you are, but you always get your preferred reservation.”

Net Worth Of Nancy Putkoski

Nancy was able to keep her personal life discreet. After her divorce from Anthony, Nancy never appeared in front of the camera again. There is no information about her career and profession that reveals her net worth or income.

Anthony, on the other hand, has a net worth of $16 million. Chef Anthony’s television series and books had grown in popularity.

There is no information on Nancy’s personal life, and the media is still unaware of her whereabouts. Her entire life appears to be low-key.

What Is Nancy Putkoski Doing Now?

Nancy’s current whereabouts are unclear, however, she is most likely still single. Even after their divorce, Anthony maintained good contact with her.