The spirits market may appear to be very crowded, but occasionally a newcomer enters the fray with a brand-new bottle that defies categorization. New Amsterdam Vodka is doing precisely that with its always-expanding selection of flavored vodkas and recently relaunched gin.

While wisdom comes with age, youth offers the potential to be creative and create new norms. So if any company can demonstrate that the fountain of youth never runs dry, it is New Amsterdam. New Amsterdam is a vodka brand you won’t want to overlook. It is well known for its vodkas and currently sells millions of bottles annually.

Standard vodka is something that New Amsterdam produces rather well, but its flavored vodkas are where this company really excels. New Amsterdam’s flavored vodkas add an indisputably delectable tang to anything you’re drinking, covering the gamut from the traditional lemon and apple tastes to the soon-to-be-your-new-favorites like raspberry, watermelon, and mango.

Additionally, it is not an exaggeration when we say “millions.” The record-breaking vodka New Amsterdam first reached the already outstanding one million case milestone in 2016 before comfortably progressing and, nearly as fast, reaching the five million case milestone. The world’s fastest-growing vodka brand right now is this one.

Only introduced in 2011, New Amsterdam vodka became almost immediately popular. This incredibly smooth and clean-tasting spirit checks all the right boxes for a drink that’s adaptable, pleasurable, and inexpensive. Furthermore, you’d be excused for choosing New Amsterdam over other brands on the shelf when a bottle comes with a guarantee of exceptional flavor and costs less than $20.

The distillation procedure contributes to some of New Amsterdam’s smoothness. Even though the vodka is inexpensive, it is made with premium water and grains. In order to get rid of any contaminants, it is also distilled five times before going through three more filters.

When it comes to success and hitting the mark for taste, it ranks with much more expensive brands. The brand’s 100 Proof vodka jumps somewhat higher with a 50% ABV, but the majority of bottles hover around the 40% ABV threshold. The latter is a vodka manufactured from corn, and despite its somewhat higher price, it offers mouthwatering scents of sweet icing and mild citrus.

New Amsterdam manufactures a variety of spirits in addition to vodka. In actuality, New Amsterdam was founded to create gin, even if you may only be familiar with it now for its enormous selection of fruity vodkas. In the first year after its 2007 launch, its gin brand sold 100,000 cases.

This paved the door for the introduction of New Amsterdam vodka, which stole the stage as gin’s younger, more self-assured little sister. Have you never heard of New Amsterdam’s gin? That’s a result of its recent rebranding as “Stratusphere.”

However, give it a shot if you’re looking to sample a new gin (and who isn’t?). The gin is nonetheless tasty even though it might not be as well-known as the company’s vodka. An impulse to pour more G&T should be expected along with orange and lime undertones.

Going back to the vodka, though New Amsterdam, like many ritzy libations, has a connection to sports, in this case, hockey. A pink lemonade-flavored vodka was also made available by New Amsterdam in honor of former Pittsburgh Penguin Ryan Whitney. This is in addition to the several limited edition bottles of their vodka that are specifically devoted to hockey.

How to consume New Amsterdam vodka

Vodka is an alcohol with a neutral flavor, so it shouldn’t taste particularly distinctive, yet it is nevertheless difficult to drink. Vodka’s freewheeling attitude also makes it one of the best spirits because it allows you to combine it as you like and to your own preferences. With the exception of chilling the vodka first, there aren’t any specific guidelines for drinking vodka. The purest type of vodka may be recommended by connoisseurs, but if you prefer to blend this spirit with something else, don’t worry about it.

New Amsterdam is a particularly bland vodka that blends well with a variety of beverages. Vodka doesn’t freeze due to its high alcohol content, therefore you can store it in the freezer for a few hours before using it. When you have a nicely chilled bottle of vodka in front of you, feel free to go from tradition and combine it with whatever takes your fancy. Orange juice, which may be used to make a Screwdriver cocktail, cranberry juice, or, if you’re ordering at the bar, lemonade or coke, are also common options.

When adding New Amsterdam to cocktails, experiment with flavor pairings that go well together, such as sweet and sour, bitter, spicy, or something in between.

How to make the greatest cocktails with New Amsterdam

In the form of the New Amsterdam Mule, the Moscow Mule receives an upgrade for Europe. A New Amsterdam Mule can be made by placing all of the ingredients in a mug with ice and stirring until everything is well-chilled. This cocktail is almost as simple to prepare as it is to consume. Add lime and mint as a final garnish before serving.

A Legendary Lemonade is a party-starting beverage that works beautifully in a glass or a pitcher and is always a hit. One can be made by adding the components to an ice-filled rocks glass and stirring them together. Pour vodka, lemonade, and Moscato into equal parts into a pitcher to make a batch, then top it up with berries and lemon wheels for decoration.

The Big Apple is a fruity cocktail that’s excellent for gatherings. The Big Apple takes only a few seconds to prepare and probably won’t take you much longer to consume. It is fruity by name and fruity by nature. Pour all the ingredients into a rocks glass that has been cooled, added ice, and topped with apple and lemon slices to make one.

What is the price of New Amsterdam?

With prices for a 750ml bottle of New Amsterdam vodka starting at roughly $16.99 USD, it is relatively affordable. New Amsterdam vodka is regarded for being crisp and clear, with a wonderful flavor and enough bite to maintain its position, despite its inexpensive price. Millions of bottles of this vodka are sold each year all over the world.

What does one gallon of New Amsterdam cost?

Three 1.75L bottles of New Amsterdam vodka would be the cheapest method to purchase a gallon. On Drizly, you can get these for about $24.99 USD for each bottle, which works out to about $50 for a little less than a gallon or $75 for a gallon with some leftovers for your next event. 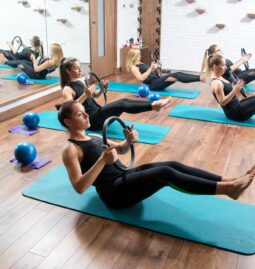 Read More
It is no surprise that people like Pilates because it improves strength, agility, and balance. Studios are springing up throughout the country due to the discipline’s surge in popularity in recent years. You can have a question if … Read More
Why not make some money while you’re working up a sweat? Even if Sweatcoin isn’t a real currency, it still has worth. It can be challenging to get yourself to go for a run or walk outside. How … Read More
The top reusable water bottles are attractive and positive-energy-producing. Particularly if you wish to minimize wasteful spending when working from home. The ability to quench your thirst anytime you choose is the ultimate luxury. It is healthful as …