Nicole Flenory, the younger sibling of Demetrius, a.k.a. Big Meech, and Terry, a.k.a. Southwest T, was born in 1974 in Dartmouth, Detroit. She reportedly stayed away from their illegal enterprise as her infamous elder brothers established one of America’s most notorious drug networks.

Nicole’s early years are very poorly understood. But before launching BMF Entertainment, a musical company, in 2000, her brothers started distributing drugs while still in high school. Numerous well-known hip-hop musicians, like Trina, Young Jeezy, and Fabolous, had their careers successfully launched by them. The pair allegedly moved hundreds of kilograms of cocaine into Atlanta during their heyday, which was between 2003 and 2004.

According to reports, Nicole and her family reside in Lincoln Park, Michigan. Little is known about the youngest member of the Flenory family because she prefers to avoid the spotlight. She does, however, have an Instagram account with more than 6,200 followers, where she has published several posts honoring her sons. She wished her 28-year-old oldest son Demetrius Steele a happy birthday and posted pictures of him on March 28, 2021. She penned: “Our entrepreneur, chef, big three workers! Enjoy your day, and may God continue to bless you! Born BMF & 263 for life!”.  Dillan Steele, Nicole’s younger son, is rumored to have numerous ties in the entertainment business. In September 2021, she will release a documentary on cannabis, and she shared a post complimenting his work. Dillan has shared several Instagram posts appealing for the release of his uncle Big Meech and is an outspoken supporter of him.

Demetrius Edward “Big Meech” Flenory, born in Detroit, Michigan, and his brother Terry P.O. Lee “Southwest T,” born in the same city on January 10, 1970, started peddling $50 packets of cocaine on the city’s streets on the late 1980s while they were still in high school. The Flenory brothers had built up a sizable organization by the year 2000, and they were in charge of managing the distribution of multi-kilograms of cocaine in a number of states across the country, including Alabama, California, Florida, Georgia, Kentucky, Louisiana, Michigan, Mississippi, Missouri, North Carolina, Ohio, and Tennessee. Over 500 people were believed to be members of the Flenory organization nationwide, according to a two-year federal investigation.

The Flenory brothers’ rivalry, which resulted in Terry Flenory leaving Atlanta to run his own business in Los Angeles while Demetrius Flenory stayed at the major distribution hub there, caused a fracture in the group in about 2003. The two had a significant falling out by 2003 and seldom ever communicated with one another after that. T Terry expressed his concerns that his brother Demetrius was drawing unfavorable attention to their firm with his excessive partying during a conversation with his brothers that the DEA wiretapped.

The government possessed 900 pages of typed transcripts of wiretapped talks from Terry’s phone over a five-month period when charges were brought against the Flenorys. The brothers admitted to running an ongoing criminal enterprise in November 2007. Both brothers received 30-year prison terms in September 2008 for operating a national cocaine trafficking organization between 2000 and 2005. At the Federal Correctional Institution in Sheridan, Demetrius Flenory is completing his sentence; he will be released on May 5, 2032, or around the time he turns 64.

Terry Flenory was given a compassionate release on May 5, 2020, owing to health issues and a move by the Federal Bureau of Prisons to release some prisoners in an effort to stop the COVID-19 epidemic from spreading inside federal prisons. Terry Flenory was then sent to home confinement. Demetrius Flenory also requested his release under the same conditions, but a federal judge denied the request, stating that it would be premature to approve his release because his prison record suggests he hasn’t changed and still promotes himself as a drug kingpin. The judge also noted that his disciplinary record includes violations like possessing a cell phone and weapons in addition to drug use and that it also includes violations for drug use and drug possession.

Who Is Big Meech?

Big Meech was born on June 21, 1968, in Detroit, Michigan. He was raised by his parents, Charles and Lucille Flenory with his younger brother, Terry, and his younger sister, Nicole. They were poor financially, so due to their conditions, Big Meech and his brother, Terry became a drug dealers. They were selling drugs in the street of Detroit during their high school days. In his teens, Big Meech has been involved in a lot of illegal acts. In an interview with All Hip Hop, Big Meech said “Neither of my parents had any type of drug or drinking habits,”  Charles and Lucille had nothing to do with the drug business and Prosecutors could not find any shreds of evidence.

However, during the later 80s, he became the owner of the organization called Black Mafia Family which transported drugs in cities across eleven states in America. Black Mafia Family had to make a massive connection with the L.A-based drug source and Mexican drug cartels and B.M.F was split into two centers, one in Atlanta, and the other in Los Angeles. Big Meech was handling Atlanta and Southwest T was managing Los Angeles.

In 2005, The Drug Enforcement Agency had various wiretapping operations and witnesses to collect more than 900 pages of evidence. The brothers were arrested and sentenced to 30 years imprisonment. In 2020, Southeast T made a contribution to ending the Covid-19 crisis and he was released.

In June 2021, Big Meech’s sentence was reduced by 3 years for good behavior. He will be released in 2028. Although, his lawyer, Wade Fink has a relief that his client will be released soon. Presently, he is held in USP Lompoc in California.

He was interviewed in the prison where he talked about his personal life and how he met many women including female celebrities. He had a relationship that was publicized by fans with Sabrina Peterson, so they became the best couple.

Big Meech’s illegal business was the main source of his income and the drug empire was worth over $270 million in profit. In 2021, his annual income is more than 2 million dollars and he has an estimated net worth of 100,000 million dollars.

However, he eventually married Tara Big Meech. They had a son named Demetrius Flenory Jr well known as Lil Meech. Lil Meech is a rapper and actor. He plays the role of his father in the documentary series of B.M.F that was produced on September 26, 2021, by Curtis Jackson known as 50 Cent.

In the crime drama Black Mafia Family, Nicole’s life is depicted. Rapper 50 Cent served as executive producer of the show, which looks into the mysteries behind her elder brother’s drug empire and record company. Before the launch of BMF, which has been renewed for a second season, the hitmaker gave Nicole cases of his Branson Cognac. Laila Pruitt is currently playing a young Nicole in the Starz series. The Atlanta, Georgia native, now 17, started acting when she was just five years old. She co-starred with Denzel Washington in the 2012 film Flight. 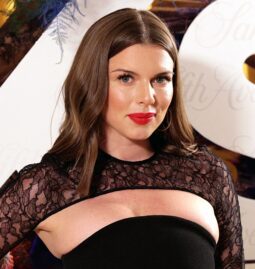