Tequila’s bad-boy reputation has been erased thanks to Patrón, the most popular tequila brand, which now sells its product in pricey Lalique glass decanters.

In the past, it would have been absurd to consider tequila a high-end liquor. We may thank Patrón for the fact that that day is long gone.

Patrón Tequila is a refined, smooth-drinking, mild-flavored tequila that is produced in small amounts. Even though it is elegant and smart, it also knows how to have fun.

After Jose Cuervo, Patrón is the second-largest tequila brand in the world today. Its 100% agave tequila has gained cult status, been promoted by celebrities like Clint Eastwood, and has been mentioned five times in songs by rapper Drake.

Patrón is a tequila that’s ideal for any occasion because it’s so palatable and versatile. even those who believe themselves to be tequila haters.

The History of the Brand Patrón Tequila

In 1989, John Paul DeJoria and Martin Crowley, a buddy, launched the company Patrón. According to urban legend, Crowley brought his friend back from Mexico with a bottle of tequila. The two were motivated to explore the realm of tequila production even though the spirit within the bottle was not very special.

Patrón is now the most well-known premium tequila brand in the world thanks to the company’s commitment to quality, a keen eye for detail, and marketing savvy. Tequila has been converted into a beverage coveted and loved by the world’s drinking elite.

A colonial palace in Mexico’s Jalisco Highlands called the Hacienda Patrón is where Patrón tequila is produced.

The fact that Patrón is solely derived from the blue weber agave plant is one of the many characteristics that distinguish it from other tequilas and enable it to charge consumers such a high price.

Patrón is handsomely repaid for its perseverance with this plant, which takes around eight years to reach the necessary level of ripeness. The jimadores of the brand hand-select the pias, or fruits, with the highest sugar content after waiting for the plant to fully develop in order to take advantage of its optimal sweetness.

Impressive is the difference. The typical pia contains 22% sugar, however, Patrón uses pias with 26% sugar.

To aid in the breakdown of the sugars, these pias are next diced and baked for about 70 hours in small brick ovens. The fruit is subsequently pulverized and crushed using a combination of the conventional Tahona wheel and the contemporary Roller Mill technique.

The latter entails chiseling a piece of volcanic stone into a wheel, which is a labor-intensive operation. To extract the juice, this wheel is next moved across the roasted agave hearts by a motorized arm.

The stone was originally transported using donkeys, and this method has been around for about 500 years. You’ll be relieved to learn that no donkeys are harmed during the production of Patrón, but part of the reason their tequila tastes so wonderful is because of their updated Tahona wheel.

While slow to make, tahona tequila is significantly smoother and sweeter. The Roca line of the company is entirely created from Tahona juice, unlike Patrón, which typically blends this juice with liquid made by their automated roller mills.

After three days of fermentation, the liquid, known as most, is distilled in copper pot stills and then aged in oak barrels. While most tequilas are simply aged in American White Oak barrels, Patrón uses a range of other woods to produce a more diverse flavor profile.

Even though the company now produces 30 times more tequila than it did when it first started, the plants are still hand-picked and hand-harvested. The hacienda is still using copper stills and clay ovens, and there are currently a number of them.

Before leaving the distillery, every bottle is examined. Francisco Alcaraz, the brand’s designated tequila inspector, and master distiller are actually the only one of the company’s competitors that makes tequila.

The company Patrón is renowned for its dedication to sustainability. The business makes an effort to ensure that every step of its production is ecologically friendly and responsible.

For instance, the leftover agave hearts are composted, utilized in the hacienda’s garden, and distributed to the neighborhood. In order to cut down on carbon emissions, the corporation has also erected a natural gas pipeline. Additionally, a reverse osmosis irrigation system at the hacienda recovers about 70% of the wastewater generated during production.

Product And Edition Exploration For The Patrón Line

Patrón Silver, a tequila Blanco with a 40% ABV, is the brand’s most well-known bottle. It has a fruity and lemony smell, a sweet flavor, and a peppery finish. It is smooth to drink, ideal for cocktails, crystal clear in color, and has all of these characteristics.

The Patrón Reposado is another approachable and palatable tequila. There are floral, honey, and oak undertones in this light amber color.

Patrón Anejo is a tequila with an amber hue that has spent a year being matured in barrels made of French, Hungarian, and American whiskey. With raisin, caramel, honey, oak, and vanilla flavors in addition to a slightly stronger flavor, it has a flavor. With aromas of vanilla, honey, and dried fruits, Patrón Extra Anejo is matured for three years in oak casks.

The Patrón XO line of liqueurs includes Patrón XO Cafe, a tequila-based coffee liqueur that tastes fantastic in Martinis and may be used as a dessert ingredient.

One of the more expensive products offered by the brand is Roca Patrón. The agave juice is totally extracted using the conventional Tahona method, which accounts for the increased cost.

The Gran Patrón label, which identifies the most expensive bottles in Patrón’s lineup, was introduced by the brand in 2004.

In order to provide the spirit a characteristic smokey flavor, pias are roasted with mesquite wood in underground pits for the Gran Patrón Smoky, for instance. Then there is Tequila Blanco Gran Patrón Platinum, which has been thrice distilled to produce tequila with a fuller body and a black pepper finish. The limited-edition Gran Patrón Burdeos, which is finished in old Bordeaux wine barrels, is another option.

Of course, there is also the infamously renowned Patrón en Lalique line, a bottle of which will cost you at least $7,000.

How to Drink Patrón Tequila

Tequila can be enjoyed in other ways besides being guzzled down with salt and lemon. Like a fine whisky or brandy, a premium spirit like Patrón Tequila is best enjoyed slowly sipped.

If you want to experience Patrón Tequila’s complex aromas, start out by sipping it neatly in a snifter or a classic rocks glass.

If you want your Patrón chilled, pour it over ice; alternatively, shake it with ice and strain it into a glass. You can also try adding a few drops of water to see how it tastes similar to whiskey.

Recipes for cocktails with Patrón Tequila

Thanks to its distinctive agave flavor, Patrón Tequila makes an excellent foundation for all kinds of cocktails. Even tequila can be used in a Bloody Mary in place of vodka. Adore a G&T? If so, you’ll adore a Paloma, which is a combination of Patrón Tequila and grapefruit soda.

Purchase a Patrón Silver tequila bottle online. For cocktails, it is the greatest. You might also check out the Patrón XO Cafe or the Citronge line.

The famed Margarita cocktail’s history is hazy. A Texas socialite by the name of Margaret Sames may have invented it. Also, Rita Hayworth, an actress whose real name was Margarita, could have inspired the name. Is it really important when it tastes this good?

The glass rim should be salted. In a cocktail shaker with ice, combine and shake all the ingredients. After the shaker’s exterior has cooled to the touch, strain the drink and top it off with lime.

In essence, the Tequila Sunrise is a tropical island in a glass. It’s one of the most delicious and visually appealing cocktails you can have, and it’s also one of the simplest to create at home.

The grenadine should be poured into a tall glass and set aside. Mix ice, tequila, triple sec, and fruit juice in a cocktail shaker. Carefully pour the drink into the glass of ice in order to preserve the famous “sunrise” effect. Add a cherry, orange slice, or cocktail umbrella as a garnish.

Read More On: Buchanan’s: Scotch for People Who Aren’t Sure They Like Whiskey

Who doesn’t like a good mojito? This mint and lime legend is one of the few cocktails that are as light, cool, and palatable. Mojitos are traditionally made with rum, but Patrón tequila makes a fantastic substitute.

Mint, lime, and simple syrup are mushed together. Add to an ice-filled glass. Pour while swirling over the tequila. Add soda water on top. mint and lime for garnish. 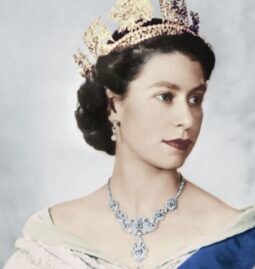 Read More
Prosopography of Queen Elizabeth The mighty Queen Elizabeth whose name in full is Elizabeth Alexandra Mary Windsor was birthed by Duke Albert George VI and Duchess Elizabeth Angela Margaret Bowes-Lyon, Elizabeth was born in Mayfair, London, on the …
Read More
Since the beginning of the activity, clothing and equipment for rock climbing have advanced significantly. While modern sport climbers may not have the same cool factor as the lycra-clad climbers of the 1980s, we do have access to … Read More
It has been seen on some of your favorite celebrities, such as Lady Gaga, Katy Perry, and Rihanna, so there is no doubt that if you decide to flaunt blue hair, people will take note. It takes a …