What Is Postpartum Depression and How Does It Affect You?

PPD is a complicated mix of physical, mental, and behavioral changes that some women experience after having a baby.

PPD is a type of serious depression that occurs within four weeks following birth, according to the DSM-5, a guidebook used to identify mental disorders. The intensity of the depression, as well as the amount of time between birth and beginning, are used to diagnose postpartum depression.

The biological, social, and psychological changes that occur after having a baby are associated with postpartum depression. Many new mothers go through a variety of physical and emotional changes as a result of their pregnancy. Medication and counseling can be used to treat PPD.

After birth, the chemical changes include a rapid reduction in hormones. The precise relationship between this decline and depression is still unknown.

However, it is known that during pregnancy, the levels of estrogen and progesterone, the female reproductive hormones, increase tenfold. Then, following birth, they plummet. The levels of these hormones return to pre-pregnancy levels three days after a woman delivers birth.

After giving birth, most new mothers endure the “baby blues” after delivery, about one out of every ten of these women will experience more severe and long-lasting depression. About one in every 1,000 women develops postpartum psychosis, which is a more dangerous disorder. Dads aren’t exempt.

According to studies, one out of every ten new fathers experiences depression during the first year of their child’s life. The signs and symptoms of postpartum depression can be difficult to spot. Following childbirth, many women experience the following symptoms: PPD includes these symptoms as well as additional major depressive symptoms that aren’t common after childbirth, such as:

Obsessive-compulsive disorder (OCD) symptoms are uncommon in the postpartum period (about 1 percent -3 percent of women). Obsessions are frequently linked to worries about the baby’s health or unrealistic fears of injuring the child.

Panic disorder is also a possibility. You can have both of these illnesses and depression.

For new mothers and their children, untreated postpartum depression can be deadly.

Read More: 13 Best Snacks that are both fast and healthy for vegetarian

Postpartum Depression Causes and The Risk

Experts believe it occurs for a variety of causes, which vary from person to person.

Some factors that can contribute to postpartum depression include:

Although there is no one cause of postpartum depression, the following physical and emotional factors may play a role:

When you’re sleep-deprived and devastated, even simple difficulties might be difficult to handle.

You might be worried about your capacity to care for a newborn.

You may feel less attractive, have trouble defining yourself, or believe you’ve lost control of your life. Postpartum depression can be caused by any of these factors.

There are three terms that are used to characterize the mood shifts that women experience after giving birth:

In the days following childbirth, up to 70% of women experience the “baby blues.” You may have abrupt mood fluctuations, such as feeling extremely happy and then extremely depressed.

You may cry for no apparent cause and experience feelings of impatience, irritability, restlessness, anxiety, loneliness, and sadness. The newborn blues can persist anywhere from a few hours to up to two weeks following delivery.

For the most part, you won’t require medical help if you have baby blues. Joining a new parents’ support group or interacting with other moms can often be beneficial.

Postpartum depression (PPD) can strike days, weeks, or even months after a baby is born. PPD can strike at any time following the birth of a child, not just the first.

You can experience feelings that are comparable to the baby blues, such as grief, despair, anxiety, and crankiness, but they are far more intense.

PPD frequently prevents you from doing the things you need to do on a daily basis. You should consult a health care practitioner, such as your OB/GYN or primary care doctor if your capacity to function is impaired. This doctor can assess your depression symptoms and devise a treatment plan for you. If you do not receive treatment for PPD, your symptoms may worsen.

Despite the fact that PPD is a serious disorder, it can be managed with medication and treatment.

Postpartum psychosis is a potentially fatal mental disease that can strike new moms. This sickness can strike suddenly, commonly during the first three months after a baby is born.

Insomnia (inability to sleep), agitation and anger, pacing, restlessness, and unusual feelings and actions are some of the other symptoms.

Women with postpartum psychosis require immediate care and almost invariably require medication. Women are sometimes admitted to hospitals because they are in danger of harming themselves or others. Depending on the type of symptoms and severity, postpartum depression is treated differently. Anti-anxiety or antidepressant drugs, psychotherapy, and involvement in a support group for emotional support and education are all alternatives for treatment. In severe cases, an IV of brexanolone (Zulresso), a novel medicine, may be recommended.

Drugs used to treat psychosis are generally added in the case of postpartum psychosis. Admission to the hospital is frequently required.

Don’t think that since you’re breastfeeding, you won’t be able to take medicine for sadness, anxiety, or even psychosis. Consult your physician. Many women take medicine while breastfeeding under the guidance of a doctor. This is a decision that you and your doctor must make together.

Untreated postpartum depression can impact the capacity of bondedness within the mother of the baby and her entire family:

The mother of the child

The father of the child

Children whose moms suffer from postpartum depression are more likely to have sleep and feeding problems, cry more than usual, and experience delays in language development. 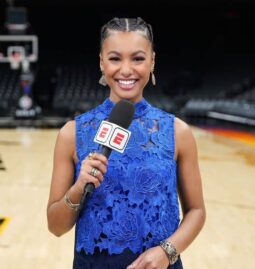 Read More
An American boutique fitness studio chain called Orangetheory Fitness (OTF) is based in Boca Raton, Florida. In 2010, founder Ellen Latham opened the first studio in Fort Lauderdale, Florida. The lessons last an hour and are split into … Read More
There is no such thing as superfoods in terms of nutrition. The word was established to influence eating trends and promote items for marketing purposes. Superfoods are nutrient-dense foods with the potential to improve health, according to the …