The world was in a sympathetic mood when it was confirmed that Earl Simmons, popularly known as Dark Man X (DMX), passed on after overdosing on drugs that left his lungs and heart in a terrible state. The news must have hit the rapper’s children, but one who would be hit the most surely is Praise Mary Ella Simmons. Ella Simmons has a close relationship with her father, and it is evident in the photos DMX posted on his Instagram showing off his beautiful daughter. They were usually seen hanging out together, and it was a relationship of a doting father over his daughter.

Praise Mary Ella Simmons isn’t loved by only her late father; her mother loves her, who would not hesitate to give glowing praises of how joyful her daughter is. Several posts by Tashera Simmons on her Instagram page showed a connection between them. DMX had a lot of hits in his career; he also had a lot of hits from his loins. Praise Mary Ella Simmons is one of 20 children allegedly fathered by Earl Simmons. But the focus of this article is on Ella Simmons. Read on to find facts about her.

Who is Praise Mary Ella Simmons?

Praise Mary Ella Simmons was born on April 18, 2005, to Tashera Simmons and Earl Simmons. Mary has thirteen other half-siblings as her father was involved with nine different women. Mary has three older siblings (biologically), Xavier, born in 1992; Tacoma, born in 1999; and Sean, born in 2002. We do not know where she was born, but it is most likely she was born in New York City, where she finished her high school education in 2019. Mary’s parents both met when they were teenagers. They started their relationship after Tashera dropped out of high school.

Though Earl would become a successful rapper-actor, he had the support of his first love with him. The two had a good marriage even though there were a lot of infidelity issues. They finally ended their marriage in 2010 after years of patching up with drug abuse, infidelity, and debt financing.

Who is Earl Simmons – DMX?

Earl Simmons was born on December 10, 1970. The hardcore rapper started his career in the early 1990s. He released his debut album in 1998, and he sold 251,000 copies in just the first week of release. Seeing the success, DMX dropped another album the following year, which also became a huge success. DMX became the first artist to debut an album at no. 1 five times consecutively on the Billboard 200 charts. It was a massive achievement, especially for someone who had just started their career. Not only is DMX a fine rapper, but he is also a good actor. His features in movies like Belly, Last Hour, Cradle 2 the Grave, Exit Wounds showed good at acting.

Earl was married to Tashera Simmons for 11 years, his high school sweetheart. But he couldn’t stay committed, and reports say he is the father of 20 children from nine different women. These children he had scattered about made him lose many legal battles, which also meant that he lost a lot of money. Reports say he was worth negative $1 million at his death.

How Did DMX Die?

Praise Mary Ella Simmons’s father would have loved to live longer and stayed there for his kids, but his addiction to drugs had grave consequences. On April 2, 2021, DMX was reported to have overdosed. Even though he was rushed to the hospital in White Plains, he was transferred to the hospital intensive unit. However, the drugs had already done the damage. His crucial organs were already vegetative, which ultimately led to his death. The medical examiner revealed that the cause of his death was an overdose-induced heart attack.

Xavier Simmons is the first child of the late DMX and Tashera Simmons. He is an actor and an author. He has featured in Never Die Alone, Belly, Angel: One More Road to Cross, and many others. He is also the author of a book – Perils & Promise.

What is Tino Majorino up to these days? She was very popular in the 1990s. Read here

Praise Mary Ella Simmons has other siblings who are not active on social media and, as such, have little influence.

Even though Praise Mary Ella Simmons is relatively active on social media, we do not know what path she would choose later in her life. Would she be inclined to do music or entertainment? We wait to see what happens. 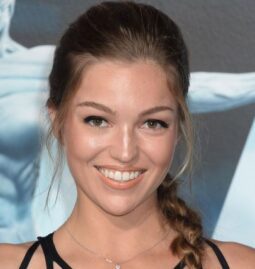 Read More
For her part as “Rebecca Bowman” in the “Cinemax” series “Banshee,” American actress and model Lili Simmons is well-known. When she was 15, a talent agency noticed her. She starred in TV commercials and worked for the “Ford …