There is a common misunderstanding that doctors are extremely affluent. However, despite their high salaries, most doctors must work for several years before earning a comfortable living, owing to a large amount of debt they graduate with.

As a result, it takes a long time for most doctors to perfect their art, build a good reputation, and rise to the top ranks of their profession. To learn more about the world’s wealthiest medical professionals, continue reading this article.

17 Of The Richest Doctors In America and Their Networth 2022

In this section is the list of the richest doctors in America, biographies, achievements and their networths.

According to Forbes’ yearly list of the world’s wealthiest billionaires, he is the 47th richest person. In the field of medicine, Dr Soon-Shiong is an expert. He was 16 when he finished high school and 23 when he graduated from Witwatersrand with a medical degree. As far as I know, he does not work in a hospital.

A new startup of his is attempting to link the DNA of patients to scientific studies in order to supply doctors with more patient data.

Dr Thomas Frist, Jr. has a degree from Washington University and ranks 92nd on Forbes’ list of the world’s richest people. Founded in 1968 alongside his father, Thomas F. Frist, Sr., MD, the Hospital Corporation of America (HCA) is the world’s largest for-profit hospital organization, with more than 165 hospitals and 110 surgery centres in the United States and Great Britain.

In addition to serving as HCA’s president and CEO, First Jr. has also served as the company’s chairman and CEO. At the Washington University (St. Louis) Medical School, he graduated with a degree in medicine. Born in 1939 in Nashville, TN, he has become the wealthiest person in the state.

He is the company’s most significant shareholder. Buying and selling hospitals generate annual revenue of around $29.7 billion for the corporation. In addition, money is expected to flow into the company in the upcoming year due to several large contracts with other hospitals.

She’s not a doctor in the truest sense of the word. However, she has a master’s degree from Western Michigan University. Her grandfather, Dr Homer Stryker, is only a billionaire because of his success.

A few years before he passed away in the 1970s, Dr Stryker built Stryker Corporation from a small startup in the 1940s into an enormous publicly listed conglomerate. He was a surgeon who developed and patented medical gadgets to fulfil the requirements of his patients.

The $2.5 billion inheritance his granddaughter inherited from her grandfather would have belonged to him had he lived a few more years.

In 190th place on Forbes’ list of billionaires, he is tied with Dr Randall Kirk. He was born in 1936 in the United States of America and is a well-known businessman and physician. Albert Einstein College of Medicine, where he earned his medical degree in 1961, was his final stop before becoming a doctor.

From 1963 to 1965, he served as a Lieutenant Commander in the U.S. Public Health Service at the National Cancer Institute. Then, he taught dermatology at the Miami School of Medicine for six years.

During his time in charge of numerous organizations, he guaranteed that they all reached their highest levels of success.

In Forbes’ billionaires’ list, he ranks 190th. A doctorate from the University of Virginia, Dr Kirk has been in business for three decades. Dr Kirk uses his medical degree in business, even though he does not practice medicine in a hospital.

According to Forbes, he is one of the world’s 328 wealthiest people. Hahnemann Medical College awarded Dr Michelson his M.D. after graduating from Temple University. He made a lot of money because of a 2005 settlement he was awarded. More than 250 medical device patents are owned by Dr Michelson.

In addition, he sued Medtronic several years ago for $1.35 billion over their unpermitted use of his spine surgery patients. However, he makes good use of his fortune by establishing awards for medical advances and donating the proceeds to medical research.

He’s not a doctor, but he got his money from a doctor; therefore, he works in the medical field even though he’s not one himself. Master of Business Administration degree from Auburn University and CEO of Stryker Corporation, a medical device corporation founded by Dr. Homer Stryker during mid-century.

Home Stryker, M.D. was a surgeon. It wasn’t until his death that John Brown, the CEO of one of the world’s leading medical companies, was named in his stead.

There isn’t a rule that says the world can only have one type of doctor. Dr Phil McGraw, a psychologist, is entitled to use “Doctor” because he holds a PhD.

Despite the fact that he doesn’t use any medical equipment, he’s still a doctor. One of the world’s richest doctors, Dr Phil, has over $245 million.

Oprah Winfrey’s television show, his own talk show, and his numerous books and appearances helped him rise to prominence.

At Andrews Sports Medicine and Orthopedic Center, he is an orthopaedic surgeon. The Washington Redskins’ team doctor, Dr. James Andrews, is well-known for his work with some of the world’s most famous and skilled players.

Athletes in need of surgery should contact Dr. James Andrews to schedule a consultation to be confident they are getting the best care possible. He’s also a team doctor for the NCAA’s Auburn and Alabama universities. Jordan, Bush, Bo Jackson, and Aikman are just a few of his renowned clientele.

Ben Carson is a well-known neurosurgeon and author and a Republican presidential front-runner in 2016. One of his most notable achievements was the successful separation of a pair of conjoined twins united at the skull.

He’s also an accomplished author, having penned many well-known works. Carson decided to stop doing surgeries in 2013 and chose to run for office. His net worth is estimated to be $30-35 million.

Heather Dubrow’s appearances on the Real Housewives of Orange County have made Dr. Dubrow a household name in Southern California. One of Orange County’s most renowned plastic surgeons, Dr. Dubrow, has a six-month waiting list for new patients who want to enhance their appearance.

So when FOX contacted him to appear on a reality show called The Swan, in which he transformed the appearances of unattractive women into stunning ones, his celebrity soared even more.

When Dr. Leonard Hochstein was in high school, he was one of only a handful of students who could apply directly to medical school. With the Department of Surgery, he completed his residency at Louisiana State University and published his first paper. In his senior year of high school, he graduated first in his graduating class.

When it comes to body sculpting surgery for the women of Miami, this American doctor of Russian heritage has created a name for himself as an expert in the field. The doctor is expected to be worth $20 million by the year 2022, thanks to the money he’s made through his practice, T.V. appearances, and other side hustles.

Paul Nassif, a cosmetic surgeon, and E! celebrity, is a Lebanese American. Dr Terry Dubrow was a complete dud. In 2016, there were a total of six seasons of the show. Botched by Nature, a spin-off that debuted in 2016, was inspired by the first series.

Adrienne Maloof, his ex-wife, was a prominent cast member of The Real Housewives of Beverly Hills for the first three seasons of the reality show.

He began his career in general surgery before earning his medical degree from St Louis University School of Medicine in 1998, concentrating on facial plastic and reconstructive surgery.

His expertise in revision rhinoplasty has made him a household name. In 2022, the personal wealth of this cosmetic physician is estimated to be at $16 million.

On the E! reality show “Dr. 90210,” Dr Rey Jr. is depicted as a cosmetic surgeon and a politician from Sao Paulo, Brazil.

Additionally, Rey works as a medical journalist for The Insider and NBC4. The View, Today, Good Morning America, and Dr Phil featured him. He was also the subject of articles in The New York Times, Wall Street Journal, and Forbes Brazil.

When Dr. 90210 initially debuted, Rey was a regular cast member. On the show, Rey conducted a variety of cosmetic treatments on celebrities. At the time, Rey was criticized because some thought he was making light of a severe surgery.

After completing his medical degree at the University of Mississippi, Dr. Garth Fisher completed his residency at the Davis University of California. For many years, he was married to Brooke Burke, a former Dancing with the Stars co-host and the ex-wife of baseball star Jose Canseco.

He is also a well-known plastic surgeon in the entertainment industry. He served as the show’s plastic surgeon and is the go-to doctor for many of the world’s richest and most famous patients.

In addition to aesthetic and body surgery, his Beverly Hills plastic surgery office focuses on the field.

Dr. Oz became a household name following numerous appearances on the Oprah Winfrey Show. He is a cardiothoracic surgeon, but he also hosts, writes, and appears on television. He obtained a position as a professor at Columbia University’s surgery department at the beginning of the century.

His previous positions include director of the Cardiovascular Institute at New York-Presbyterian Hospital. More than 400 medical publications, books, and patents have been attributed to him throughout his long career.

As a Ghanaian-American plastic surgeon and television personality, Michael Obeng is also an accomplished scientist and expert in health care. Obeng is now practising in Beverly Hills, California, and is affiliated with Cedars-Sinai Medical Center.

ESecond !’s Wives Club featured Obeng and his family. Still, the show was forced to stop airing the episodes after filing a lawsuit and an injunction.

As a result of his successful forehead reduction surgery in 2018, several media outlets have widely reported to Dr Obeng. In 2019, Justin Jedlica, the real-life Ken doll, underwent an operation in which Dr Obeng successfully removed his ribs in order to attain a particular look.

All of these physicians are well-known figures who require no introduction. They have done an amazing job of establishing themselves in the medical industry. Humanity is fortunate to have such doctors on the planet capable of practically anything.

Even after their physical presence has ceased, their research, patents, and writings will continue to educate others. 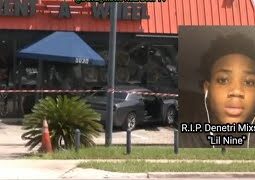