Cartoons have a special place in our hearts, whether it’s The Simpsons or one of our other all-time favourites. But, when it comes to who we remember as our favourite characters, do we also recall who voiced them? Umm! Possibly! In order to give these voice actors the recognition they deserve, we’ve compiled a list of “The Richest Voice Actors.”

Our favourite cartoon characters are voiced by these actors, and it’s because of them we enjoy watching animations. Unfortunately, many people also believe that Voice Acting is not a lucrative career path.

There is no doubt in our minds that this is not the case. You’ll be shocked to learn how much money they’ve made and what kind of roles they’ve played.

Top 14 Richest Voice Actor and Their Net Worth In 2022

Matt Groening is a multi-talented American cartoonist, writer/producer/animator/voice actor worth $650 million. This voice actor is also the Life in Hell comic strip creator, The Simpsons, and the television series Futurama.

Groening has won ten Emmy Awards for The Simpsons, twelve for Primetime Emmys, and two for Futurama. In 2016, it was stated that Groening is in negotiations with Netflix to create a new animated series. Netflix has ordered a 20-episode animated series, giving the show a two-season deal.

Trey Parker is one of “South Park’s” co-creators and voices. In the mid-90s, he and Matt Stone co-created the show. It quickly became a worldwide sensation. However, there are still plenty of people out there who aren’t happy with the way it’s been handled almost 25 years after it initially aired.

They struck a $900 million agreement with ViacomCBS this year to create six more seasons of the show and 14 additional films. Stan and Cartman are only two of Parker’s many characters.

The majority of Matt Stone’s staggering fortune comes from a film made on a $300,000 budget. Among Stone’s most notable works is South Park, a long-running cartoon sitcom that he and Trey Parker created in 1997. Even though many people doubted the show’s long-term potential, it immediately dispelled any doubts by selling $150 million in products within its first year on the air. After the success of South Park, Stone and his partner were able to get a better price and exclusive streaming rights when their contract with Comedy Central expired in 2007.

Many people thought they were getting nothing out of streaming rights at the time. However, streaming services like YouTube and Netflix would prove their critics wrong in the years to come, making it a major industry. Both Stone and his business partner are better off as a result, and they’re happy as can be all the way to the bank. An agreement with Hulu in 2015 for the rights to their old repertoire netted them each $50 million. In addition, the South Park creators hope to secure a new $500 million deal from a streaming service once that arrangement expires in 2019. Assuming this is the case, Stone and his business partner might each earn up to $125 million.

Seth MacFarlane desired a career as an animator from an early age. When he was only two years old, he sketched Fred Flintstone and Woody Woodpecker. He began his weekly comic strip at the age of nine. Macfarlane worked as an animator for Cartoon Network during his early twenties. He created the majority of the animation for Dexter’s Laboratory and Johnny Bravo.

Seth MacFarlane is descended from William Brewster, a Mayflower passenger, which is not widely known. The majority of Seth MacFarlane’s $300 million income comes from his work in animation, making him one of the world’s highest-paid voice performers.

Jim Henson was an American illustrator, cartoonist, playwright, puppeteer, inventor, film director, and producer best known as the creator of the Muppets. Apart from that, Henson’s induction into the Television Hall of Fame was too vulgar, and he was inducted in 1987.

During the 1960s, Henson became a household name as a voice actor for Sesame Street, a children’s educational television show.

Mike Judge is a well-known actor, artist, animator, producer, director, and singer from the United States of America; he has a net worth of $75 million. Mike Judge is a University of California physics graduate. Despite his lack of enthusiasm for science, the latter became attracted by animation and made it his career.

Beavis and Butthead is one of his most well-known works. Still, he’s also credited as a co-creator of The Goode Family, King of the Hill, and Silicon Valley, among others. Because of his notoriety, he was able to amass a sizable fortune, including a Primetime Emmy, two Critics’ Choice Television Awards, two King of the Hill Annie Awards, and two Silicon Valley Satellite Awards.

According to this ranking, Hank Azaria is one of the richest voice actors. Hank Azaria, a comedian, actor, and producer, is most known for his work on The Simpsons, where he voices various characters. He has earned a Screen Actors Guild Award and six Emmy Awards for his work on this animated series.

In addition to Godzilla and The Smurfs, Hank Azaria has appeared in a number of other films. With The Simpsons (1989–present), he is best known for starring Apu, Moe Szylak, Chief Wiggum, Carl Carlson and Comic Book Boy, as well as a slew of other famous characters. He had even acted in well-known television shows like Mad About You and Friends, played the lead part in the drama Huff, and performed in the stage production of Spamalot, another well-known show. Early in his acting career, he appeared alongside Mathew Perry in a Morning Maggie show.

Comedian and actor Harry Shearer is a voice-over artist and producer for American voices. The Simpsons, Saturday Night Live, Spinal Tap, and his syndicated radio show, Le Show, have all helped define his career for the most part. Shearer was a cast member of Saturday Night Live on two separate occasions, in 1979–80 and 1984–85. With This Is Spinal Tap, Shearer also won a lot of money and recognition for his work on the 1984 film.

In addition to her work as a comedian, Nancy Cartwright is an accomplished voice actor and actress in television and cinema. This voice actor is well-known for her portrayal as Bart Simpson in the animated television series The Simpsons.

He also voices other characters in the series, such as Ralph Wiggum, Nelson Muntz, Kearney, Todd Flanders, and Database, in addition to these.

Dan Castellaneta, an American actor, voice actor, playwright, and comedian, has been in the public eye for decades. He is the narrator for The Simpsons. In addition, he’s been doing the voice of Homer Simpson for well over a decade. Dan was raised in Chicago and has Italian ancestry. For the first 16 years of his life, he was enrolled in acting classes at the hands of his mother.

While working on radio shows with his future wife Deb Lacusta early in his career, he became interested in voice acting. Castellaneta claims he’s rarely seen by the general public, despite playing such a prominent role in the popular television series. His other credits include Barney Gumble, Abraham “Grampa” Simpson and Krusty the Clown, and Sideshow Mel and Major Quimby. Hans Moleman was also portrayed by him in the show. Castellaneta and his wife, Deb Lacusta, live in a beautiful mansion in Los Angeles, California.

The voice actress is most recognized for her role as Lisa Simpson on the renowned animated television show The Simpsons, which she has been a part of for over a decade. Smith was regularly teased as a youngster because of her singing talent. She has since become well-known for her sweet, melodious voice.

This voice actor earned a solid living while portraying Lisa on The Tracey Ullman Show for three seasons. In 1989, the shorts were developed into their own half-hour television series, The Simpsons, which she voiced until she died in 2011. Her performance as the character earned Smith a Primetime Emmy Award for Outstanding Voice-Over Performance in 1992 for her efforts.

Actress, comedian, and voice actor Julie Kavner has had a long and distinguished career in American film and television. The role of Brenda, the younger sister of Valerie Harper’s character in the sitcom Rhoda for which she earned a coveted Primetime Emmy Award, first brought this voice actor to national attention.

Up until 1998, Kavner was making $30,000 every episode, but her earnings skyrocketed after that. This includes Dr Dolittle, A Walk on the Moon, and The Lion King 112. Kanver has provided voice-over work in these and other films.

In Press, she played a character who had the same personality as Adam Sandler’s mother. Tracey Takes On with Tracey Ullman is a popular HBO sketch comedy series that Kanver has also appeared in.

Frank Oz is an actress, puppeteer, and producer from the United States. Frank Richard Oznowicz was born on May 25th, 1944. He began his career as a marionette, performing on The Muppet Show. Miss Piggy, Fozzie Bear, Animal, and Sam Eagle from the Muppet Museum and Bert and Grover from Sesame Street.

The Muppet Show included Miss Piggy, Fozzie Bear, Animal, and Sam Eagle. In contrast, Sesame Street featured Grover, Cookie Monster, and Bert. Oz was a significant member of the team responsible for generating the Muppets throughout the previous three decades and portraying other characters.

Oz appeared as a Muppet creator in over 75 films, including Maze. Sesame Street and other Jim Henson shows are also available for film debuts and television specials, among other uses. He is particularly well-known for his portrayal of Yoda in the Star Wars franchise, lending the character’s voice to numerous films and television programs.

In advertisements, he is the voice of the original red m&m for Honey Nut Cheerios and formerly Buzz. He was a cast member on Howard Stern’s program and was well-known for his portrayals of Larry’s fine, Marge Schott, George Takei, and Jackie mottling. Additionally, he referenced Bug Bunny, Elmer Fudd, Popeye, Shaggy Rogers, Super Snooper, Muttley, and Woody Woodpecker.

The term “voice performer” refers to an individual whose voice is more instantly recognizable than their name or ears. Their extraordinary voice contribution has aided them in gaining notoriety and generating substantial revenue.

To get a sense of them, consider how much money you would earn to complete that incredible mission or consider your favourite characters or the individuals who bring them to life.

After considering this, you may forecast that these voice actors will win twice, three times, or four times globally. The artists on the preceding list are among the wealthiest and most well-known globally, having contributed to our fondest childhood memories. 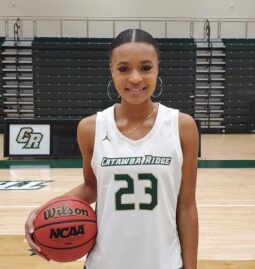 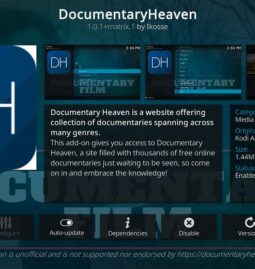 Read More
Online, you may find thousands of free documentaries in every imaginable category. There are biographies, mysteries, comedies, and documentaries on topics ranging from sports, activism, and wildlife to travel, the performing arts, and more. Below are the top …