The finest robotics for kids are engaging, developmentally appropriate teaching tools that emphasize STEM ideas and include fundamental coding. Many robot toys are kits that let kids assemble and program robots themselves, while other robot toys are more concerned with the construction or programming aspects. As the child employs logical ideas to set up numerous programs, routines, or obstacle courses, these toys serve as an excellent way to stimulate a young mind.

With the comprehensive kit, a kid can design and program one of five template robots or opt to make their own. we have also included some of our top picks for robotics toys, such as the top kid’s robotics for coding. See every one of our choices for the best robotics for kids by reading on. With the help of this kit, children may construct and repair imaginary creatures, vehicles, and robots. It includes wooden parts, electric motors, and batteries, as well as hardware and equipment, such as safety goggles and a screwdriver, making it ideal for the aspiring inventor who enjoys tinkering with objects around the house.

Additionally, there is a game component with 10 play cards that ask children to construct a variety of objects right away. For children ages 8 to 12, the kit is a consumer favorite and has received an average rating of 4.6 stars from more than 460 reviews. This toy is the ideal present if your kids (or, let’s face it, you) enjoyed BB-8 in the new Star Wars trilogy as much as almost everyone else on earth did. It is extremely dynamic and has a flexible personality that adapts as you interact with it. You can program and operate BB-8 using the droid app from Sphero, which enables features like patrol mode, where it will intelligently navigate a space.

It also responds to voice instructions if you don’t have your smartphone nearby and is very expressive for a droid. It serves as the ideal creative catalyst for your child while also serving as the ideal means of entertaining your nerdy pals over drinks. Additionally, due to the strict level of accuracy and attention to detail, and because it is a product of Disney’s official licensing, this droid appears to have just been lifted from the screen. With a wide range of alternatives, LEGO has stepped into the production of STEM toys, making these subjects enjoyable for children of all ages. Vinnie the Robot, a partially functional guitar, Frankie the Cat, a multi-tooled rover car, and an automated assembly line robot that actually constructs miniature structures out of legos can all be built with the 847 pieces in the Boost Creative Toolbox 17101. The huge kit keeps kids interested because each robot is getting harder.

On iOS, Android, Kindle, and Windows 10 smartphones and tablets, the child manage each build using the corresponding Boost app. The software introduces more complex ideas after building on fundamental coding and programming skills with an icon-based coding interface.

The NINJAGO Stormbringer and the LEGO City Arctic Scout vehicle are both great additions to the Boost Creative Toolbox, allowing kids to build even more robots and obstacle courses. Your children can perform certain tasks, such as path tracing, on the playmat that is included with the Toolbox. The main control box, a power adapter, four digital servo motors, an infrared sensor, a programmable LED light, and 357 snap-together parts make up the UBTECH JIMU Robot Builderbots Kit. Kids can construct a grabber robot or a digging robot using the kit’s components, and they can program their robot using Blockly coding.

Drag-and-drop blocks are used in Blockly coding, making it simple to use. The kid may direct their robot to move, pick up things, and do other things. Due to its infrared sensor, the robot can avoid obstructions. The robot looks more like a playful and amiable character since its “eyes” light up.

A 3D model of each phase of the building process is included in the JIMU Robot App, which connects to the robot through Bluetooth. Setting up and using the app is quite simple. A pretty cool feature of this kit is that a kid may design their own robot. The kit allows you to create your own designs rather than limiting you to one or two predesigned structures.

The high-torque servo motors make the robot’s movements more realistic whether you choose one of the two predesigned robots or a bespoke robot. Children ages 8 and above can use the UBTECH JIMU Robot Builderbots Kit. It arrives in incredibly well-organized packing, with each component clearly labeled and segregated.

Read more on: The Top 5 Best Auto Clickers for Mac Young programmers should consider Makeblock’s mBot because it is simple to assemble and comes with step-by-step 3D instructions that can be followed.

With the free software that comes with Scratch, a graphic programming language, kids may begin learning how to code. Additionally, there is an app with 60 game-based challenges to challenge youngsters and help them develop their skills. Wonder Workshop The ideal toy for introducing your children to the fundamentals of robotics and coding is the Dash robot. Dash is already created, as opposed to robotics kits that require you to build a robot. Youngsters can voice-command the bot, but Dash’s compatibility with five different apps all of which gradually expose kids to the basics of programming until they have a fundamental understanding of how coding works is more significant.

Over 20,000 schools in the US have implemented the Dash robot to assist students to have fun learning about computers and robotics. Children have the opportunity to join the Wonder League through Wonder Workshop, where they can exchange ideas and compete in robotics competitions. The best kit for building robots is the LEGO Mindstorms EV3 31313 set. SPIK3R (the robot leader), an all-terrain vehicle, a gripper bot, a robotic snake, and a scorpion bot may all be built using the 601 pieces in the kit. Three interactive servo motors, as well as sensors for infrared light, colors, and touch, are all part of the more than 600 parts and help the robots be even more receptive to input.

The EV3 kit is compatible with any LEGO building set, allowing your children to create really original structures, obstacle courses, or shooting ranges. A dedicated app that can be used on iOS and Android mobile devices is used to manage the bots. Robots are capable of being trained to think, talk, and walk.

With the EV3 software for Windows and Mac computers, kids may learn increasingly complicated coding lessons while parents can maintain older children’s and teenagers’ attention. Visit the Mindstorms website for children, parents, and teachers to get building instructions for new robots, programming and coding courses, and access to the vibrant online community for sharing concepts and robot creations. With this kit, children ages 8 and up can build one of three cosmic robots—AstroBot, Rover, or Astron—or come up with a design of their own.

Kids are taught how to create the robots step-by-step using 3D animation in the kit’s iOS and Android compatible app. Kids then go to work after downloading the Blockly app or a similar block-coding language like Scratch. They can modify the robots’ lighting and sound effects, have them move around objects physically, and even give them personality features.

Robotics can foster additional abilities like practical creativity, problem-solving, communication, and teamwork in addition to STEM literacy, according to studies. Thus, introducing your child to robotics doesn’t simply prepare them for a job as a computer programmer or engineer; it also gives them the technical and problem-solving abilities they’ll need in both school and the workplace.

In addition, research has shown that when robotics is taught in pre-K to second grade, children are also able to understand the fundamentals of robotics and programming, contrary to what you might believe. While many of these robot kits are suitable for kids as young as 3, some are more sophisticated and need youngsters ages 8 and up.

One of the less expensive robotics kits under $50 is an option for parents who are unsure of whether their kids will be interested in one. Over $100 alternatives come with additional intricacy and are frequently customizable to challenge kids as they become older and more skilled. 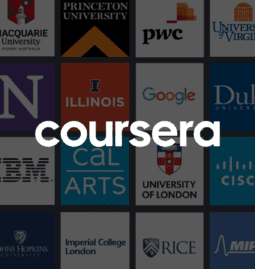 Read More
Free online courses can be a practical method to pick up new skills and sharpen ones you already have. In rare circumstances, they might even serve as a prerequisite for professional certification or academic degree. Online courses continue …