A connection to numbers exists between all of us. Perhaps it is a fortunate number, or it could be a significant date, like your wedding or the birth of your child. This makes for deeply individualized and aesthetically pleasing tattoos because it is particular to each person. Roman numerals are less frequent than the Arabic numeral system that we use every day. You can use these various configurations to denote significant moments in your life.

Romantic males frequently decide to incorporate additional items into their body art, such as a feather, a loved one’s name, or a rose, each of which only strengthens the potent significance of their ink. The placement of your piece is also crucial; you might choose a back tattoo with intricate designs or a tiny wedding ring tattoo.

1. Tattoo of Roman numerals and a clock

Due to their symbolic nature, clock tattoos are popular among guys. People who are interested in their mortality find the timepiece appealing, and they frequently associate it with life or death. Your choice of where to have the hands stop has significance as well.

This might be done to remember a child’s birth or to pay tribute to a loved one who has passed away. These patterns are frequently intricate and complex, which results in a lovely final product. However, due to how time-consuming they are, they will also be more expensive and uncomfortable to a greater extent.

In Christianity, the cross is highly revered and is viewed as a representation of the ultimate sacrifice performed by Jesus Christ on behalf of all people. Your choice to put a date could honor a loved one’s passing or it could signify the moment you came to your religion. A cross tattoo has the appeal of being personal to the individual and subject to interpretation.

We might pay tribute to significant dates or eras in our lives by using Roman numerals. The additional components you decide to include in your body art can deepen the meaning, and a feather tattoo can represent a variety of ideas. It frequently connotes freedom, knowledge, strength, and power.

Feathers are another popular addition to memorial ink. Distinct birds’ plumage also carries different symbolic meanings; for instance, an eagle is linked to bravery while an owl represents knowledge and change.

You could desire something meaningful for your next body art, and what better choice than a tattoo of roman numbers and a bird? The numerical representations serve as a reminder of significant occasions, whereas our feathery friends are connected to freedom and the symbiotic relationship between heaven and earth.

However, there are a variety of birds to select from, and your choice will alter the tattoo’s meaning. A swallow, for instance, might stand for devotion, affection, and loyalty to your family. An owl, on the other hand, might stand for wisdom, mysticism, or change.

The location of your tattoo is frequently just as crucial as the design you choose. If you want to get an especially sentimental piece tattooed, it might be a fantastic idea to choose a location where you can see it every day, like the wrist.

The significant dates and the rationale behind getting them inked can be recalled by you. There are some negatives to getting a tattoo on your wrist; it usually hurts a little more due to the thin skin and lack of muscle. Additionally, wrist jewelry ages more quickly due to exposure to the weather.

6. Roman Numerals and a Rose Tattoo

Roman numerals are a great technique to write down significant dates or lucky figures. The best thing about these tattoos is how much meaning they hold for the person who has them. Many guys choose to incorporate additional features into their design, like a rose tattoo, to make their piece more unique and special. The flower has a lot of metaphorical meaning, making it one of the most popular tattooed designs.

It stands for the harmony of good and bad; although the rose is lovely to look at, the thorns can also be dangerous. The meaning is also affected by the hue you select. For instance, while black symbolizes loss and death, crimson is connected to passion and love.

7. Roman Numeral Tattoo on the Chest

Your chest is one of the most significant places to get a tattoo because it is a large enough space for a detailed design. After all, you can have a design that is dear to your heart by doing this. It’s a great place for someone who wants to cover up their tattoos, but if you decide to take your shirt off, it will be obvious. There are many benefits, but there will be some suffering. The issue with having a chest tattoo is that most people don’t have much muscle or fat.

A name tattoo of a loved one might be a great option if you want a really personal tattoo. Roman numerals can be used to add important dates, which gives the composition even more significance. It can be a lovely way to remember the people you cherish, whether they are your mother, grandfather, child, or sibling.

Some people might also be lured to the thought of getting their romantic partner’s name or initials tattooed on them, but you should first make sure the connection will last forever. You don’t want to have to come back to the tattoo parlor for a cover-up a few weeks later because something went wrong.

Dates and names are frequently used to honor or remember departed loved ones. If you choose to have a tattoo in honor of a loved one who has passed away, you can do so in a meaningful way by getting the roman numerals of important dates, such as their birth or passing, inscribed on your skin. While there are many different ways to create a meaningful tattoo, each one is unique to the person getting it, common additions include feather tattoos and angel wing tattoos.

10. Roman numerals on the back Tattoo

Beautiful, significant tattoos can be applied to your back, which is similar to a big blank canvas. The roman numerals tattoo will stand out whether you decide to combine them with other components, such as a rose or a clock, in a detailed back tattoo design or leave them alone. Even if you won’t be able to constantly look at your body art, the message behind your choice will still be clear even if you choose not to flaunt it. It is a risky choice, but a great one.

11. Tattoo of Roman Numerals on the Arm

What better place than your forearm to get tattooed with something special to you? The spot is adaptable and doesn’t have a particularly high pain threshold. It may be a great location for your first tattoo or your tenth, which is why ink is so well-liked here. A roman numeral tattoo might look well on the forearm, among other patterns. Additionally, it is big enough to incorporate other components into your work, enhancing its significance and originality.

12. Roman numerals on the bicep

A bicep tattoo will appeal to men who want to show off their muscles and one of their body’s most macho features. Because it can accentuate the curve, the region looks great with ink, and you can flaunt it if you like. If you don’t want to flex, it is equally simple to conceal. The nerve endings on the bottom of the arm will cause some discomfort, despite the fact that getting a design in this location has several benefits.

A rib tattoo is a great place for your roman numerals design if you’re a male who isn’t frightened of some serious pain. As it rates highly on the scale of tattoo pain, it is probably not the best location for your initial ink. That is due to the area’s thin skin and close closeness to the bone. Nevertheless, rib tattoos look really fantastic and heal in a similar length of time as tattoos on most other parts of the body.

The collarbone is a spot that is simultaneously noticeable and covert. No one will know you have a collarbone tattoo unless you wish to take off your shirt, which is appealing for someone who is more private or works in a corporate environment. The area’s shape also complements something long and straightforward, such as a roman numeral pattern. Due to the close proximity to the bone, you might experience some discomfort, but you’ll probably decide it was worth it.

15. Roman Numerals on the Neck

It takes courage to get a neck tattoo. They hurt, they’re brazen, and they want attention. This is one of the most painful areas to get a tattoo on because of the dense concentration of nerve endings and the thin skin.

Additionally, it is nearly impossible to hide a piece in this location, thus getting spotted is what you desire. Although neck tattoos were traditionally only worn by thugs and criminals, the modern man is now accepting this placement for his ink. If you can put up with the agony, this is one of the coolest spots for body art. 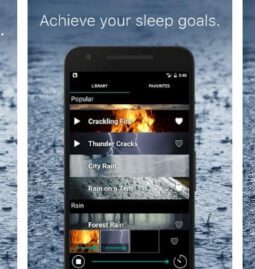 Read More
When you are fatigued and try your hardest to sleep but are unsuccessful, it is the worst feeling. Please believe us; we’ve been there. We put three white noise apps that create loops of various ambient noises to … 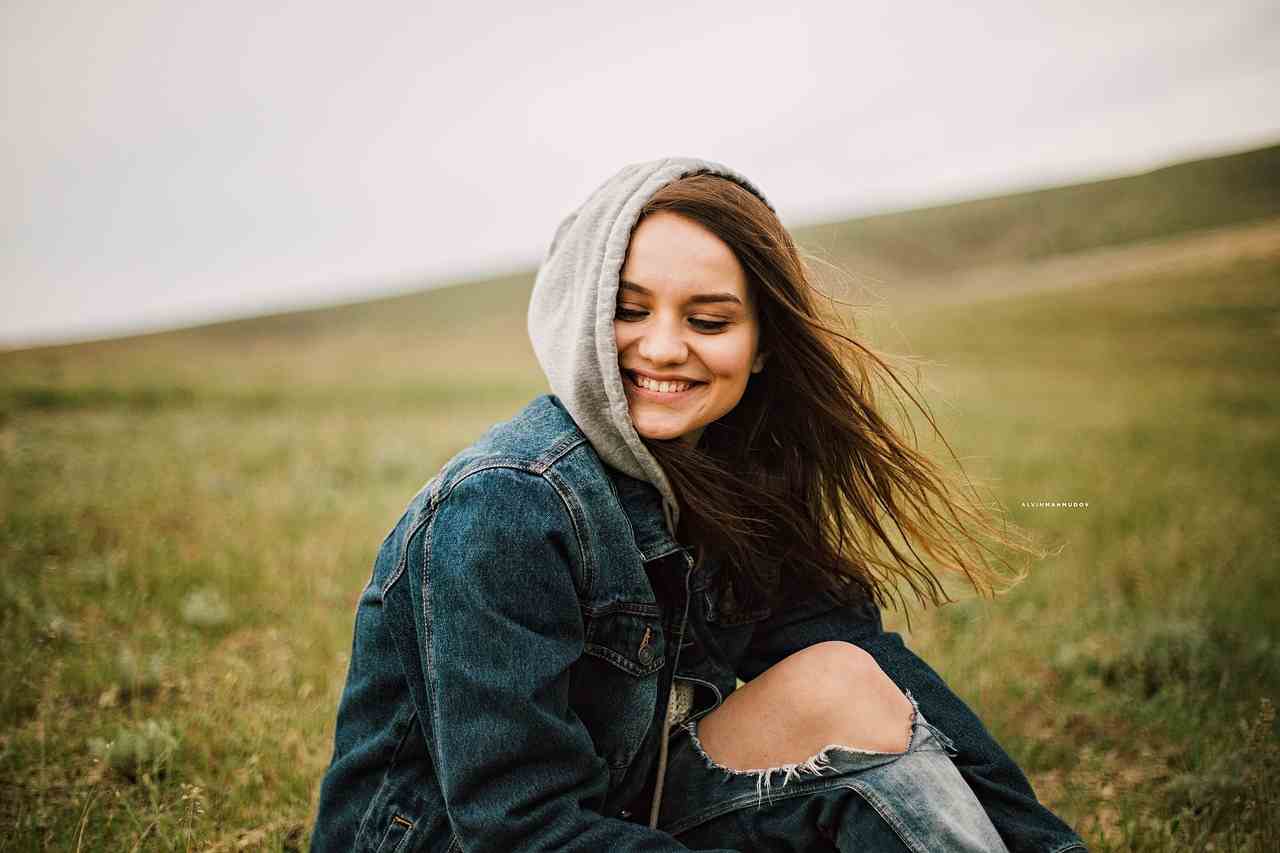 Read More
Hoodies are an essential garment that provides warmth, comfort, and a sense of smartness and trendiness. One great thing about hoodies is that they can be worn by people of different ages, races, gender and nationality. It is … Read More
You can find amusing movies, adorable creatures, and weird trends on the Tiktok site, but one of the trendiest and most practical ideas to the surface is how to work out with a weighted hula hoop. By strengthening …