The Global Peace Index ranks the world’s safest countries. The Institute for Economics and Peace, which is “an independent, non-partisan, non-profit organization dedicated to turning the world’s focus to peace as a positive, feasible, and quantifiable measure of human wellbeing and progress,” publishes this study every year. The survey looks at countries to see which are the safest, as well as which are the most dangerous.

The study includes information on 163 countries. There are 23 distinct indications used to assess whether a country is safe or harmful. These factors are categorized as follows: Militarization, ongoing international conflict, and societal safety and security

The number of internal and foreign violent conflicts, the level of distrust, political instability, the potential for terrorist actions, the number of homicides, and military spending as a percentage of GDP was all considered to construct this report.

For each of the 163 countries included in the report, a score is derived based on these characteristics. In terms of safety, the lower the score, the higher the country’s ranking.

Most safety organizations rank European countries first, with the Nordic countries performing best within that group. Here are the top 10 safest countries in the world according to Global Peace Index: Iceland is the safest country in the world for the 13th year in a row, according to the Global Peace Index. Iceland is a Nordic country with a population of 340,000 people.

Iceland has an extremely low crime rate due to its high standard of living, small population, strong social attitudes against crime, great faith in its well-trained, highly educated police force, and a lack of social and economic class tensions.

With its beautiful rugged slopes, fascinating Nordic culture, and welcoming people, it is a true traveler’s paradise that should be on everyone’s bucket list.

Trying to see the Northern Lights is one of the nicest things to do in Iceland. The night sky comes alive with stars thanks to the countries’ low light pollution, and the lights take center stage with their mesmerizing dance of green and blue colors, stunning. Theft, on the other hand, is a widespread occurrence, particularly among tourists. New Zealand has no harmful creatures, unlike its southern neighbor, Australia, which is notorious for its dangerous biodiversity.

Due to the terror attack on two mosques in Christchurch on March 15, 2019, which killed 51 people, New Zealand’s score fell marginally from the previous year.

New Zealanders are typically liberal, and there are laws in place to protect people’s right to free speech and expression. New Zealand police officers, like their Icelandic counterparts, do not carry personal firearms.

New Zealand has to be one of the most beautiful destinations on the planet, with lush foliage, appealing coastline beaches, and the most welcoming people. It is widely regarded as one of the world’s most peaceful and least corrupt countries.

Read More: 7 Unusual But Beautiful Places Should Travel To Portugal is ranked third in the world’s most peaceful countries. Portugal was ranked 18th in the world in 2014 but has recently risen to third place. Portugal, unlike Iceland and New Zealand, has armed police; yet, it appears that the country’s crime rate has reduced as a result of the enhanced police presence.
Portugal has had a recovery in its economy during the last six years, with unemployment falling from over 17 percent to under 7 percent. According to the Annual Global Retiring Index, Portugal is the best country for retirement in 2020, owing in large part to its high level of safety.

Portugal is a great option for anyone looking for a lot less expensive but equally spectacular vacation. It has become a famous tourist destination due to its stunning coastlines, interesting cities, and pleasant weather, but it is still one of the safest countries to visit.

Portugal is a fantastic destination for younger travelers looking for a fun, safe vacation without expenses. Austria is the world’s fourth safest country. Austria’s 2020 score grew by 0.011 points from 2020, but it remained in fourth place. After Sebastian Kurz’s People Party was elected in October 2017, however, the risk of violent demonstrations indicator in Austria deteriorated.

Social unrest has risen as a result of the country’s political instability. Aside from that, Austria is a fairly safe nation to visit. Serious crimes are uncommon, however, pickpockets and purse snatchers should be avoided. Furthermore, Austria has been spared any significant terrorist attacks.

Austria not only welcomes and protects solitary travelers, but it also features some of the most breathtaking scenery, including bright woods, clean lakes, and snow-capped mountains.

With its amazing architecture and art, it is the ideal spot for anyone who enjoys skiing, hiking, or simply sightseeing. Austria is also known for its stunning bodies of water, so if you enjoy swimming in nature, this is the place for you. Denmark has a high level of equality and a strong sense of shared responsibility for social welfare, both of which contribute to the safety and happiness of the country. Corruption is uncommon in both business and politics in Denmark, where honesty and trust are valued highly.

Denmark is also a welfare state, which means that everyone receives services and benefits to make their life easier. In Denmark, everyone has free healthcare, tuition-free education, and at-home care assistants for the elderly.

The Danes are supposed to be the happiest people on the planet, and it’s simple to see why given their beautiful country. Copenhagen, Denmark’s capital, is undoubtedly one of the best places for a solitary traveler to visit.

Of course, there are some more dangerous areas, such as Norrebo, but as long as you stay careful, you’ll have a terrific day.

Denmark’s cycle-friendliness is one of its best features, allowing you to tour the nation at your leisure while remaining safe.

Denmark is famed for its love of ‘Hygge’ (pronounced hoo-gah), which encapsulates the snug feeling you get when you sit by the fire with a hot beverage. According to the Global Peace Index, Canada is the world’s sixth safest country, a position it has held since 2019. Internal disputes, crime rates, and political stability all scored high marks for Canada. In addition to abundant job prospects, excellent healthcare, and efficient governance, Canada is home to some of the world’s friendliest people.

Canada’s crime rate is roughly one-third that of its neighboring country, the United States (1.6 incidents per 100,000 vs. 4.5 per 100,000 respectively). In a Gallup poll conducted in 2018, 84 percent of Canadians said they felt safe in their nation.

Canada’s inclusion on this list should come as no surprise. After all, it’s known for its extremely nice people, right?

Canada is described as a “wonderland” that doesn’t feel real, which is likely because it is one of the safest nations to visit.

The locals are friendly and considerate of both natives and visitors, so you’ll feel perfectly at home. Canada is ideal for outdoor enthusiasts and adventurers due to its tremendous natural beauty and diverse species. On the GPI, Singapore is ranked sixth. Singaporeans, according to the same Gallup research from 2018, enjoy the highest sense of personal security and have the most positive encounters with law enforcement in any country. Singapore has one of the lowest crime rates in the world, owing to the harsh punishments imposed for even minor offenses.

Singapore’s healthcare is frequently ranked among the best in the world. It has both a universal and private healthcare system. Singapore has one of the world’s highest life expectancies.

Scams are far from unknown in Singapore, which ranks second in the Safest Cities digital security index. This country is also known for being home to a large number of digital nomads.

Singapore’s Green Plan 2030 lays forth its long-term development goals. Planting 1 million new trees and reducing garbage sent to landfills by 30% by 2030 are two of its goals. The number of crimes, particularly serious crimes, has significantly dropped over time. Despite having relatively easy access to guns in the country, this is the case. Terrorism has a modest impact on the Czech Republic.

The country’s drop in ranks is attributed to its relatively heavy engagement in foreign conflicts, a high ratio of prisoners per capita, and a negative rating of its security forces and police. Japan is the world’s ninth safest country. For the past 13 years, Japan has been in the top 10 countries on the Global Peace Index, receiving high marks for low crime rates, internal strife, and political terror.

Japan’s strained relations with its neighbors, as well as the country’s self-defense forces’ growing size and power, are both causes for concern. Japan is notorious for its strict gun laws and restrictions on immigration. Carrying a firearm is not considered a personal right in Japan.

Tokyo is the safest city in the world, according to the Economist Intelligence Unit’s Safe Cities Index, ranking first in cybersecurity, second in health security, and fourth in infrastructure and personal security.

With its highly courteous community and low crime rates, Japan is one of the safest Asian nations to visit.

This country is one of the most attractive to visit because of its fairy-tale-like gardens and future high-tech cities.

When visiting Japan, you must respect their culture and follow any laws in public places, as they may be rather strict. Aside from that, it is an amazing nation to visit and should be on everyone’s bucket list. Switzerland, with a score of 1.366, rounds out the top ten safest countries. Switzerland is ranked fifth in the Safety and Security area, down one spot from last year.

Switzerland, along with several other peaceful countries, has consistently rated among the top ten weapons exports per capita over the last five years. Fortunately, Switzerland ranks fourth in the world for food security and is one of the top 10 countries with the least amount of domestic and international violence.

Switzerland, with its high standard of living, cleanliness, and delicious chocolate, is an excellent choice for people seeking a relaxing vacation.

It is one of Europe’s safest places to visit, particularly for female solo travelers. If you enjoy snow sports or trekking, you must visit the Swiss Alps; they are so breathtakingly gorgeous that they will leave you speechless. 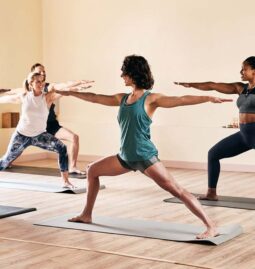 Read More
Prenatal is the period during pregnancy, while yoga is an exercise or asana specially prepared by Yoga experts for women for a given period. Prenatal on the other side is the training given to pregnant women for safe … 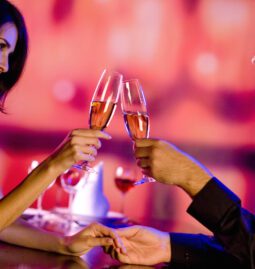