Manx actress and singer Samantha Barks gained notoriety in 2008 after finishing third in the BBC talent competition television series I’d Do Anything. She has three studio albums: Looking in Your Eyes (2007), Samantha Barks (2016), and Into the Unknown (2021). In 2012, she made her acting debut in Les Misérables, which was directed by Tom Hooper. Her work in the movie earned her a joint National Board of Review Award with the rest of the cast and the Empire Award for Best Female Newcomer. On the Isle of Man, Samantha Barks was born and raised in Laxey. Before relocating to London to attend The Arts Educational Schools (ArtsEd) in Chiswick to study for her A levels, she attended Laxey Primary School in Laxey and St. Ninian’s High School in Douglas.

At the age of three, Samantha Barks started dancing. She trained at Dancers Barre in ballet, modern, and tap before moving on to Stagecoach Isle of Man, Theatrix, Stage One Drama School, and the Manx Ballet Company.

Looking in Your Eyes, Barks’ debut album, was published in April 2007 and sold about 600 copies. She co-wrote a number of the tracks on the album, which was released on the indie label Brunswick Studios. In addition to Madness and The Who, she supported Matt Willis and the Sugababes at the Peel Bay Festival in June 2007.

Samantha Barks represented the Isle of Man in the Maltese International Song Competition in December 2007 and took home the €2000 top prize as well as the distinction of Best Foreign Singer. She sang “Play On,” a popular song in Malta, and “Nothing Else” from her album.

In 2008, Barks participated in the talent competition I’d Do Anything, where she placed among the top three candidates for the role of Nancy in the British musical OliverWest !’s End revival. She advanced to the final, where she took third place.

Tourism Minister Adrian Earnshaw changed the name of the Isle of Man to “Isle of Sam” on April 29, 2008, in support of the contest. Following a renaming ceremony, welcome signs at Ronaldsway Airport and Douglas Sea Terminal were updated.

In the live-action/animated Disney Channel television series Groove High, which debuted on the Disney Channel UK on November 10, 2012, Barks played Zoe opposite Jonathan Bailey’s character Tom. The 26-episode first season was licensed to broadcasters all around the world.

Live-action filming for the series in Ireland was finished in October 2011 after Barks recorded her voice for it in April 2010. In a January 2011 interview, Samantha referred to Groove High as follows: “I play Zoe, one of the leads who are really sweet, but also a little feisty, she tells it like it is and doesn’t take any rubbish from anybody. It’s great because I also get to do a lot of singing for the show.”

From December 10, 2011, to April 1, 2012, Barks played Nancy in the UK tour of Oliver! Although Barks had intended to perform the entire tour, he temporarily departed it on April 1 to work on Les Miserables. Cat Simmons took her position on the tour.

In July 2013, Barks performed as Velma Kelly in the Hollywood Bowl production of Chicago. Late in 2013, Barks played the romantic lead in The Devil’s Harvest, a movie with Max Irons and Barry Pepper that will be released in 2014. In a private workshop production of Bend It Like Beckham’s possible musical in October 2013, Barks played the role of Jules in a score by Howard Goodall, lyrics by Charles Hart, and a book by Gurinder Chadha and Paul Mayeda Berges.

Dracula Untold, which debuted on October 10, 2014, included Barks in a supporting role. She played the role of Baba Yaga, an angel who transforms into a wicked witch; however, her parts weren’t included in the final cut.

Samantha Barks revealed her plans to return to West End theater in the production of City of Angels in 2014, which was directed by Josie Rourke and featured musical direction by Gareth Valentine and choreography by Stephen Mear. Barks was also cast in the ensemble drama A Hundred Streets.

For the world premiere of Amélie, A New Musical at the Berkeley Repertory Theatre in California, Barks started practicing in July 2015. The performance began on August 29 and was prolonged through October 18.

It was revealed in January 2016 that Barks has been hired for the musical film Strike. Additionally, it was revealed that she would play the lead in the drama Interlude in Prague in February 2016.

From October 27 to December 3, 2016, Barks and her Groove High co-star Jonathan Bailey reunited as the leads in the Off-West End production of The Last Five Years at the St. James Theatre.

On March 12, 2017, she reunited with director Jason Robert Brown for a special performance of his musical Honeymoon in Vegas at the London Palladium, where she co-starred with Arthur Darvill.

Since the publication of her CD, Samantha Barks has continued her music career by performing at various places throughout the UK. In order to promote and play songs from her self-titled album at 13 venues, she started her first solo tour of the UK on June 10, 2016, the same day it was released. On May 20, 2017, she and special guest Kerry Ellis took the stage together at Southampton’s Mayflower Theatre for a live performance.

In July 2017, Barks performed four solo performances at Feinstein’s/54 Below in New York City, marking her debut in the country.

It was revealed in September 2017 that Barks would take on the role of Vivian in the stage production of Pretty Woman, which was originally portrayed by Julia Roberts in the movie. [The musical had its world premiere in March 2018 at Chicago’s Oriental Theatre before moving to Broadway in July 2018. She made her Broadway debut in Pretty Woman.

Samantha Barks was chosen on December 5 to play Elsa in the West End production of Frozen, which will debut in August 2021. Samantha Barks presented the Elaine Paige on Sunday radio program on BBC Radio 2 for a number of weeks in March and April 2022. 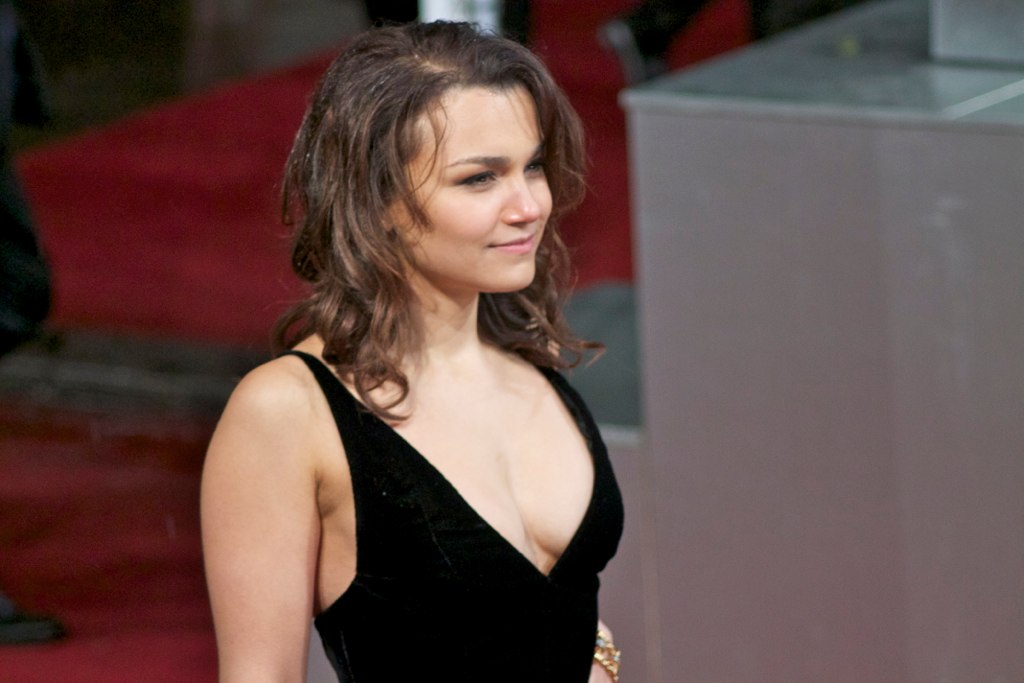 Speaking about his honors and accomplishments, on February 11, 2013, at the Elle Style Awards, Barks won Best Breakthrough Performance. She was also nominated for a Satellite Award for Best Supporting Actress in a Motion Picture. For the Screen Actors Guild Award for Outstanding Performance in a Motion Picture, the cast also put her forward.

She was also given a nomination for the Best Acting Ensemble prize from the Broadcast Film Critics Association. She also won the Empire Award for Best Female Newcomer and shared the National Board of Review Award for Best Cast.

Read More On: J.Cole: Amazing Facts About Him

She had a brief relationship with American musician, Nick Jonas, from October 2010 until January 2011. In 2010, the couple initially came into contact while working on the concert film Les Misérables: 25th Anniversary Concert.

She then briefly dated Welsh This Morning host Matt at the beginning of 2013. Between January 2013 and April 2013, they were involved.
Following her breakup with Matt, she began a relationship with British model David Gandy from May to October 2013.
In December 2013, she was seeing English actor Richard Fleeshman.

Samantha Barks is 53 kilograms (1.70 m) tall and 5 feet 7 inches wide (117 lbs). We included the most recent weight, albeit it may have changed. Her eyes are light brown, and she has dark brown hair.

This successful actress makes a respectable wage from her work, but she hasn’t yet revealed it to the media. She does, however, earn money from her career, and as of 2022, her projected net worth is $2 million. Read More
Lexi Murphy is a famous American wife. Being the wife of actor and director Max Thieriot has made Lexi Murphy renowned. Early Life On June 23, 1989, Lexi Murphy was born. USA’s Santa Rosa is where she was born. …