Sean  Hannity, an American talk show presenter, and Republican political pundit was born on December 30, 1961. He is the host of the nationally syndicated talk radio program The Sean Hannity Show and has been a Fox News commentator since 2009.

At UC Santa Barbara in 1989, Hannity worked as a general contractor and volunteered as a talk show host. Later, he worked for WGST in Atlanta and WVNN in Athens, Alabama, respectively. He worked at WABC in New York after leaving WGST until 2013. At WOR, Hannity has been employed since 2014.

Sean Hannity was born in New York City, the son of Hugh Hannity and Lillian (née Flynn). Hugh was a World War II veteran and a family-court officer, while Lillian was a stenographer and a correctional officer at a county jail. He was the lone male and the youngest of four children. His paternal grandparents were all Irish immigrants to the US. He was raised in Franklin Square, Long Island, New York.

When he was younger, Hannity delivered copies of the Long Island Daily Press and the New York Daily News. His parents initially supported President John F. Kennedy, but as time went on, they began to lean more toward conservatism. Nevertheless, they refrained from being openly political at home.

Roger Ailes, the co-founder of Fox News, hired Sean Hannity to anchor a television program in 1996, giving him his first opportunity to reach a larger audience. He and Alan Colmes co-hosted a program that premiered as “Hannity & Colmes” and lasted until January 2009. Colmes represented the liberal perspective on the program, while Hannity offered a conservative one.

Sean Hannity continued working on his radio initiatives in addition to his forays into television. Hannity began working for WABC full-time in January 1997, starting in the late-night time slot. In January 1998, he switched to the afternoon drive-time slot. He held this position for him through the end of 2013. Hannity has been hosting the 3-6 p.m. time period on New York City’s WOR since January 2014.

On September 10, 2001, Hannity’s radio show, “The Sean Hannity Show,” went into national syndication and was subsequently broadcast on more than 500 stations across the country. The program is a conservative political talk show that mostly focuses on Hannity’s personal ideologies and comments on current affairs, politicians, and events. He extended his agreement with ABC Radio (now Citadel media) for a five-year, $25 million contract in 2004 to run the program until 2009. Then, in 2008, Citadel Communications and Hannity agreed to a $100 million, five-year deal (who bought ABC radio in 2007).

The Sean Hannity Show has more than 13.5 million weekly listeners as of March 2018. Hannity was named No. 2 on Talker Magazine’s annual Heavy Hundred list in 2017 due to the popularity and reach of his program. In addition to being honored with a Marconi Award from the National Association of Broadcasters in 2003 and 2007 for Network Syndicated Personality of the Year, he was inducted into the National Radio Hall of Fame in November 2017.

Episodes of “Hannity” are broadcast live at 9 p.m. every Monday through Thursday; the Friday edition is typically a rerun. It is the most popular cable news program at that time period. The program typically includes lengthy monologues that summarize the day’s happenings as well as the political and legal examination of a range of subjects and problems.

Read More: Ben Shapiro: About His Career, Net Worth And Wife

Hannity has written four novels. Released by ReganBooks in 2002 and 2004 respectively, Let Freedom Ring: Winning the War of Liberty over Liberalism and Deliver Us from Evil: Defeating Terrorism, Despotism, and Liberalism. Both of these works made it to the New York Times bestseller list for nonfiction, with the second remaining there for five weeks.

While en route to his radio show, Hannity dictated a large portion of his two books, claiming he was too busy to write many more.

Conservative Victory: Defeating Obama’s Radical Agenda, Hannity’s third book, was published by HarperCollins in March 2010. The book earned Hannity’s third No. 1 bestseller in the New York Times. His Forth Book is Live Free Or Die: America (And The World) On The Brink.

During the 2016 presidential election, Hannity faced criticism for making inaccurate accusations regarding election tampering in interviews. In response, Hannity pointed to Mitt Romney’s failure to win any votes in 59 of 1,687 Philadelphia voting districts during the 2012 presidential election as evidence of election tampering. However, FactCheck.org and PolitiFact discovered that given how predominately African-American those election districts are, this was not unusual. Ryan Godfrey, an election inspector in Philadelphia, also disputed Hannity’s assertion.

After the 2020 election, Hannity boosted bogus allegations of election fraud[99], including by having former Trump attorney Sidney Powell appear on his Fox News program and make unfounded statements about the subject. [100] The House Select Committee on the January 6 Attack is looking into any possible prior knowledge that Hannity may have had in 2022.

The committee learned that Hannity contacted White House chief of staff Mark Meadows on December 31, 2020, saying, “I do NOT see January 6 happening the way he [Trump] is being told.” Despite the lack of any solid proof, Hannity demanded in December 2020 that a special prosecutor looks into Trump’s allegations of voter fraud.

In May 2022, The Washington Post claimed that Hannity took part in a conference call on methods for contesting the validity of the vote days after the 2020 presidential election. Senator Lindsey Graham, Trump’s personal lawyer Jay Sekulow, Oracle Corporation founder Larry Ellison, and True the Vote attorney James Bopp were all present in the conversation.

Hannity made anti-gay comments during his radio program for KCSB, which caused controversy in 1989. He termed AIDS a “gay disease” and said that important information was being withheld from the public by the media. Gene Antonio, a Lutheran clergyman, and anti-gay activist was a guest on two episodes to talk about his book The AIDS Coverup: The Real and Alarming Facts about AIDS. In the book, Antonio makes the assertion that close contact between sneezes can transfer AIDS.

Antonio was encouraged by Hannity’s claims that homosexual males ingesting each other’s feces caused AIDS to spread, that homosexuality was a “lower form of behavior,” that having homosexual relations was like “playing in a sewer,” and that homosexuals were “filled with hatred and bigotry.”

When a lesbian station employee called into the program, Hannity responded, “I feel sorry for your child.” The statement “anyone listening to this show that believes homosexuality is a normal lifestyle has been brainwashed,” was attributed to Hannity at the time.

In 2017, Hannity expressed regret for the remarks, calling them “ignorant and embarrassing.”

Other Venture and Projects

A published author, Hannity. Let Freedom Ring: Winning the War of Liberty over Liberalism, his first book was released in 2002. Deliver Us from Evil: Defeating Terrorism, Despotism, and Liberalism, his second book, was released by ReganBooks in 2004. Both of these made it onto the New York Times bestseller list for nonfiction, with the latter being there for five weeks.

In 1993, Hannity wed Jill Rhodes. They are parents to two kids and live in Naples, Florida, and Long Island, New York, respectively. It was discovered that Sean and Jill had actually divorced a year earlier in June 2020.

He is a devoted Christian who, nevertheless, has left the Catholic Church due to “too much-entrenched corruption.”

Hannity has a $300 million net worth. Sean Hannity makes $40 million per year from just his radio and television appearances. He receives $25 million from Fox News every year. The remainder of the compensation is primarily funded through a 2019 radio syndication agreement with Premiere Networks. Through his many efforts, he made $45 million between June 2018 and June 2019. He made $43 million from June 2019 to June 2020. 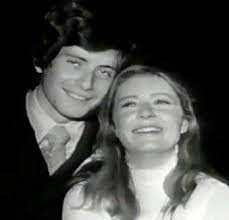