Shaquille O’Neal (born March 6, 1972) is a former professional basketball player in the United States who now works as a sports analyst for the television show Inside the NBA. O’Neal is widely recognized as one of the all-time great basketball players and centers. He is a 7-foot-1-inch (2.16 m) and 325-pound (147 kg) center who has won four NBA championships in his 19-year NBA career with six different clubs.

Who Is Shaquille O’Neal’s Wife?

O’Neal filed for divorce from Shaunie at a Miami-Dade Circuit court on September 4, 2007. Shaunie later said that the pair had reconciled and that the divorce had been withdrawn. Shaunie, on the other hand, filed an intent to divorce on November 10, 2009, citing irreconcilable differences.

Until March 2022, Shaq never spoke much about his breakup with Shaunie. He revealed the split on April 19, 2022. “I was bad,” he admitted after taking all of this on himself. “She was awesome,” says Shaq.

He also stated, “It was all me.” We don’t need to talk about what I was doing, but I wasn’t protecting her and protecting those vows. Sometimes  You live that double life and get caught up. I’m not going to say it was her. It was all me.” All of his comments about their relationship show that he is dissatisfied with the decision he made in 2011.

From 2010 until 2012, O’Neal dated reality personality, Nicole Alexander. Shaq has been dating model Laticia Rolle since 2014.

Who Is Shaunie O’Neal?

Shaunie O’Neal is an actress, producer, and philanthropist from the United States. She is the creator and producer of the hit VH1 television show ‘Basketball Wives,’ which follows the lives of women who are romantically linked to professional basketball players. Being one of the highest-rated shows on television, She has played a key role in the show’s popularity. Shaunie took use of her status by launching a show called ‘Let’s Talk About It.’ It focuses on resolving women’s difficulties and raising awareness about female entrepreneurship. She has received a lot of praise throughout the years for her habit of speaking up for what is right.

She addressed her ex-husband Shaquille O’Neal about his problems in the past. Due to rumors of adultery on both sides, the pair stayed in the spotlight throughout their marriage. The news reached the top pages of tabloids and publications even after the couple divorced. The most talked-about topic was the divorce settlement, which is still a secret.

Shaunie O’Neal was born in Wichita Falls, Texas, on November 27, 1974. Va’shaundya Karlette Nelson was her given name at birth. She and her family relocated to Los Angeles when she was ten years old. She studied at the University of Southern California and graduated with honors

FOX Entertainment employed Shaunie as a film marketer. After dating NBA center Shaquille O’Neal, she rose to prominence. She has starred in a number of television shows, including Basketball Wives, which follows the lives of the wives and girlfriends of NBA players and highlights the glamorous side of their lives.

She was a part of the Mission Christmas Eve for the Homeless in 2012 and 2013. She has launched her own footwear line in collaboration with Chinese Laundry. The shoes are stylish and trendy, with prices ranging from $79.95 to $200. She also produces various VH1 television shows. Shaunie, one of the most successful producers, believes in supporting projects that she can identify with. She recently launched a new show called ‘Let’s Talk About It.’ She does this by visiting groups that empower women from all walks of life and encourage them to stand on their own two feet.

Shaunie held a Louis Vuitton Rodeo Drive red-carpet shopping charity event in 2011 with singer Brandy. Flo Rida, Amber Rose, Elise Neal, and Eva Marcille were among the famous people who attended the event. The event’s proceeds went to Shaunie’s own foundation for impoverished children. She attended the Los Angeles Gala for Habitat for Humanity in 2012. She’s also recognized for advocating for women’s and children’s rights.

She recently hosted an event focused on inspiring women and discussing women’s issues. The ‘Let’s Talk About It Empowerment Series’ is hosting this event. Shaunie hopes to raise awareness and support women entrepreneurs through a series of events.

Shaq was swiftly rising to fame in the early 1990s, pursuing careers in both rap and film, featuring in films such as “Blue Chips” and “Kazamm.” In addition to “Curb Your Enthusiasm” and “The Parkers,” he has been in guest parts in a number of other films and television shows. “Shaq Diesel,” his first rap album, was released in 1993 and was certified platinum. Under the name DIESEL, he continues to DJ and produce music. Throughout his career, Shaq has appeared in a number of video games.

Shaquille O’Neal was born in Newark, New Jersey to Lucille O’Neal and Joe Toney. When O’Neal was a baby, his father was hooked on narcotics and went to prison for drug possession. Shaq’s parents never married, and his father fled soon after his release from prison, just after Shaq was born. For decades, O’Neal was estranged from his father. His mother married Phillip Harrison, a sergeant in the United States Army when he was two years old. While growing up, O’Neal was a member of the Boys and Girls Club of America, which he credits with keeping him off the streets. The family went from Newark to Germany and then to Texas.

Shaq began to attract recognition for his basketball skills while still in high school. He led Robert G. Cole High School in San Antonio to the state championship in his senior year. O’Neal went on to become a two-time SEC Player of the Year and a two-time All-American at Louisiana State University. In 1991, he was also awarded the Adolph Rupp Trophy as the NCAA men’s basketball player of the year.

In 1992, the Orlando Magic selected O’Neal first overall. He was chosen Rookie of the Year and voted an All-Star starter a year later, which had not happened since Michael Jordan. Shaq helped the Magic to their first playoff series in his second season with the team. They advanced to the finals the next year but were defeated by the Houston Rockets.

The 1995-96 season was marred by injuries for much of O’Neal, but the Orlando Magic still concluded with a winning record. O’Neal and the Magic won the first two rounds of the playoffs that year but were eventually defeated by Michael Jordan’s Chicago Bulls in the finals.

O’Neal was a participant on the men’s Olympic basketball team in Atlanta in 1996. That squad went on to win the gold medal at the Olympics. As tensions between his coach, teammates, and the local Orlando media grew during the Olympics, O’Neal declared his plans to join the Los Angeles Lakers. O’Neal was offered a seven-year, $121 million contract by the Lakers. This pairing put O’Neal on the same squad as a teenager Kobe Bryant, putting two of the game’s biggest names together. However, despite his promising first few years with the Lakers, they were unable to win a title. O’Neal struggled with injuries and personnel changes until the team’s leadership changed.

The hiring of former Chicago Bulls coach Phil Jackson in the 1999-00 season put the Lakers on a course to becoming a dominant force for years to come. O’Neal was pushed by Jackson to improve his defense. Shaquille and the Lakers won the NBA championship that year, and they would win it again the next two years. In 2004, the Miami Heat acquired O’Neal as part of a trade. Shaq agreed to a five-year, $100 million deal with the franchise the next year.

He might have requested more money, but he declared that he wanted to win another championship. The Heat won their first championship and O’Neal’s fourth the following year, defeating the Dallas Mavericks.

Long-term contracts with teams have come to an end for O’Neal beginning in 2008. He was moved to the Phoenix Suns the next year, where he failed to make the playoffs for the first time since his rookie season. He was traded to free up funds at the end of his first season with the team. More one-year contracts followed, including ones with the Cleveland Cavaliers (where he played alongside LeBron James) and the Boston Celtics, where he played his final season.

Shaquille O’Neal is a former NBA player, entrepreneur, television host, and product endorser from the United States. Shaquille O’Neal is worth $400 million as of this writing. Shaq made $292 million in salary alone throughout his NBA career. During the same time span, he earned more than $200 million in sponsorships. Shaq still earns roughly $60 million per year from endorsements and other business ventures, despite the fact that he has been retired for several years. 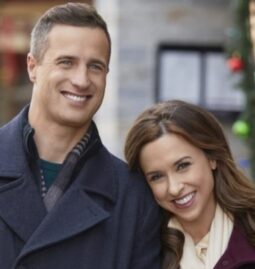 Read More
Perhaps if David Nehdar didn’t marry Lacey Chabert, we most likely would not have heard from him. If you think that his marriage to Chabert meant that he would be more out there, then you probably don’t know …