An American actress, activist, and filmmaker by the name of Sonja Sohn, Sonja Denise Plack is best known for playing Baltimore investigator Kima Greggs in the HBO drama The Wire (2002–2008). She is also well known for playing Samantha Baker in the ABC series Body of Proof and for co-writing and starring in the indie film Slam. She became the head of the ReWired for Change community initiative in Baltimore as a result of her work on The Wire. 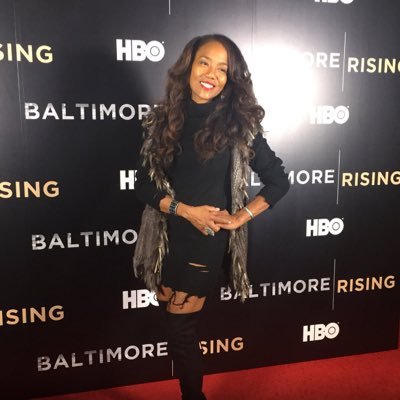 As Sonja Williams, Sonja Sohn was born on May 9, 1964, at Fort Benning, Georgia, in the United States. Her father is of African-American descent, while her mother is of Korean descent. After the Korean War, her father was stationed in South Korea, where they first met.

She obtained her diploma from Newport News, Virginia’s Warwick High School. She then enrolled at Brooklyn College, where she started writing poetry.

Read More On:Rita Ora: A Walk Into Life Of This British Singer

Sohn was a slam poet before she became an actress. Marc Levin noticed her as she was presenting her work on stage and offered her a part in his film Slam. She co-wrote the movie’s narrative and added lyrics as well. It later went on to win the Sundance Film Festival’s Grand Jury Prize for Dramatic Film.

Sohn made his acting debut in Slam and afterward had small parts in movies like Shaft and Bringing Out the Dead. She appeared in the independent films The Killing Zone, G, and Perfume. She played Detective Kima Greggs for the whole run of the HBO series The Wire’s five seasons.

She had difficulties remembering her lines during the first season of The Wire and contemplated quitting. Additionally, she has appeared as “Toni Halstead” in numerous episodes of Cold Case. For her role in The Wire, she took home the supporting television actress prize at the 2008 Asian Excellence Awards.

In the Hollywood film Step Up 2: The Streets, she played a minor part. She made an appearance as a guest star in the ABC drama Brothers & Sisters in 2008–09, and in a CBS drama called The Good Wife episode in 2010 as well. She appeared as a guest on the program Bar Karma in 2011.

She portrayed Detective Samantha Baker in the first two seasons of the medical drama Body of Proof, which premiered on ABC on March 29, 2011, and starred Dana Delany and Jeri Ryan.

It was revealed on May 30th, 2014, that Sohn would be appearing in season 2 of The Originals in a recurring capacity as the witch Lenore, a.k.a. Esther Mikaelson.

With the 2017 HBO documentary Baltimore Rising, Sohn made her directorial debut. The film is about the 2015 Baltimore protests and community organizations that were in response to police violence.

Sohn, who had previously been active in politics (she worked as a campaigner for Barack Obama’s presidential campaign in North Carolina in 2008), took a hiatus from acting in 2009 to focus on social concerns. She is the founder and CEO of the Baltimore-based nonprofit organization reWIRED for Change, an outreach program designed to engage at-risk adolescents involved in criminal activities and ultimately rehabilitate them.

The Wire episodes are used as a teaching tool in this program, which is administered out of the University of Maryland School of Social Work. Participants are encouraged to reflect on and question their life and past deeds. Board members include additional The Wire performers and writers. The Harvard Black Men’s Forum honored her with the Woman of the Year award in 2011.

Adam Plack, an Australian musician, and Sonja Sohn were wed. In 2003, they had already become husband and wife.

Producer and composer Adam Plack are from Australia. Despite not being as well known as his wife, he has a very high net worth thanks to his successful job. He has, regrettably, kept his salary and net worth a secret.

Sonja Sohn and her husband, though, were unable to patch things up. They were wed for eight years before deciding to get divorced in 2011. Some stories claim that Sonja’s drug use, which led to turmoil in her family, was the cause of their divorce.

Sonja Sohn experienced many highs and lows throughout her life. She was able to create news in July 2019 following her divorce from her spouse. Around two in the morning, she was taken into custody in North Carolina, which created quite a commotion in the business.

Sonja Sohn’s possession of cocaine was the cause of her arrest. She was also alleged to have marijuana and drug paraphernalia on her at the time of the arrest. However, Sonja was quickly freed after putting up a $1,500 bond. She keeps herself busy with her profession and activities in addition to living a messy life.

Sonja Sohn, a Chi actress, was detained for drug possession over the weekend in North Carolina.

Sonja Sohn received citations for operating a vehicle with a revoked license and an expired registration after being stopped by Dare County police, according to CBS17.

A K-9 alerted to the presence of a controlled narcotic during the stop, which prompted a search of Sohn’s car. In a purse in the car, police discovered marijuana paraphernalia and an undetermined amount of cocaine.

Soon after being detained, the actress posted her $1500 bail and was allowed to leave the sheriff’s department. A cast member of the popular Showtime series has experienced problems before.

Jason Mitchell, who starred in The Chi, was fired from the show and dumped by his agent back in May when it came to light that he had allegedly been the subject of many sexual harassment accusations.

Actress Tiffany Boone reportedly had to call her fiancé, Dear White People actor Marque Richardson, to come to the set when the two were filming sequences because conditions on the show were that poor.

Sonja Sohn has had a fairly successful career in show business, winning accolades and building a net worth because of her talent.

Sonja Sohn’s acting job is the primary source of her wealth. Sonja has contributed to a number of TV and film projects, including The Originals, The Wire, and The Chi, as both an actress and a director.

Sonja Sohn’s first film as a director was the documentary Baltimore Rising. She has a net worth of $1.5 million as a result of her acting and directing careers.

Taking a little break from her acting career, the actress is also the founder of ReWired for Change, a non-profit organization that serves young people who are entering and exiting the juvenile justice system. Her career life is excellent, but we cannot say the same about her home life.

Who is Adam Plack?

Adam Plack is a didgeridoo performer, composer, and producer of Australian descent who hails from East Brighton in Melbourne. He relocated to New York City in 1991 and put out four albums before turning to the creation and composition of music for meditation in collaboration with Deepak Chopra.

Plack is a member of a musically inclined family. From an early age, he pursued classical violin, piano, guitar, and vocal studies. In the end, he found inspiration in the Australian scenery and also appreciated the improvisations on his father’s jazz CDs. With Johnny “White Ant” Soames, Plack started playing the didgeridoo in the early 1990s and started recording in 1992 with the album Dawn Until Dusk (Tribal Song And Didgeridoo).

Two years later, the trio released their second album, Winds of Warning. Additionally, he has worked with David Gulpilil and other Indigenous musicians.

Plack has released two albums while performing and recording as “Nomad.” At the 1995 ARIA Music Awards, the first one, Nomad (1994), was up for an ARIA Award for Best World Music Album. Awarded the 2001 ASCAP Rhythm and Soul Music Award, the track “With You” from the Songman (1999) album peaked at number two on the Billboard Dance charts.

Since then, he has collaborated extensively with Deepak Chopra on meditation music, including A Gift of Love (1998), which features translations of Rumi’s writings. The CD Coco De Mer, which features Plack’s new-age renditions of classical arias, was released in 2002. Plack is a life coach who resides and works in Los Angeles. Read More
Jessica Gadsden hasn’t been extremely involved in the media despite doing well on her own. Jessica works as a personal trainer, gym consultant, and fitness coach. Read More: Jada Crawley: About The Early Life, Career And Net Worth Of Chris …