The strongest kids in the world are kids who have done the exemplary act, which is likely beyond their age. Being a strong kid is not a day’s job, most of these kids have undergone rigorous training to have such powers. Being powerful or strong is also a great gift that needs to be built on with consistent training.

The kids have powers to carry out activities like lifting, punching, bodybuilding, striking and a lot more. Although most people have frowned on making a kid pass through strenuous training, it has been established that the strenuous work will have no side effect on the kids. With proper diets and training, this exercise will not affect the children negatively.

List Of The Top Ten Strongest Kid Ever In 2022

This article will list the strongest kids in the world and their achievements.

Bo Jenson is currently the strongest kid in the world. The 11-year-old boy from Kansas, Topeka, started powerlifting during the COVID 19 pandemic. He described it as a way of overcoming boredom from his video games. Bo Jensen trains three days a week for about an hour.

Bo Jensen performs deadlift training under his father supervision in their family’s garage. His father is also an award-winning weightlifter with several medals. Bo Jensen broke the record at the U.S powerlifting meet in Nebraska, where he competed with several adults hitting 182lbs in squats, 231 lbs. in the deadlift and 92 lbs. in bench. He also won the strongest kid title in Florida at USA nationals.

He was invited to Steve Harvey’s show where he lifted a Chevy Silverado truck. While the show was going on, the strongest man in the world Martins Licis showed up to cheer him up. Thereafter he lifted two pickup trucks which were estimated to be 10,000 pounds.

His greatest dream is to break every world records that have not been achieved since 1980. Jenson enjoys travelling, reading, playing piano and baseball. He is a third-grade student at McCarter elementary school in Topeka.

Liam was born on the 1st of September, 2005, in Michigan, United States of America. He was adopted by Mr and Mrs Hoekstra when he was a baby. He surprised everyone by doing an iron cross at five-month, he also displayed strength and power above his age group.

He was able to acquire abs and biceps (six-packs muscle) at the age of three, earning him the name “mini hulk”. Liam was diagnosed with myostatin deficiency disease which is responsible for his excessive muscle build-up. His muscle mass grow rapidly with no negative effect on his body, his body was 40% with a little bit of fat. The story about hid muscle hypertrophy was documented and filmed by nine lives media out of great Britain

He started walking at five months, climbing the stairs at six months and he could do a chin-up at 12 months. Liam could slam a body of 6’5,250 lbs. with a single hand. He was the strongest toddler as early as when he was three years old. He won the annual punchki eating contest in 2015. He could eat all day with no effect on his muscle mass. His net worth is $2.5 million which he earned from his career as a reality star.

Evnika is one of the few females on the list of the strongest kids. Evnika was born 12 years ago in a Kazakhstan family with her father and mother being a boxer and an athlete respectively. Evnika developed an interest in boxing from her siblings and father who are all boxers. She began her career in boxing at the age of five years old.

Evnika sees her father who is also her coach as her greatest mentor in the boxing industry. Her father doesn’t allow her to practice with her other siblings, so she won’t injure them. She sees herself as her greatest competitor. She has featured in several shows and interviews, inspiring the young girls out there.

Maryana Naumova is a Russian born powerlifter, with a speciality in a bench press. Maryana was born on the 22nd of April, 1999. She began her career in weightlifting at age of 10 by lifting a 220 pounds object.

She was able to bench 70 kilograms at 12 years old, making her the youngest girl to ever achieve such a feat.

She was the first under 18 female to participate in a professional powerlifting tournament. She has set more than 15 world records including the Arnold classic, by lifting 330 lb. she was awarded the title of Master of Sport of Russia.

She was also awarded the “friendship of the people” title in honour of her humanitarian work all around the world. She is also a human rights activist ensuring there is equity injustice.

She is greatly inspired by Arnold Schwarzenegger whom she wished to become the American president. Maryana in one of her interviews said, she never thought she will be accepted by the American audience.

She stated she wishes to see an American-Russia unity. She is tagged as the princess of the barbell on Facebook and other social media outlets.

Yang is one of the strongest kids from china. Yang began powerlifting at nine months when he lifted an oil drum weighing 11 pounds. At seven years, yang weighs 110 grams with food being the most contributing factor.

Yang has power enough to pull cars, piggyback his father who weighs 90kg and carry 200 pounds of cement at the age of seven. When asked how he got such power, he will tell them it’s because he is fat. Yang Jinlong is known for his chubby and cheeky smiles and people are always excited to see what he will lift next.

Richard is a Ukrainian born actor, martial artist and bodybuilder. He was born on the 15th of April, 1992 in a village in Ukraine. His father was a martial arts world champion while his mother was an aerobic competitor.

His father introduced him to taekwondo training which includes stretches and light weight lifting. He practices every day doing 600 push-ups, 600 sit-ups and 300 squats.

He was named the strongest boy in the world and nickname “little Hercules” at the age of six. He could lift 82kg and 95kg on the standard bench-press at six and nine years. He is strictly on healthy diets which are mainly green leafy vegetables. Richard has travelled to various parts of the world for promotions, ads campaign, and photo-shoot for magazines. He joined the acting profession with his debut being the “little Hercules in 3D”

At 15 years, Richard can do splits and bench-press 3 times his body weight. He has been featured in several roles and movies since then. He lost interest in bodybuilding since his father left for prison.

His father was arrested for physically abusing his wife and threatening murder. Richard is currently a stunt man at the universal studios Hollywood “water world” show. As a stuntman, he sets himself on fire, gets shot and plunges off a platform that is 50 feet to the ground.

Richard is using his resources to create awareness of childhood obesity. He wishes to be a NASA engineer in future.

Andrey was born on the 28th of March, 2005 in Ukraine. He enrolled in school at the age of five and has been bulking since then. He broke the Ukrainian national record for consecutive 4000 pushups within 2 hours and 29minutes.

He broke the record by completing 6000 push-ups within the same time. Andrey loves fishing and sailing during his leisure time. He is also a social media influencer with fans on Youtube, Facebook, Instagram and Twitter.

Giuliano Stroe is also one of the strongest kids in the world. The Romanian child bodybuilder was born on the 18th of June, 2004.his father encouraged him and his brother Claudio to start bodybuilding.

He set the record for the fastest ever ten metres (33 ft) hand walk with a weighted ball between his legs. This was recorded in the Guinness book of world records. He broke another record in 2010 for the number of 90 – degree push-ups, he was able to do 20 push-ups beating his previous records of 12 push-ups.

He improved to doing 40 90- degree push-ups in 2011. Giuliano is the first and youngest gymnast to ever have a record in the world Guinness book. He has achieved several feats that are numerous to mention.

His father has been criticized for subjecting his sons to torture in the name of bodybuilding. His father replied in one of his interviews that hard work and exercise are always good. His mother also added that bodybuilding is a natural gift from God and cannot be forced. His net worth is about $1 million.

Ryusei Imai is also known as “Mini Bruce Lee” or “Bruce Lee Little One”. Ryusei was born on the 16th of April, 2010 in Japan. He started picking interest in martial art at the age of seven. Ryusei admires the legend Bruce Lee who is a pioneer of martial arts. He is majorly known for “Jeet Kune Do” Martials which was founded by Bruce Lee

His father trained him on Bruce Lee’s martial art, which put his feet on Bruce lee’s way of attack. He delivers punches, kicks and strikes just like Bruce Lee. His father released a video of him performing the “Nunchaku skills” exactly the way it is being done by Bruce Lee. This video gave him popularity and earned him the title of the strongest kid in the world.

He has often been referred to as the reincarnation of Bruce Lee. He has been invited to several shows and interviews including the Steve Harvey show. He was also invited to the Singapore based martial arts organization in the United States. He has over 100 thousand followers on his social media accounts like Twitter, Facebook, Instagram and others. His net worth is estimated above $5 million.

Senter is not only strong but also popular all around the world. Senter was born on the 18th of December, 2000 in Georgia. He is a fitness instructor with his workout guide recorded on a DVD. He is a well-known bodybuilder and is popularly called the “workout kid”. Senter showed his impressive eight packs to the world in 2011 although doctors raised alarm on the effect of his workout on his body.

He has been featured on several shows and interviews including Anderson COOPER 360, Good Day Atlanta and others. He is a workout teacher who has influenced many kids into his workout team. His main goal is to reduce obesity among children by sweating the fats out. His net worth is $1million.

Being powerful and strong is a gift that is not given to everyone. The kids listed above are the strongest in the world. They have been able to achieve this title by breaking records and doing almost impossible acts.

This has earned recognition, fame and wealth in the world. Some of the kids started showing their strength as early as five months, some have defeated adults in some competition and many others. I hope this article will encourage parents out there to allow their kids to explore their strengths and flex their muscles. This will go a long way in preventing childhood obesity. 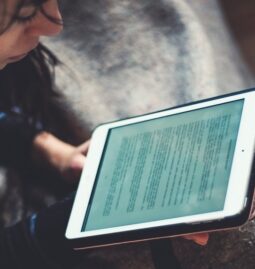 Read More
As long as your wifi is active, you can choose from millions of free books now from the comfort of your couch in every imaginable subject. These books are fully legal and free to download because they either … Read More
Sports streaming online is becoming simpler thanks to websites made specifically for this purpose. It’s not the most appealing notion to pay for yet another service, especially if you don’t have the time or money to commit to …